You are here: Home / Sports / NFL / 3 NFL Teams With Most To Prove During This Preseason 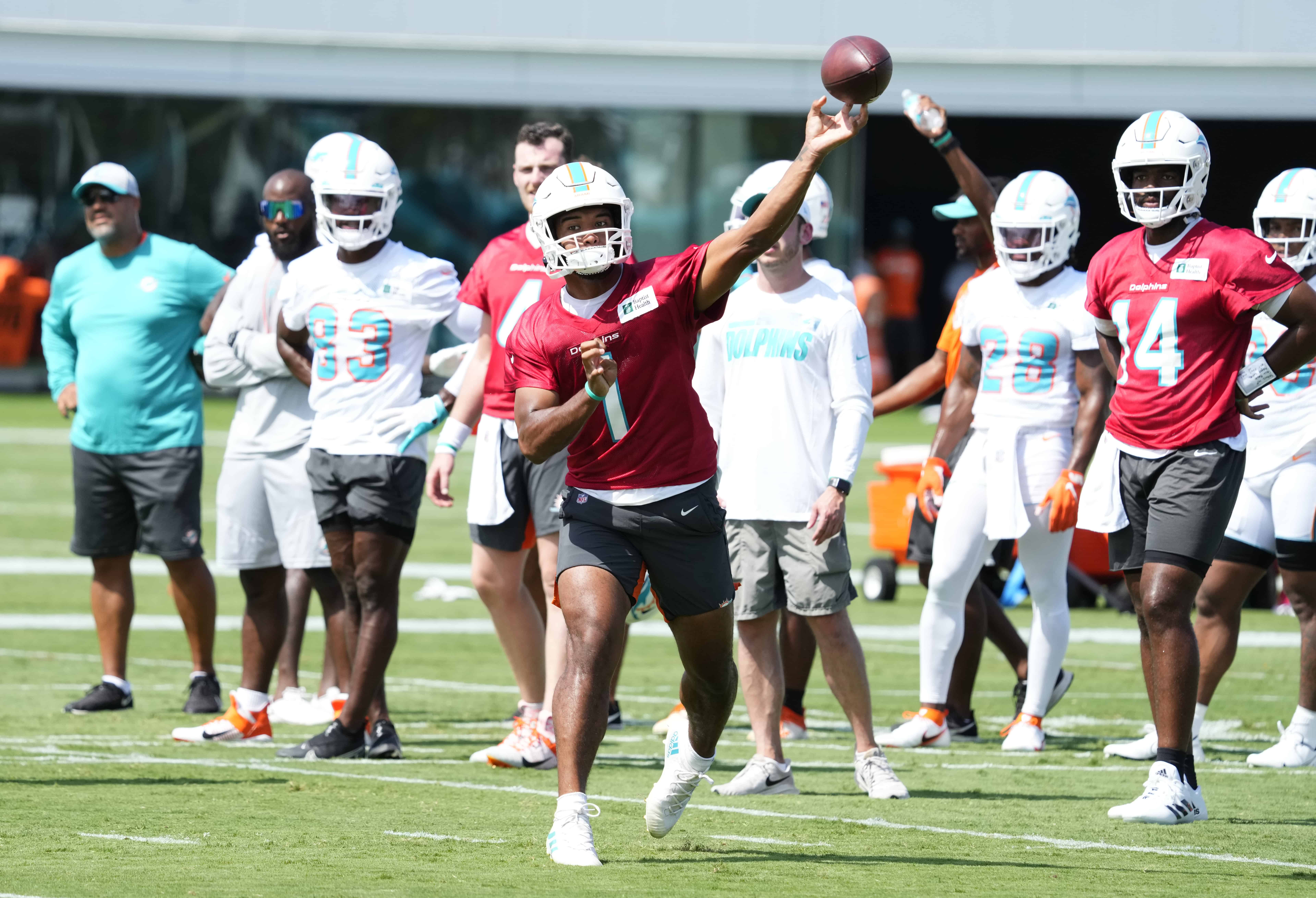 The NFL preseason kicked off on Thursday night with the Hall of Fame Game as the Pittsburgh Steelers and Dallas Cowboys squared off.

It’s the first tilt of the 2021 NFL season, and was the first preseason game played since 2019 due to the pandemic.

Teams use the preseason differently to help get their players prepped and ready for the regular season.

It will be intriguing to see which teams feel game action is the best way to get their starters ready to play, and which other franchises elect to take a more cautious route.

While the level of “sneak peek” that we’ll get from each team will vary, certain previews of what is to come will be more scrutinized than others.

There are players, coaches, and franchises that will be under the spotlight this preseason more than others.

We’ll hone in on the three NFL teams whose spotlight will shine the brightest this preseason as fans look for hints on what is to come.

What a difference a year makes for Miami Dolphins quarterback Tua Tagovailoa.

At this time last year, the narrative centered mostly around whether his health would cooperate for an entire season, and when the prized rookie would make his entrance into the starting lineup.

The Dolphins threw away an entire season to select a quarterback whom they could build around for the next decade, and “Tanking For Tua” was a singular focus in South Florida until the 2020 NFL Draft.

However, Tagovailoa’s first year was shaky at best.

He had a few solid games, but also needed to be rescued from a couple of fourth quarters by veteran Ryan Fitzpatrick.

No such insurance policy exists for the Dolphins in 2021, and Tagovailoa will need to start to show that he’s the man to lead Miami back to the postseason in the month of August.

The Los Angeles Rams kicked off the 2021 offseason in style in mid-February, sending quarterback Jared Goff to the Detroit Lions for veteran Matthew Stafford.

Save for Goff’s first season, the Rams have been pretty competitive with him under center, inclusive of their Super Bowl appearance in the 2018 campaign.

However, it was clear after last season that the organization was growing tired of Goff’s limitations, and wanted to upgrade the position in hopes of making a run in the division and the conference.

Stafford’s track record is not the most glamorous in terms of wins and losses, but he does provide the team with an opportunity to make unscripted plays and move the ball downfield more than Goff did.

It was a bold move for a franchise that did not necessarily need to make a blockbuster deal, but Stafford will need to stay healthy and show he’s capable of leading Los Angeles back to the big game.

Speaking of teams that didn’t necessarily need to make a blockbuster trade in order to compete, the San Francisco 49ers certainly made waves in the weeks heading up to the NFL Draft.

Incumbent quarterback Jimmy Garoppolo had been a respectable leader of the offense since he arrived in the Bay Area, and led the team to a Super Bowl appearance in the 2019 season.

His biggest issue, along with San Francisco’s in general in 2020, was some awful injury luck.

Logic would’ve dictated that increased availability from Garoppolo, Nick Bosa, Deebo Samuel, and other players would’ve resulted in a bounce back year.

Instead, the team decided to trade up in the NFL Draft to select rookie quarterback Trey Lance.

Lance figures to have the biggest impact in year one on the ground with his legs, and will need to prove he can take a championship level roster to the promised land, in his inaugural NFL campaign.

February 1 Will Go Down As A Historic Tom Brady Date

The Bears Are Reportedly Committed To Justin Fields

Tom Brady Had 2 Legendary Careers In The NFL

3 NFL Teams With Most To Prove During This Preseason