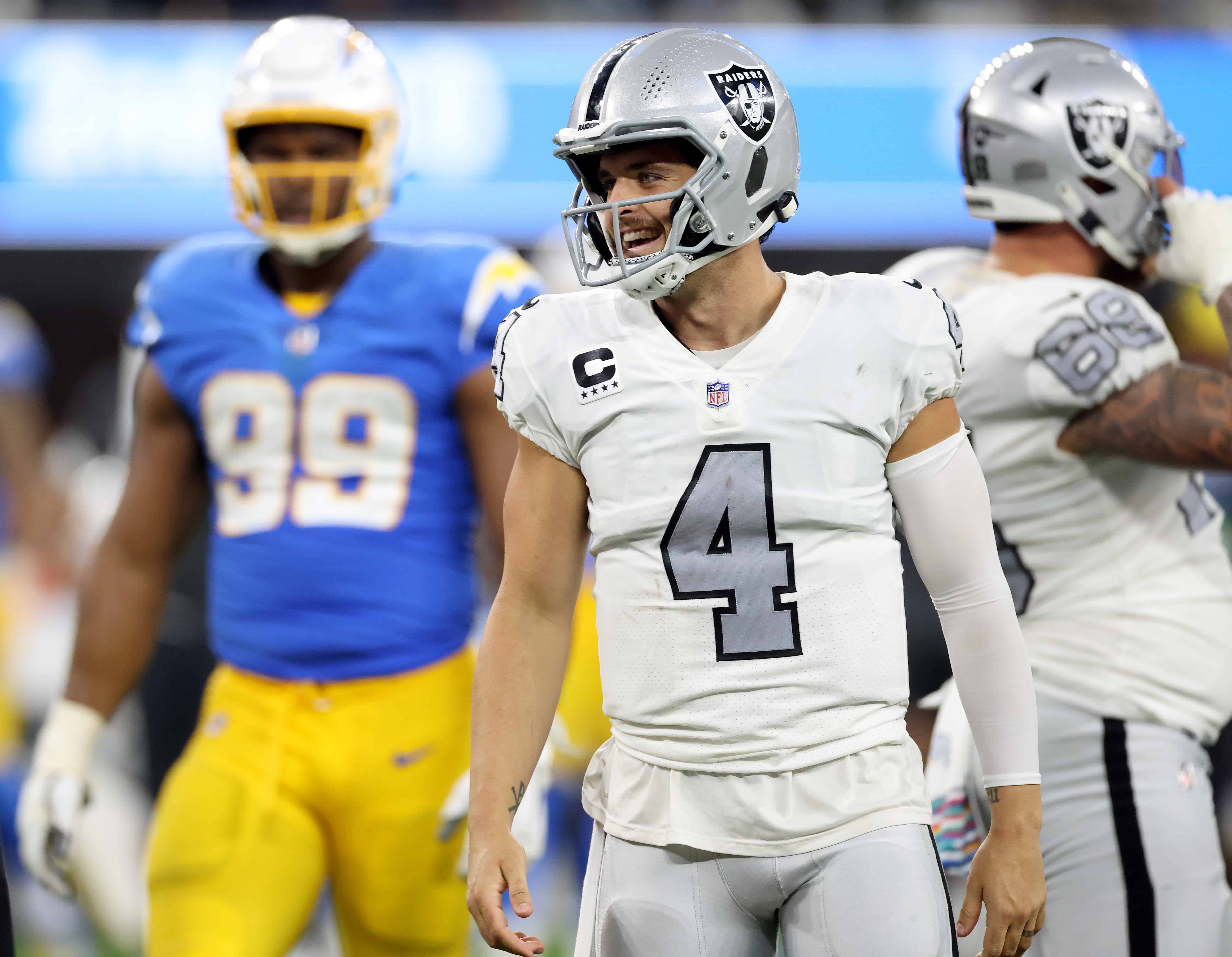 The NFL playoff picture is still not set as Week 18 arrives for the first time ever.

The AFC in particular has some chaos both in terms of seeding and the final spot.

A list of teams can still get the top seed while the final two Wild Card spots are up for grabs as well.

That led the NFL to place the Los Angeles Chargers and Las Vegas Raiders in the primetime slot Sunday night.

Whoever wins is in.

But there is also another scenario that arises if the Jacksonville Jaguars beat the Indianapolis Colts earlier in the day.

That would mean the Chargers and Raiders would both get in if they tied.

Could they just kneel the ball all game and both make the postseason?

NFL insider Ian Rapoport spoke on the lack of trust in such a scenario.

"How do we know they will?"

On @GMFB, a look at what happens if the #Jaguars win and the #Chargers and #Raiders can get into the playoffs by consecutive kneeling and tying 0-0. pic.twitter.com/V6hyEeJBqy

Rapoport claims he spoke with member of one of the teams and instantly got a response that there is no way of knowing if both sides would hold up the deal.

A Fun Scenario That Won’t Happen

The Chargers and Raiders are rivals and it would be hard to have any trust that the final play of the game wouldn’t be a fake kneel that results in a touchdown.

But let’s also be realistic here.

Both teams are not going to just play for a tie.

That would be an embarrassment and would only lead to ridicule.

What does @KyleBrandt think about the scenario where the Chargers and Raiders tie on Sunday and both make the playoffs?

"We want the chaos." pic.twitter.com/aGNvr33IPX

The NFL would also have a freakout if the game began with the teams kneeling the ball.

This entire scenario fades away if the Colts take care of business against the Jaguars.

But if they don’t, Twitter should be a wild place in anticipation of the first snap between the Chargers and Raiders.

A Derek Carr kneel down would break the Internet.

The Lions Achieved A Rare Feat On Sunday

The Giants Have Been Pushed Into Primetime

The Ravens Add Depth At The QB Position

Brian Daboll Shows The Ultimate Leadership After A Tie

A Top Suitor May Not Be Able To Land Baker Mayfield

The Lions Are Staying Alive After A Blowout Win

The Packers Took Back An All-Time Record Against A Rival

Studs And Duds From Bears Loss To Packers

Will The Titans Make The Playoffs This Season?

Broncos Defense Was Once Again Let Down By Russell Wilson

The Bengals Officially Own A Rival In 2022

NFL Analyst Explains Why Jalen Hurts Is The Real MVP

The Bears Are Officially Looking Toward Next Year

The Rams Have Made Unfortunate History With Another Loss

Are The Jets Fading Out Of The Playoff Race?

The Cowboys Nearly Made History Destroying The Colts