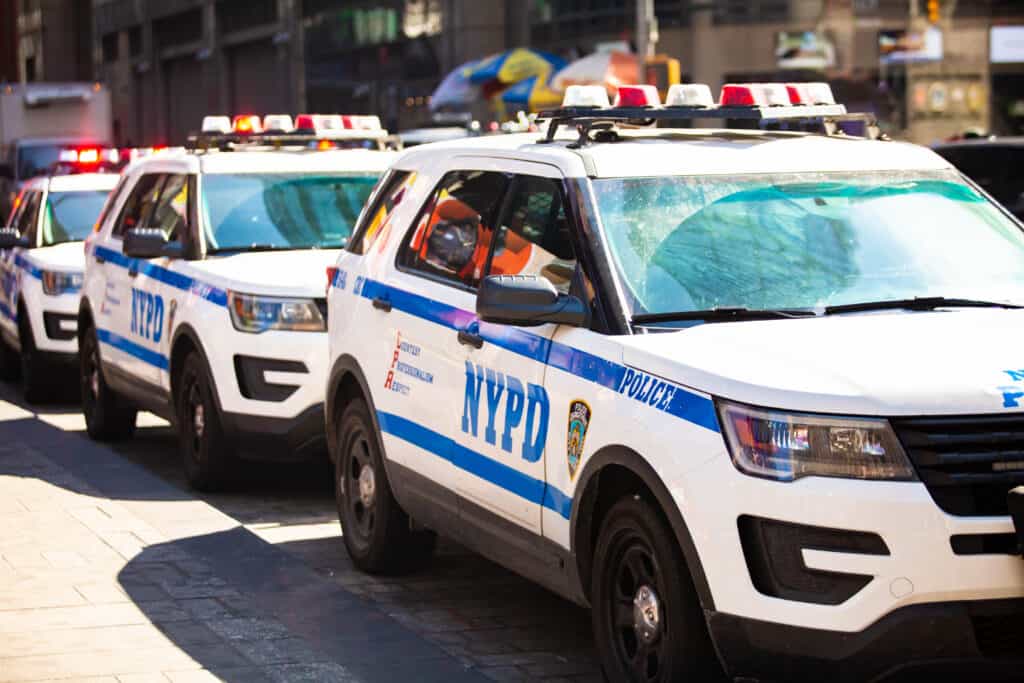 The incident happened in the lobby of New York’s Arlo SoHo Hotel on December 26.

She allegedly lost her iPhone, and the “Find My Phone” app was turned off.

Harrold and his son were coming to the lobby of the hotel for brunch.

Ponsetto spots Harrold’s son’s iPhone and claims it is hers.

She tells the hotel manager that Harrold Jr. took the case off of her phone to disguise it.

When father and son walk away, she says:

“I’m not letting him walk away with my phone.”

She chases father and son, attacks them, and falls down.

On Saturday, December 26, the woman in this video falsely accused an innocent 14-year-old teenager of stealing her cellphone. She then proceeded to physically attack him and fled the location before police officers arrived on scene. pic.twitter.com/qtZZWetBWH

The entire incident was completely unnecessary because an Uber driver returns Ponsetto’s phone to the hotel lobby after the incident occurred.

Ponsetto was a guest of the Arlo SoHo Hotel, but hotel management indicated that she checked out on December 23.

2. Ponsetto Has a Checkered Past

This is not her first brush with the law.

Her other incidents happened in California.

Ponsetto was arrested on February 28, 2020 for public intoxication in Beverly Hills.

On May 28, 2020, she was arrested for drunk driving near Calabasas.

Ponsetto was charged on September 1, 2020 for driving with a suspended license and not obeying traffic lanes.

In 2019, Ponsetto and a companion were sued for failing to pay rent on a Sun Valley, California apartment.

From the beginning, it was unclear why hotel management left Ponsetto escape and why her whereabouts seem to be difficult for NYPD to track.

CNN located her and interviewed her by phone.

To be fair, she was not identified by name, but it was Ponsetto.

She told CNN she was the victim of the incident.

To make matters worse, the Daily Mail has pictorial evidence that she is back home in California.

She was recently seen going to McDonalds near her parents’ home.

He issued a statement on December 28 that said:

“As this year of racial awareness is drawing to a close, it’s deeply troubling that incidents like this one, in which a Black child is viewed as and treated like a criminal, continue to happen. We strongly urge Manhattan District Attorney Cy Vance Jr. to bring assault and battery charges against this woman to send the message that hateful, racially motivated behavior is unacceptable. This is what it will take to drive change. We also call for a civil rights investigation into the Arlo Hotel for its implicit bias in its treatment of Keyon.”