You are here: Home / Sports / Mike Florio Predicts Tom Brady Will Be With 1 Team In 2022 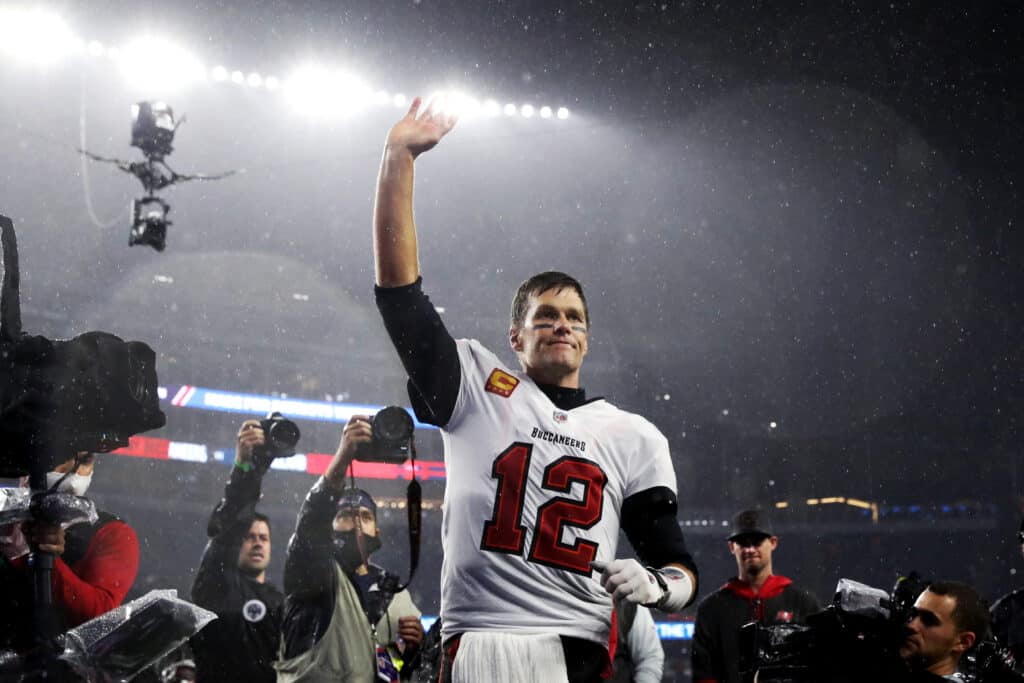 It seems very few people are buying the notion that the 2022 NFL season will be held with Tom Brady still in retirement mode.

While it is true that athletes come out of retirement all of the time, Brett Favre did, and most recently Brady’s New England Patriots teammate Malcolm Butler did, Brady himself has not given any indication that he is coming out of retirement.

Brady has accomplished everything possible in his sport so he does not need to unretire and come back to the game to prove anything else.

Regardless, people still hope or believe that his retirement is a short one and not permanent just yet.

If He Does, What Team Will He Play For?

There are many theories on this.

While some have him returning to New England, Mike Florio of Pro Football Talk believes the team he would come out of retirement to play for would be the San Francisco 49ers.

It is not an illogical prediction.

Brady grew up in California.

Everybody remembers "The Catch". Joe Montana to Dwight Clark to beat the Cowboys. In the stands that day was a 4 year old boy being held by his Mom. That boy was Tom Brady. pic.twitter.com/XCyprHGF2y

He watched the 49ers as a child, idolizing Joe Montana.

Brady likely would probably jump at the chance to work with 49ers head coach Kyle Shanahan.

The 49ers are reportedly going to move forward from Brady’s former teammate Jimmy Garoppolo, and they may not be ready to usher in the Trey Lance era just yet.

I know Tom Brady retired, but I’d love to see him play for the 49ers next season. Here’s why.

He grew up loving that team.

They’ve got enough talent to win the Super Bowl.

He’d have a chance at revenge against the Rams.

Why Is There So Much Speculation?

To begin with, he is the greatest of all time, and at 44 years of age, his level of play is still top-notch.

He loves the game and has been an NFL fixture for 20+ years.

His former teammates do not believe he is done playing either, most notably Rob Gronkowski predicts Brady will be back at some point in the next couple of years.

Do you think Brady will end up coming back? 🤔 https://t.co/snw2N9ZOlH pic.twitter.com/S6e0KIbmkD

Brady did not absolutely shut the door to making a return but appears very content with his retirement decision at the moment.

When asked if he anticipates coming out of retirement, he said:

“You know, you never say never. At the same time, I know that I feel very good about my decision.”

Brady has a full life outside of football.

He has his own brands to manage and a wife and children who could finally see him on a regular basis from August through January.

Of course, he could have a change of heart in about six months when football is in full swing again.

It is easy to be content in retirement during the offseason; his life is not different than in other offseasons.

The question will be if he is still content in September or October.

He can choose to return or be called in as a midseason replacement a la Vinny Testaverde.

It is sad to think that his career may actually be over but at 44 years old, we knew this day was coming.

A Long List Of Teams Can Still Target Aaron Rodgers