You are here: Home / Sports / NFL / Matt Nagy Is Back In The NFL With A Familiar Job

Matt Nagy couldn’t sustain the strong start he had as head coach for the Chicago Bears.

Unfortunately, he did not win any playoff games during his tenure in the Windy City.

The postseason failure ultimately led the team to fire him after going 34-31.

But despite the setbacks he had in Chicago, Nagy will continue to coach in the NFL but for another team.

The #Chiefs hired an old friend, as Matt Nagy heads to KC as Senior Assistant and Quarterbacks Coach.

Before becoming the Bears’ head coach, the New Jersey native was the Chiefs’ quarterbacks coach from 2013 to 2015.

He was also the team’s offensive coordinator for two seasons before making the jump as head coach.

Nagy will return to Kansas City and will coach under Andy Reid who he has been with since he became a coaching intern for the Philadelphia Eagles in 2008.

Nagy Is In A Good Spot

Nagy was able to mentor Patrick Mahomes during the latter’s rookie season.

Back then, he was still largely Alex Smith‘s backup.

Since then, Mahomes has become a league MVP, Super Bowl MVP, and Super Bowl LIV champion.

Mahomes and Nagy will reunite but the coach will now mentor a quarterback who has become one of the league’s best.

It will be his role to refine inconsistencies in Mahomes’ game, especially during spells wherein he couldn’t complete a pass.

The Chiefs remain one of the NFL’s top teams after making their fourth straight AFC Championship Game.

They would have played in their third straight Super Bowl, if not for the comeback by the Cincinnati Bengals.

Stephen A. Smith Expresses Sorrow For The 49ers 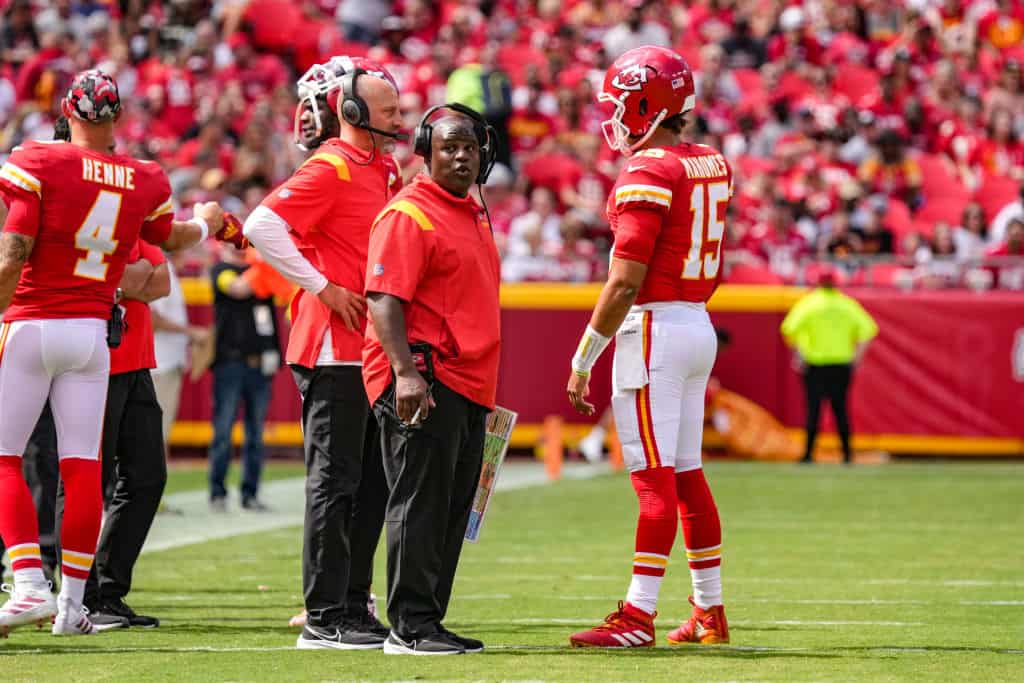 Matt Nagy Is Back In The NFL With A Familiar Job