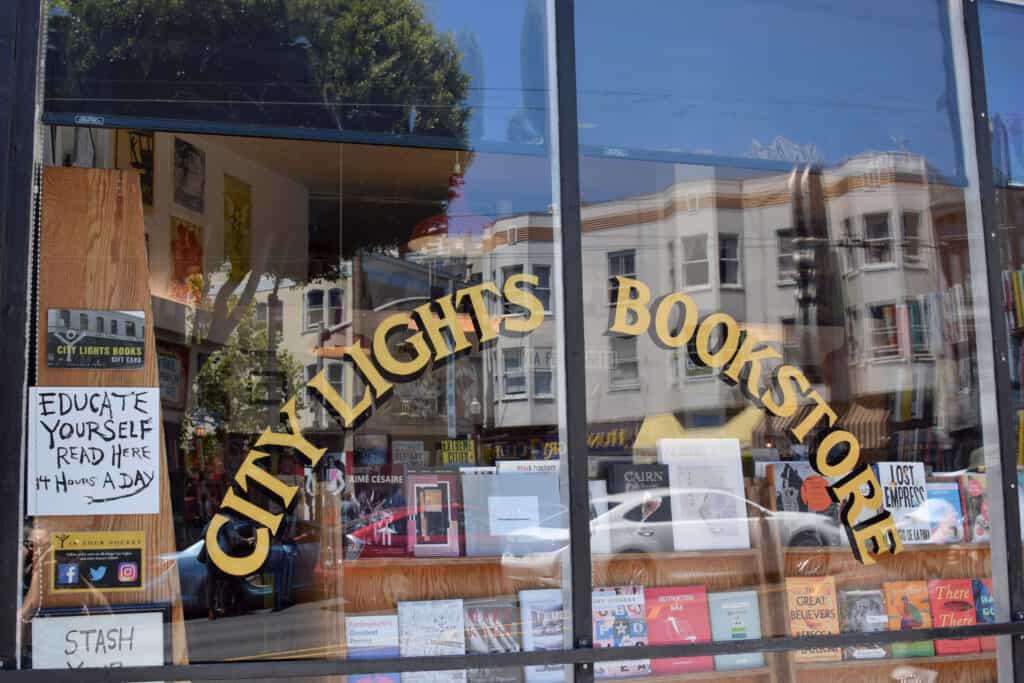 Acclaimed poet Lawrence Ferlinghetti died in his San Francisco California home with his son by his bedside on Monday, February 22, 2021.

"The greatest poem is lyric life itself."

Our poet and hero, Lawrence Ferlinghetti, passed away on Monday, February 22nd, in the evening.

Someone does not live a century without seeing, experiencing, and accomplishing many things, and Ferlinghetti was no exception.

‘Not many living poets become streets. Nor should they. Ferlinghetti was so honoured … He pointed out that his alley had been a hangout for bootleggers and undertakers. And that he felt right at home.’

Ferlinghetti wore many hats during his long career.

He was a poet, publisher, and bookstore owner.

R.I.P. Lawrence Ferlinghetti, March 24, 1919 – February 22, 2021. Here he is reading his poem “The World Is a Beautiful Place” in the office of City Lights Books in San Francisco. pic.twitter.com/Znmu8WTNri

Though he could be soft-spoken and quiet in person, his words were bold and inspiring for many.

His work and publishing efforts were part of the Beat Generation.

The Beats, as they were known, were a group of authors who wrote about politics and culture in the post-war era of World War II.

By 1955, Ferlinghetti bought Martin out, becoming the sole owner of City Lights.

Not content with just showcasing books in the space, he created a publishing house also under the City Lights umbrella.

City Lights came upon some rough times during the COVID-19 outbreak, but a massive GoFundMe campaign enabled it to keep its doors open.

Besides all of these creative pursuits, Ferlinghetti was an accomplished painter and his works were displayed in galleries nationwide.

Ironically, his poetry was often described as painting a scene with words.

Ferlinghetti did not like war and for good reason.

He was a Navy lieutenant during World War II.

Stationed in Japan, Ferlinghetti saw the post-bomb wreckage of Nagasaki.

After viewing the carnage, he called himself an “instant pacifist.”

In 2012, he reflected on this experience.

“I was there seven weeks after the bomb was dropped. It was just like walking around in some landscape that wasn’t on Earth. It was an unearthly feeling. The site had been cleaned up—somewhat—or they wouldn’t have let us in. I was just off my Navy ship down in southern Kyushu, and we had a day off and went up by train to Nagasaki. It was pretty horrible to see. And that was just a toy bomb compared to the ones that are available today.”

3. Endured A Painful Childhood But It Didn’t Define Him

Many would have withered from Ferlinghetti’s childhood.

His father died of a heart attack five months before his birth.

This was an emotional turmoil his mother could not handle.

She suffered a nervous breakdown and ultimately abandoned him.

His mother would later die in a state hospital.

He was shuttled between relatives, boarding houses, and orphanages throughout his youth.

Finally, the wealthy New York family, the Bislands, took him in.

They knew his mother because she worked as a governess for them.

He went on to get a Bachelor’s Degree (journalism) from the University of North Carolina, a Master’s (literature) from Columbia University, and a Doctorate from Sorbonne in Paris.

Ferlinghetti was inspired by Ernest Hemingway.

He was prolific and continued writing throughout his life.

His views continued to evolve.

“Generally, people seem to get more conservative as they age, but in my case, I seem to have gotten more radical. Poetry must be capable of answering the challenge of apocalyptic times, even if this means sounding apocalyptic.”

He received many awards throughout his life.

Ferlinghetti was due to receive the Janus Pannonius International Poetry Prize from the Hungarian PEN Club in 2021.

However, he turned it down when he learned the country’s right wing government was a sponsor.