You are here: Home / Sports / NBA / Latest Media Survey Shows How Strong The NBA Is 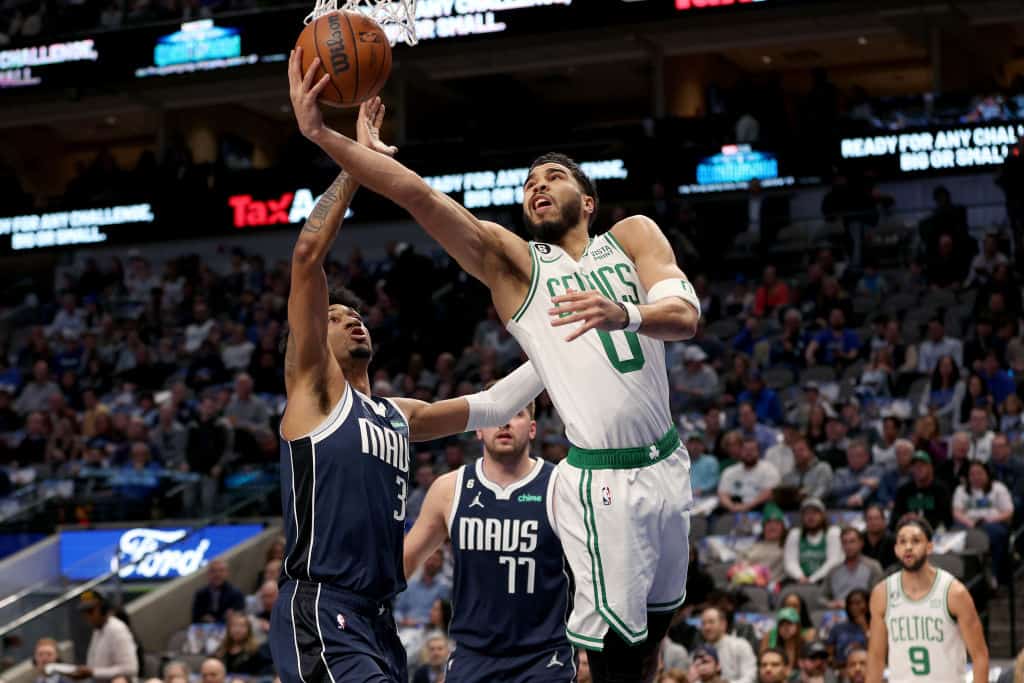 It’s been a long time since there was so much greatness in the NBA.

Throughout the season, multiple media surveys ask NBA analysts and insiders who they feel are the best players in the league.

As you can expect, some of the usual suspects repeatedly pop up on these surveys.

However, there are currently so many amazing athletes in the association that people pay close attention to these votes because of how they could impact the MVP and end-of-season awards races.

NBA Media Survey Voting for Best Player at Each Position:

Thoughts? What would you change? pic.twitter.com/IdoRLWzvfq

The latest NBA media survey results have been revealed and they aren’t too surprising – but they are impressive.

When asked about the greatest player at each position, Luka Doncic scored 80% of the vote and was named the best point guard.

Meanwhile, Donovan Mitchell of the Cleveland Cavaliers was selected as the best shooting guard with 62% of the vote while Jayson Tatum of the Boston Celtics was chosen as the best small forward, Giannis Antetokounmpo of the Milwaukee Bucks was the best power forward, and Nikola Jokic of the Denver Nuggets was best center.

The league is obviously in great shape when players like Stephen Curry, Devin Booker, Kevin Durant, and Zion Williamson aren’t coming out on top.

This just shows that the association has more talent than perhaps ever before.

When people talk about this season’s MVP race, they almost always mention Doncic, Tatum, and Antetokounmpo.

Over the last few weeks, Mitchell’s name has popped up a lot more often too because of the incredible performances he’s had in Cleveland.

No matter who ends up winning the league’s biggest prize, it is clear that these men are leading the NBA.

The Rockets Are Reportedly Hoping To Make Big Moves

The Bulls Had A Very Bad Week

Luka Doncic Is Getting Into Dangerous Territory

The NBA Eastern Conference Is Getting Tight

The Mavericks May Say Goodbye To A New Favorite

The Mavericks Wait On An Urgent Luka Doncic Update

Latest Media Survey Shows How Strong The NBA Is