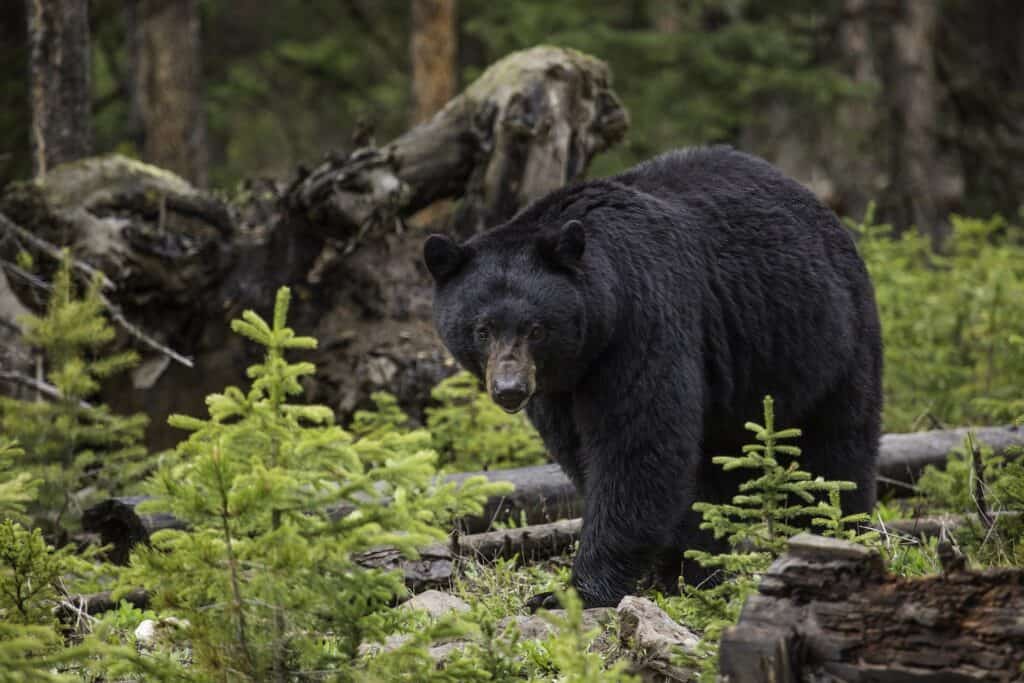 Let’s just preempt this story by saying this:

Don’t try this at home.

It can get you mauled to death or arrested.

Kristin Hailee Farris, a 21-year-old Virginia woman, thought it was a good idea to feed a black bear while visiting Gatlinburg, Tennessee in late September.

She fed the bear watermelon slices and chocolate.

Then, as many are prone to do, she posted video of it on TikTok.

TikTok, to its credit, posted a disclaimer with the video saying:

“Action in this video could result in serious injury.”

Upon seeing the clip, wildlife officials charged Farris with a misdemeanor.

The Tennessee Wildlife Resources Agency (TWRA) has requested that Farris travel from her home in Danville, Virginia to Sevier County to face consequences.

Farris has not yet done that.

She took to TikTok to allege that she has spoken with TWRA and expects to face no charges.

“The overwhelming desire to have a close encounter with a black bear is strangely more powerful than common sense.  Many people intentionally feed bears with little regard for the dire consequences to the bears and humans they leave behind.”

Why Are Officials Taking This So Seriously?

Besides Farris putting herself and whomever else was with her (someone else was seen shooting the video as she was feeding the bear), Farris’s actions harm the bears.

Farris is also the mother of a toddler, but it is not clear if the child is present when the video is being shot.

As for the fate of the bears, the TWRA says:

“The age-old adages: GARBAGE KILLS BEARS and A FED BEAR IS A DEAD BEAR could not be truer. Nationwide bear management experience has clearly shown that bears attracted to human food sources, or that are deliberately fed by humans, have a relatively short life.

The survival rate of bears receiving food from people is likely a fraction of that of wild bears that do not have repeated contact with humans. The deliberate and accidental feeding of bears is socially irresponsible and causes animals to become conditioned and habituated to people.

Bears that habituate to human presence eventually become a threat to human safety. The end result is that such bears are often killed by intolerant and/or fearful landowners or have to be destroyed by the TWRA.”

If convicted of the misdemeanor, Farris faces up to 6 months in prison and a $500 fine.