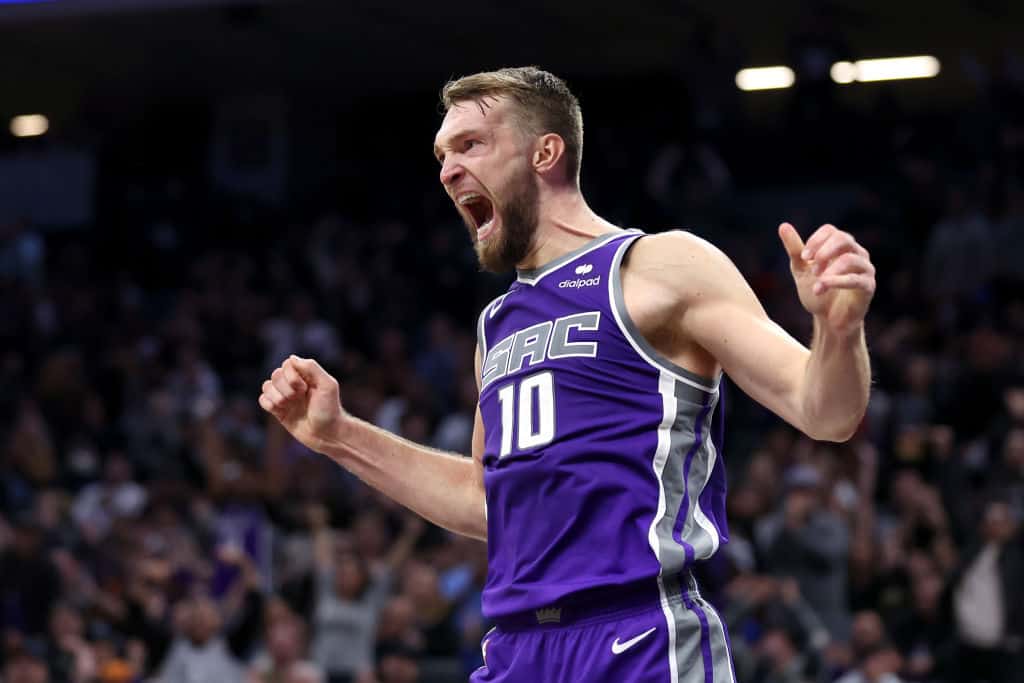 The Sacramento Kings recently lost three games in a row, which hasn’t happened since the start of the season.

Following that minor losing streak, the team bounced back and has answered that with three victories in a row.

As you well know, any victory for the Kings results in the lighting of the beam, a big purple light that illuminates the Sacramento night sky.

With the Sacramento Kings up 30, a “LIGHT-THE-BEAM” chant has broken out in Los Angeles.

On Saturday night, as the Kings easily headed to a win over the Los Angeles Clippers, fans of the Kings started chanting “Light the beam!” over and over again.

The look of confusion (or perhaps simmering anger) on the face of Clippers players was exactly what Sacramento loyalists wanted to see.

Lighting the beam has become a beloved tradition in just a short amount of time.

If the Kings continue to have a strong season, you can expect to hear this chant often.

When the Kings first announced the idea of lighting a beam after every win, some people mocked it and said it was silly.

Others said that the beam wouldn’t have many opportunities to be lit considering the Kings’ recent abysmal track record.

But the power bill in Sacramento is quite expensive lately because the Kings are currently 13-9 and 5th in the West.

They haven’t been this good in literally years.

Will they remain this solid and strong all season long and will the beam continue to shine?

There is reason to believe in the Kings because this is the best roster they have had in years and their new head coach Mike Brown seems to know how to use it.

The future is looking quite literally bright for the Kings right now.

Video Shows How The Kings Have Changed Their Culture

The Kings Shocked NBA Fans With A Record Performance

Are The Kings Actual Contenders This Season?

The Kings Have Soared To Amazing Heights

The Kings Continue Their Shocking Surge

The Kings Set A Very Important Franchise Record On Monday

Domantas Sabonis Was Not Pleased With Loss To Hawks

The Resurgence Of The Kings Is Real

The Kings-Jazz Game Had An Unbelievable Ending

Mike Brown Has A Strong Message About De'Aaron Fox

Are The Sacramento Kings As Good As Their Record?

New Kings Star Leads The League In A Crucial Way

Are The Kings Legitimate Playoff Contenders?

The Kings Have Returned To Their Former Glory

The Kings Are Finally Coming Together

The Kings Speak Up About A Controversial Call

Kings Fans Are Furious After A Devastating Call

The Kings Tweak Their Roster Again As The Season Nears