You are here: Home / Sports / NBA / Kareem vs. Jordan (Who Was The Better Player?) 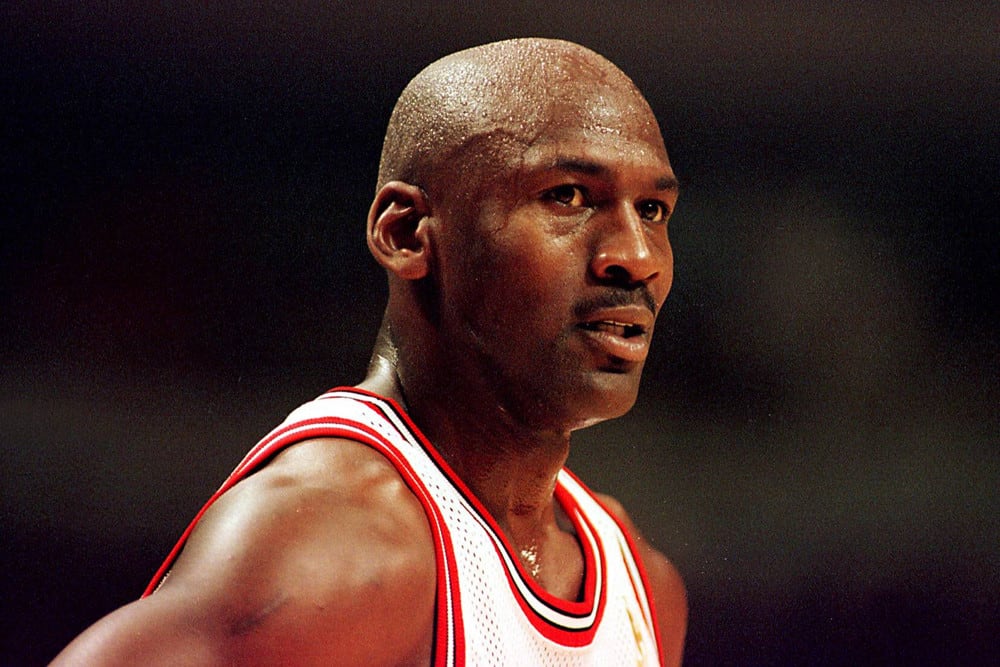 The Jordan “Last Dance” Documentary that aired this past April reignited the conversation surrounding the greatest NBA player of all-time.

While the typical debate includes Michael Jordan and LeBron James, a dark horse candidate that gets forgotten is Kareem Abdul-Jabbar

Does he deserve to be in that conversation?

When breaking down the stats of each, it may be worth mentioning Kareem’s name.

Here we will take an in-depth look to see the merits each bring to the conversation, and who should be ranked higher.

Kareem was a dominant big man in the league for 20 seasons, having unprecedented longevity for a player of his size.

He bridged the gap of the old style of the NBA dominated by centers and a newer, modern age.

In his first six seasons, Kareem averaged 30-plus points in four of the years.

On top of this, he averaged at least 14 rebounds each year.

His averages slowly dropped over the rest of his career, but the production was still high.

It took until his 18th season in the league to average below 20 points per game.

However, his rebounding production took a drop after his 12th season and never really went back up to elite level.

He holds the all-time NBA scoring record with 38,387 total points.

He was also a threat on the defensive side of the ball, as he had well over three blocks per game for the first half of his career.

Some of my favorite Kareem Abdul-Jabbar highlights are when he would grab a player's shot out of mid-air with one hand and immediately outlet it to a teammate.

…Like he did against Rick Barry and Freddie Brown. pic.twitter.com/rjBMcUY2On

Plus, who can forget about the classic Kareem sky hook?

Everybody knows why Michael Jordan is widely considered as the greatest basketball player of all time.

In his 14 NBA seasons, Jordan was the most dominant scorer and performer in the league.

He went after his opponents each night, regardless of what was at stake.

This killer mentality is so unique, and is part of what makes the mystical nature of Jordan so strong.

He was also one of the better perimeter defenders in the league, leading in steals three different seasons.

This also led to him winning the Defensive Player of the Year award during the 1987-88 season.

However, everyone knows Jordan because of his playoff history.

During the 1990s, nobody could touch the Bulls dynasty that he built.

Doing it twice was fantasy levels of success.

This is a whole four points higher than anyone else who qualifies in history.

The resumé goes on and on for Jordan, and it is hard for anyone to deny his greatness.

His game was so polished. He had multiple weapons. Swiss army knife type game. Just a true master of his craft. #GreatestEver pic.twitter.com/jqltujB69w

Who Comes Out On Top: Jordan or Kareem?

While Kareem has the longevity on his side, it would be impossible to take him over Jordan.

When it boils down to it, Jordan changed the sport forever, making it guard dominated.

He elected to retire twice during the prime of his career, so who knows the types of numbers he could have put up.

Also, there arguably isn’t a more clutch player than Jordan when it came down to the last shot.

To do all of this with the amount of attention and recognition he got is doubly impressive, as it would be hard for most athletes to put up with that.

Kareem deserves a spot in this conversation, but Jordan’s career is nearly untouchable for most.

Bradley Beal Has An Important Financial Decision To Make

Kevin Durant Calls Out Shaq In A Perfect Way

Kareem vs. Jordan (Who Was The Better Player?)