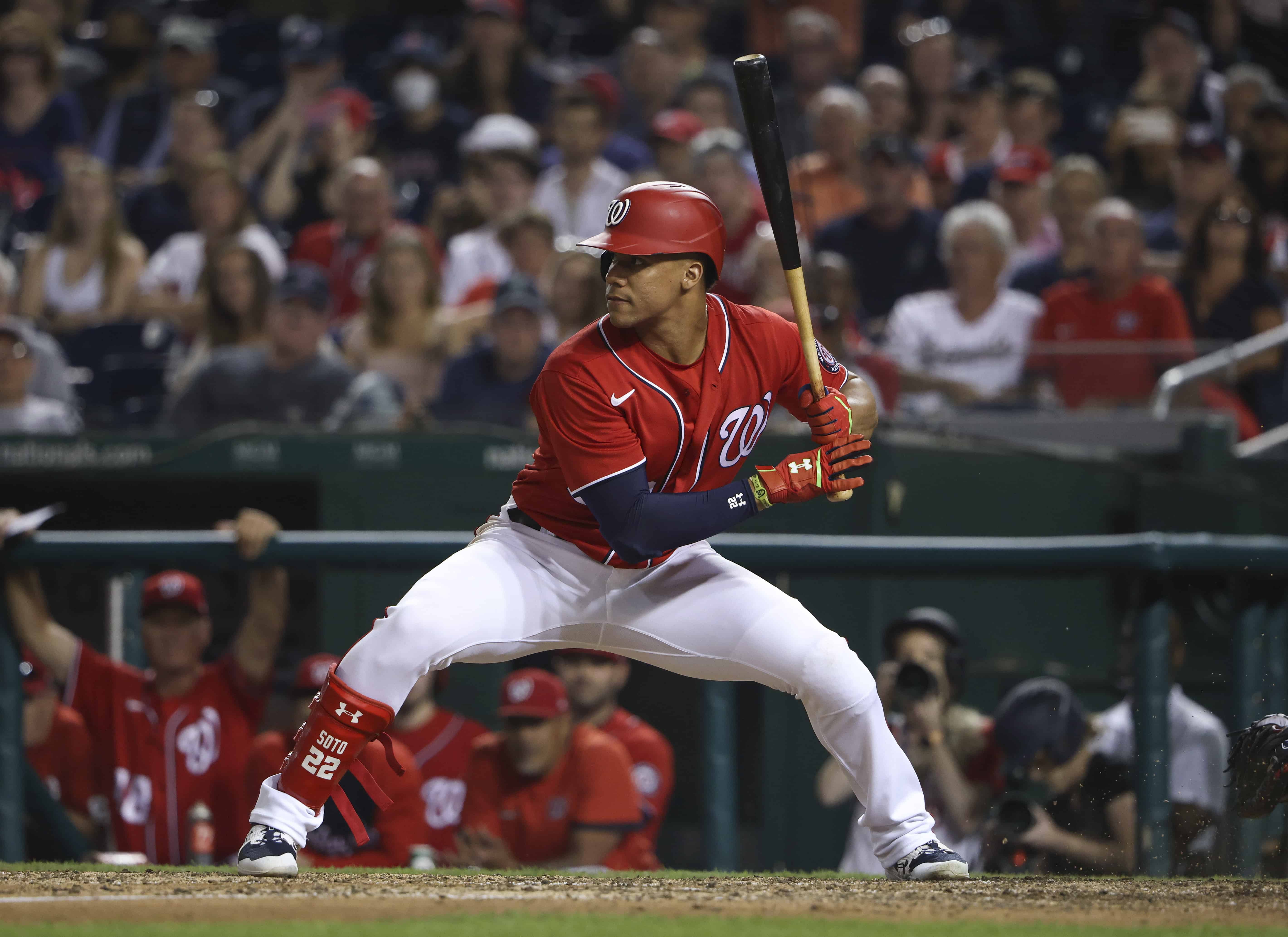 Young stars are taking over MLB, and some of them are even challenging the very best players in the game: the Mike Trouts and Mookie Betts’ of the world.

Two of them in particular, Ronald Acuna Jr. and Juan Soto, are already the stars of their respective squads: the Atlanta Braves and the Washington Nationals.

The Braves managed to win a World Series without Acuna, who tore his ACL in July, but now that Freddie Freeman is a free agent, he will be tasked with taking Atlanta back to the Fall Classic.

This will remain the case even if Freeman re-signs: Acuna is now the face of the franchise.

Soto, like Acuna, already knows what it’s like to bring a World Series championship to his town, as he led the charge alongside Anthony Rendon, Max Scherzer, and Stephen Strasburg when they won it all in 2019.

Both are true difference-makers in MLB, with their whole careers ahead of them.

But who’s the better player?

The Case For Acuna

Acuna is a more complete and well-rounded player than Soto.

For starters, he can play center field adequately, but is better suited at right field.

He isn’t elite with the glove, but he is very good.

Besides that, he can run: he has 78 stolen bases in fractions of four seasons, while Soto has 32 over a similar period of time.

He is expected back for spring training, and should re-take his place as one of the game’s most exciting players.

There might not be anything more exciting right now than a Ronald Acuña Jr. headfirst slide into the plate pic.twitter.com/aY4MHiD9J3

The Case For Soto

Yes, Acuna is more complete than Soto, but that doesn’t mean the latter is a bad player.

To the contrary: Soto is sneaky fast, as evidenced by his stolen base tally, and improved a lot as a fielder in 2021.

Soto is a worse fielder and runner than Acuna, but he makes it up with his bat.

Yes, Acuna is excellent, but Soto’s offensive production is on another level.

Judging by wRC+, we can see the difference: Acuna is at 140 for his career, but Soto’s 156 mark is even better.

The wRC+ stat, which means weighted Runs Created Plus, allows us to compare players’ offensive achievements adjusted to league, park, and era.

100 is considered average, so Acuna’s production was 40 percent better than average.

Soto’s was 56 percent better than his peers, comparable with the very best hitters in the game.

What really sets Soto apart from the rest is his plate discipline: he had a 22.2 percent walk rate and a minuscule 14.2 strikeout rate.

Acuna is more complete, and perhaps more exciting, too: he has more flair.

But Soto knows the strike zone like no other player in the game: perhaps only Trout is comparable.

But Soto can change the outcome of a series, like he did in the 2019 playoffs.

He is the (slightly) better player.

The Tigers Are Stuck In The Basement In Multiple Ways

The Mariners Take Time To Honor A Team Legend

Juan Soto Vs. Ronald Acuna Jr. (Who Is Better?)