You are here: Home / Sports / MLB / Joey Gallo Comments On Why He Is Getting Benched

New York Yankees slugger Joey Gallo is off to a miserable start.

The 28-year-old outfielder just can’t seem to find the key to success and has been striking out like nobody’s business.

Gallo’s struggles are one of the many reasons why the Yankees have been struggling offensively as a whole.

The Bronx Bombers have scored just 39 runs to start the season, which is fifth-worst in all of baseball.

Gallo has since been benched amidst his slump, and yesterday, he spoke about it and offered an explanation.

“I’m not playing well enough to be in the starting lineup every day,” Gallo said.

Joey Gallo on not being in the Yankees lineup for the second time in the last 3 games:
“I’m not playing well enough right now to be in the starting lineup every day.”
Working on timing, feeling & trying to gain back confidence at the plate.

Clearly, Gallo is frustrated with the way things have gone.

He’s not happy about being benched, but is taking the high road in that he is acknowledging his recent struggles and understands that because of those struggles, he is not going to be getting as many chances.

It’s good that he isn’t complaining about being benched and is accepting it like a professional.

He’s obviously disappointed about the situation, but he isn’t trying to fight it or hide from it.

Instead, he’s taking things in stride and working hard to get himself back to where he normally is.

The struggles that plagued him at the end of last season have clearly carried over into the 2022 season.

Perhaps some time on the bench will give Gallo an opportunity to reset and get his stroke back.

The Yankees will need him to find it soon though if they want to start scoring more runs and winning some more ballgames. 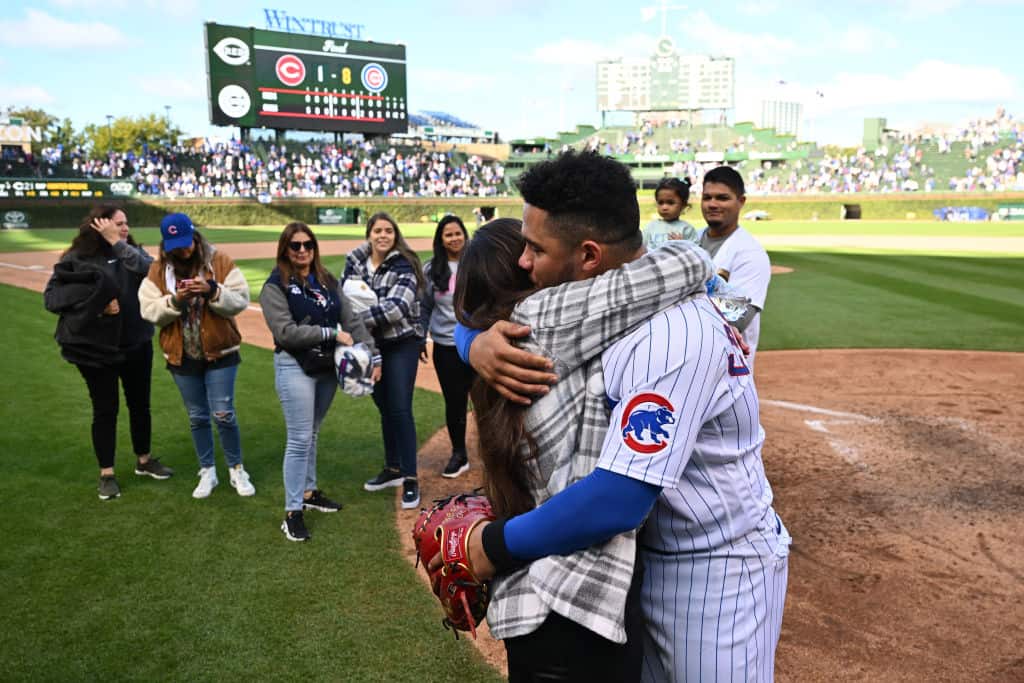 Joey Gallo Comments On Why He Is Getting Benched