You are here: Home / Sports / NBA / Jayson Tatum Is Literally One Of The Best Celtics Ever 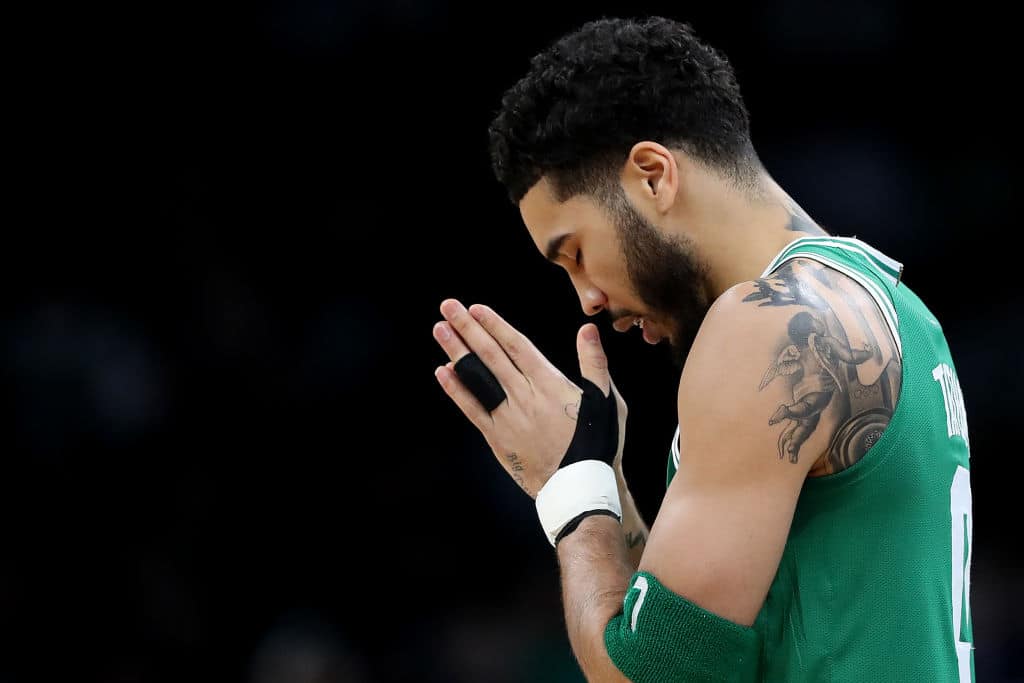 The Boston Celtics celebrated Martin Luther King Jr. Day in style by beating the Charlotte Hornets with a 130-118 afternoon victory.

The Hornets tried their hardest with 26 points from Jalen McDaniels, 25 from LaMelo Ball, and 19 from Mason Plumlee.

But they couldn’t overtake the red-hot Celtics and they especially couldn’t come close to slowing down Jayson Tatum.

Tatum again put on a clinic and scored 51 points, 9 rebounds, and 5 assists.

This means that Tatum is now the Celtics’ all-time leader in regular-season 50-point games.

He has now scored that total during 5 regular season games, while Larry Bird did it 4 times and 5 others players did it just once.

Oh, and Tatum is only 24 years old, which means he still has plenty of time to add to this total.

As some people say, he’s the best player on the league’s best team.

What is next for this young star?

Obviously, Tatum has his eyes firmly set on returning to the NBA Finals.

His team went all the way last season but they came up short against the Golden State Warriors and Tatum wants to redeem himself and his squad.

The good news is that he’s getting plenty of help: Jaylen Brown, Marcus Smart, Derrick White, Sam Hauser, and other Celtics stars are keeping up with Tatum and adding a lot to the box score every night.

None of them are coming close to producing what Tatum does but the assistance from every part of the court makes the Celtics even more powerful and capable.

It also makes the chances of a repeat appearance in the Finals even more likely.