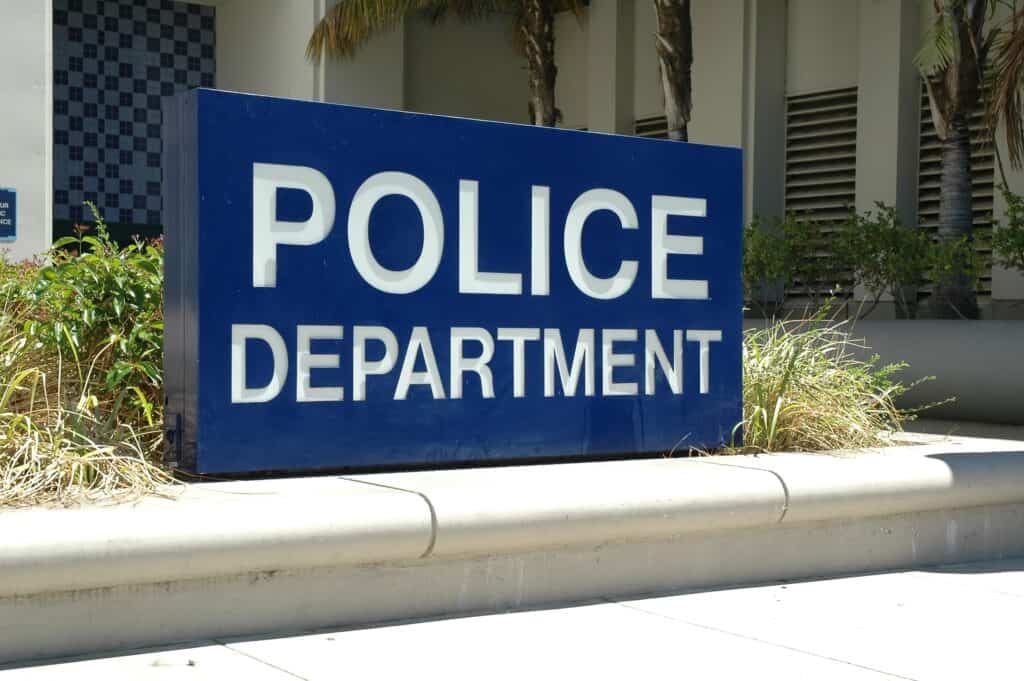 This is not one of those made-for-television or Dateline specials; it is real life and happening in 2021.

Jason Collier, 41, the chief of police of the Stinnett Police Department in Stinnett, Texas has been carrying on with multiple mistresses while portraying himself as a happily married man.

Collier was appointed to the position in February 2020.

Though initially put on leave, he resigned as chief of police and was arrested on January 28, 2021.

Here are three cold hard facts about this confusing story.

This seems like a mundane fact to point out, but it is pertinent.

Collier told at least one of the mistresses that his marriage was annulled.

However, he took to social media to send his second wife, Opal Collier, anniversary wishes on their 4th wedding anniversary.

“Happy anniversary to my beautiful bride! I couldn’t imagine doing this life without you. I know I fall short daily of being the Godly husband, but know I will work hard to be the man you deserve! God has blessed me with you and I can’t wait to see what all He has in the works for us! Thank you for loving me, sacrificing for us, and walking this life beside me! I love you Opal Sissie Koenig-Collier. Here’s to many more years and memories to come!”

He had a profile on the Plenty of Fish website.

“Looking for friendship and then more from there. Not looking for a hook up. Sincere conversation, building trust and relationship first. Looking forward to hearing from you!”

Plenty of Fish is a dating website that originated in Canada in 2003.

His lifestyle came to light when Cecily Steinmetz, a 39 year old Amarillo woman, took to Facebook to expose her fiance Jason Collier.

Heartbroken and betrayed, Cecily Steinmetz revealed her fiance, Jason Collier, was secretly married. The police chief and minister [allegedly] produced fake annulment papers, but other women revealed he was definitely married, had one other fiancee, and many more girlfriends. 🍵 pic.twitter.com/OOrrXbY1yH

Steinmetz wrote the following on her personal page on January 26, 2021 while tagging the City of Stinnett’s page:

“Chief Jason Collier is living a double/triple life. I was his girlfriend until yesterday. He lied to me and presented me with fake annulment documents when I found out he was married. I also found out about a 2nd girlfriend, Kristi, last night. He has lied to us, our children, and asked us both to marry him…Chief Jason Collier worked his way into my life, the life of my children and family. Spent the weekend with me on vacation in Taos this past weekend. Told me all weekend how he can’t wait to marry me. Turns out, I’m not the only one. He also has a girlfriend in Kansas who he also had asked to marry him. All of this, PLUS a wife at home he claims to have split with in 2016.”

Social media is ultimately what helped Steinmetz put all of the pieces together.

Cecily Steinmetz said it all started with a picture, when she was ready and happy to make her relationship official by sharing it to her family and friends on Facebook. https://t.co/aA8Dx3wBZq

Steinmetz and Kristi Shaffer, another of Collier’s girlfriends, linked up through social media and began comparing stories.

Shaffer thought she was the only one dating Collier and reported that she and Collier got engaged in December 2020.

A third woman also claims to be dating Collier.