You are here: Home / Sports / NBA / Ja Morant Has Impressive Start In First 3 Games Of Season 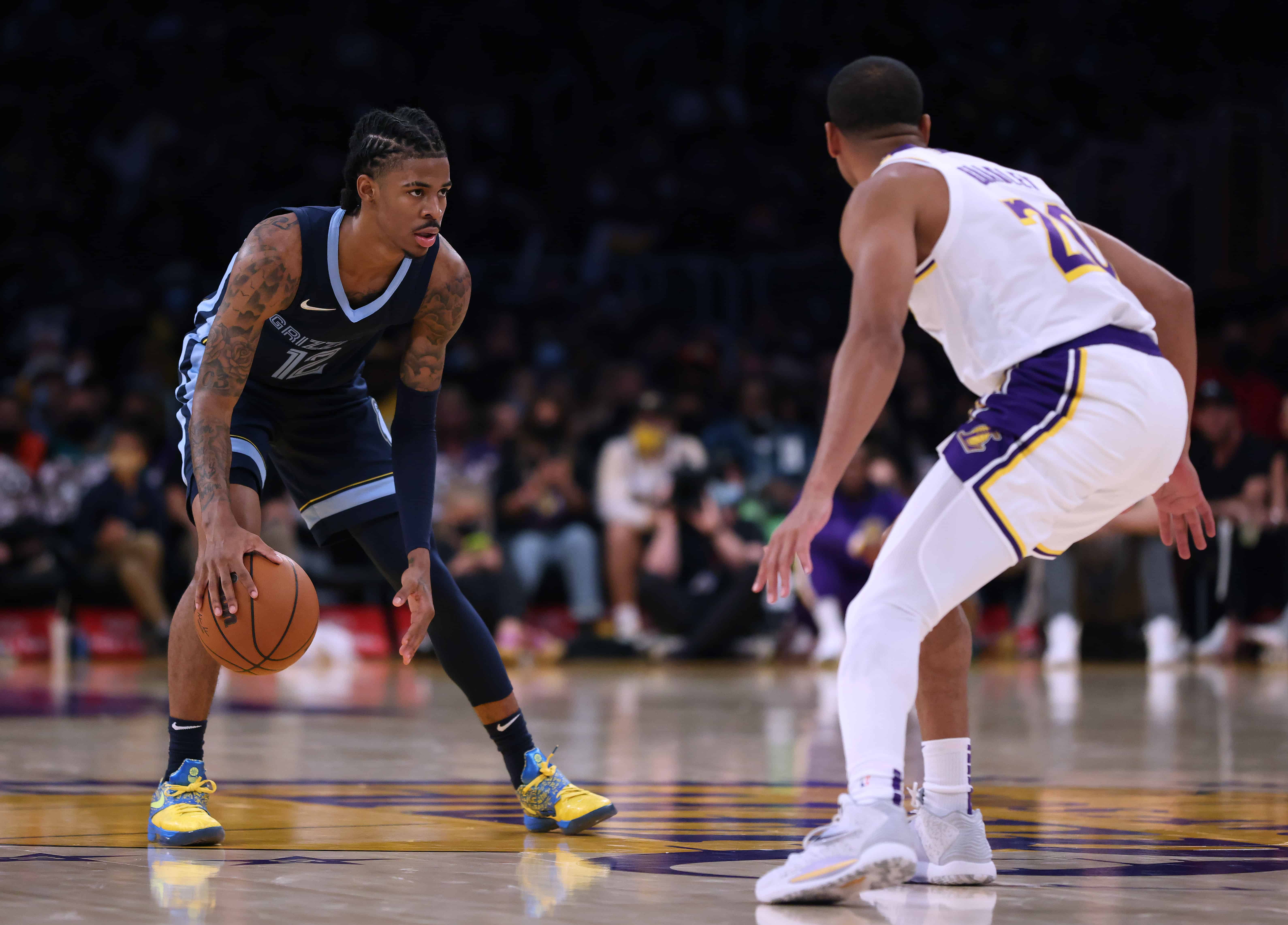 Ja Morant is playing out of his mind for the Memphis Grizzlies at the start of the 2021-22 NBA season.

He put up 37 points in a season-opening win over the Cleveland Cavaliers and has not slowed down since.

Morant has 105 points through three games and the Grizzlies are 2-1.

Even the one loss was a tight one against the Los Angeles Lakers and Morant still went for 40 on the night.

What the former No. 2 overall pick is doing is also setting franchise records in Memphis.

Ja Morant has 105 points through 3 games this season. That is already the most by any Grizzlies player through 4 games.

Morant & the Grizzlies take on the Trail Blazers in the 2nd game of Wednesday's NBA doubleheader on ESPN at 10 ET. pic.twitter.com/fjpxi3hIRh

Morant already owns the franchise record for most points through four games, and it has only been three so far this season.

So he could sit out his next game and still own the record by five points.

The 22-year-old is officially putting the NBA on notice with his great start.

Building Something In Memphis

It is no secret that this Grizzlies team will go as far as Morant takes them.

Yet the core around him is no joke.

Jaren Jackson Jr. is already averaging over 15 points per game this year and Desmond Bane is right around 20.

The Grizzlies also have Steven Adams down in the post to grab rebounds and be a dominant force.

And let’s not forget about the injured Dillon Brooks.

This is a special group that cracked the postseason last year after winning a play-in game.

They are looking to land home-court in this year’s postseason and Morant averaging 30 points per night, with all the talent around him, easily makes the Grizzlies one of the top teams in the West.

He is also quietly building a nice MVP case for himself at the start of the season in what is only his third year in the NBA.

The future is bright in Memphis thanks to their decision to draft Morant just a few years ago.

Ja Morant Has Been On Fire Lately

The Grizzlies Haven't Won Since A Bizarre Incident

The West Has Given The Grizzlies A Hard Time

Ja Morant Got A Big Surprise After His Latest Win

The Grizzlies Are On A Roll Lately

Have The Grizzlies Proven They're Serious Championship Contenders?

The Grizzlies Aren't Slowing Down

Steven Adams Had A Hilarious Response After Career Night

Shannon Sharpe Says 1 NBA Team Is Doing "Too Much Talking"

The Grizzlies Are Losing A Big Star

The NBA Is Punishing A Thriving Grizzlies Star

Promising Young Grizzlies Star Is On A Roll

The Grizzlies Have One Of The Best Duos In The NBA

Ja Morant Has Impressive Start In First 3 Games Of Season