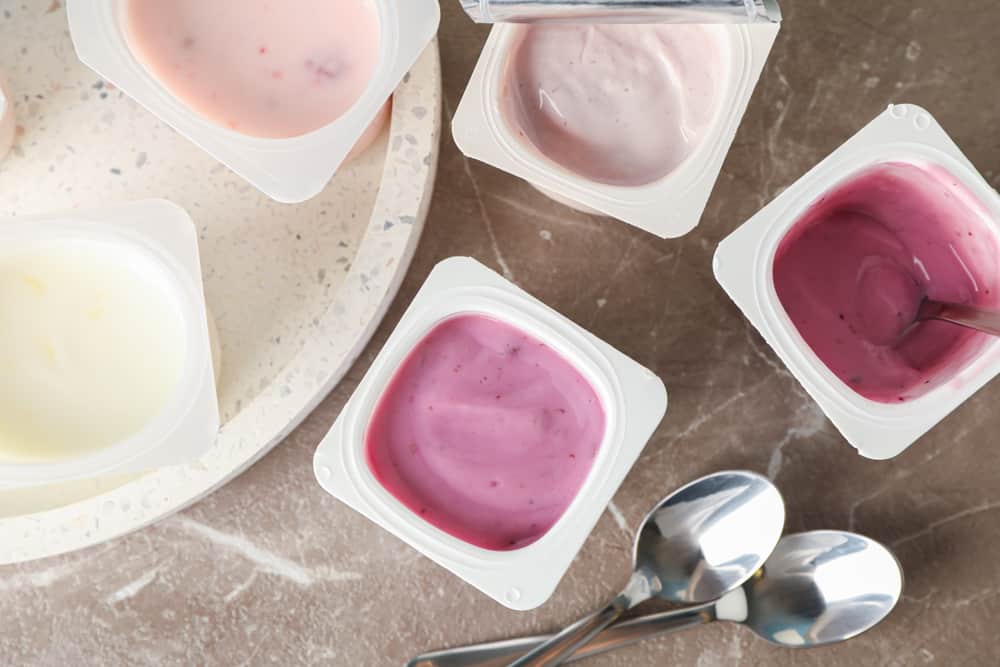 There are many foods that remind us of our childhoods.

The yogurt line seems to disappear and reappear frequently in our minds, as does the nostalgic snippet “Silly Rabbit, Trix are for Kids!”

This causes us to wonder if the snack is actually being produced, or if it is simply a figment of our imaginations. 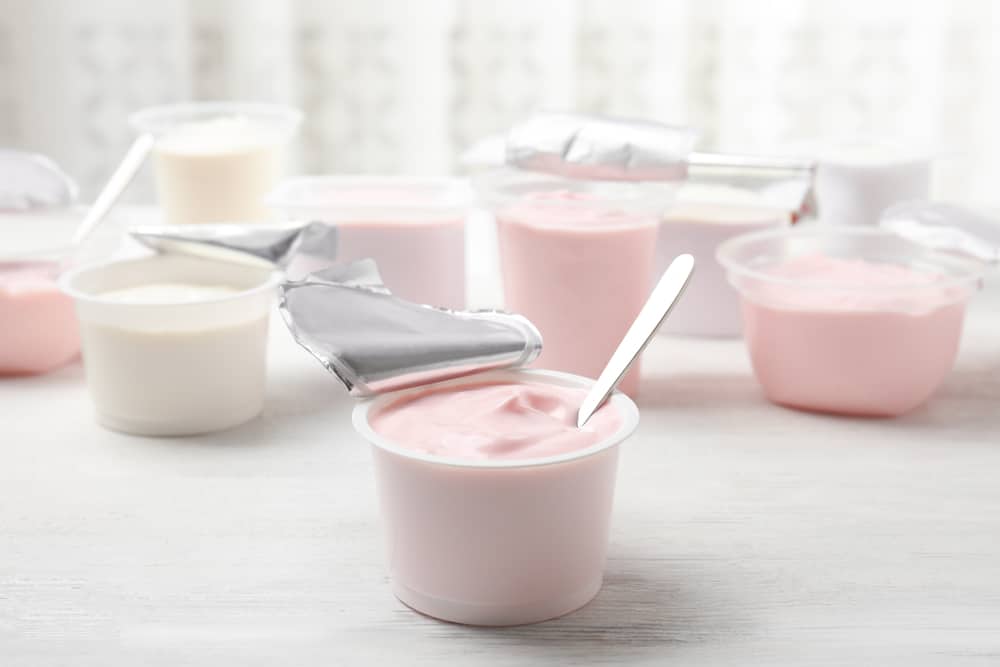 No, Trix Yogurt is still being produced by Yoplait which operates under General Mills.

The source of confusion regarding the product may be because Trix Yogurt had actually been discontinued by General Mills before being returned to the Trix portfolio after a number of years.

Made by Yoplait, the yogurt line had a several-year hiatus after production was stopped in 2016.

An additional area of confusion may be because the yogurt line is difficult to find in stores.

This is because since being released again in 2021, the line is only sold in Walmart and SuperValu retailers in the United States.

The New Trix Yogurt Line Isn’t Quite The Same 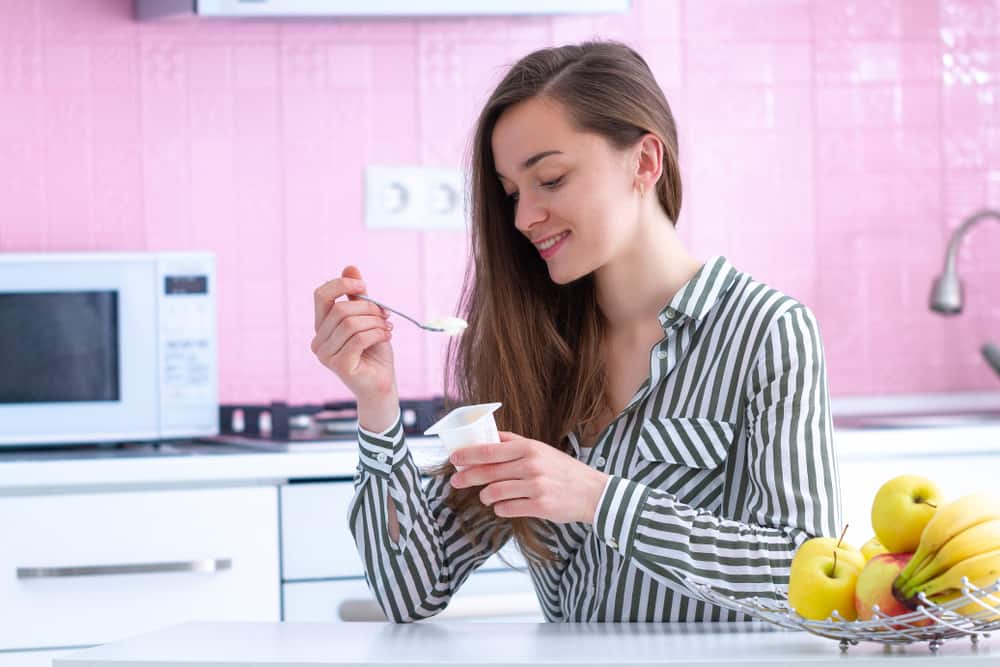 The company teased fans of the return by posting on their social media pages.

In May 2021, Yoplait USA posted a picture of Trix yogurt on their Instagram page with the caption “You asked – Trix Yogurt is back!”

It was also announced on their Twitter page as well, asking what flavor fans would be trying first.

The world is full of beautiful things. Like the return of Trix yogurt. Which flavor are you trying first? 🤔 pic.twitter.com/HrPWcx55WJ

While the return of the line was likely exciting for fans, the new Trix Yogurt is not quite the same as before which may also come as a disappointment to some.

The original Trix Yogurt line had a variety of flavors, including Strawberry Banana Bash, Cotton Candy, Watermelon Burst, and more.

However, with its 2021 comeback, Yoplait only released two flavors: Strawberry and Berry.

While the re-release is exciting, it was also an adjustment for those fans who had enjoyed the original Trix Yogurt in their youth and got to experience the wider variety of flavors.

However, the brand has kept its signature colorful, flavor swirl that fans will remember from their childhoods.

Why Was Trix Yogurt Discontinued Originally? 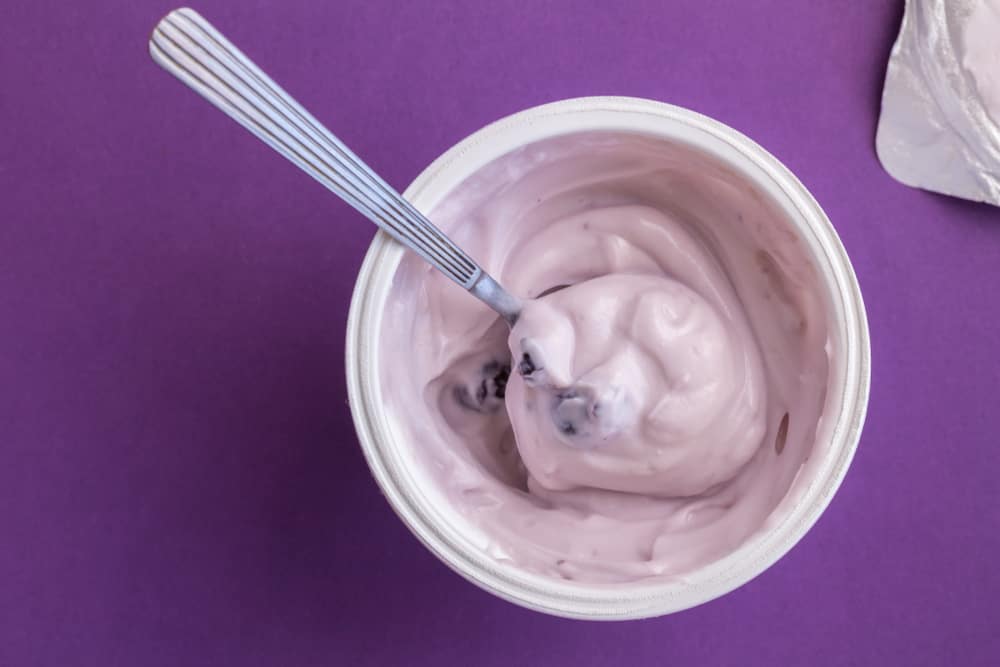 It is likely that the reasoning behind the original discontinuation was that the line was not as profitable nor in high demand, causing General Mills to discontinue it in an effort to save money or focus on other product lines.

Trix Yogurt has actually had a few discontinuations as a result of this very concern.

The first time the yogurt was discontinued was in 1999 due to low demand, as confirmed by Yoplait in a Twitter response to a fan.

The line was then brought back a few years later before it was again discontinued between 2014 and 2016.

However, it appears that fans’ frequent requests to bring the yogurt line back have been successful in encouraging the rerelease of the product once again.

Why Was Trix Yogurt Brought Back In 2021? 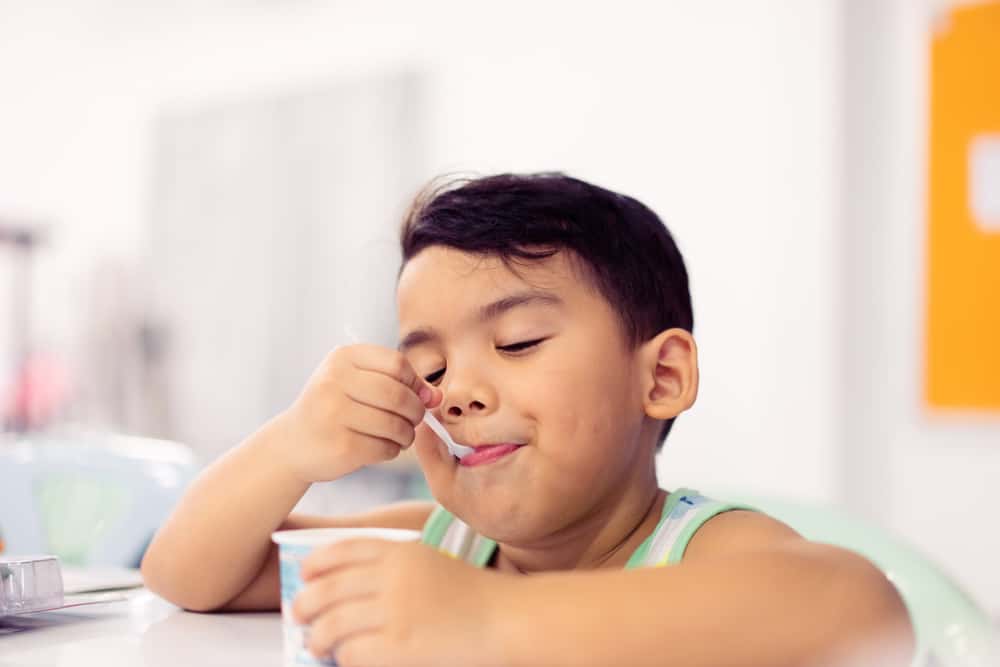 The main reasoning for why the yogurt line was returned to production may be because of the demand from customers.

Additionally, one fan was so dedicated to his love of the Yogurt line that he started a Change.org petition.

The petition was started by Andrew Gerdes and was sent to General Mills and Yoplait.

The petition has almost 11,000 signers at the time of this article.

Many of the comments on the petition mention how the Yogurt line was a favorite of theirs during childhood and that it brought back feelings of nostalgia.

Many also commented that should the snack return to retailers, they would surely purchase as much as possible.

Where Can I Find Trix Yogurt? 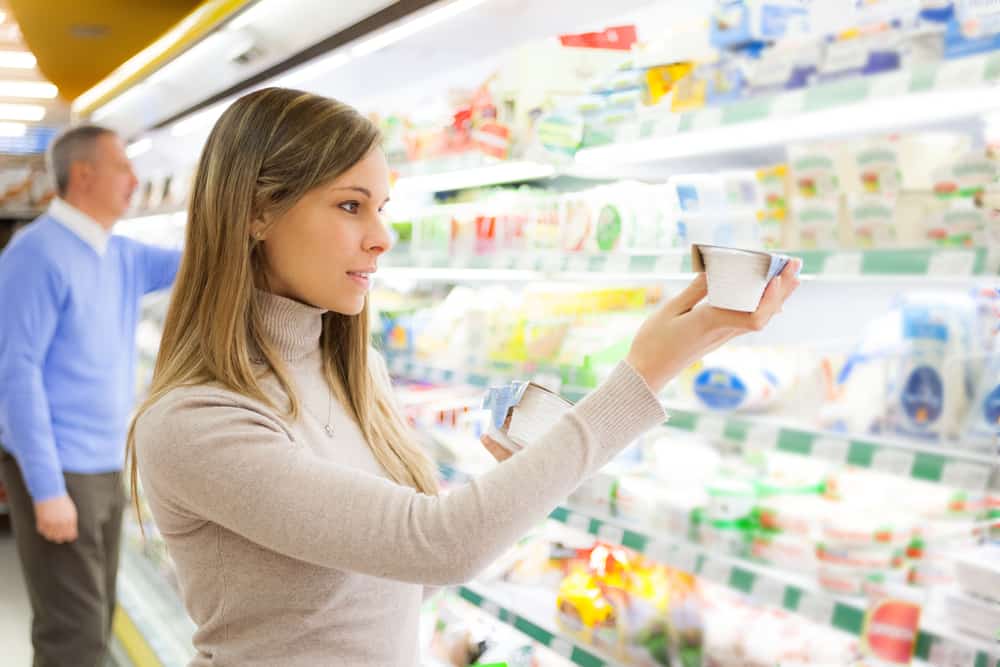 The current Trix Yogurt line does have limited availability and is only sold in-store at Walmart and SuperValu.

However, fans willing to spend more money and wait to receive their order have the opportunity to go through Food Service Direct, which sells the yogurt in bulk.

This method of obtaining the yogurt may not be ideal for single-home families, however, for childcare centers, schools, and other businesses providing services to a larger number of youth, this is an ideal and convenient method.

Businesses can also receive the product through distributors like Sysco, Reinhart Food Service, and Martin Bros. 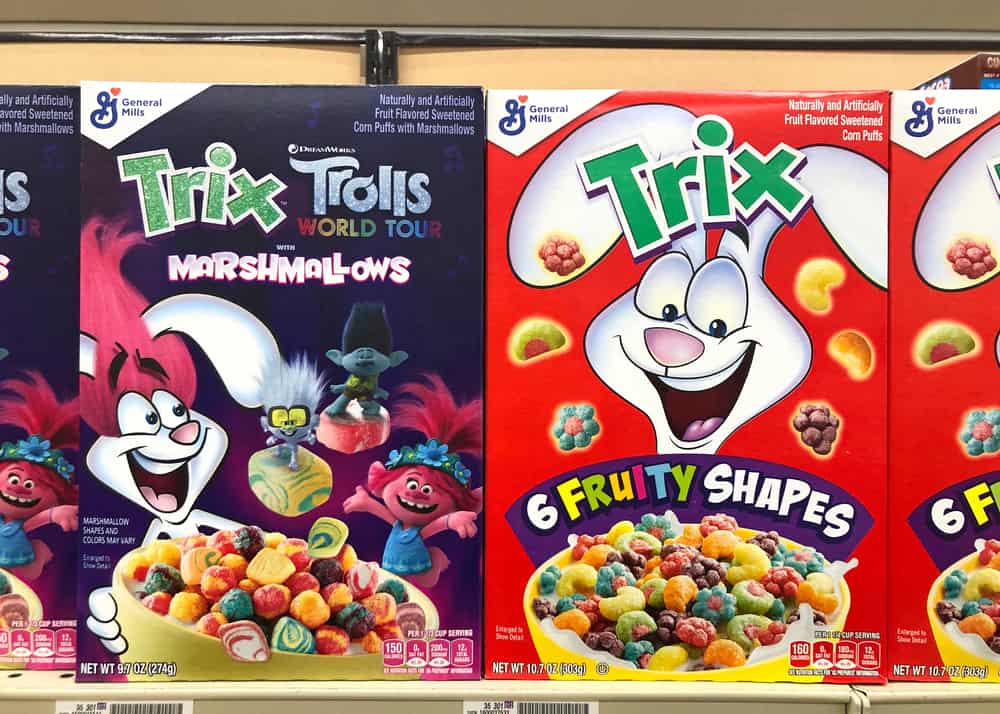 Trix is not only known for its flavorful yogurts.

The brand began with Trix Cereal in 1954, which was the first fruit-flavored cereal to be on the market.

The company not only advertised it as a breakfast cereal but also as the perfect snack for on-the-go families.

Many lifetime fans of Trix will remember the tricky Trix Rabbit, which was created in 1959.

His quest to obtain the Trix Cereal was an entertaining ploy to engage children, as Trix Rabbit was regularly called a “silly rabbit” and told that “Trix are for Kids.”

Trix Pops are another snack created for the Trix Line.

They were released in the 1980s by General Mills in the flavors Raspberry Red, Orange Orange, and Lemony Yellow.

This was one of Trix’s efforts to branch out of the breakfast niche and into more of a snack or specialty dessert line.

Sadly, the popsicle line has been discontinued and is no longer available to purchase at retailers.

If you’re feeling nostalgic, view the 60th-anniversary post by General Mills to honor everything that Trix and that silly rabbit have accomplished in its early years.

Trix Partnership with Got Milk? Brand 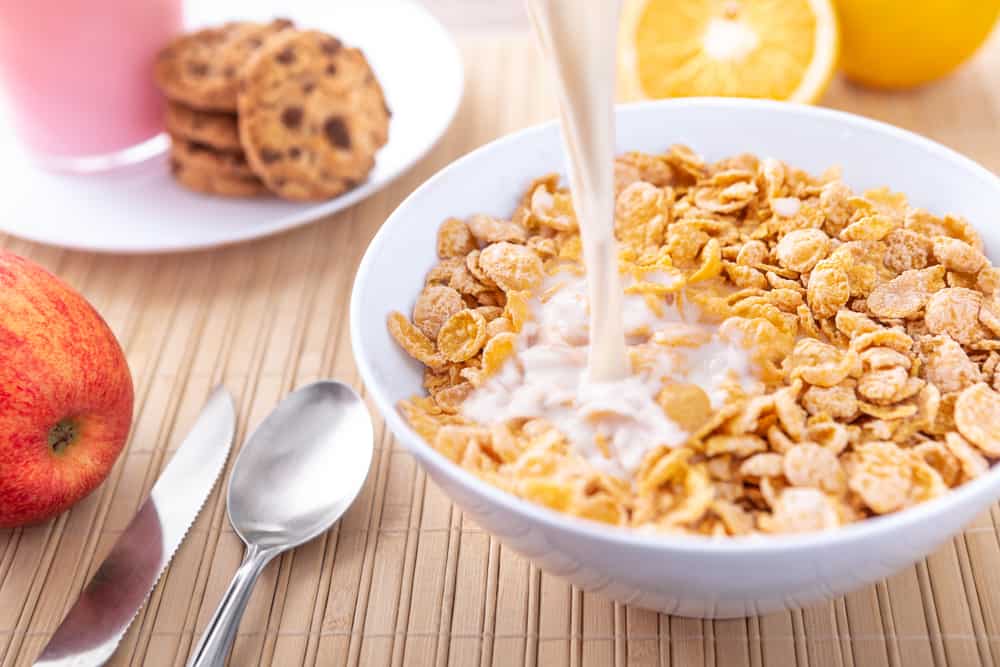 To better market their line of cereals, General Mills partnered up with Got Milk? in 2021 to launch a power duo.

Big G Cereal and Got Milk? worked together to focus on “combining the nutritional power and affordability of cereal and milk.”

They emphasized that kids aged six to 12 years old are able to receive half of their daily milk serving size from enjoying their favorite General Mills cereal with milk.

However, they didn’t just market this to children but also to adults.

Adults over 18 also benefit by receiving 66% of their daily milk serving when pairing milk with cereal.

Big G and Got Milk? emphasized how important this was as most Americans, as stated on their website, do not meet daily recommendations of essential calcium, vitamin D, and whole grains.

The partners wanted to show the nation how obtaining these essential vitamins and maintaining a healthy lifestyle could be done affordably.

In their article it was estimated that in 2021, obtaining this healthier lifestyle cost only 50 cents per serving, making it accessible to most consumers regardless of their financial situation.

Additionally, their dedication to ensuring their cereal was financially accessible for all caused them to print savings coupons on the back of their cereal boxes.

They also offered coupons for discounts when purchasing dairy milk and General Mills cereal together. 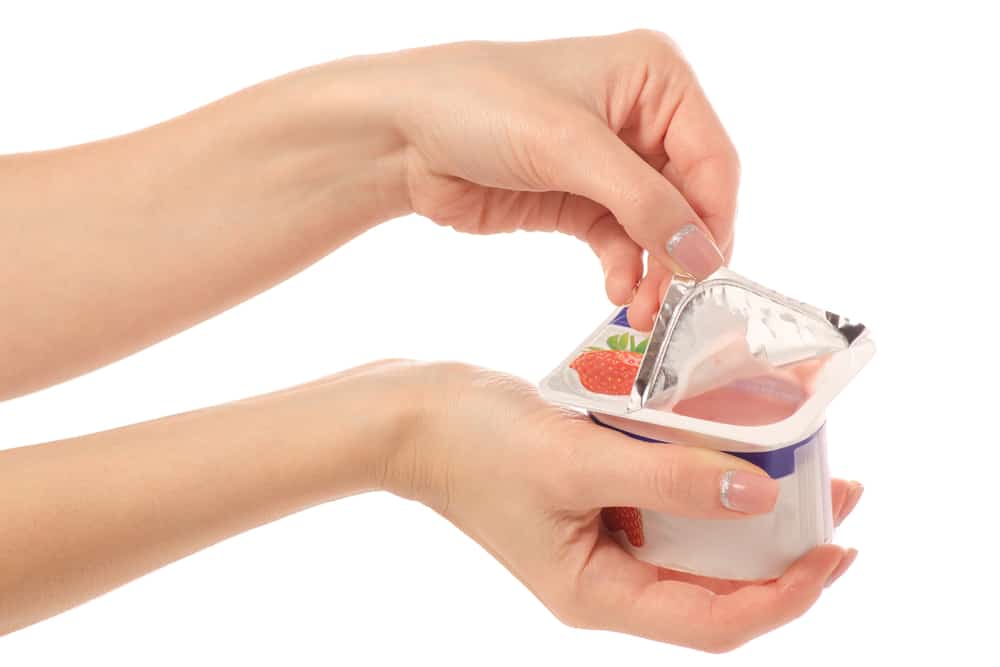 Trix Yogurt is gluten-free and is a source of vitamin D and calcium.

It does not contain high fructose corn syrup, artificial colors, or artificial flavorings.

Additionally, each cup of Trix yogurt contains 3 grams of protein and is 100 calories.

Compared to other yogurts that are filled with artificial colors or flavorings, Trix Yogurt is a healthy choice for children and adults alike. 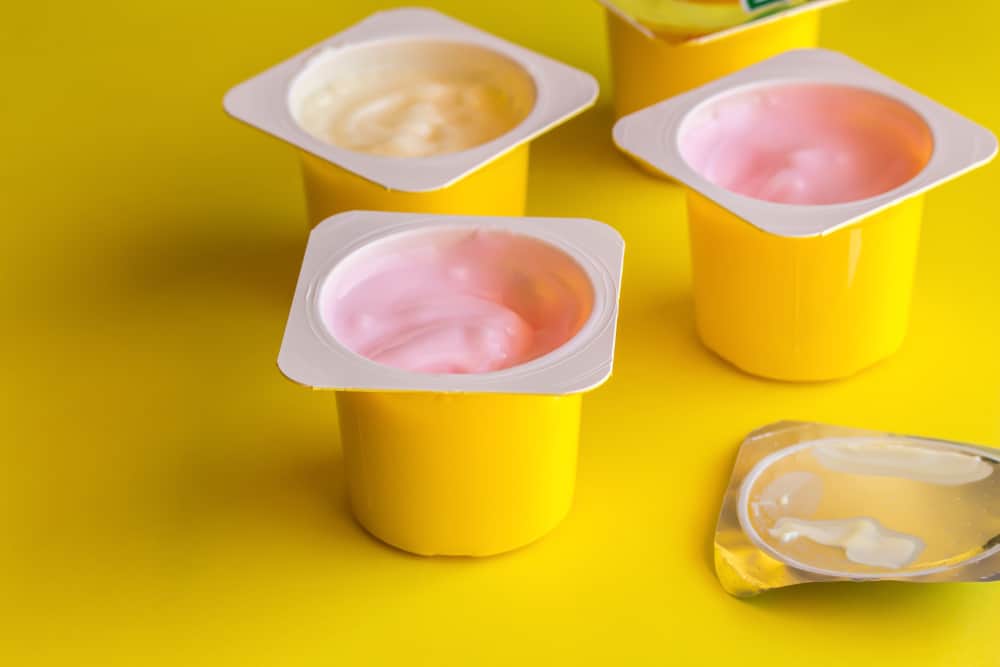 Yes, using the Sugar Limits Chart created and distributed by Providers Choice, it is determined that Trix Yogurt is approved by expert dieticians.

Providers Choice states that to meet the Child and Adult Care Food Program (CACFP), yogurt must contain less than 23 grams of sugar per 6 ounces.

The PCI Approved Yogurt List above contains name-brand yogurts that are approved, as well as a chart to help determine if other brands of yogurt not included on the chart are within the proper sugar limits.

When assessed with the Providers Choice chart, we found that Trix Yogurt is served in 113-gram containers and has a total sugar count of 14 grams, making it an acceptable yogurt choice.

It is notable that the Trix Yogurt sugar count comes very close to the PCI cutoff of 15 grams for a container of that size.

What Is Providers Choice?

They also offer education, enrichment opportunities, and assistance to those providing services to children.

The goal is to ensure that the overall health and well-being of children are put first, as well as to support caregivers and the childcare profession as a whole.

The CACFP is a federal program within the United States Department of Agriculture.

The website has many resources for childcare centers, family care providers, and adult care centers to utilize.

Other yogurt brands that have been pre-approved by Providers Choice for their lower sugar counts include:

Any brand of plain regular yogurt or plain Greek yogurt is considered creditable according to the Providers Choice list. 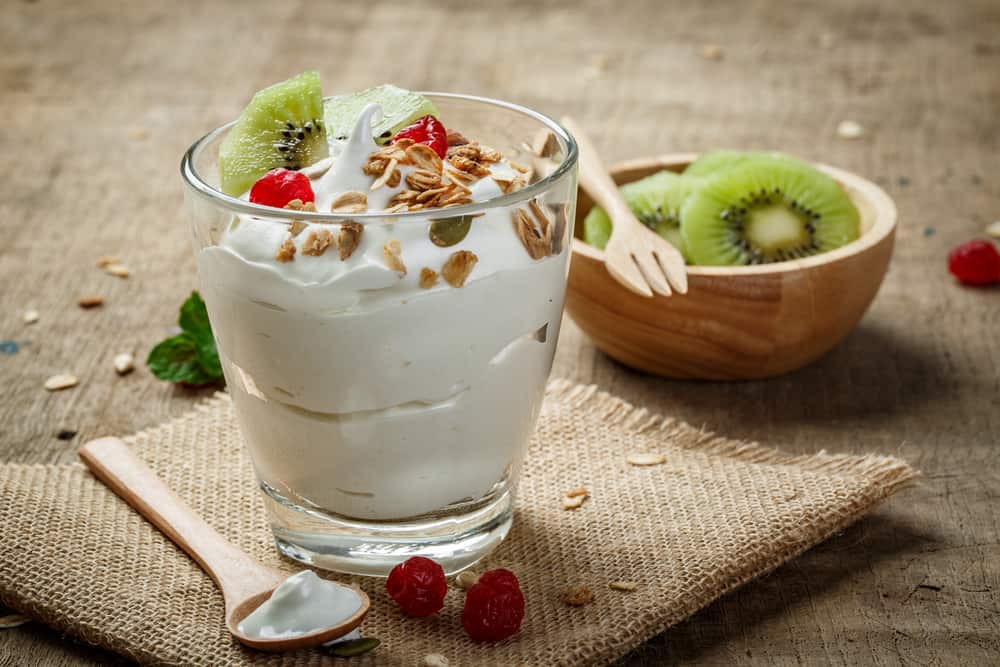 While Trix Yogurt is enjoyable on its own, there are a variety of other fun ways to incorporate the yogurt into your child’s (or your own) diet.

Betty Crocker Kitchens tried their hand at coming up with an easy, unique recipe with their Yoplait Trix Yogurt Frozen Pops.

The only ingredient needed was wooden or ring sticks, and after being frozen, the yogurt could be enjoyed as a refreshing summer treat.

Betty Crocker Kitchens also added a little twist to their original Frozen Pops recipe by adding a layer of General Mills cereal in the middle of the yogurt for a crunchy, delicious surprise.

The chef of this Go-Gurt, Trix, and Fruit Cups recipe talked about the importance of involving her child in the recipe process and encouraging creativity among children to avoid losing interest in common foods.

This recipe involves creating your own yogurt parfait by adding 1 cup of raspberries, 1 Yoplait yogurt (Trix Yogurt or Go-Gurt), and 1 cup of Trix cereal.

You can also be creative and make up your own recipe, incorporating Trix Yogurt or another yogurt of your choice.

Taste of Home and the Food Network have come up with a wide variety of unique, delicious, and healthy food recipes that incorporate yogurt and can be enjoyed by both youth and adults.