You are here: Home / The Cold Spotlight / Is the Camaro Being Discontinued? (2023 Updated) 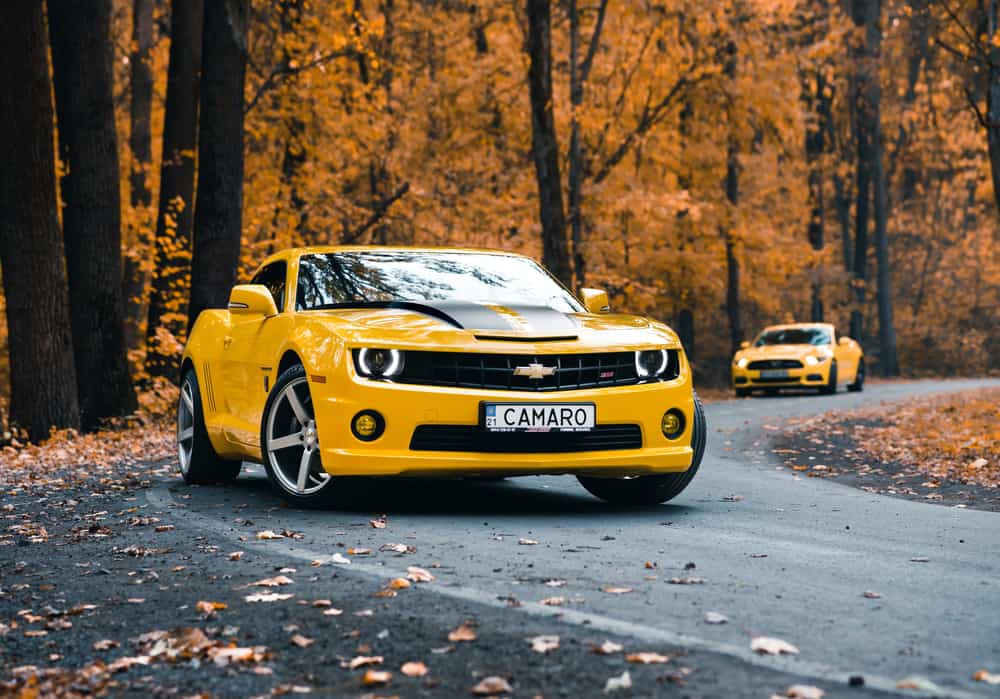 The rumors of the Chevrolet Camaro being discontinued in recent years have made big headlines.

In particular, Chevy dealerships throughout the nation have posted the news on their websites and have begun preparing their customers for the future change.

Some dealerships have even gone so far as to guess the future of the Camaro.

This rampant news throughout the internet can be confusing for car aficionados, especially when Chevrolet and General Motors have very limited information regarding the topic.

Is the Camaro Being Discontinued? 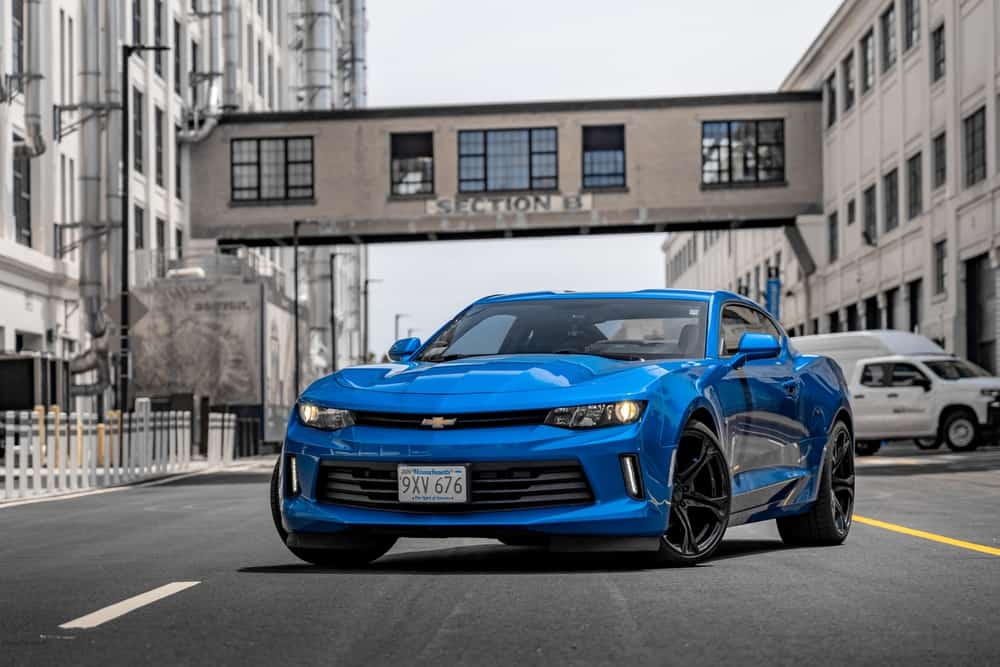 Yes, after being introduced in 1967 and undergoing a variety of transformations, Chevy has decided that it is time to discontinue the Camaro.

The primary reason for the discontinuation of the beloved sports car is the popularity of electric vehicles has increased in recent years as environmental efforts have become a higher priority to many.

General Motors, the owner of Chevrolet, has determined that it wants to play a role in the future of the electric vehicle, and the Camaro as we know it is likely to be eliminated as a result.

The Camaro has a strong fanbase, and GM may believe that it can carry that fanbase into the future of electric vehicles.

Another reason for the company’s decision may also be a decrease in sales that the popular muscle car has experienced nationwide.

The Chevy Camaro is known for its gas-guzzling qualities, which have become less desirable to many drivers in recent years.

Chevy has decided to focus on its electric lineup, and the Camaro appears to be the first vehicle that is being removed in the automaker’s effort to focus on environmentally friendly vehicle options.

It has not yet been announced, but it is likely the Camaro will not be the only popular gas-powered vehicle to disappear from the Chevy lineup in the future.

The push for a more expansive vehicle lineup is not solely Chevy’s decision, but rather, it is based on the decision of General Motors (GM) which owns Chevy.

GM has determined that its focus is better suited to developing and extending its collection of all-electric vehicles.

The effort required to create and market a more extensive electric vehicle lineup requires more manpower, time, and money which must be taken from the existing workload. 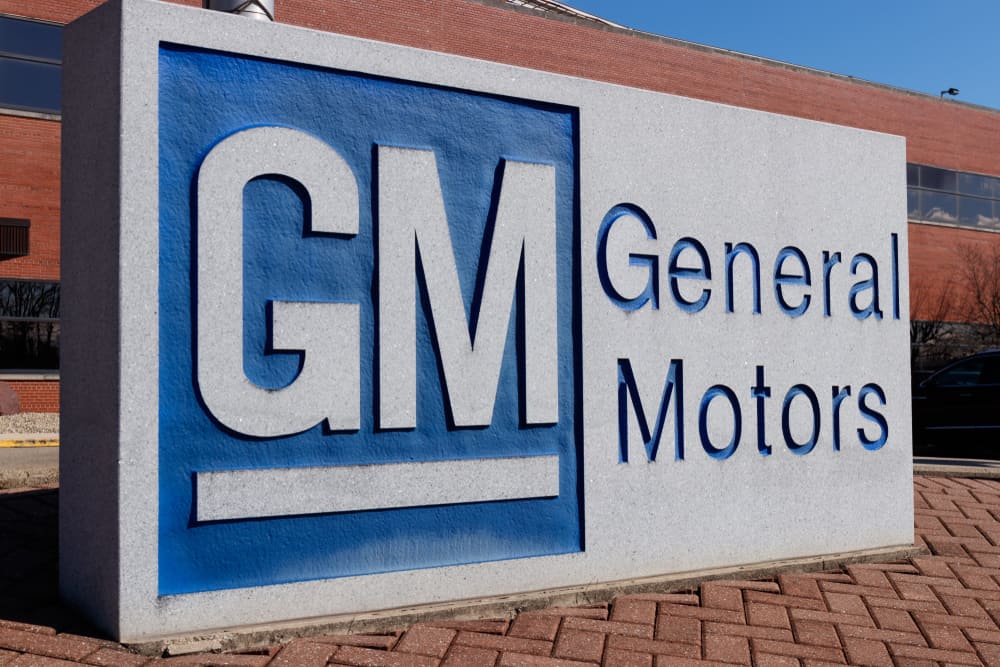 General Motors has its own environmental goals, which include the goal of producing only electric vehicles by 2035.

The company states that it’s “putting everyone in an EV—moving us closer to a world with zero tailpipe emissions.”

To do this, they have established three priorities that will help them to advance toward their zero-emissions, all-electric future:

Ultium is an electric vehicle platform that is built on a flexible battery architecture.

It can be used to power electric vehicles across a wide variety of vehicle models, from sedans to SUVs.

GM is confident that its Ultium battery will provide a thrilling experience and extended charge time, and therefore, it will be a life-changing evolution for drivers.

General Motors also owns the OnStar platform, designed to enhance the safety of drivers by providing them with OnStar Advisors 24/7 in case of emergencies or injuries.

Other Companies With Environmental Goals 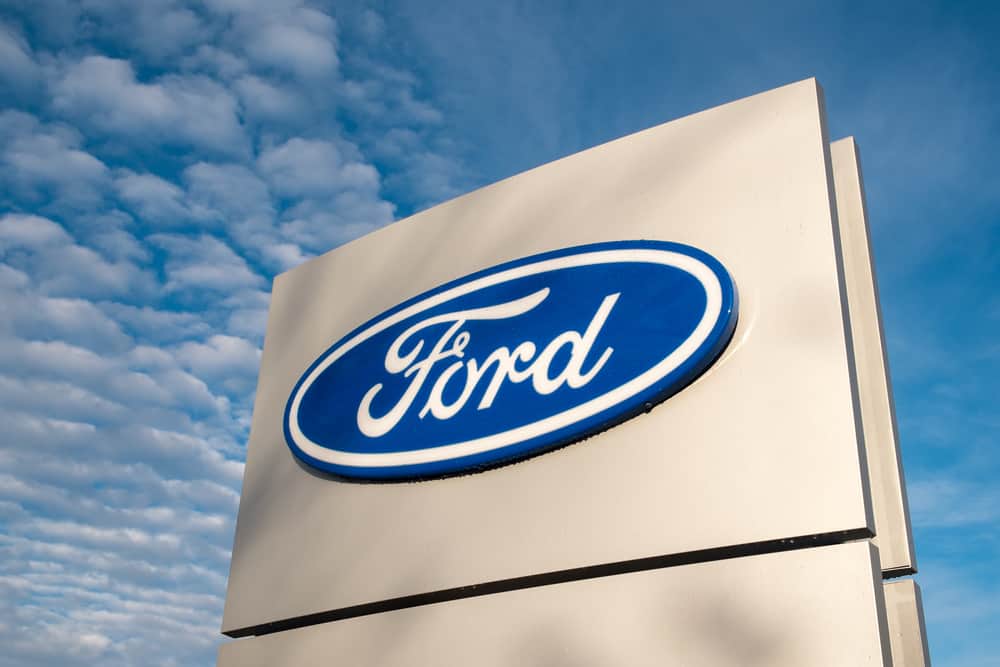 Chevy is not the only big-name vehicle company with lofty environmental goals.

Dodge has also been making moves to break into the electric vehicle market and has released a preview of its next all-electric car that looks similar to the Challenger.

Ford also introduced its Mustang Mach-E electric SUV, although one potential criticism of the Mach-E is that it does not closely resemble the Mustang vehicles that Ford owners have come to enjoy. 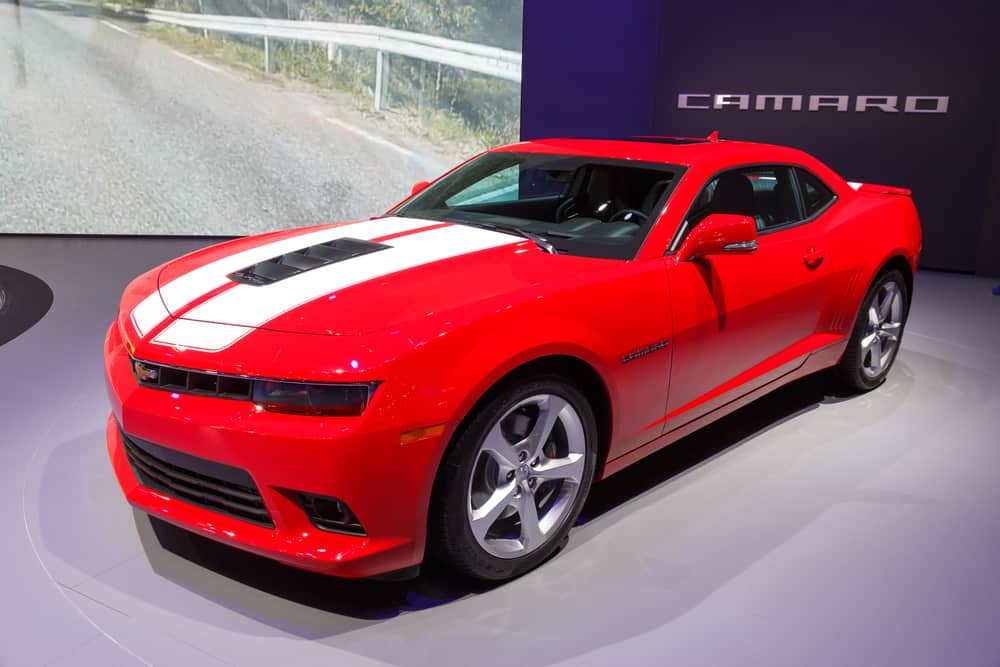 Besides the current shift in priorities to electric vehicles, Valley Chevy Dealers states that another reason that the Camaro will be discontinued is a decrease in sales.

The decrease in Camaro sales is also mentioned by other Chevy dealers, like Mike Anderson Chevy Chicago.

In the United States, the Camaro is still a popular performance vehicle.

However, internationally, Camaro sales have been on a steady decline in Europe, Mexico, and South Korea as stated by Mike Anderson above.

It’s important to note that there does not appear to be any official statement from GM or Chevrolet confirming the decline in sales as a reason for the discontinuation. 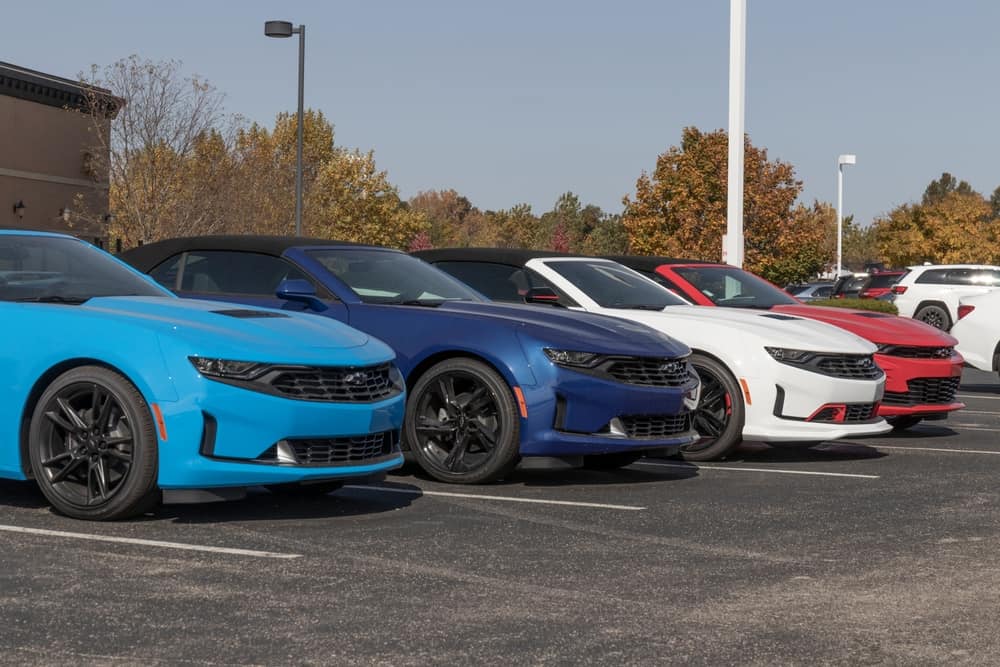 Chevy understands that the news of the Camaro’s discontinuation is upsetting to many fans, so the company plans to send the car off in style before it is officially discontinued.

According to dealerships, the 2024 Camaro will be available for customers to purchase with an exclusive Farewell Package called the Heritage Edition.

This Heritage Edition will be available with various trim levels in the 2024 Camaros, including the LT, LT1, SS, and ZL1.

Fans can also expect that the 2024 Camaro will have design upgrades as well.

The Future Of The Camaro 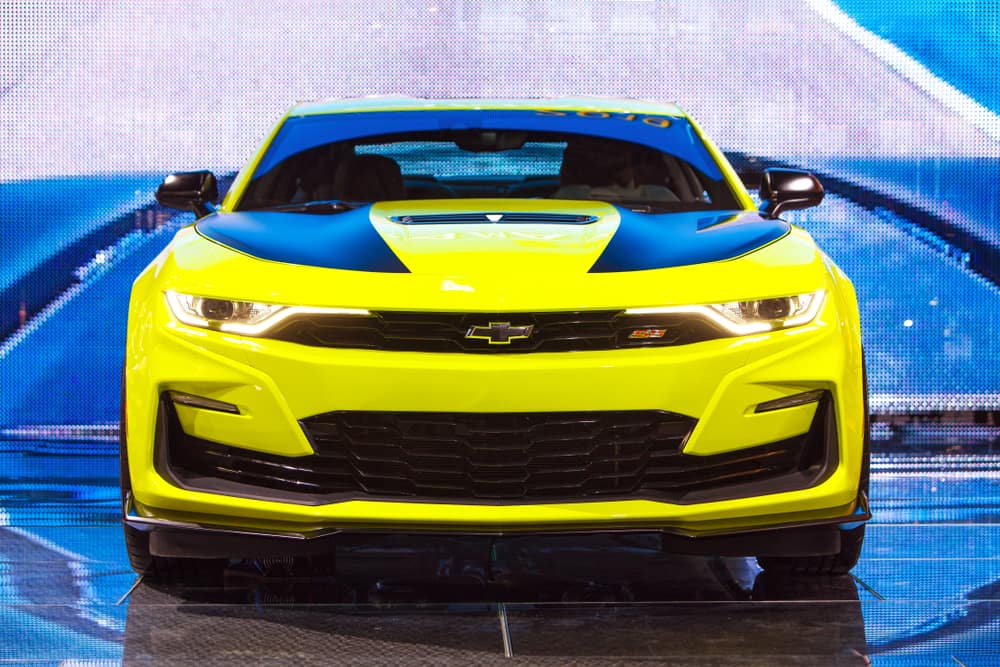 Rumors are circulating among Chevy dealers, MotorTrend, and Automotive News that the vehicle replacing the Chevy Camaro will be an all-electric four-door sedan.

Despite the Camaro being discontinued, Chevy still hopes to provide its fans with a similar performance vehicle.

The benefit of the early news that the Camaro will be discontinued is that Chevy has a few years to master the technology necessary to provide a top-notch electric vehicle that fans can rely on to fill their muscle car needs.

Consumer Reactions To The News 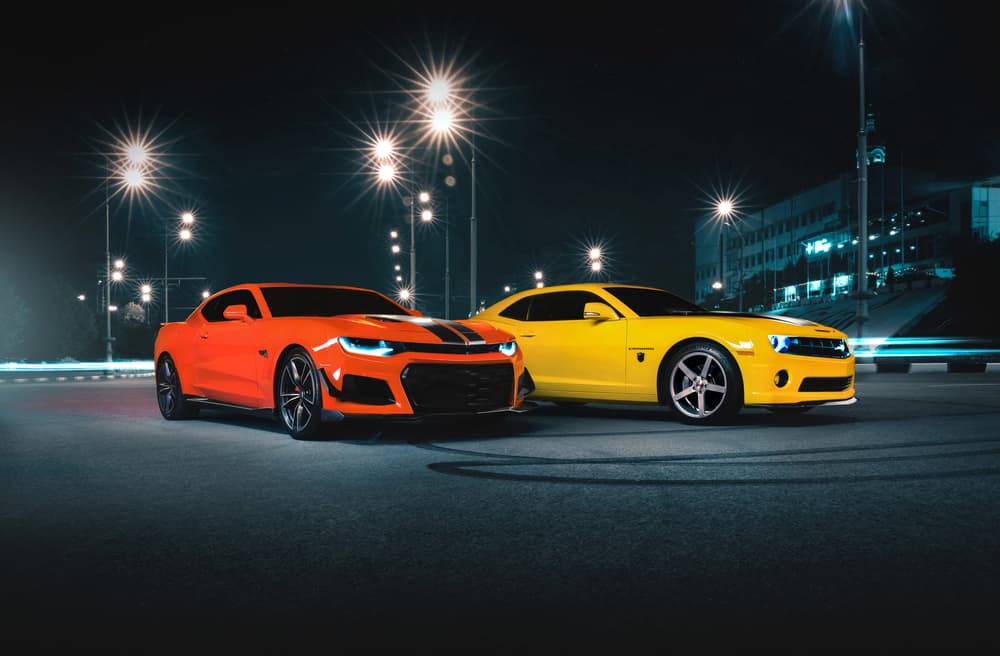 Interestingly, within this specific Reddit thread, the majority of consumers do not appear to be surprised or significantly upset by the news that the Camaro will be no more.

There are many comparisons of the Camaro to other popular muscle cars, like the Dodge Challenger and the Ford Mustang.

Several of the comments reference the poor visibility when driving the car as being a large reason for the lack of sales of the Camaro, as compared to the sports cars offered by Dodge.

One commenter on the above Reddit thread stated that Chevy “gave sales to the Mustang and Challenger by alienating regular people who want the Camaro but can’t see out of it.”

Other comments reference the Camaro’s uncomfortable and unusable back seats, again comparing them to the Mustang and Challenger which are more comfortable.

Additionally, Twitter appears to be conflicted about the news as well.

Some tweets refer to a sad day when the Camaro is discontinued while others stated that the car was never realistic in the first place.

Many Twitter users appear to also be in disbelief that the Camaro will be truly discontinued.

This Twitter user states that this will be the Camaro’s third strike, or attempt to be discontinued, and states the future of the Camaro will be a four-door electric vehicle.

Actually it's the other way round. The Mustang was first and unlike the Camaro. Never ending production.The Camaro that's being discontinued for the 3rd time. In baseball. 3 strikes and your out. Maybe we'll see it in the future as a 4 door EV. Maybe the next time it will sell

If rumors on Twitter are to be believed, several performance vehicles are going to be discontinued in 2023 to prepare for the future of electric vehicles. 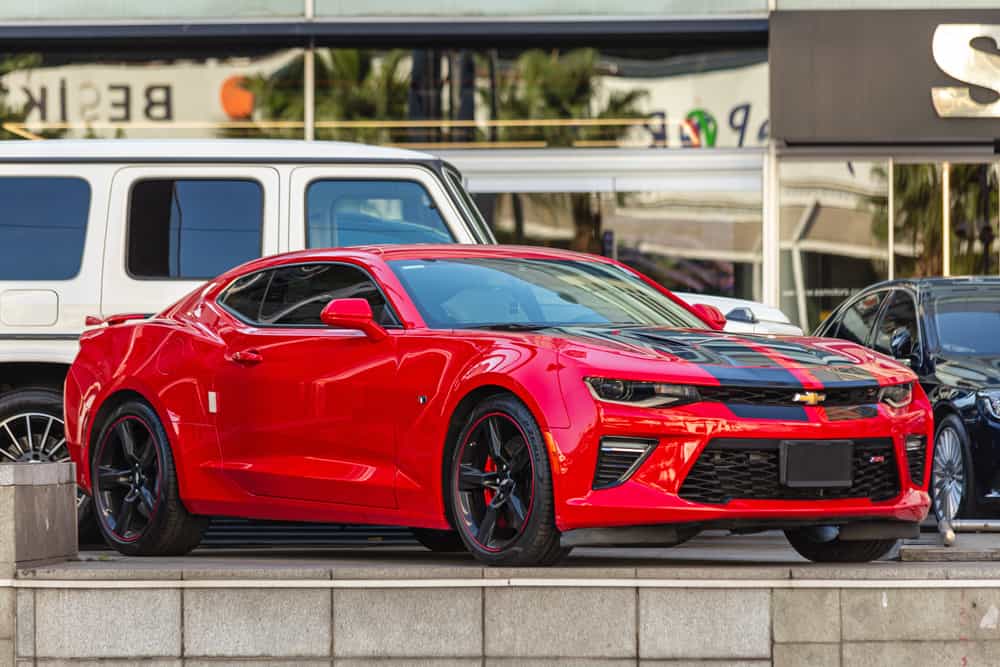 While the Camaro may only be available for a few short remaining years, there are still a variety of models that consumers have available to purchase.

These models range slightly in features and style, but they all come equipped or offer standard safety features like a rear vision camera, driver assistance, and rear cross-traffic alert.

As found on the Chevrolet website, there are six models available: 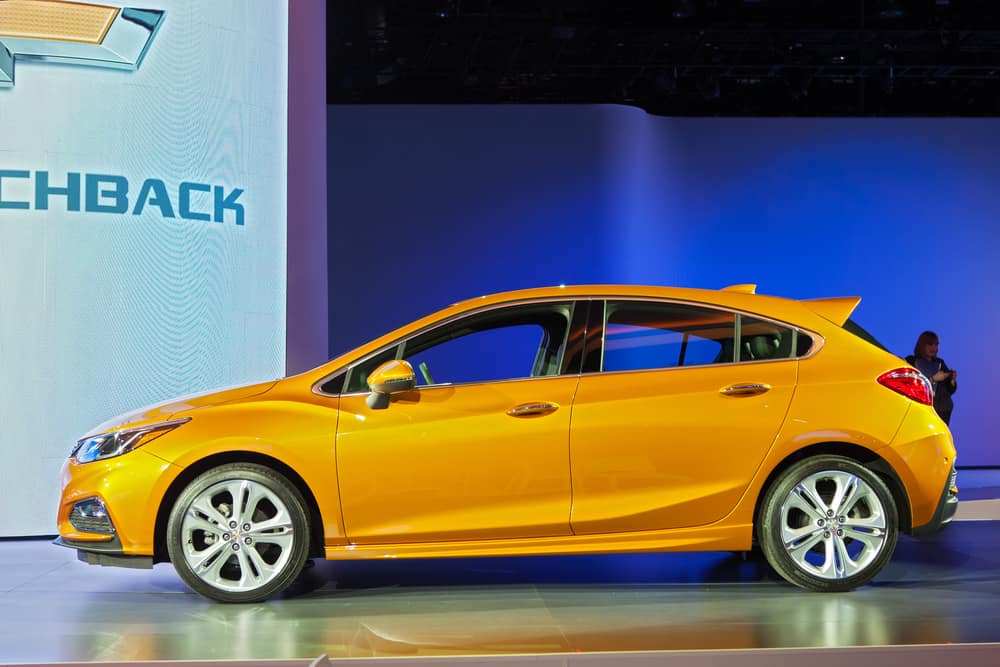 In Chevy’s quest to continuously improve its vehicle portfolio, it is no surprise that some models have been discontinued to make room for the new.

Chevy states that some of their retired models continue to be popular, and fortunately for fans, Chevy’s Pre-Owned vehicles program may be their opportunity to find a discontinued model that has been pre-loved by another owner.

While the Camaro is not yet an option listed on their pre-owned vehicles list, it is likely that in the future it will be available for fans.

The Sonic was replaced with Spark, which incorporates efficiency, tech connectivity, and personality all in a fun and sporty compact-sized car.

The Spark is a perfect alternative for fans who have been unable to find the Sonic at any local dealers or through Chevy’s pre-owned program.

For those fans looking for an Impala, or similarly related vehicle, Chevy recommends checking out the Malibu which has a sleek, sophisticated style, a relaxing and comfortable interior, and balanced performance.

The Malibu also boasts excellent fuel economy with a smooth ride, similar to the original Impala.

The Chevy Cruze, as described by Chevy above, has driven off into the sunset, leaving sedan lovers to scour the pre-owned vehicle listings in the hopes of finding an adequate alternative.

The Malibu is also considered an excellent alternative to the Cruze with its sporty exterior mixed with both style and substance.

It appears that Chevy has designed the Malibu model to meet the interests and vehicle needs of a wide array of drivers including single or family drivers.

After the SS model was discontinued, Chevy turned to its performance cars to meet the needs of the original SS fans.

Interestingly, the Camaro was one of the performance vehicles used to replace the SS model.

Fans of the SS and Camaro will likely be anxiously waiting to learn which performance vehicle Chevy will boast as a suitable alternative.

The Volt has been replaced with Chevy’s very similar-sounding Bolt EV.

The Bolt EV is an all-electric yet affordable car designed to impress Volt lovers with its ability to keep up with the driver’s busy lifestyle, whether it be a soccer mom juggling a carload of children or a young professional.

Fans of the City Express will remember the vehicle as being the perfect choice for running a business, due to its ability to carry a large load easily.

As this model has become difficult to find, even with the pre-owned program, Chevy encourages fans to turn to any one of their commercial vehicles.

These include the Colorado and Silverado pickup trucks or Chassis Cabs, Cutaway, Low-Cab Forward, and Express Cargo and Passenger Vans. 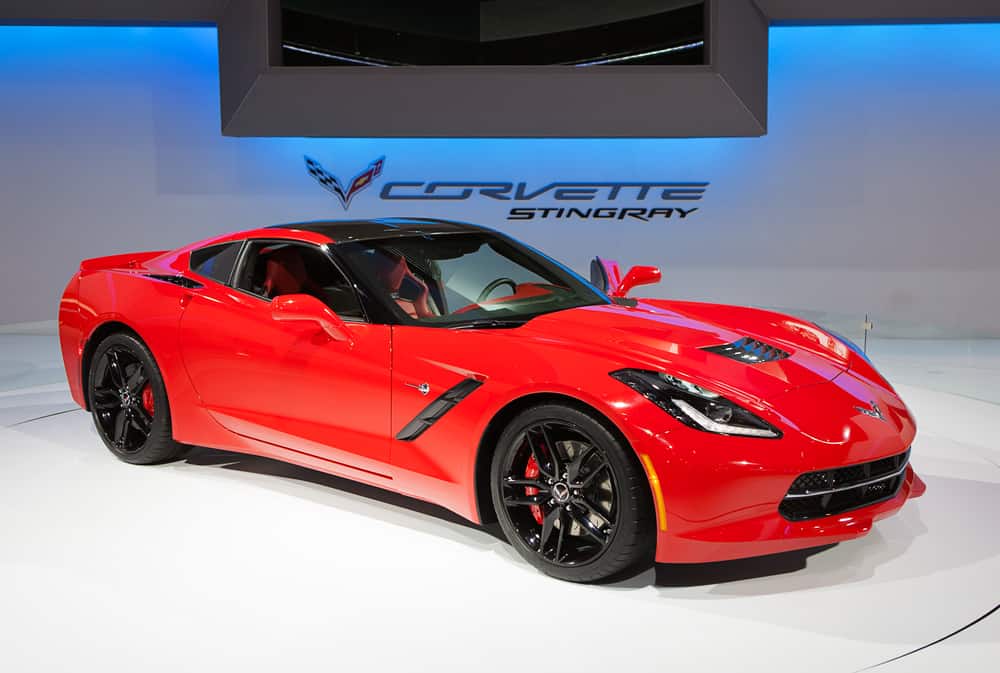 Chevy has yet to officially announce a replacement for the beloved Camaro.

However, Chevy has a lineup of “heart-stopping, head-turning performance” vehicles to interest fans.

These performance vehicles include:

Besides Chevy, there are other popular performance vehicles available such as:

Fans may be disappointed in the news of the Camaro being discontinued, but in the meantime, they have ample opportunity to replace their preferred vehicle with another performance car.

Is the Camaro Being Discontinued? (2023 Updated)