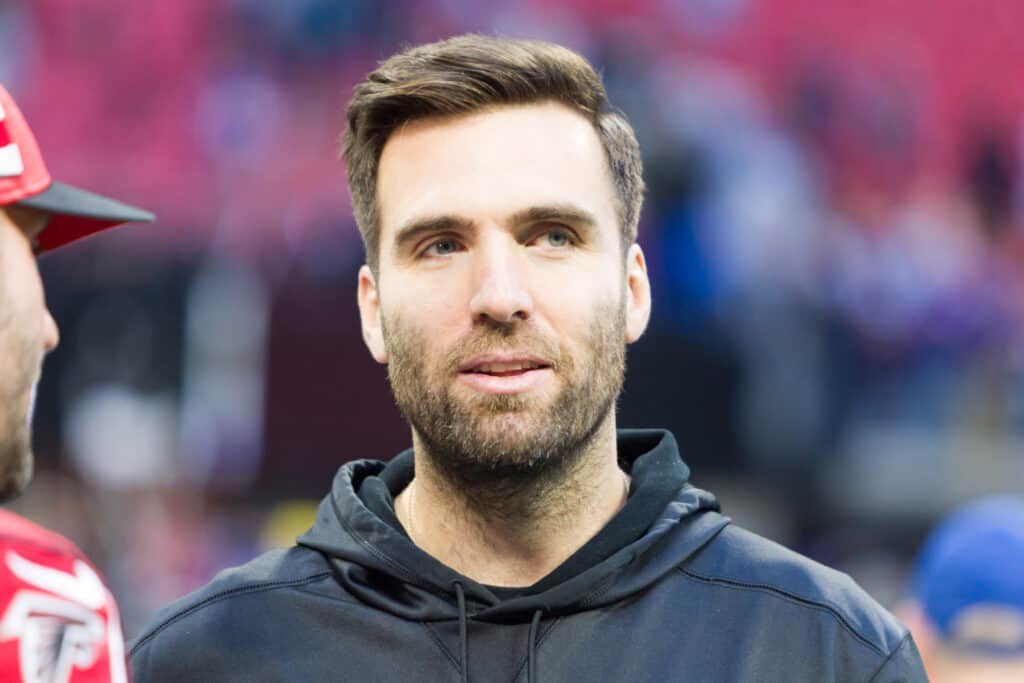 He just completed his 13th season.

11 of those were with the Baltimore Ravens.

After almost 11 years including a Super Bowl with the Baltimore Ravens, Joe Flacco is being traded to the Denver Broncos.

Flacco spent 2019 with the Denver Broncos and 2020 with the New York Jets.

When he walks away from the game of football, will he be a Hall of Famer?

This is an easy question to answer.

Here are three reasons why.

While Flacco has longevity which is usually a criteria for Hall of Fame selection, in this case his stats during those 175 regular games work against him.

He has thrown for 40,931 yards in his career which is commendable.

The problem is the touchdown to interception ratio.

This Joe Flacco interception had a 90.6% chance of being completed. To Denver. It was not. pic.twitter.com/Sqb8XaKc6R

He also is sacked often.

Flacco was sacked 366 times; he never possessed the mobility of his heir apparent, Lamar Jackson.

Probably the worst year of his career was 2013.

The Ravens were the defending Super Bowl Champions, Flacco was the reigning Super Bowl MVP, and he just signed a monster 6 year contract worth $120 million.

Efforts to defend the title and go back-to-back were disappointing.

2. Played On Teams With Good Defenses

Flacco played in the Ravens era of outstanding defenses.

The Ravens have always been known for their tough defenses.

It’s the same reason Trent Dilfer became a Super Bowl Champion with the Ravens during the 2000 season.

Managing the offensive side of the ball is a lot easier knowing that the Ravens defense could initiate turnovers and disrupt the opponents on every level.

8 years ago today: Trailing 35-28 with 44 seconds left and no timeouts, Joe Flacco miraculously connected with Jacoby Jones for a 70-yard TD.

The #Ravens would go on to beat Peyton Manning's Broncos in overtime and win the Super Bowl a few weeks later. pic.twitter.com/HeDLehPpBc

No football player can build a Hall of Fame career on one great season.

The Ravens went 10-6 in the regular season.

He had a career best average of 12 yards per completed pass.

Flacco took all of that momentum into the postseason, and the Ravens went 4-0 culminating in a Super Bowl Championship.

Joe Flacco was the Super Bowl MVP; he lit it up throughout the playoff run.

He threw 11 TDs without tossing a single interception.

Though Joe Flacco does not have the credentials to get into the Pro Football Hall of Fame, his career was successful.

Those are feats that Hall of Famers and legends like Dan Marino and Jim Kelly never achieved.

Through his rise to fame, he always maintained his down-to-earth and humble demeanor.

How did Joe Flacco celebrate his record $120M contract? With a 10-piece McNugget meal from McDonalds, of course. http://t.co/300WvIwugb

After he signed the big $120 million contract with the Ravens in 2013, he went to an Aberdeen, Maryland McDonald’s drive thru and ordered Chicken McNuggets.

That makes him near and dear to all of our collective hearts.

Stephen A. Smith Says It's Clear What QB Has Had The Best Postseason Run

Trevor Lawrence Lands A Surprising Honor To Finish His Season

Analyst Points Out A Sad Fact About Arizona Cardinals Season

The Bengals Have 7 Notable Free Agents This Offseason

Colin Cowherd Reacts To A NFL Conspiracy Theory By Fans

A Super Bowl Ticket Will Cost Fans A Fortune

Is Joe Flacco A Hall Of Famer? (3 Reasons Why He Is Not)