You are here: Home / The Cold Spotlight / Is It Weird To Go To Clubs Alone? (Explained) 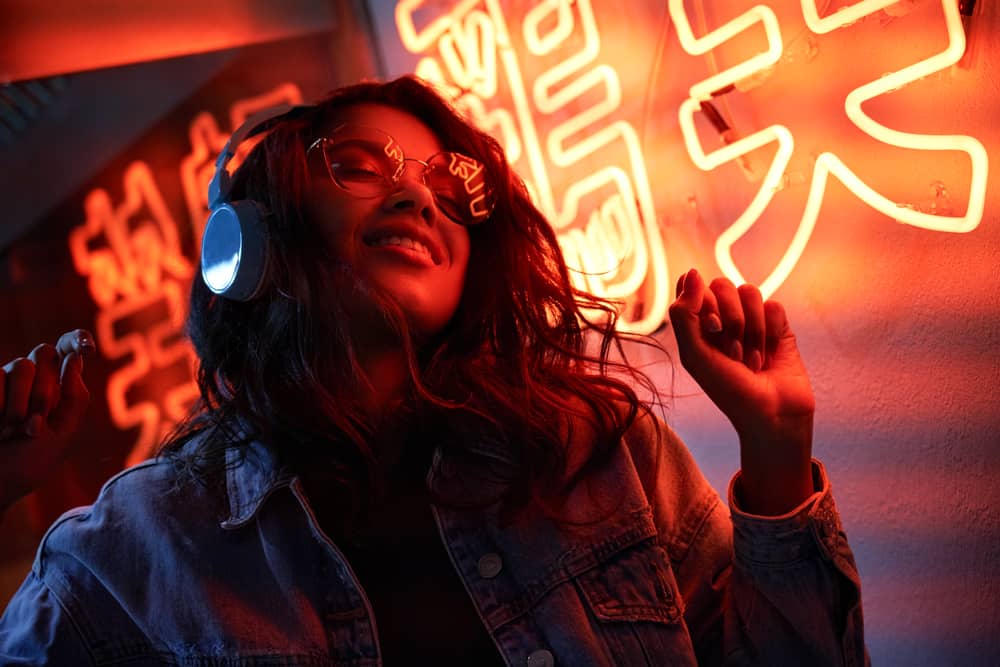 A club is one of the most fun places to go and socialize.

It usually features good music, drinks, some finger food, and plenty of company.

However, there may come a time when you feel like going out to the club, but your friends don’t.

When this happens, you may wonder if it’s weird to go to the club alone or not.

Is It Weird To Go To Clubs Alone? 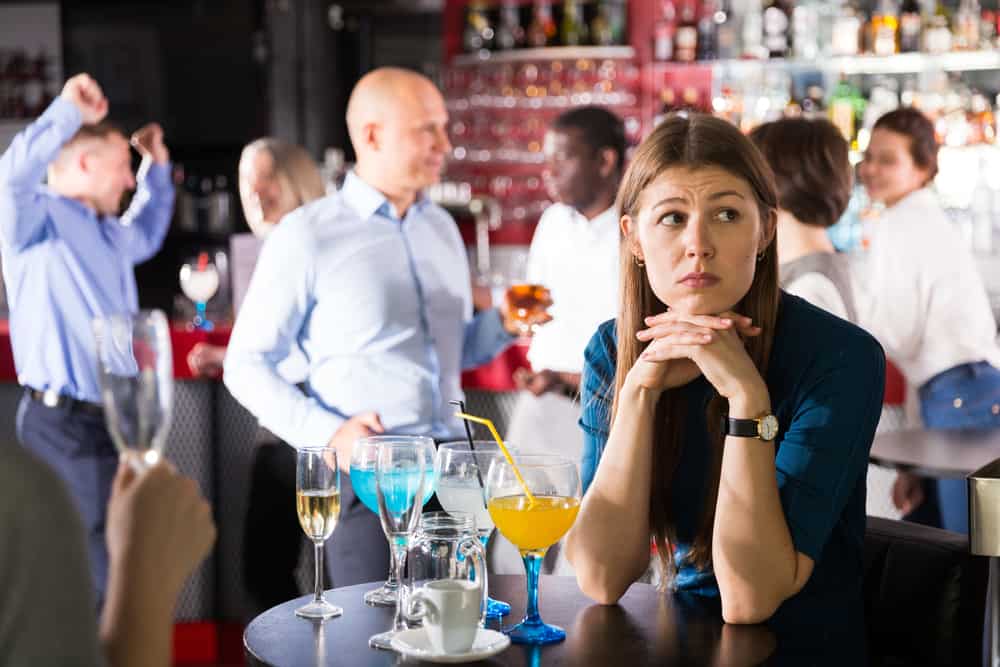 No, it’s not weird to go to a club alone.

While going to a club is something you usually do with friends, it’s completely acceptable to go to a club on your own.

That said, one of the reasons people tend to go with friends is that it’s safer.

Clubs can be a fun place to socialize and meet new people.

In meeting new people, however, you always run the risk of inviting danger.

There’s always a chance when you’re on your own that someone might mark you as easy prey.

They might try to take advantage of the situation.

As such, while you can certainly go to a club on your own, it’s always best to have some safety measures put in place first.

Otherwise, going to the club alone isn’t weird at all.

How To Go To A Club Alone Safely 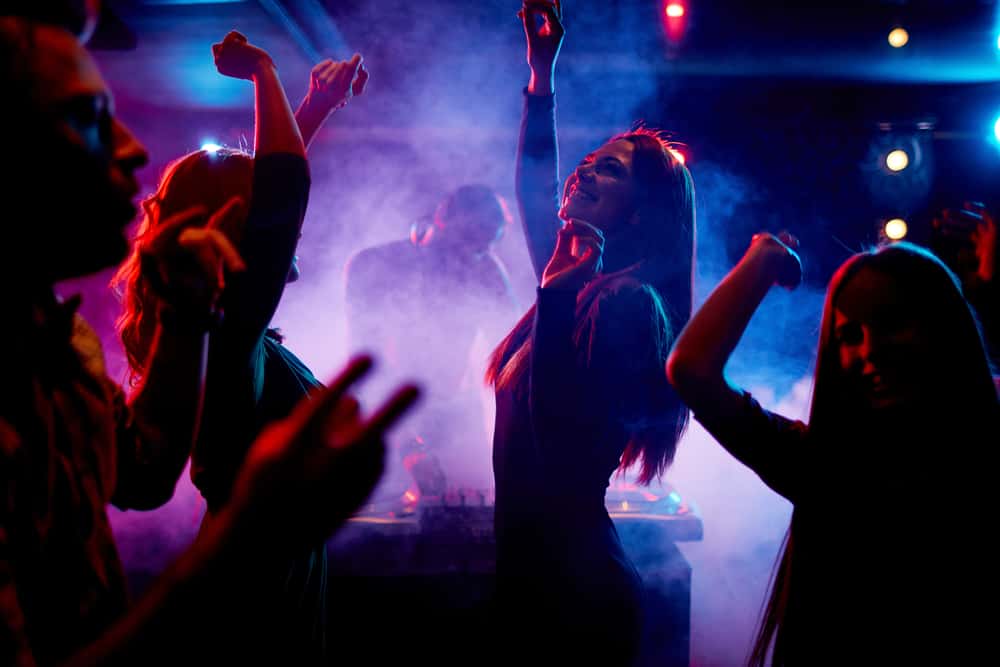 While going to the club alone isn’t weird, it can be unsafe.

As such, it’s helpful to know a few tips on how to stay safe when you go to the club alone.

Follow these steps to increase your safety when going to the club on your own.

1. Let Others Know Where You Are 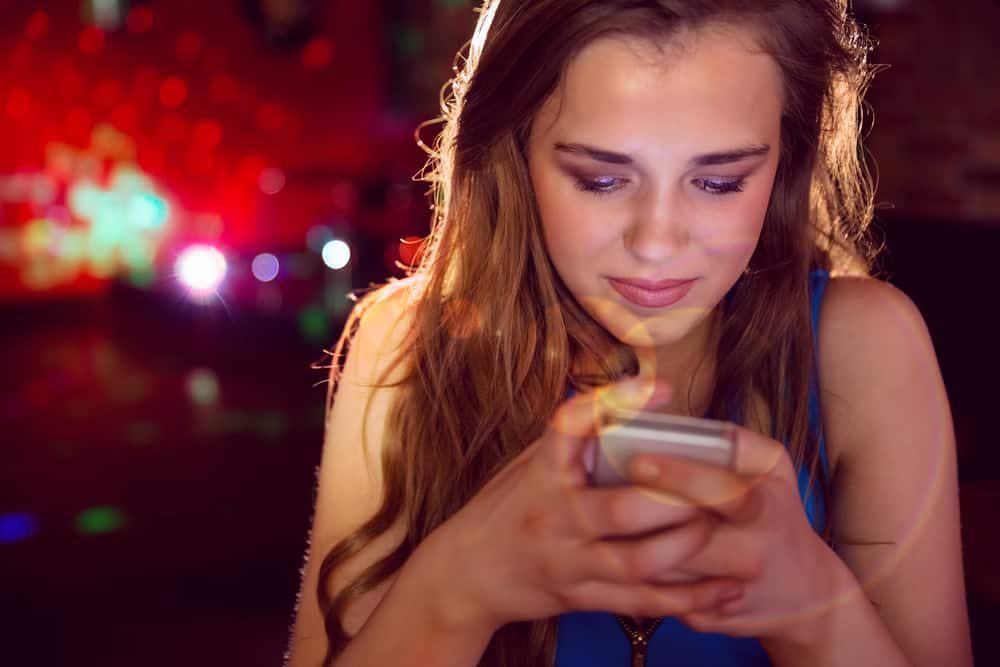 One of the first things you should do if you’re planning to go to the club alone is to let others know where you are.

They should know what club you’re going to and the amount of time you intend to spend there.

That way, if they don’t receive a text or call from you later, they know that something is off.

However, that also means you need to remember to check in with them from time to time.

You can keep them updated if the plan changes.

Most importantly, you need to let them know when you’re home and safe.

You might use some kind of code word, so they know it’s you texting or calling and not someone else.

By letting someone know where you’re going to be and for how long, you can increase your safety.

If something goes wrong, they can notify the police or club security.

If you’re going to the club alone, be sure to let someone know first.

2. Make A Friend At The Club 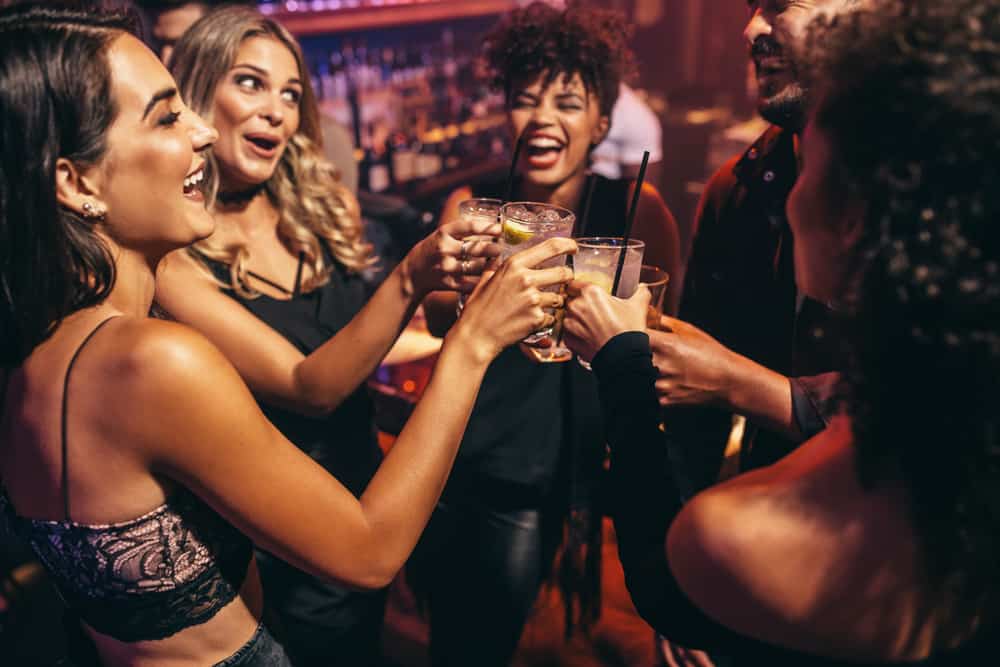 Another great thing you can do at the club if you’re there on your own is to make a new friend.

That friend might be a security guard, a bartender, or one of the other bar patrons.

You should also consider making a friend who is part of their own friend group.

There’s safety in numbers, after all, and they can introduce you to their group.

You’ll be able to blend in with them and have a great time despite actually being on your own.

You can also befriend other people who are on their own.

In this instance, if you’re a woman, you might want to consider befriending another woman.

A man on his own in the club could be a sign of trouble.

While that isn’t always the case, it’s best to find another lady to be your friend first.

You don’t have to be their friend outside of the club either.

You’re essentially creating the buddy system while you’re at the club alone.

If either of you goes missing or something happens, the other person can inform club security.

If you’re going to the club alone, it’s worth making a temporary friend in the club while you’re there. 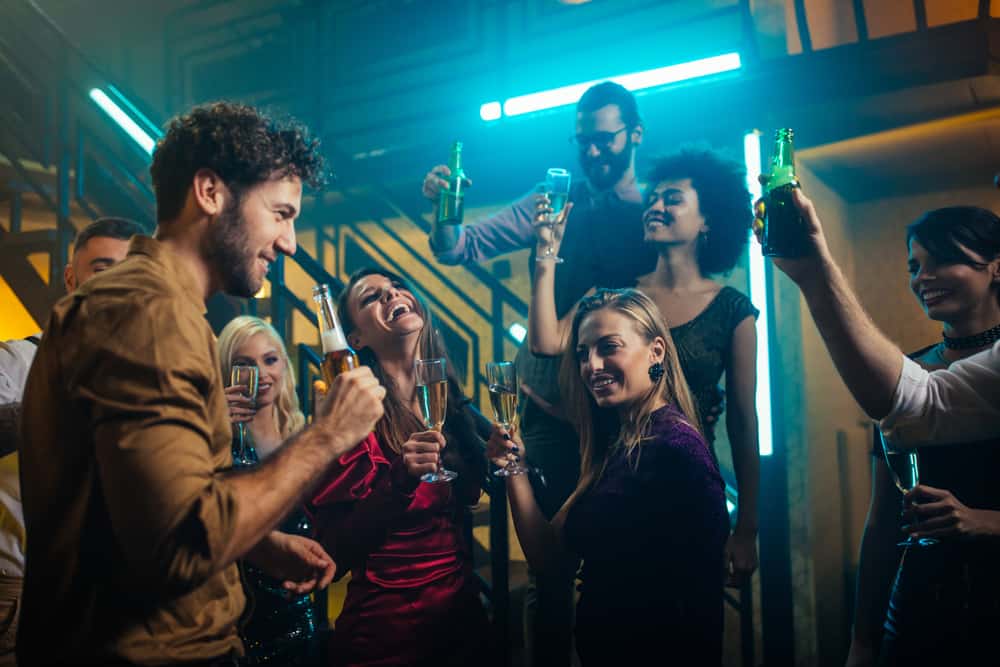 Perhaps one of the reasons you went to the club alone was that you didn’t feel like socializing with friends.

In this case, you might not want to make an actual club friend.

There may also not be good candidates for a club friend.

In this situation, the best thing you can do is sort of hang around a group.

You don’t have to talk to anyone in the group, but if you can dance or drink around them, you have a group of people who can readily come to your rescue if you need it.

It doesn’t hurt to speak to the group and try and join it either.

However, if you’re not feeling like it, you can always just nonchalantly hang around the group, too.

By looking as though you’re part of a group, there’s less of a target on your back.

If you’re going to the club alone, you should consider either joining a group in the club or just lingering around one. 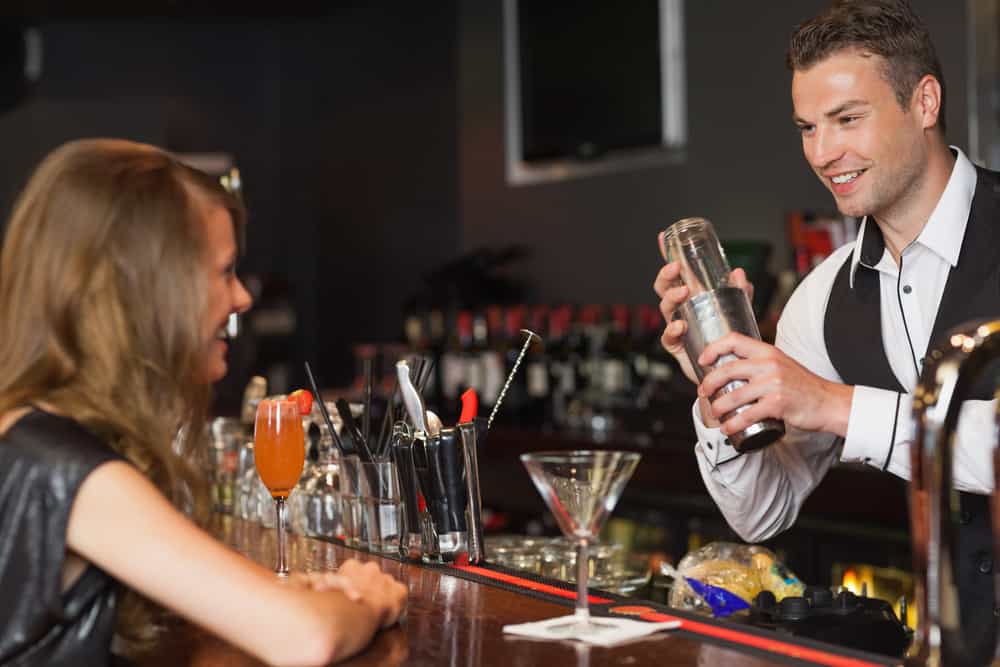 Bartenders and servers are busy people, but it can help to let them know that you need some assistance.

Most of the staff in a club take security seriously.

They want their patrons to feel safe and be safe.

As such, if you let one of them know that you’re on your own and a bit nervous, they might be able to keep an eye on you.

At the very least, they might be able to give you some suggestions to help you feel comfortable and safe.

They might also let someone in security know, so they can keep eye on you.

Large clubs might not have the capacity to do this, but usually, if you let one of the staff members know, they’re bound to give you some advice or help you in some way.

More importantly, you might be able to make some sort of check-in with them.

For example, you might be able to indicate to them whether someone is making you feel uncomfortable.

Either way, it can help to have the club’s staff aware of your situation. 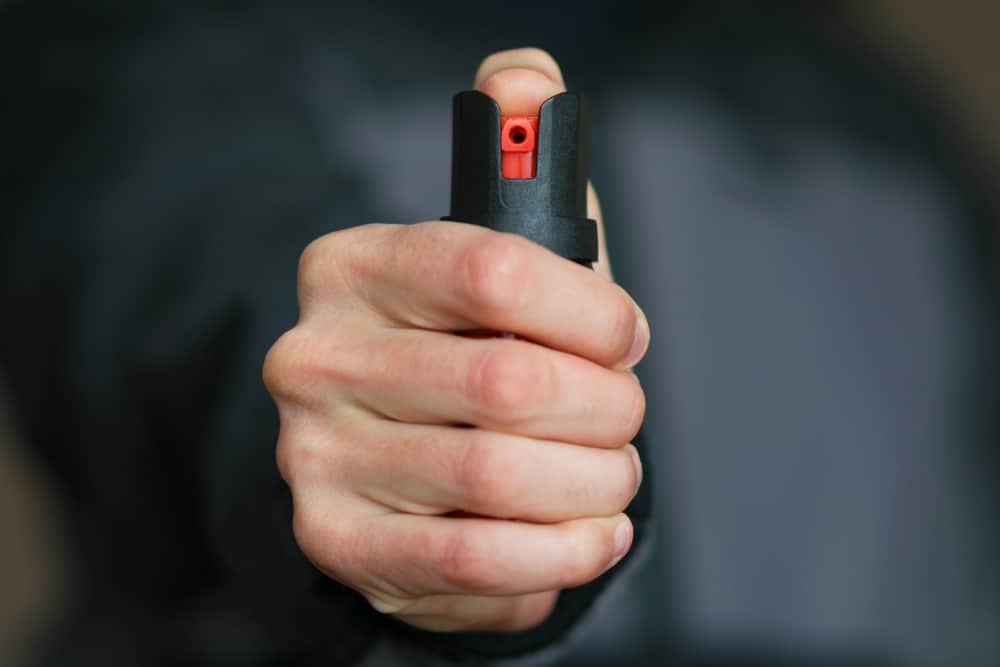 Most of the time, you don’t have to worry about going to the club alone, but it never hurts to prepare yourself for the worst either.

One of the best forms of protection to bring to the club is pepper spray.

As its name might suggest, pepper spray is an aerosol that, when sprayed, can make the target’s eyes water.

It causes severe irritation in their eyes.

Some types of pepper spray can temporarily blind its victims while others just irritate the eyes.

Because the sensation is quite unpleasant, most people who end up with pepper spray in their eyes become distracted.

The great thing about pepper spray is that it’s highly concealable.

You can put one in your purse and have it look like a tube of lipstick.

If someone starts to stalk you either in the club or outside of it, you can use pepper spray to defend yourself and run away.

It doesn’t hurt to have a small knife, too.

A Swiss Army knife, for example, isn’t a bad thing to have on hand.

It can help you cut through some bindings should the worst happen.

By having some pepper spray prepared, you can enjoy your time at the club without worrying too much.

If you’re going to the club alone, be sure to bring along your pepper spray. 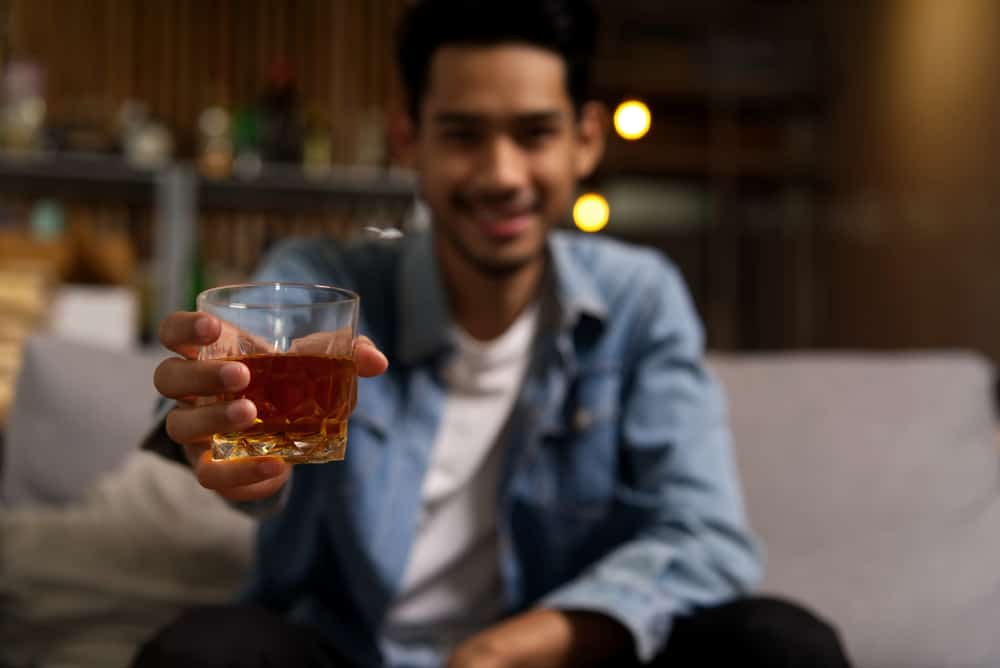 One of the first things anyone will tell you about club safety is not to take drinks from strangers.

While some might offer you a drink out of politeness, others out there will do so to take advantage of you.

In particular, they’ll lace the drink with something that will put you out of control of yourself.

It might intoxicate you to the point where they’re able to steer you right out of the club without any problems.

It can be difficult for other people to intervene because they don’t know if you’re willingly going with that person or not.

The best thing you can do is avoid the situation entirely by only ever taking drinks directly from the bartender.

If you’re at the club alone, don’t take drinks from strangers. 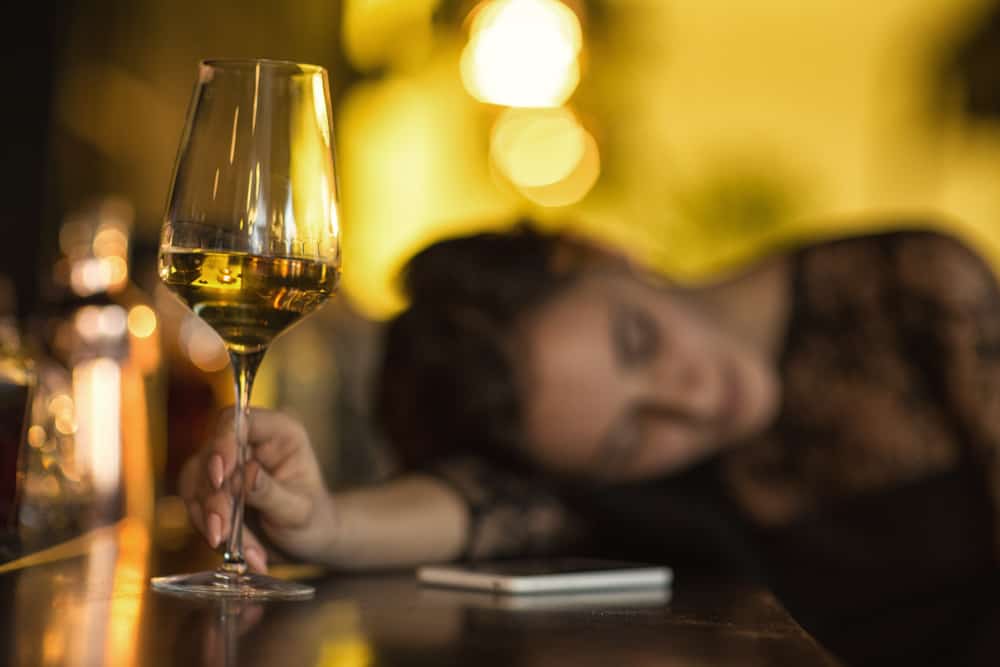 On the backside of that last safety rule, you should also try to refrain from drinking too much.

While you can enjoy a nice buzz at the club, you don’t want to get too drunk.

When you’re drunk, it can be difficult to make rational decisions.

It’s a lot easier for people to take advantage of the situation.

You might realize later that you wouldn’t have made the decision that you did if you hadn’t drunk as much as you had.

Some drinks also take longer to affect your brain.

It’s worth giving each drink its own time to hit before ordering more.

If you’re going to the club alone, be mindful of how much you drink. 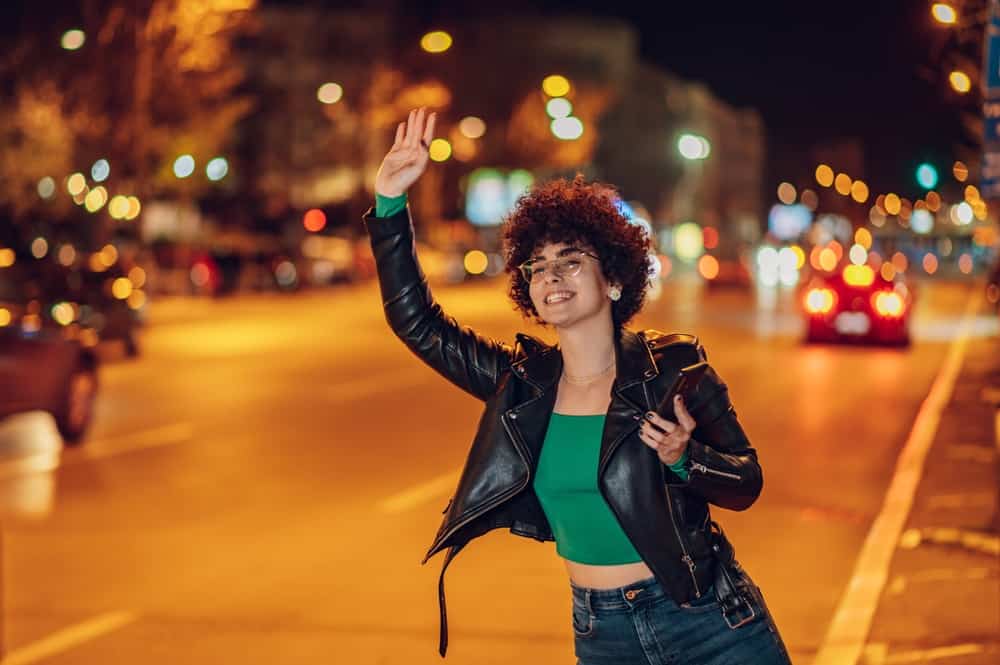 A final thing you can do to be safe at the club alone is to follow the basic safety protocols with ridesharing.

This only applies if you’re using rideshare to arrive at and leave the club.

They should state both your name and their name before you enter the car.

If both match what you see on your phone, you know it’s the correct driver.

Going to the club alone isn’t weird, but it can be dangerous.

As such, it’s worth following the safety tips listed above to reduce the chances of finding yourself in a dangerous situation.

Is It Weird To Go To Clubs Alone? (Explained)