You are here: Home / The Cold Spotlight / Is Gatorade Zero Good For You? (Explained) 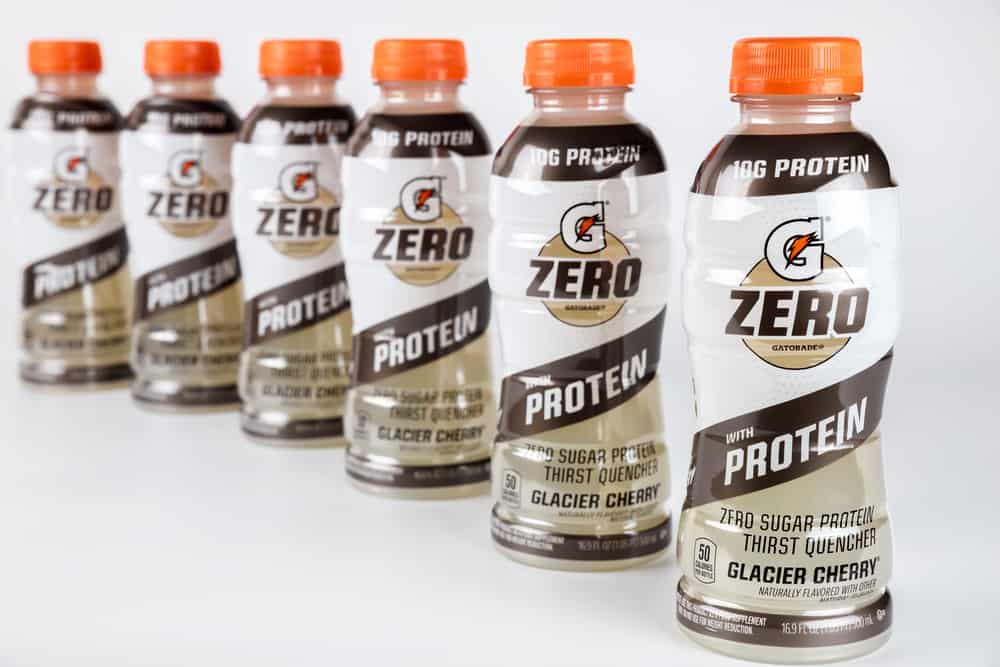 Gatorade has been synonymous with hydration and enhancement of athletic performance since 1965.

Created at the University of Florida, the popular sports drink claimed to replenish the carbohydrates and electrolytes that athletes lose naturally due to sweat.

Gatorade Zero, on the other hand, wasn’t released until 2018.

The new incarnation boasted zero grams of sugar while maintaining the same amount of electrolytes.

Is Gatorade Zero Good For You? 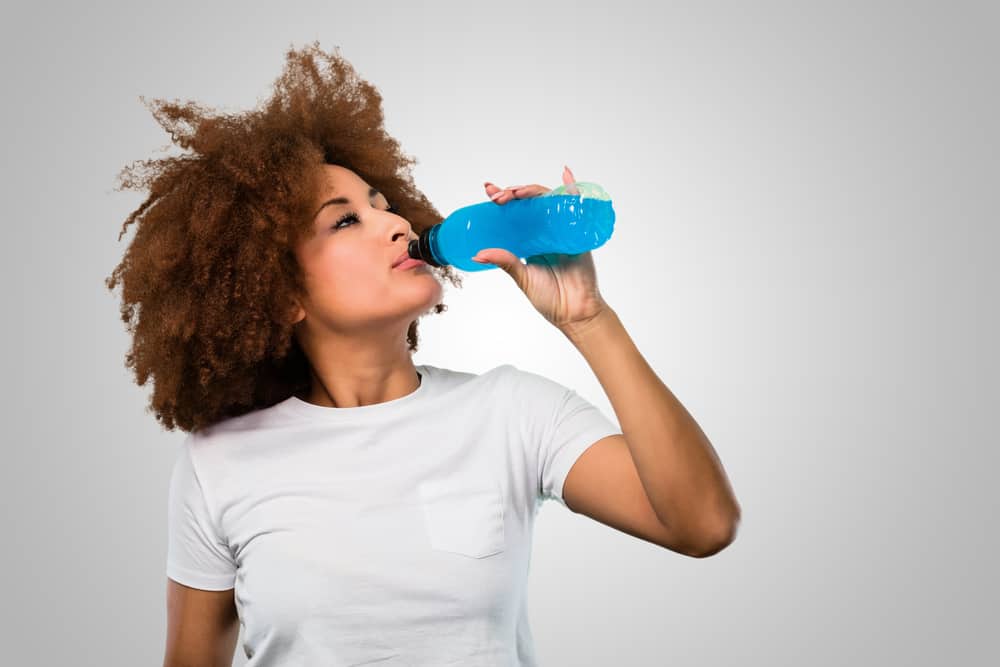 Some of these components, like sucralose, are not inherently dangerous, they are not necessarily good for you.

Some people also have negative reactions to artificial coloring, which can be found in some Gatorade Zero flavors.

Sucralose, the main artificial sweetener in Gatorade Zero, has also been linked to migraines, insulin resistance, and, against general belief, does little for weight loss.

Having said that, Gatorade Zero is unquestionably better for athletes than soda and most other high-sugar, high-calorie energy drinks.

Plus, it contains the same amount of potassium and sodium that Gatorade’s original recipe does.

Everyone’s health needs are different, and everyone’s definition of personal health will vary.

What Is In Gatorade Zero? 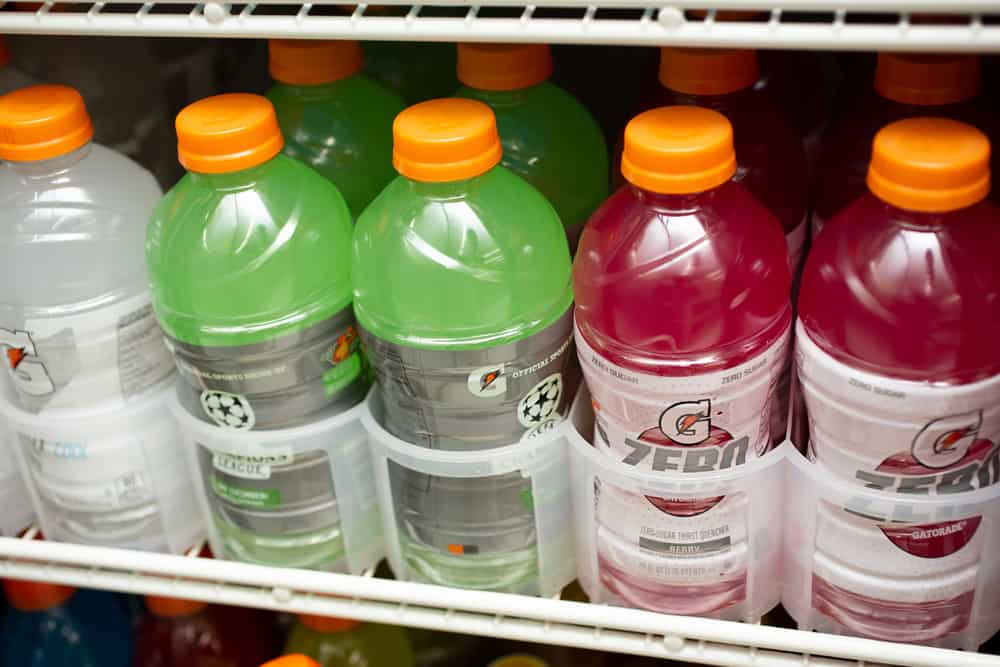 Depending on the flavor, Gatorade Zero can also contain vegetable juice concentrate for color, yellow 6, red 50, blue 1, sucrose acetate isobutyrate, modified food starch, and mixed triglycerides among many other ingredients.

The nutrition label, however, claims that a 12 fl. oz bottle should contain 2.5 servings.

At first glance, these nutrition facts seem much healthier than the original Gatorade which contains 190 calories, 51g of carbohydrates, and 48g of sugar in a 12 fl. oz bottle, in addition to the same potassium and sodium levels as Gatorade Zero.

Besides being sold as a bottled beverage, Gatorade Zero also comes in a powder that can be added to water for easy transport.

There is also a line of Gatorade Zero drinks and powders with protein that boasts 10g of protein per packet or 16.9 fl. oz drink bottle.

Both forms contain a recommended serving amount of 50 calories.

However, both forms also contain sucralose, which is the main culprit of the health concerns of Gatorade Zero. 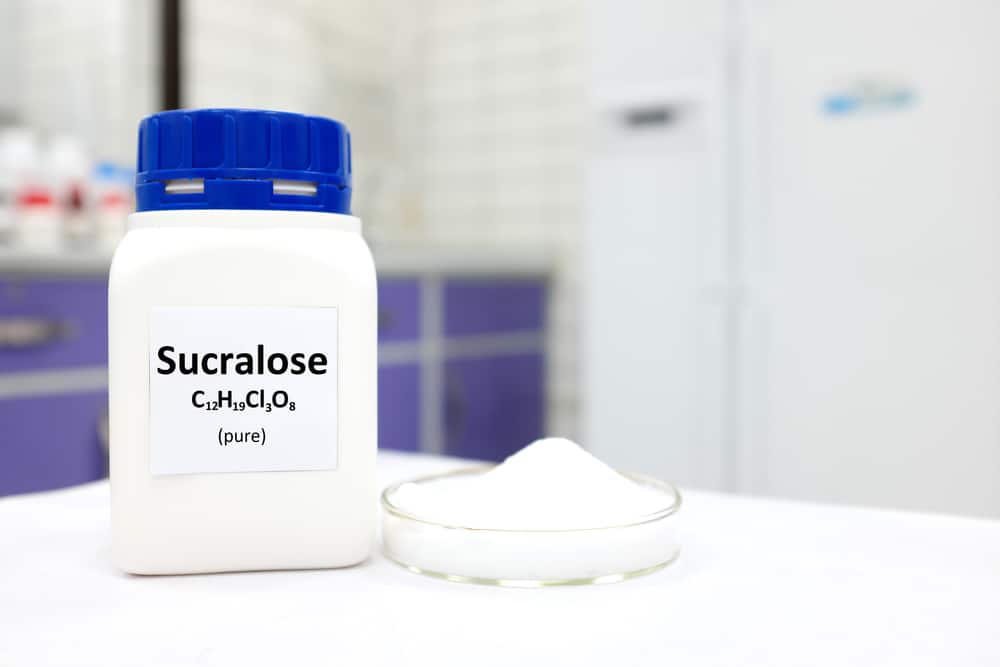 Approved by the Food and Drug Administration in 1998 as a “non-nutritive,” meaning no calories, and in 1999 for general consumption, sucralose is the artificial sweetener used in Gatorade Zero’s recipe and is often marketed commercially as Splenda.

According to How Stuff Works, “to create sucralose, three of the hydrogen (H) and oxygen (O) groups in a sugar molecule are replaced with three chlorine (Cl) atoms.”

This process rebrands the sugar as artificial.

The chlorine stops the body from absorbing the sweetener, allowing it to remain free of calories.

Discovered in 1976 by British researchers, sucralose is 600 times sweeter than sugar.

Though sucralose is often said to be better for you than other artificial sweeteners, like aspartame, in the FDA’s 1998 report on sucralose, they stated they found weak evidence that it may cause lymphoma in mice.

According to the Journal of Pharmacology and Pharmacotherapeutics, “Safety concerns pertaining to sucralose revolve around the fact that it belongs to a class of chemicals called organic chlorides, some types of which are toxic or carcinogenic.”

This does not necessarily mean that the addition of chlorine in sucralose ensures toxicity.

The FDA’s daily acceptable intake (DAI) for sucralose is 5mg per kilogram of body weight per day.

This is roughly the equivalent of 23 Splenda packets.

Because it doesn’t break down when exposed to heat, sucralose has also become a favorite for sweetening fried foods and baked goods. 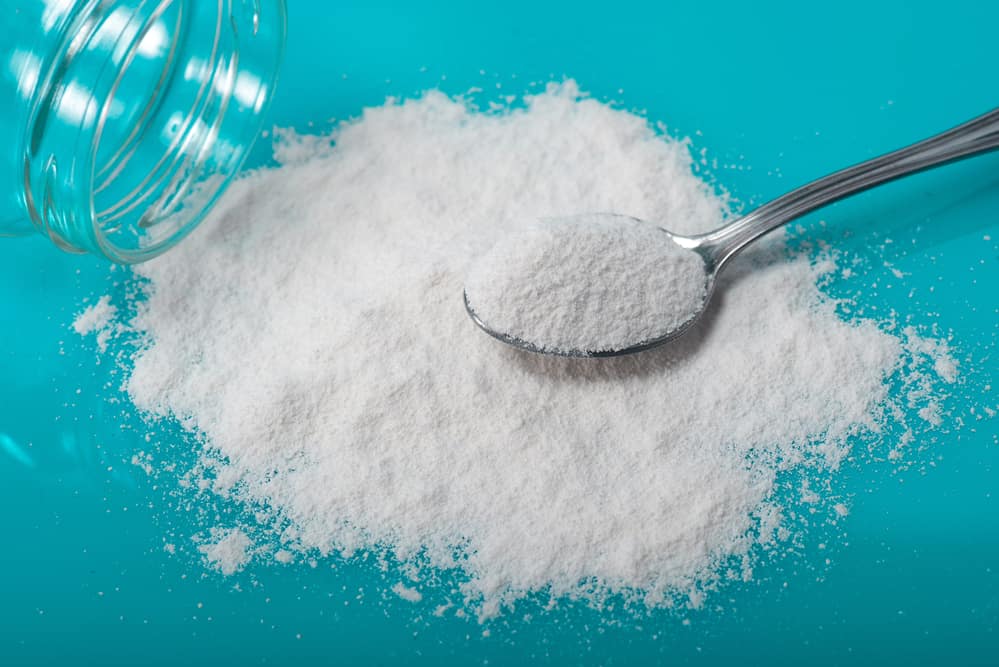 There seem to be varying reports when it comes to sucralose consumption.

Studies show sucralose is insoluble in fat and does accumulate in fatty tissues in addition to other areas that affect digestive processes.

This can lead to obesity.

Though sucralose is said to be safe for those suffering from diabetes, another study shows sucralose may “affect the glycemic and insulin responses” in those not used to consuming sucralose.

Another study on the metabolic effects of non-nutritive sweeteners found “acute effects on metabolic response to an oral glucose load.”

This same study concludes that non-nutritive sweeteners are linked to weight gain in humans and an increased risk of developing type-2 diabetes.

In yet another study by the University of Southern California, it’s suggested that sucralose-containing “diet” drinks should not be used to lose weight.

They found increased brain activity in the areas that regulate food cravings and appetite in obese individuals after consuming beverages containing sucralose as opposed to drinks with real sugar.

The same study also found that sucralose caused a decrease in the level of hormones that tell a person that they are full and to stop eating.

With so many reports and findings to consider, it’s best to consult your physician if you have any concerns about the effects of sucralose.

It should also be noted that the study of the effects of non-nutritive sweeteners is still in the early stages, and more studies need to be conducted in order to come to a firm conclusion.

What Are The Negative Effects Of The Other Ingredients? 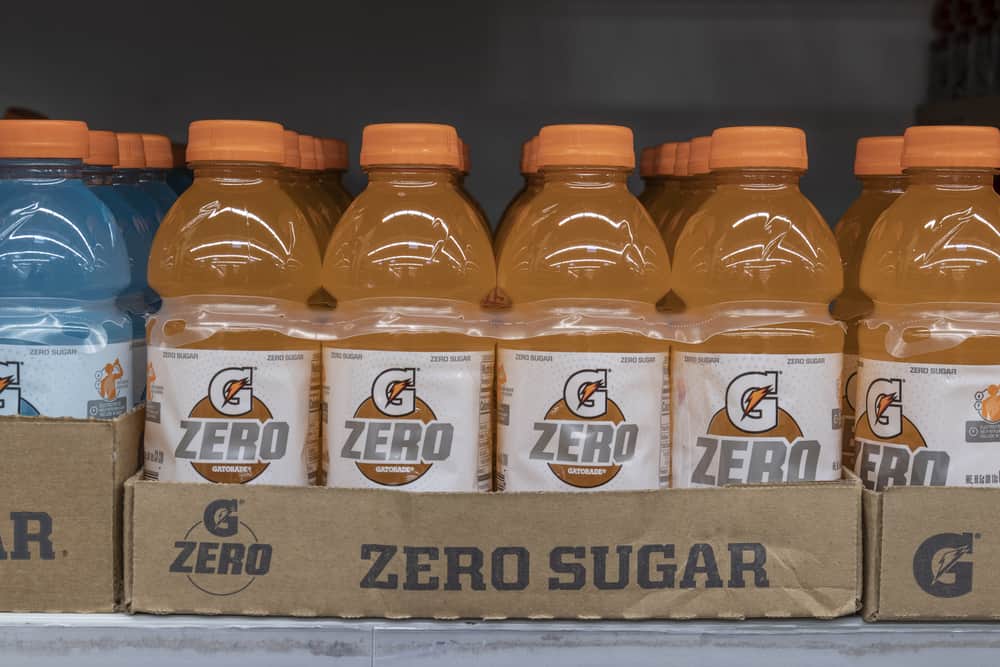 The other artificial sweetener used in Gatorade Zero is acesulfame K which has been studied numerous times.

However, these studies have not produced conclusive results regarding if acesulfame K is inherently bad for you.

Along with sucralose, acesulfame K can make its way into the breast milk of lactating women, which is not ideal.

Also, as with many artificial sweeteners, acesulfame K has not been around long enough to understand the true long-lasting effects.

In addition to the artificial sweeteners used in Gatorade Zero, the color dyes, such as yellow 6 and blue 1, have been shown to induce hyperactivity and other behavioral issues in children.

Both yellow 6 and blue 1 have also been tied to carcinogenic concerns, though these concerns are not well documented.

Some people are also concerned about the amount of sodium in Gatorade Zero.

Because sodium is lost in large quantities when one sweats, the amount of sodium in Gatorade products is congruent with health recommendations.

If used properly during or after physical activity, you should remain in the safety zone of sodium intake.

The American Heart Association recommends staying below 2,300mg of sodium a day, so if consumed in the right amounts, Gatorade Zero shouldn’t cause any problems.

Are There Any Health Benefits To Gatorade Zero? 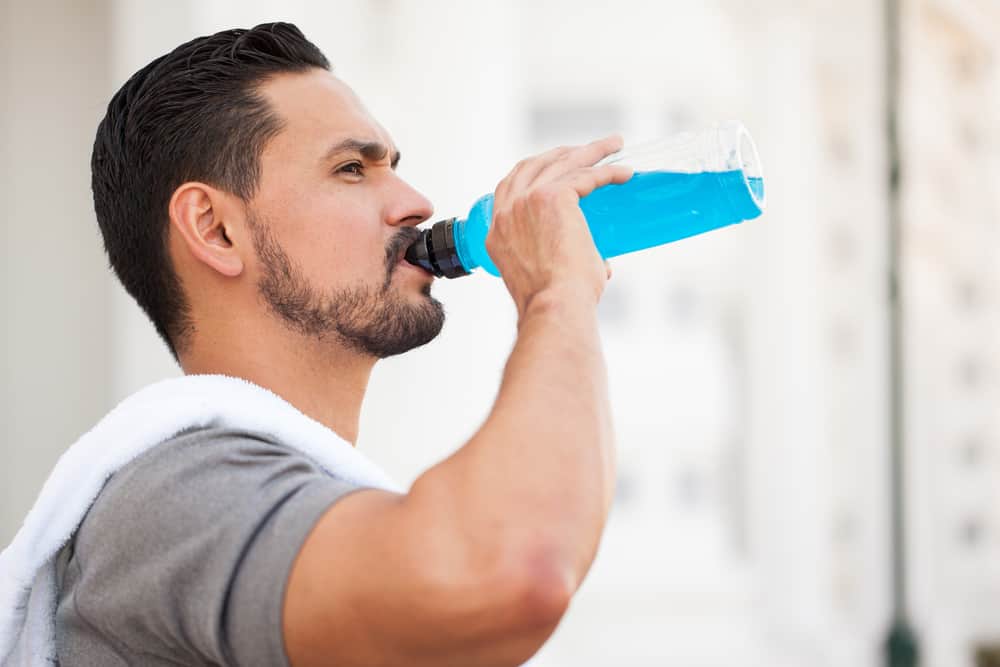 There are some potential health benefits to consuming Gatorade Zero.

Electrolytes, such as the ones in this sports drink, create a chemical reaction that helps the body regulate the balance of fluids in and outside of cells.

Specifically, sodium plays an important role in assisting the body in maintaining the right amount of fluids by helping cells absorb nutrients.

Athletes who sweat a lot could get hyponatremia, which means their sodium levels become too low.

This can cause nausea and vomiting, confusion, weakened reflexes, and sometimes seizures and coma.

Potassium, the other main electrolyte found in Gatorade Zero, works with sodium to avoid hypokalemia, or low potassium.

Hypokalemia in athletes presents as muscle cramps and weakness and dizziness.

Because both of these electrolytes are lost in sweat, replenishing them is necessary in order to remain healthy and balanced.

Gatorade Zero is also Keto-friendly since it doesn’t contain sugar or calories.

What Other Gatorade Drinks Are Available? 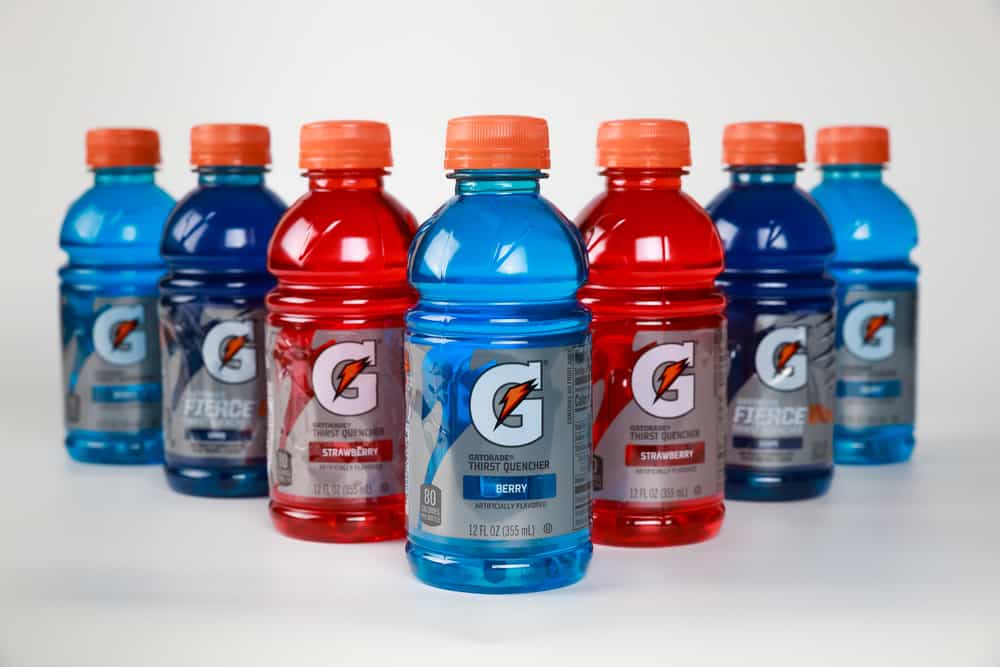 Since its original conception, Gatorade has produced dozens of additional sports drinks as well as health supplements.

All these beverages have their own special use cases.

G Endurance Formula contains twice the amount of sodium and three times the amount of potassium as the original Thirst Quencher recipe.

G2, sold as a drink and as a powder, has the same amount of electrolytes but half the amount of sugar as the original formula but still contains sucralose.

Gatorade Fit advertises itself as “Healthy Real Hydration,” and it contains no added sugar, no artificial sweeteners, no added colors, and is an excellent source of vitamins A and C.

Gatorade Organic uses only seven ingredients, one of which is organic sugar, making it USDA organic certified.

Gatorlyte has a special blend of five electrolytes that help with rapid hydration.

Besides sodium and potassium, the three additional electrolytes are calcium, magnesium, and chloride.

Gatorade Prime is a concentrated 4oz sports drink intended to boost energy when you need it.

With so many Gatorade drinks to choose from, it’s wise to pick one that is best for you and your needs if you’re going to drink it.

What Other Health Supplements Does Gatorade Sell? 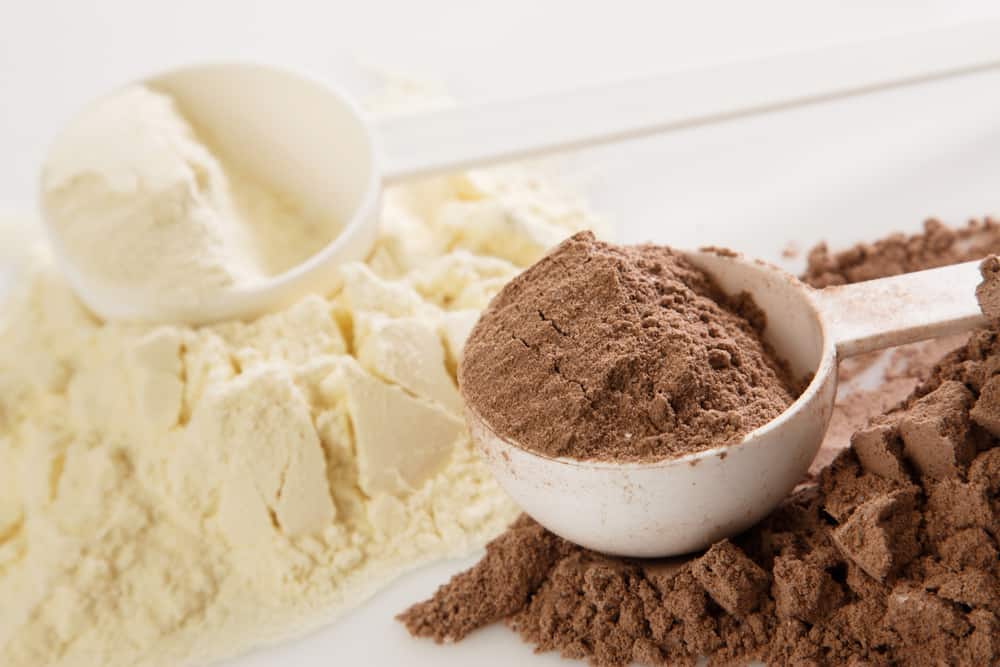 In addition to sports drinks, Gatorade offers an array of other health supplements, including powders and gels.

Each one can be used to help you achieve your fitness goals.

G ESSNTL is a protein powder made out of whey isolate which contains essential amino acids that help rebuild muscle after working out.

Gatorade GX pods are concentrated pods that you can add to your water bottle, making them easy to transport.

Another product, Gatorade Prime, is sold in 4oz pouches and is also sold as chews that claim to prep muscles for training and to resupply energy levels during activity.

This bar contains lower calories and carbohydrates than other Gatorade protein bars.

There are also Gatorade Super Shakes that contain 30g of protein, vitamins, antioxidants, and, of course, electrolytes—all for under 200 calories.

How Does Gatorade Zero Compare To Other Zero Sugar Sports Drinks? 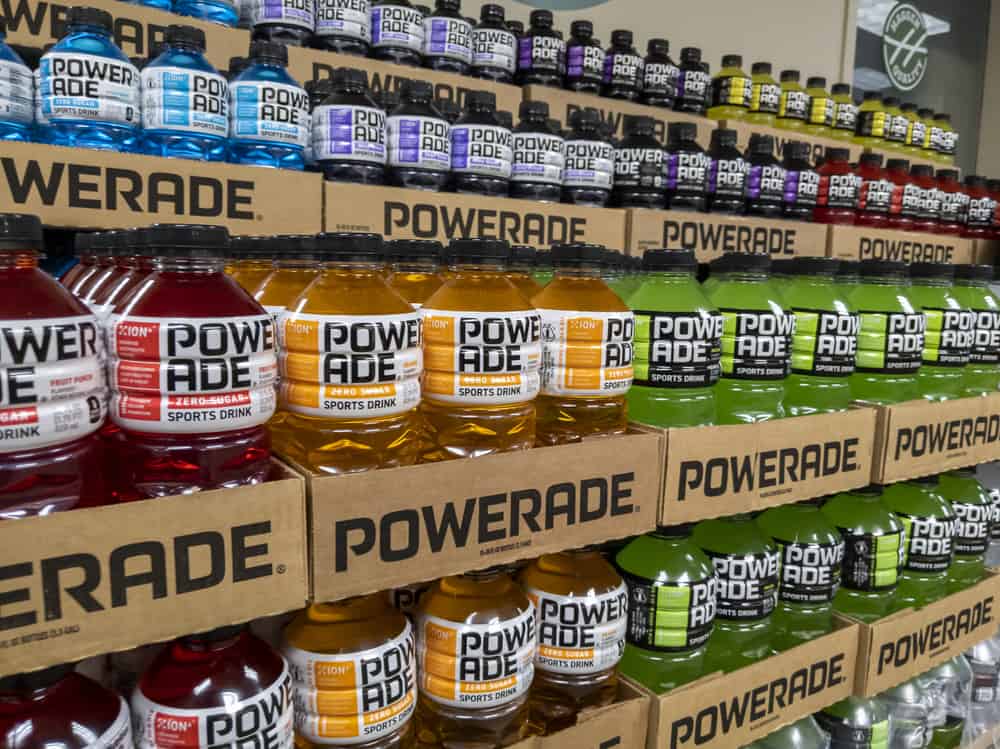 Gatorade Zero’s direct competitors, Powerade Zero Sugar and BodyArmor Lyte, are quite similar in composition, but also have some differences.

All three of the sports drinks claim to hydrate and replenish electrolytes lost in sweat.

The four electrolytes in Powerade Zero Sugar include sodium, potassium, calcium, and magnesium.

Powerade Zero Sugar also contains vitamins B3, B6, and B12.

On the other hand, BodyArmor Lyte contains zero sugar but also has no artificial sweeteners.

It instead uses stevia rebaudiana leaf extract to sweeten the beverage.

It does, however, have about 20 calories per serving.

BodyArmor Lyte focuses more on potassium, which comes from the addition of coconut water, than on sodium.

In fact, the sodium level in a 16 oz serving of BodyArmor Lyte is only 40mg.

Like Powerade Zero Sugar, BodyArmor Lyte contains B vitamins, including B6, B9, and B12, as well as antioxidants.

What Are Some Healthier Sports Drink Options? 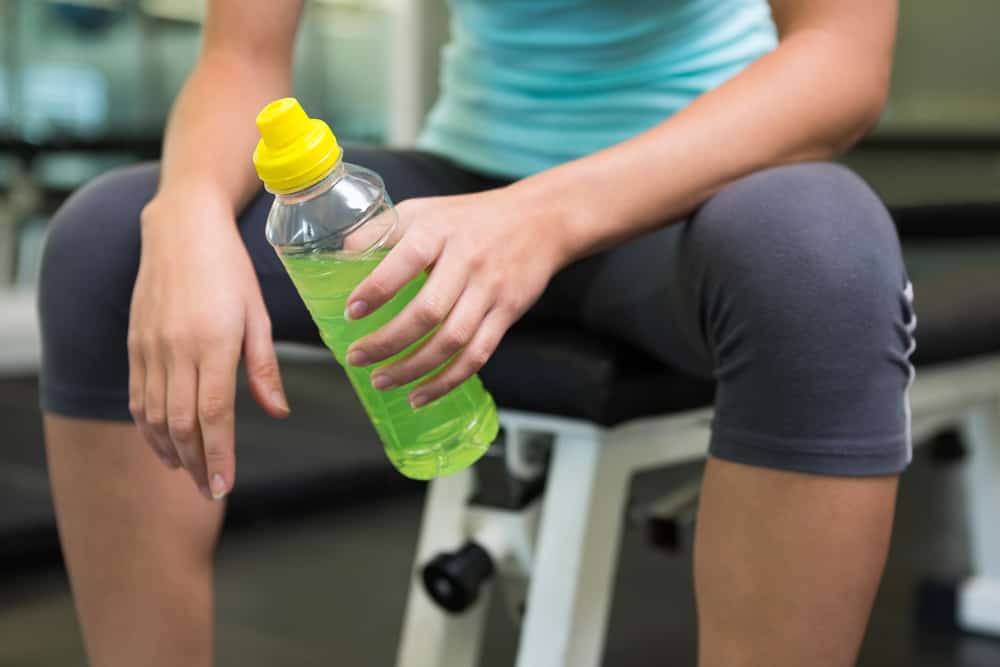 According to dietician Eliza Savage, MS, RD, CDN, important things to look for when choosing a sports drink include electrolytes, calories, and sugar content.

As stated, each person’s needs will be different based on their body type and also on what kind of activity they are supplementing for.

Long-distance marathon runners will not want the same thing that bodybuilders are looking for.

After discussing a plethora of sports drink options, this article recommends some of the best available options.

These include NOOMA electrolyte drink, which uses stevia as a sweetener, is USDA-certified organic, and is plant-based.

These tablets contain 1g of sugar and are mostly sweetened with stevia.

There are no artificial flavorings and they contain five electrolytes.

It’s sweetened with stevia and has zero calories and zero carbohydrates.

It also has no artificial flavorings and instead is flavored with real fruit.

Purchasing some of these sugar-free or low-sugar sports drink alternatives can be a bit pricier but might be better for your overall health.

Some of them are also harder to find, so it’s recommended that you search on Amazon or other online stores, as well as in local health food stores.

Is Gatorade Zero Good For You? (Explained)