You are here: Home / Cold Hard Facts / How To Find Out If Someone Has A Prepaid Phone (5 Ways) 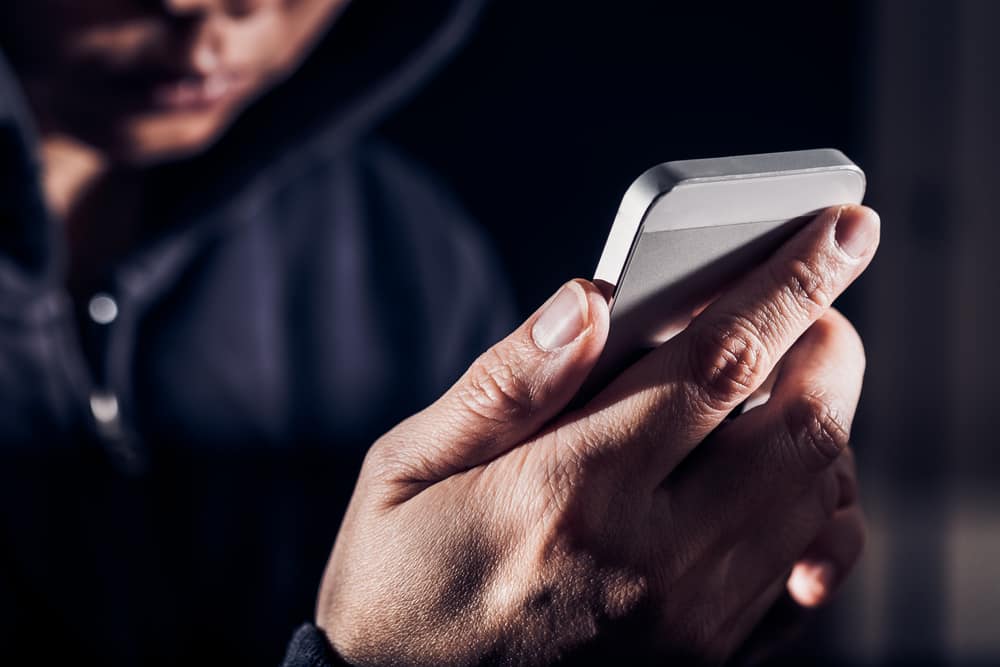 Since their introduction in the 1980s and 1990s, cellphones have entirely transformed the way people communicate and behave.

Cellphones—and their successors, smartphones—have created a new model for interaction between people capable of joining local, national, and global communities.

Of course, with this mobile technology comes its more private uses.

Prepaid phones are one such example.

Originally created for consumers who wanted to opt out of longer-term cellular service plans, lacked the credit score to qualify, or needed a short-term replacement phone, prepaid cellphones have taken on a rather negative connotation over the years.

There are preconceptions related to marketing, as well.

Why else would someone choose to have a prepaid phone, if not to leverage its privacy?

In truth, this is really just a lingering stigma.

Do remember, even if you are suspicious, someone having a prepaid phone is not always cause for alarm.

How To Know Someone Has A Prepaid Phone 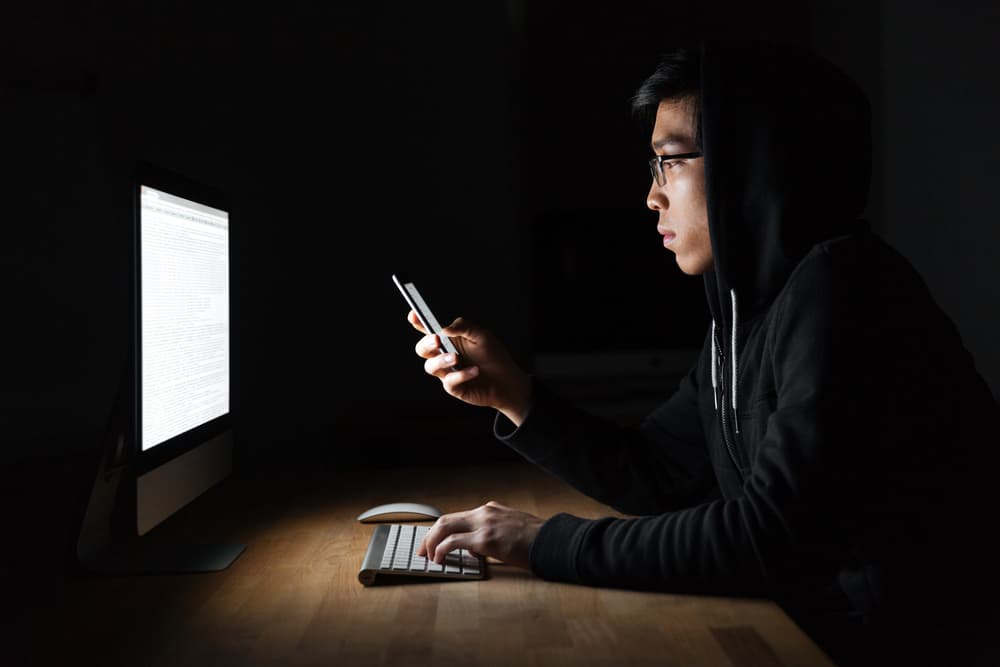 There are many reasons people might be stowing a prepaid phone, and not all of them are illicit.

For better or worse, people love their anonymity.

However, supposing you have a hunch that someone you know is using one, there are some clever methods to verify this notion.

Keep in mind that prepaid phones are not one-size-fits-all.

Depending on the model of the unknown phone, or any additional privacy software/apps in use on the phone, not every approach can be guaranteed to work.

Alternatively, you might consider going with Occam’s Razor—the simplest route to an explanation—and simply confront the individual you suspect to be using a prepaid phone.

If it’s family, a friend, or a spouse, there’s a lot to be said for directly communicating a concern.

Sleuthing around to find private details about another person toes the thin line between justified and invasive, and there’s probably a larger conversation worth having about trust.

A lie is always possible, but there’s a lot of information to be gleaned from reactions in trust-focused situations.

A clear conscience usually has nothing to hide, or at least very good reasons for doing so.

If you’re left with no other option, or you absolutely must find out if someone has a prepaid phone, this article will provide five methods to potentially substantiate your suspicion and satisfy your curiosity. 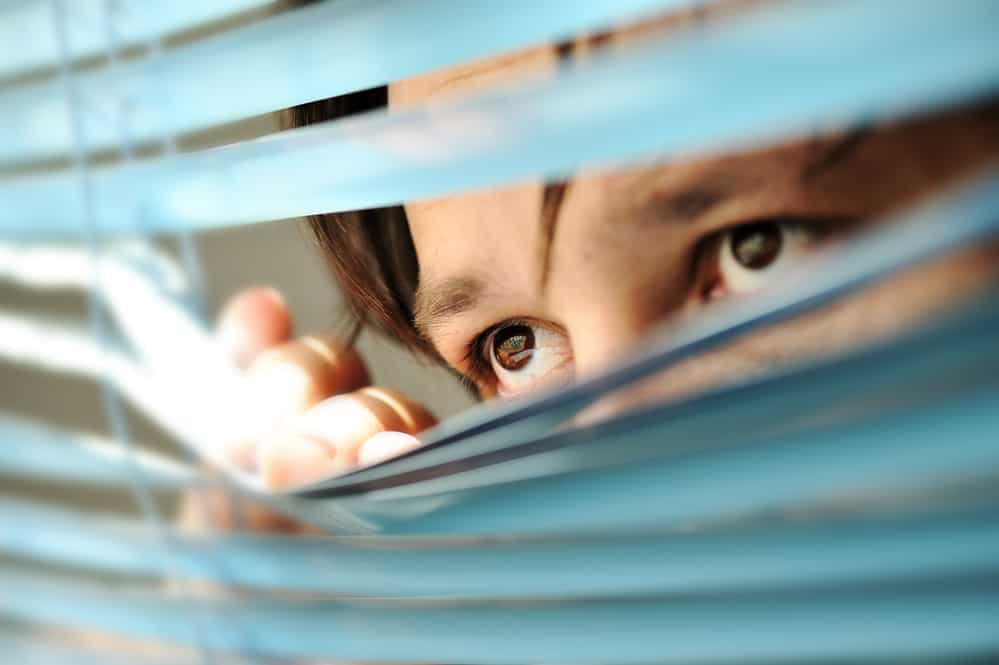 The most straightforward method of determining whether or not someone is using a secret prepaid phone is to observe them directly.

If the individual is purposely hiding a prepaid phone, they’re probably not going to be using it around you.

This means anticipating where the phone might be used and installing systems to record visual clips or auditory files of its use.

Do remember that you are still subject to basic right-to-privacy laws.

You can’t place recording equipment on property that is not your own.

If you feel that installing a camera or microphone in your home or a shared vehicle could reveal usage of the secret prepaid phone, doing so might be the only sure way to find out.

You could even use your own phone with various sound recording applications.

By leaving your phone around the house, or in range of the suspected individual, you might catch wind of them using a separate phone.

Here are a handful of apps that enable this:

2. Look For Cellular Connections In The Area 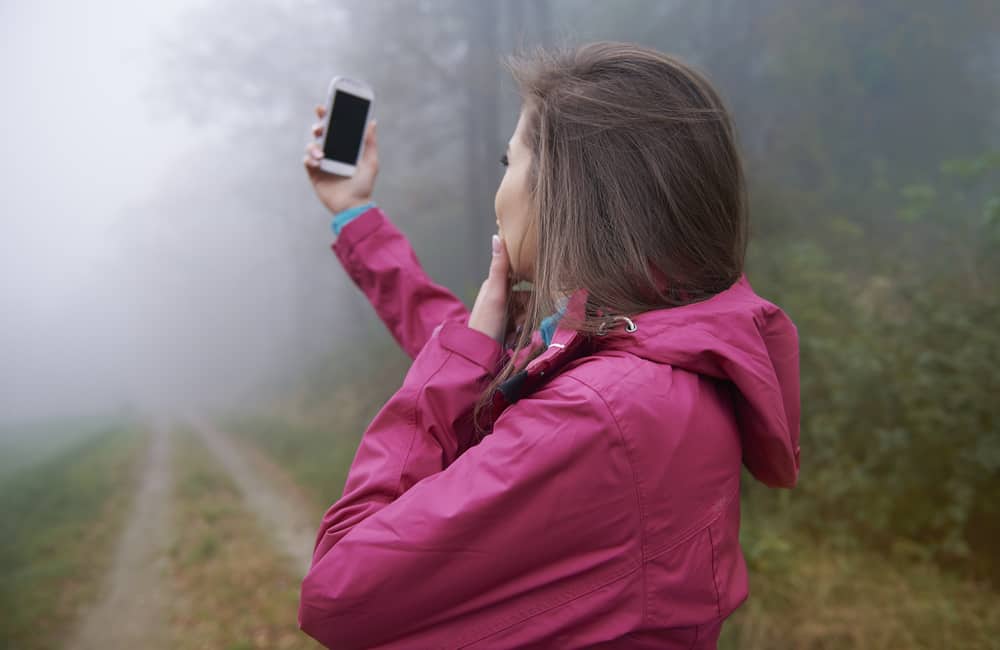 Just about all modern, active cellphones emit a frequency allowing them to send calls, messages, and connect to WiFi or Bluetooth devices.

When engaging with a Bluetooth hub, you are often shown a list of nearby active Bluetooth devices.

Consider using your phone, car, or electronics around the house.

3. Trace The Number (If Available) 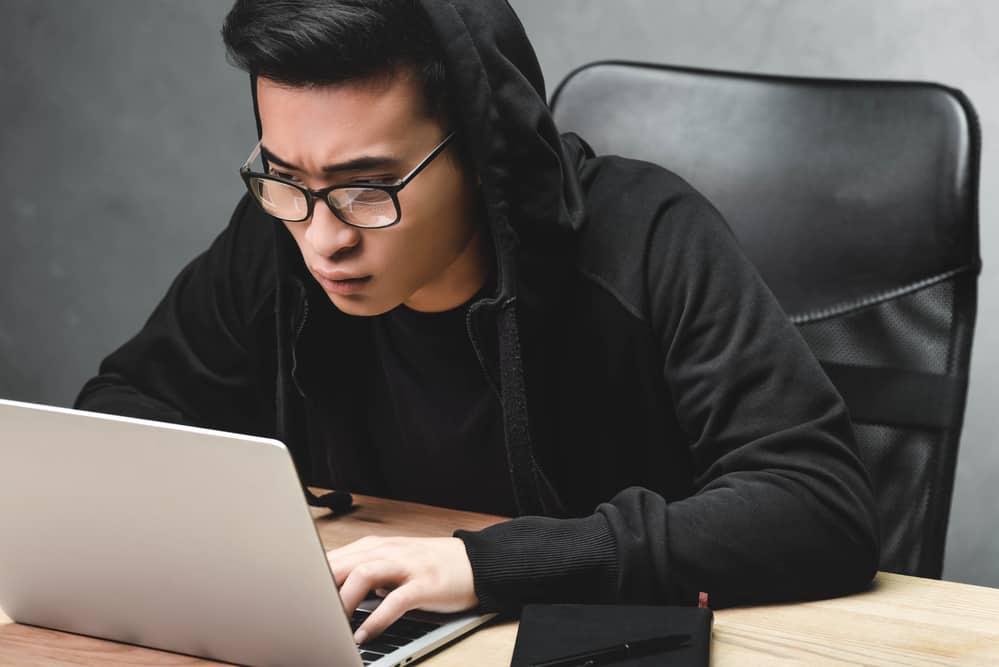 Maybe your concern is about a call or message from a private number.

In this case, tracking the number to find its sender might be your aim.

Unfortunately, a prepaid phone does not require the user to associate a number with as much (or any) personal information as a standard cellphone and data plan.

This can make identifying the caller/sender very difficult, and often impossible.

Your best bet here will be in attempting to discern the general location of the caller. 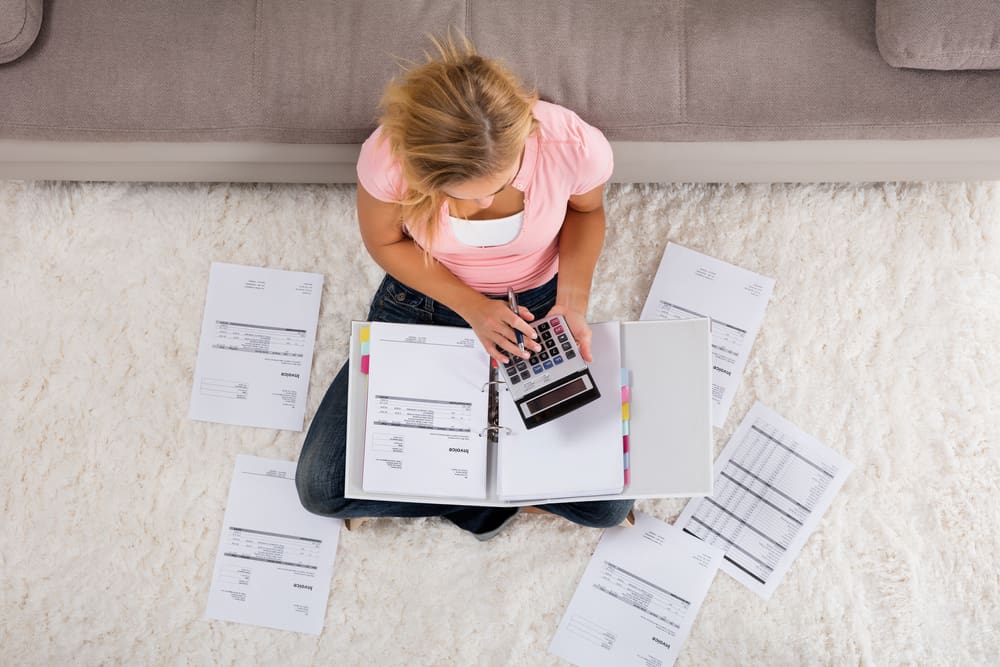 If you share payment accounts with the suspected individual, you might try evaluating the purchase history in your accounts.

Further, make note of any paper or shared e-mail receipts noting electronics or a prepaid phone.

This might seem too obvious—especially when the suspect is already being private enough to hide a phone.

However, the more vectors for a slip up on their behalf, the better your chances of wrapping up your investigation.

5. Use A Cell Phone Detector 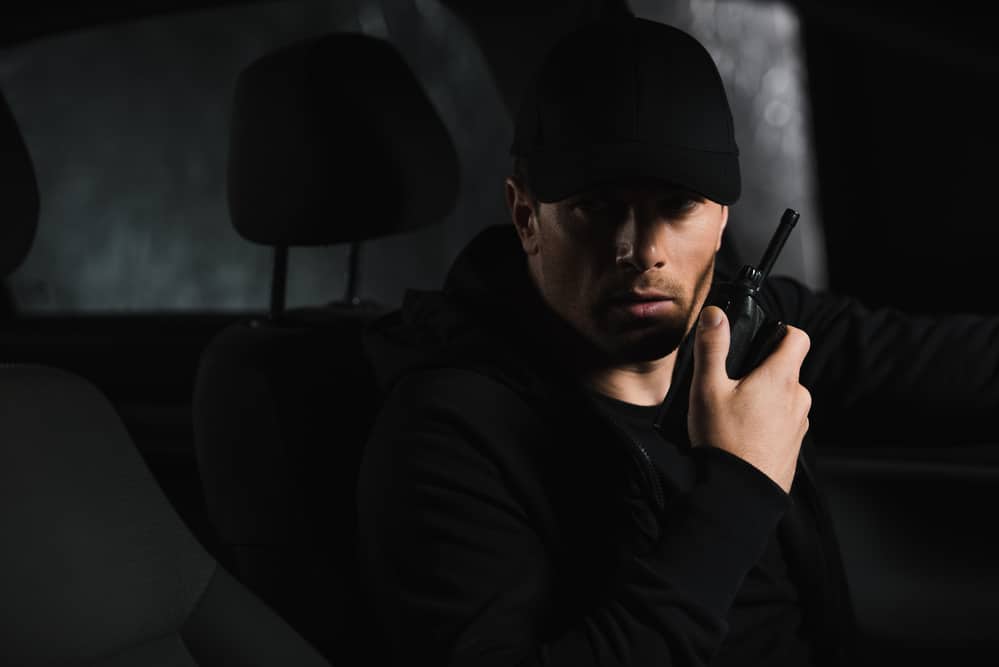 The security and privacy implications behind cellphone use have been thoroughly considered in the tech world.

Many institutions have protocols for moderating and monitoring cell phone use at their events, or in their facilities.

The multimedia capabilities of cell phones are simply too profound to be ignored.

A single phone in the right (or wrong) hands can capture and distribute a massive amount of information in a short period of time.

To counter this, cell phone detectors have been created.

These detectors scan for nearby RF cellular signals, WiFi signals, and/or Bluetooth signals.

In general, they are priced according to the nature of their application: corporate security.

A single unit can cost several hundred dollars or much more, depending on the device’s sophistication.

Using one of these devices should likely be a last resort, and only if you must know if someone is using a prepaid phone in your proximity.

Examples include the following: 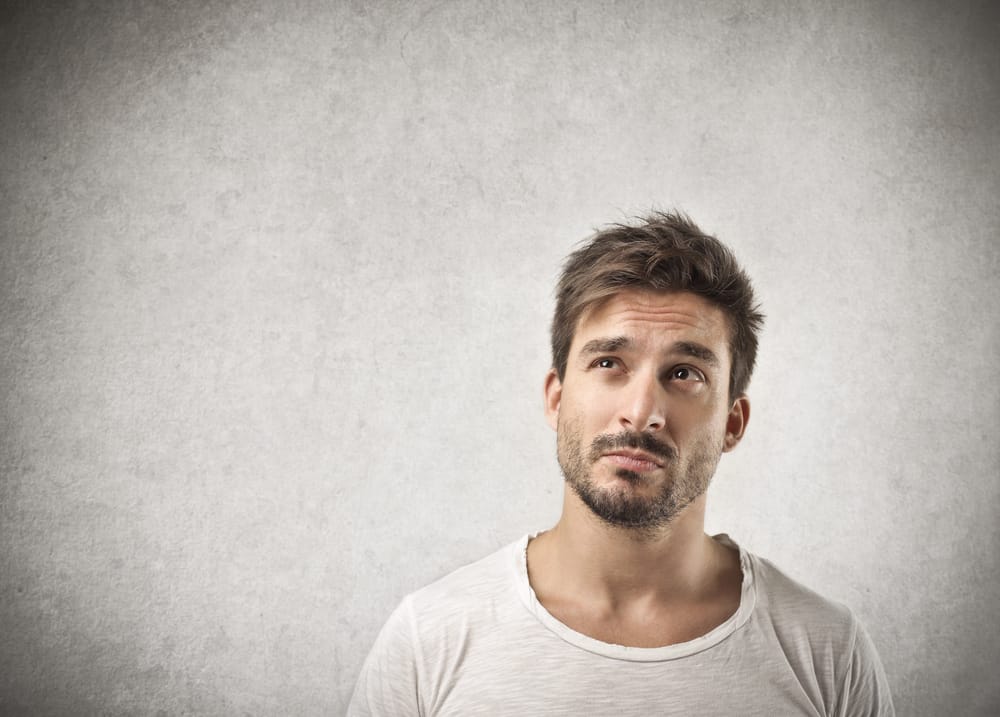 The amount of ground a single cell phone detector device can cover depends on its design, the frequencies it’s attempting to identify, and whether it’s indoors or outdoors.

Essentially, the device acts as a receiver for incoming transmissions from active RF devices in the area (including cell phones).

Once the receiver detects an input consistent with a cell phone’s frequency, it triggers a notification or alarm.

Security personnel using the device can then identify the cell phone location and its user and ask them to turn off their phone (or confiscate it all together, staying within legal bounds).

Certain devices allow the delivery of notifications to the detected phones in the form of text or voice messages.

For large audience-oriented rooms, such modalities enable a single cell phone detector to moderate the use of many cell phone users at once.

Cell phones that are turned on will always be detectable by these specialized devices, whether they are in standby or active mode.

What Are Cell Phone Detectors Primarily Used For? 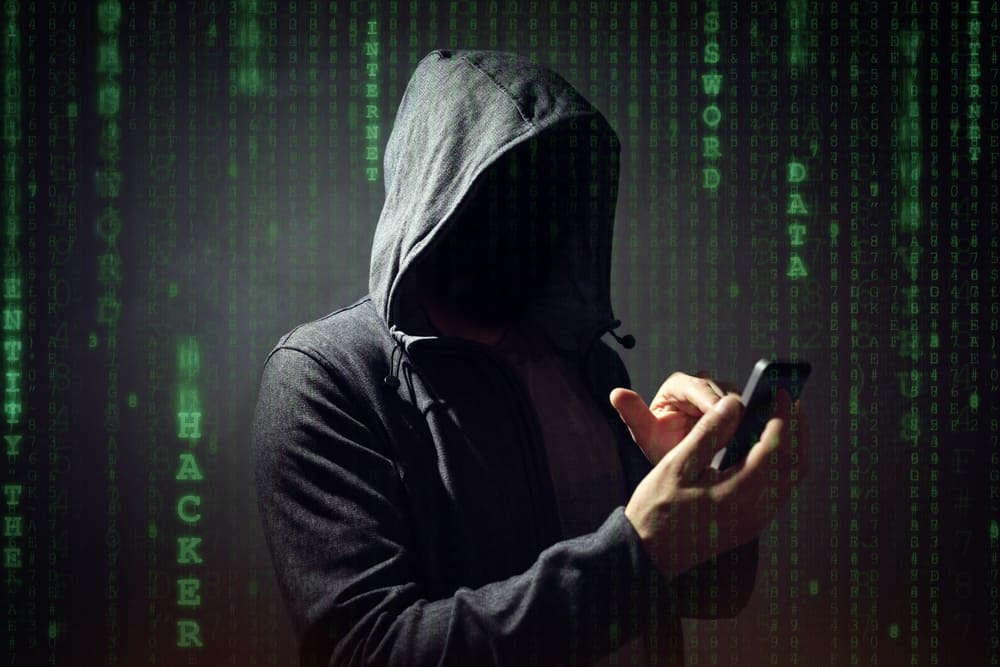 If you bothered to check the pricing on any of the models mentioned above, you would’ve found listings as high as $4,000.

There are more affordable options, but even on the low end, you will likely be spending a few hundred dollars for a single cell phone detector.

Where are cell phone detectors used?

Is there an easier way to access one than shelling out thousands of dollars?

Organizers invest in cell phone detection hardware to ensure people are abiding by the rules and stipulations of their events.

What Is The Best Way To Find Out If Someone Has A Prepaid Phone? 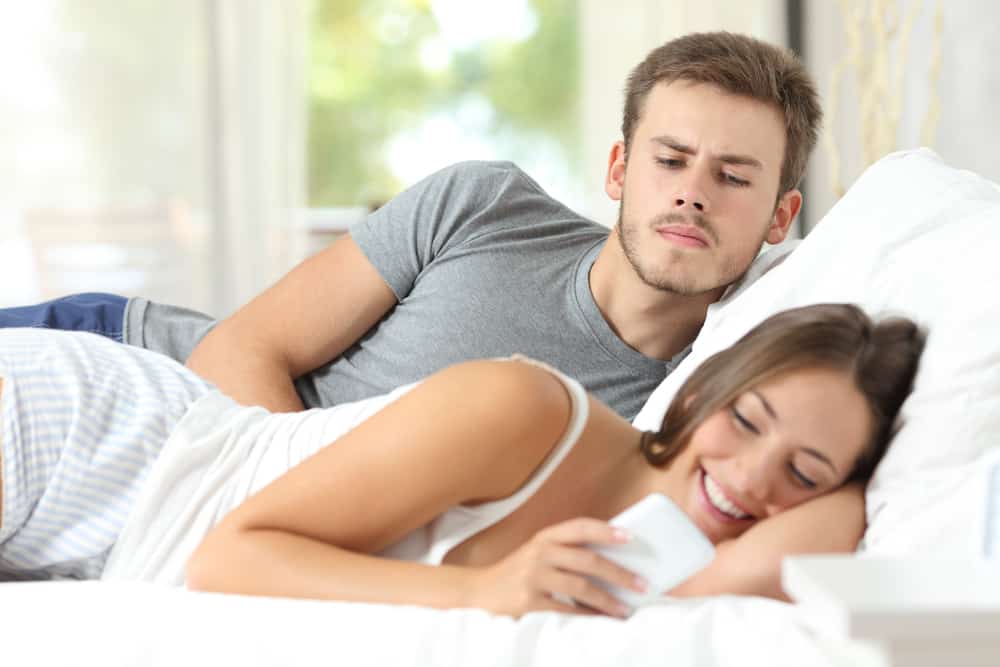 The answer to this question depends on your boundaries, and what you’re hoping to achieve by finding out the truth.