You are here: Home / The Cold Spotlight / How To Clear Dropped Items In Minecraft (Explained) 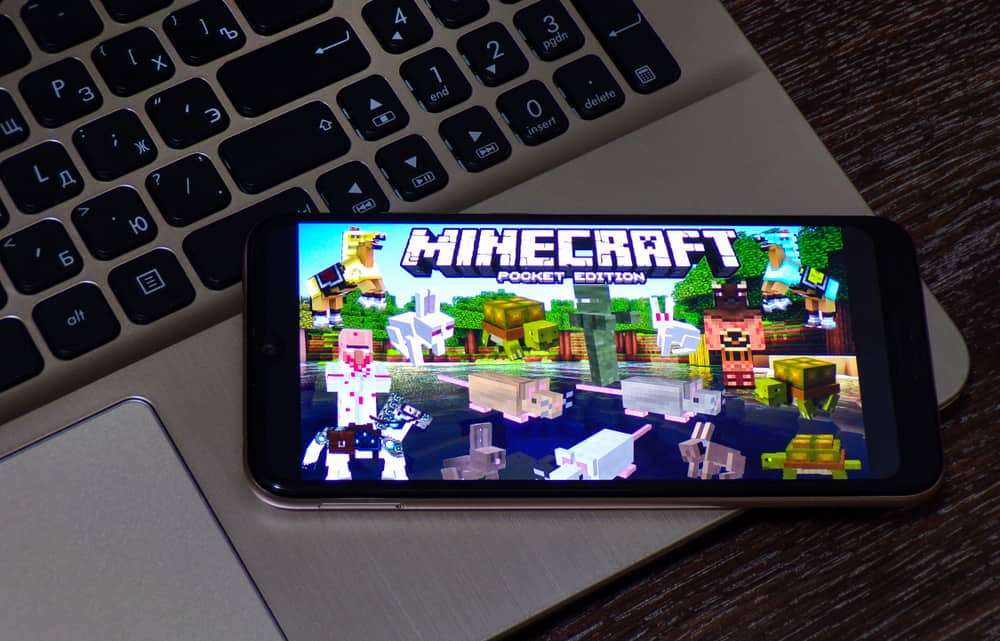 The Minecraft community has thought of multiple solutions for clearing dropped items from the ground using different commands, tools, or plugins.

They all work uniquely.

Some allow you to clear all the dropped items at once, and some will let you remove them one at a time.

Read on to find out about every possible way for clearing dropped items and learn more about other useful things you can do with them.

How To Clear Dropped Items In Minecraft 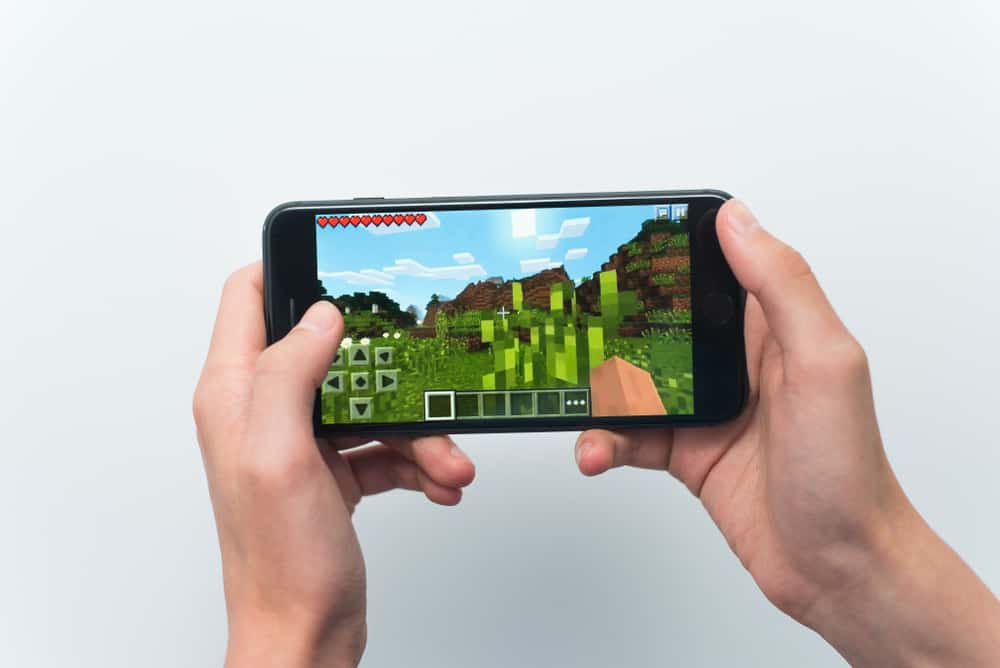 Before we can talk about clearing dropped items in Minecraft, we need to describe what they are.

Dropped items are blocks or non-block resources that can appear in your Minecraft world.

They’re a type of entity that can appear as a 3D or 2D object, slowly rotating and bobbing up and down.

Players can toss items on the ground or destroy a container that holds items inside, which will end up on the ground.

The death of a mob or player will also result in dropped items on the ground.

You may notice several items stuck together.

That represents a stack of two or more items.

Players and mobs can’t damage dropped items, and they’ll just hit through them.

However, they’ll get damaged from some environmental or block-based tools that we’ll discuss in the following sections.

They have no such thing as health so that the right tools can destroy them with the slightest damage.

You can drop an item on the ground using the following method:

The same goes for the Education edition.

You can also drag an item out of the inventory window to drop it.

Why Would You Want To Clear The Dropped Items In Minecraft? 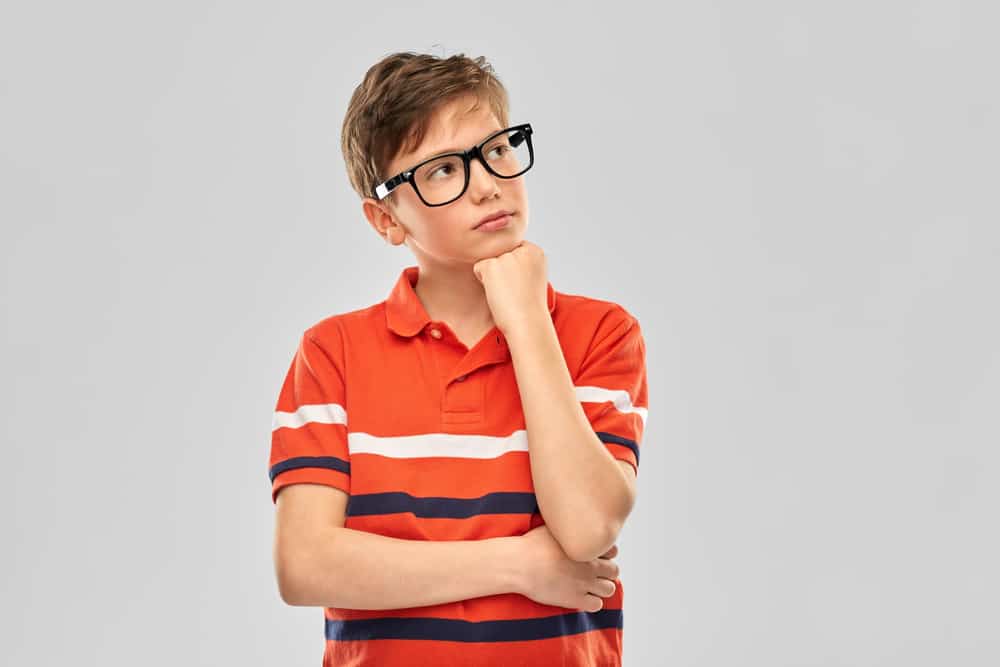 The most important reason that may push a player into clearing the dropped items is that they increase the load on the game graphics and cause the game to be slow and start lagging.

You won’t be able to run your game smoothly, and you’ll feel like you’re playing an old and buggy game.

The best method for calming down your frustrations is to clear all the dropped items lying around in the world.

How To Clear Dropped Items In Minecraft 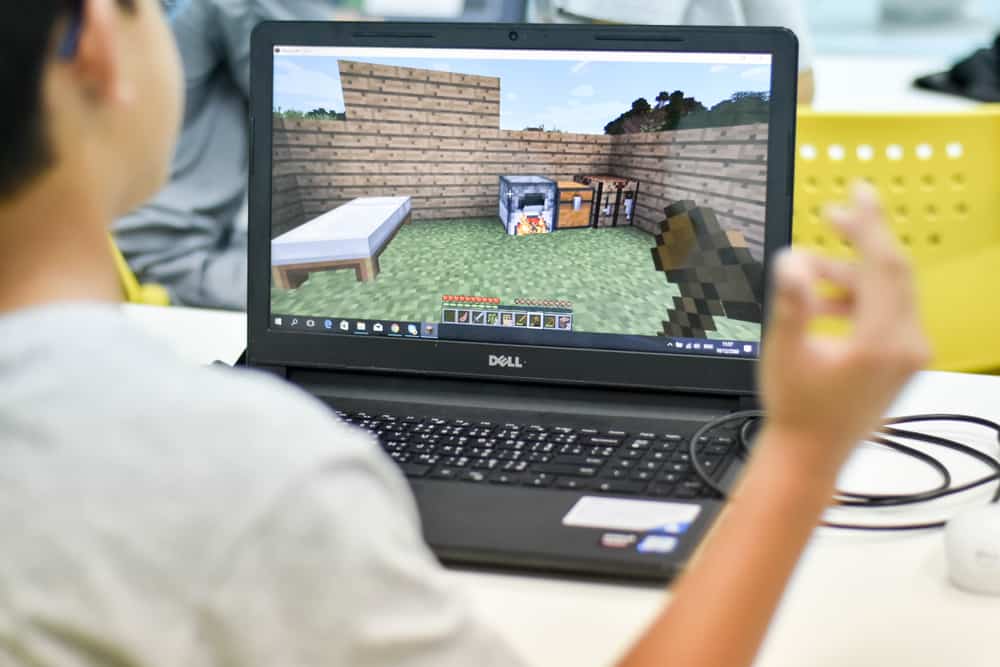 As mentioned before, you can use Minecraft commands, tools, and plugins for clearing dropped items, but each of them works differently than the others.

Some take more time, and some do a more thorough job.

Go through all the methods and see which one will suit your needs best before choosing.

Let’s start with one of the fastest ways you can use to clear all the dropped items in the world.

The kill command or “/kill @e[type=item]” can remove all the dropped items in the Minecraft world instantly.

You’ll need operator status and cheats to be enabled to use the kill command.

If you want to clear all the dropped items within a specific radius, use the “/kill @e[type=item, r=x]” command.

You’ll need to replace x with the number of blocks you want to clear.

Using the kill command also works for wiping a specific item from the world.

You’ll only have to put the name of the item in front of the word type.

For example, if you want to clear all the dropped dirt blocks in the world, you should use the “/kill @e[type=dirt]” command.

If you’re playing the Java or Bedrock edition of Minecraft, you can use the Fill command.

The name that comes last determines what block type will fill the selected region.

If the end block type is air, it’ll be like you’re deleting the area of dropped items.

Be very careful to find the correct coordinates, or else you’ll end up destroying other parts of your world.

It’s best to test the command with a small area first and once you get the hang of it and determine that’s what you’re looking for, use it for bigger areas.

If WorldEdit is installed on your servers, you can use the remove command similar to the kill command.

The command is “/remove items <radius>,” which will remove all the dropped items in the given radius.

For instance, if you type “/remove items 100,” it’ll clear all dropped items within 100 blocks.

Lava is a slow-moving fluid block that causes fire damage to almost all items.

There are no lava blocks in the Java edition of Minecraft, but you can retrieve them with a bucket.

In the Bedrock edition, you can obtain lava via glitches, add-ons, or inventory editing.

Fire is a non-solid block that can spread to nearby flammable blocks.

If you use lava, fire, or soul fire where the dropped items are hovering, they’ll briefly catch on fire or burn into ashes and finally disappear.

You can also throw the dropped items into the lave or fire for them to burn up.

The only thing lava and fire can’t burn is items made of netherite, including netherite tools, armor, blocks, and so on.

The flint and steel combination can cause a fire and burn the dropped items, except for netherite items.

You’ll just have to take one iron ingot and one flint and set the dropped item on fire.

TNT Or Other Explosions

If you want to get rid of dropped items and also damage and destroy nearby blocks, propel, players, and entities, you can use TNT cannons or other explosion types.

Cactuses are plant blocks that grow naturally in dry areas.

They can cause damage to and destroy the items that come into contact with them.

Either place a cactus on top of a dropped item to destroy it or throw the items into cactuses.

Anvils come in the form of blocks.

They have many uses, including allowing players to repair and rename items and combine enchantments.

If there’s no supporting block below an anvil, it’ll fall and cause damage to the thing it falls on, including a player or mob.

If you’re running the Java edition, you can also cause damage to the items by throwing anvils on them.

Picking up dropped items and dropping them into a void will also make them disappear while taking some time and effort.

However, it’s best to download them from reliable sources.

Two of the best free and open-source software programs that help provide the means for extending Minecraft servers are Bukkit and Spigot.

They both offer multiple plugins for clearing dropped items quickly.

Choose the one you like from the list, and remember that using any of them will result in a smoother game with less lagging.

With fewer than 80 lines of code, it only takes up 5KB of space.

It effectively does the job of clearing dropped items and doesn’t contain any additional useless commands.

It’s apparent what each one of them does to the dropped items.

You’ll have to install Skript first, go to your plugins folder, and open the Skript plugin folder.

Open the “Scripts” folder and put the “simpleclearitems.sk” file that you’ve downloaded inside.

Restart the software to kickstart the item removal.

You’ll need to install Skript for this plugin to work, as well.

Repeat the steps described previously, but this time, place the “BasicHelp.sk” file inside the scripts folder.

Minecraft has a despawning mechanic, causing every item, mob, or unplaced object to disappear after a specific amount of time.

Dropped items will despawn within five minutes of being in a loaded chunk.

Some may disappear within seconds, and some will take up to five minutes.

If any player or entity picks up the items or unloads the chunk, it’ll reset the despawn timer.

This way, you can wait for the dropped items to disappear on their own.

Moreover, if you go far away from the dropped items, they’ll despawn automatically.

Can You Recycle The Dropped Items?

If you hate wasting items, you’ll definitely be happy to know that you have the option to recycle some of them.

For instance, you can use a furnace or a blast furnace for smelting chains, iron armor, tools, and weapons and get iron nuggets.

You can do the same with gold items to get gold nuggets.

If you have badly damaged unenchanted tools or weapons, you can combine them with the same type of tool or weapon to get a repaired item.

Recycling a saddle will give you some leather.

You can use the composter and turn bread, cake, and kelp into bone meal.

You can trade glass and clay with villagers for emeralds.

You get the hang of it, right?

Other Useful Plugins For Dropped Items 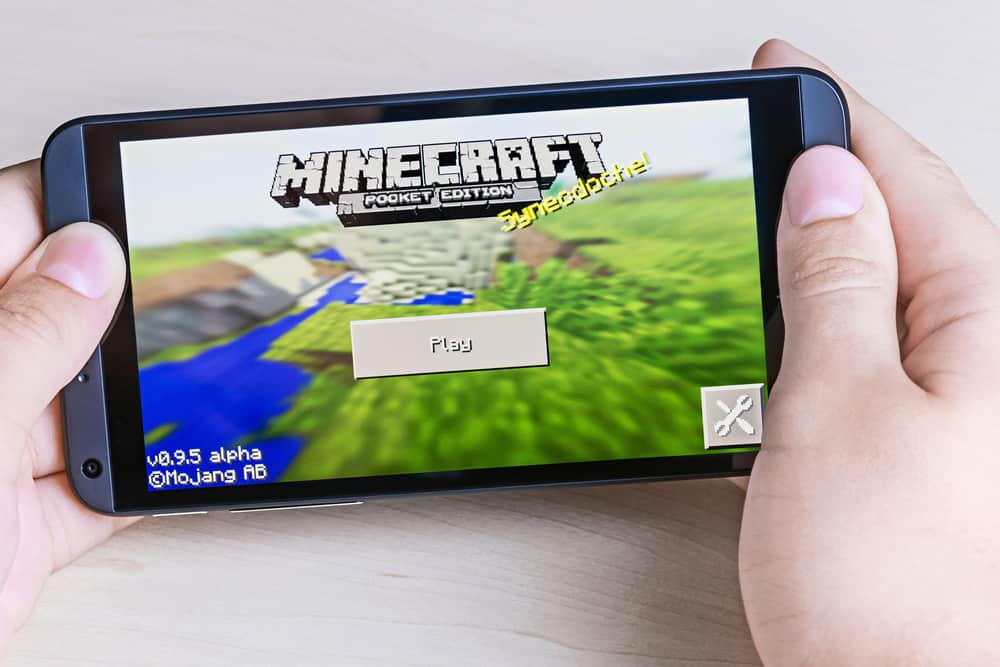 How To Clear Dropped Items In Minecraft (Explained)