You are here: Home / The Cold Spotlight / How Many Rings Does Drew Brees Have? (2023 Updated)

Drew Brees is one of the most iconic National Football League quarterbacks, and his professional football career began in 2001.

Brees has used the fame he amassed during his time as a quarterback to give back to the state that supported him throughout his career by doing philanthropic work around New Orleans and dedicating his time to supporting Louisiana-based businesses.

While Brees’ glory days as a quarterback are over, the impact he had on the NFL and the state of Louisiana is still felt to this day.

How Many Rings Does Drew Brees Have?

Drew Brees only has one championship ring, which he won in Super Bowl XLIV in 2010 with the Saints.

Brees was named the Most Valuable Player of the game after completing 32 of 39 passes with 288 passing yards and two touchdowns.

The Saints won 31-17 against the Indianapolis Colts, and the win was much needed as it came shortly after New Orleans had been devastated by Hurricane Katrina.

This victory wasn’t just a win for the team but served as a beacon of hope for all of New Orleans as they were putting the pieces of their city back together.

After 20 seasons in the National Football League, Brees retired as the league’s leader in both passing yards and completions.

Brees held the record for second most passing touchdowns and he also retired as a 13-time Pro Bowler and as the 2006 Walter Payton Man of the Year.

It was with the help of Drew Brees and coach Sean Payton that the New Orleans Saints were able to claim the team’s and Brees’ lone Super Bowl title.

When Brees retired from the National Football League, nobody was worried about him getting bored because he was immediately focused on what he could do to continue supporting New Orleans.

His most recent project has been teaming up with the Lowe’s Home Team and Lowernine.org to create a sustainable work-live headquarters that will help take care of the volunteers who come to work in the Lower Ninth Ward of New Orleans.

The Lowe’s Home Team consists of current and former football players working alongside thousands of fans who focus their attention on critical repair projects in the places where the National Football League teams reside.

Although Drew Brees and his family moved their primary residence to San Diego, the Brees family still has a residence in New Orleans that allows them to play an active role in the businesses and other investments they have around their former hometown. 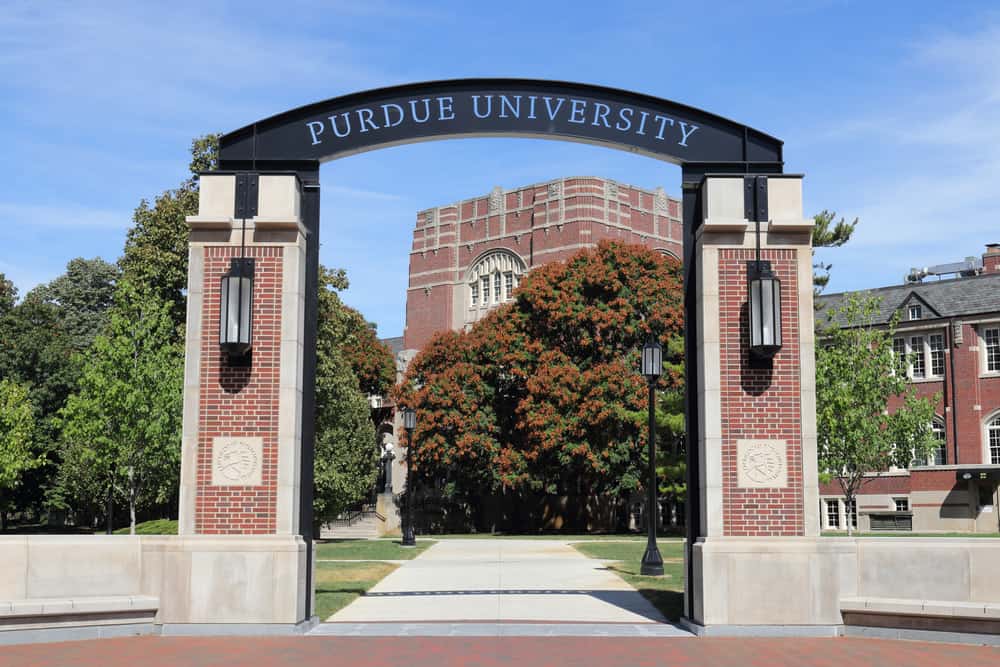 Yes, Drew Brees will be serving as the assistant coach at Purdue University in preparation for the Citrus Bowl on January 2nd.

Brees will be joining new head coach Ryan Walters, who was excited to hear that the rumors of Brees joining the coaching staff were true.

According to the former New Orleans Saints quarterback, he is “extremely excited” to be working with the students at the school he graduated from.

For Brees, this opportunity was about more than just being able to mentor and influence the minds of young students.

Drew Brees wanted to show the future students of Purdue how much the former students still care about the football program.

This opportunity also allows Brees to help prepare Ryan Walters as he steps into the position of the school’s head coach.

After having a conversation with Walters, Brees believes that the new head coach has the energy, passion, and attention to detail to help his alma mater reach new heights.

Walters was excited for his players to have the opportunity to learn and be inspired by Brees.

During Drew Brees’ time with the Purdue Boilermakers, he accumulated 11,792 passing yards and 90 touchdown yards from 1997 until 2000.

Brees placed 4th in the Heisman voting in 1999 and made his way up to 3rd place in the voting the following year.

According to an interview that Brees gave on WWL Radio in New Orleans, he doesn’t plan on continuing to coach after his short-term agreement with Purdue ends.

Although Brees may not be striving for the position of head coach, he will still be able to recruit new talent for the team due to a National Collegiate Athletic Association waiver.

Purdue is set to face Louisiana State University at the 2023 Citrus Bowl in Orlando, Florida.

Is Drew Brees In The Hall Of Fame? 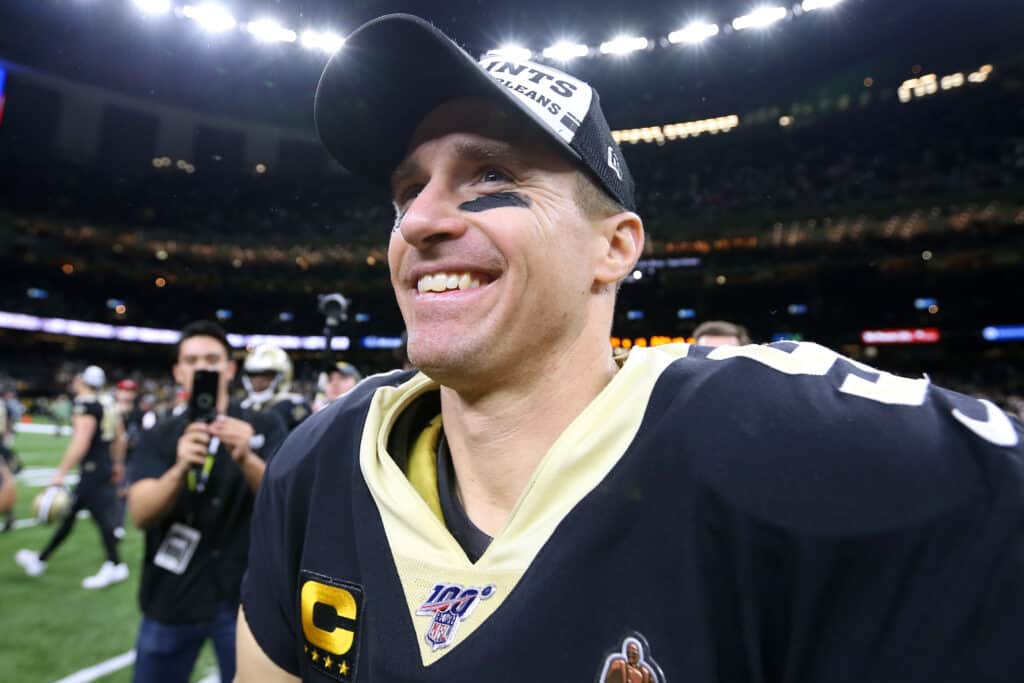 Since his former coach, Sean Payton, stepped down around the same time as Brees, many New Orleans Saints fans believe the pair will be reunited in the Hall of Fame by 2027.

The only Saints players who are eligible to enter the Hall of Fame at this time are linebacker Pat Swilling, defensive tackle La’Roi Glover, wide receiver Marques Colston, guard Jahri Evans, and former owner Tom Benson.

While other Hall of Famers such as coach Hank Stram, defensive end Doug Atkins, quarterback Ken Stabler, and running backs Earl Campbell and Jim Taylor did spend time on the New Orleans Saints, the majority of their acknowledged accomplishments were earned while serving other teams within the National Football League.

Drew Brees didn’t just make a name for himself while on the Saints—he gave the franchise a new frontman and served as the face of the Saints for decades.

Like late owner Tom Benson, Brees helped reshape the New Orleans Saints and brought the team a wave of fans who were originally there to support Brees.

Brees’ devotion went beyond just his football team and expanded to the entire state of Louisiana.

After all the support that he had received from longtime local Saints fans, Brees has done everything in his power to return the favor.

Does Drew Brees Own Walk-On’s?

Yes, Drew Brees is the co-owner of the small chain Walk-On’s Bistreaux & Bar, which started when he acquired the New Orleans locations and has since spread across the United States.

With this purchase, Drew and Brittany Brees also became the co-owners of Happy’s Irish Pubs and Walk-On’s Catering.

When Brees first walked into Walk-On’s, he was immediately impressed by the environment, the kind of customers they attracted, and the quality of their food.

Brees was introduced to the brand after it was named “Best Sports Bar in North America” by ESPN.

After making a name for himself as the quarterback of the New Orleans Saints, Drew and Brittany Brees knew that they wanted to invest in a brand that was based in Louisiana.

When they first purchased Walk-On’s, Brittany Brees claimed “We’ve done our homework and we truly believe Walk-On’s has the potential to become a successful national chain.”

Brees was correct and the couple’s investment has allowed the chain to open in states such as Alabama, North Carolina, South Carolina, Arizona, Tennessee, Texas, Arkansas, Florida, Indiana, Georgia, Kansas, and Mississippi.

The expansion of the brand is ongoing, with new locations soon being added in Arizona, Alabama, Kansas, Texas, and South Carolina.

The menu is filled with Cajun cuisine that is hand-picked by a 14-year veteran chef, and they strive to serve 75% food and 25% alcohol at their nationwide establishments.

Walk-On’s is still actively recruiting franchisees, with the brand averaging $5 million in gross revenue in 2021.

However, potential franchisees have to be willing to get their hands dirty not only in their stores but in the community as well.

Yes, Drew Brees and Tom Brady are friends outside of their careers in the National Football League.

Brady has always been vocal about how he feels about the professional league, so there’s no denying the genuine respect and friendship that these football icons share.

Over the course of his career, Brady has snubbed his fair share of fellow quarterbacks during post-game handshakes.

This is why it was so heartwarming to see Brady make a point to spend time with Brees following one of their last games together, where the Tampa Bay Buccaneers beat the New Orleans Saints 30-20 in the National Football Conference Divisional Round.

A couple of hours after fans and players had cleared out of the Mercedes-Benz Superdome, Tom Brady and Drew Brees met back up on the field to enjoy some time together as active professional quarterbacks.

Brees was joined by his family and Brady even threw a football to one of Brees’ sons before he left the stadium.

Before Brady left, he embraced Brees and left him to enjoy a private game of football with his sons on the professional field.

At the time, there were only rumors of Drew Brees’ potential departure from the National Football League, and this moment that he shared with Tom Brady only solidified everyone’s worries over Brees’ tenure coming to an end.

When Brady announced that he would get into the world of sports broadcasting following his retirement, Brees was quick to warn his friend that broadcasting is much more time-consuming than he originally thought it would be.

After experiencing the workload that comes with broadcasting, Brees decided that he wouldn’t do it again for the following season so he could have weekends to himself.

How Many Rings Does Drew Brees Have? (2023 Updated)