You are here: Home / The Cold Spotlight / How Many Games In A Baseball Season? (Explained) 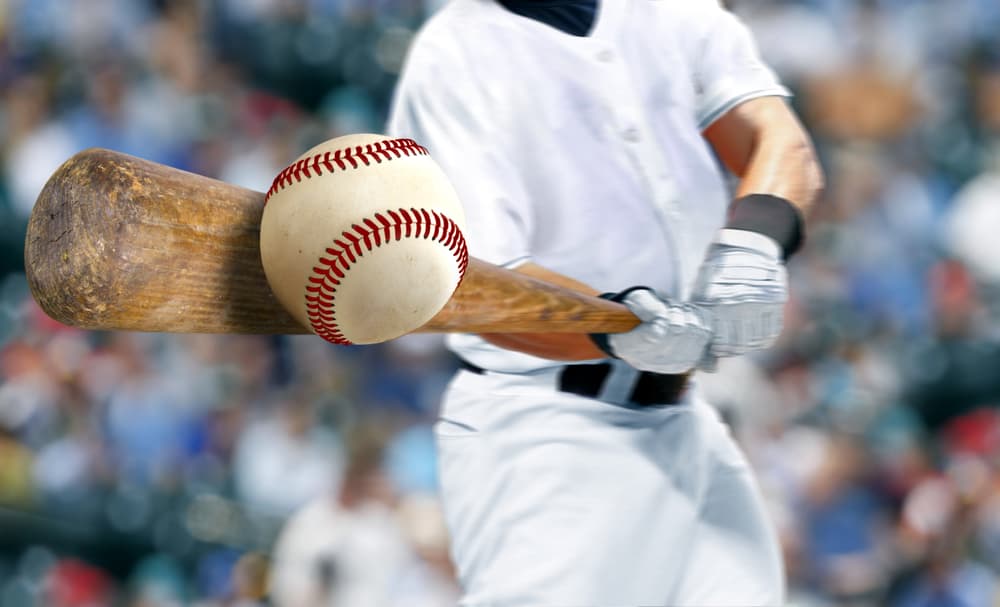 Whether you want to start planning your baseball viewing or want to ensure you don’t miss a game, you may wonder how many games are in a season of baseball.

By knowing how many games you can expect in a season, you can plan out when you want to throw viewing parties or even attend the games in person.

Here’s what you need to know about the number of games in an MLB season and how their playoffs work.

How Many Games In A Baseball Season? 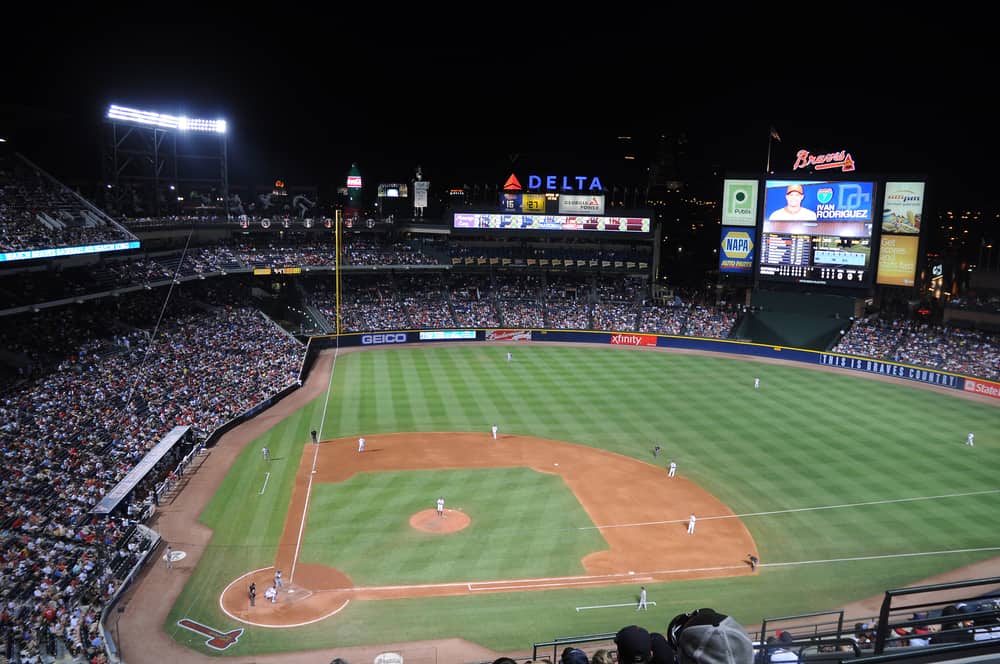 Each team plays 162 games in a baseball season.

There’s a break for the All-Star game, too.

Since there are 30 MLB teams, each of which plays another team, this means there are 4,860/2 or 2,430 individual games in a baseball season, plus the aforementioned All-Star Game.

That does not include the post-season, which involves several rounds of playoffs as well as the World Series.

That means baseball fans are going to have plenty of games to watch from spring to fall.

The Opening Day typically occurs around the end of March and beginning of April, and the season continues until the end of September and early October, so fans will have a long regular season to enjoy.

What Baseball Teams Play Against Each Other In A Typical Season? 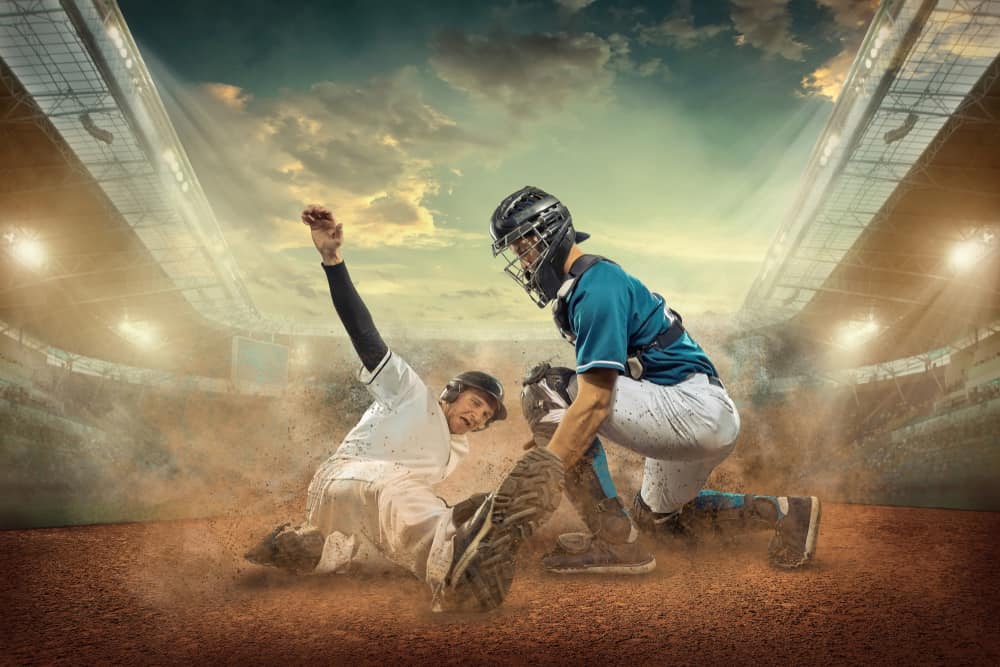 Traditionally, baseball teams play against other teams in their own division.

They’d also face teams in the other divisions, but most of the games centered on division-only matchups.

That changes with the 2023 schedule.

Now, teams are going to be playing against every other team in the MLB as a whole.

This will allow fans to watch their favorite teams play against teams that they have either never played against before or that they rarely play against.

The big change will see every team in the MLB play against every single other team.

It’s a change that the organization hopes will bring an extra dose of competition among the different clubs.

Why Did The MLB Change The Schedule? 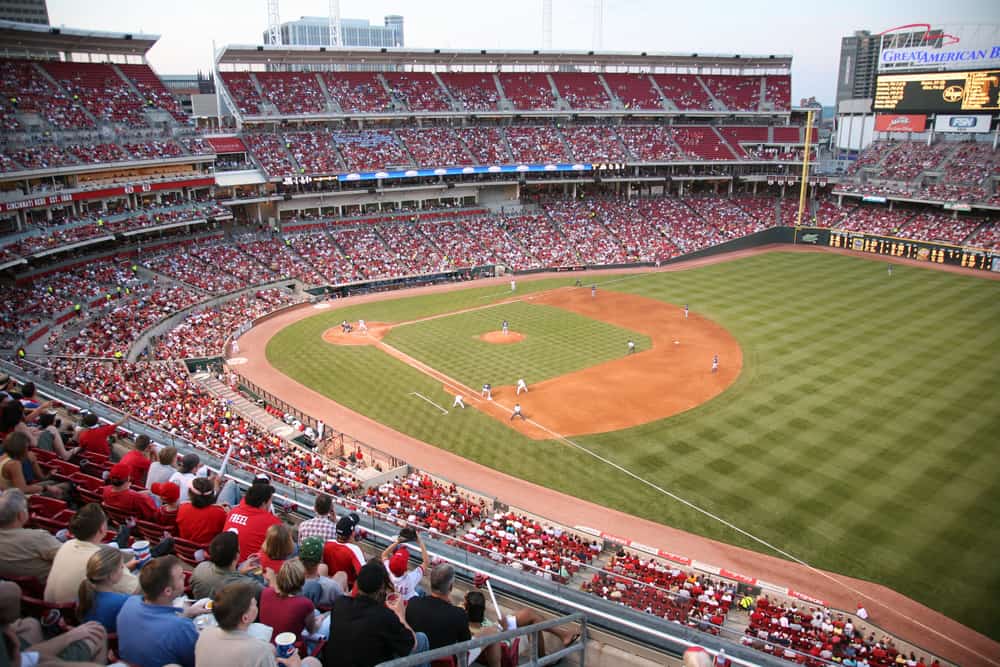 The 2023 MLB schedule is quite a change from those that came before it.

Considering how big of a change it is, you may wonder why MLB chose to shake things up in the first place.

Here are a few reasons why the MLB decided to change the team matchups.

One of the most pressing reasons that the MLB chose to change the schedule is that they’re trying to balance it better.

The organization chose to change the matchups in an attempt to make the postseason games not quite as division-heavy in terms of matchups.

It also means that clubs will face more competition for wild card spots in the postseason.

There’s some truth to their claims.

After all, one team might be playing exceptionally poorly but make it through as a wild card team because they have the advantage within their division.

However, if they were to play a team outside of their division more often, then it might threaten their ability to claim the wild card position in the postseason.

It forces the team to work a bit harder because they’re playing against new opponents or an opponent they rarely play against.

MLB chose to change the schedule in an attempt to better balance it.

They also changed the schedule because of the changes they made to wild cards in 2022.

In 2022, they expanded the number of wild card spots to three.

The problem they saw with this is that a weak team could have an advantage with their wild card race when faced with a deep division team.

By forcing every team to play against each other, it allows the organization to count all the wins and losses the same.

They all have similar schedules.

This then removes the advantage that a weak team would have against its own division.

Earning that wild card spot isn’t as easy as it was before for them.

There’s also the fact that the schedule change is going to bring a great deal of entertainment for fans.

Fans undoubtedly have their favorite teams, but they might also have favorite players who play on other teams.

They might have a particular team that they playfully despise, too.

With the schedule change, those fans can now root for their teams against those players or teams.

They’ll be able to see new matchups that might have only occurred a few times in the past, if at all.

Because the clubs are now all playing against each other at least once, it can make for some incredible games.

The MLB wants the game of baseball to grow.

It earns more money that way.

With new matchups, it means more people might be watching.

The games might be a bit more interesting to them.

Since there might be more people watching, then it means the MLB is earning more money.

It’s also a way for them to expand to new viewers and fans.

People who have never watched baseball before might tune in now because their home team is playing against someone that interests them.

It’s a way to help spread the love of baseball and entertain fans.

4. Challenge The Players And Teams

There’s no question that the schedule change also aims to challenge players and teams.

The problem with playing against teams that are mostly in your division is that you come to know them quite well.

You know which hitters prefer to walk instead of hit.

You also know the different styles that the pitchers use.

As such, it’s a bit easier to strategize.

They know you well, also.

That can make playing the game rather stale since you usually know what to expect.

It also means that weaker teams are likely to remain weak until big changes occur within their own club.

By playing more teams outside of your division, however, you’re met with new faces and new strategies that you haven’t encountered before.

It means you’re going to have to change how you play.

You’ll need to do more research and prepare yourself for new tactics.

You’ll get to know new players and understand their strengths and weaknesses.

It makes the game more exciting because you’re dealing with something new.

It isn’t the same old teams you always play against.

For weaker teams, it also means they have a chance to grow.

That can impact their overall ratings.

Weak teams might find even weaker teams from the other divisions that they can play against and grow from.

Essentially, the schedule change challenges players and teams and can make the game more exciting for them.

How Do MLB Playoffs Work? 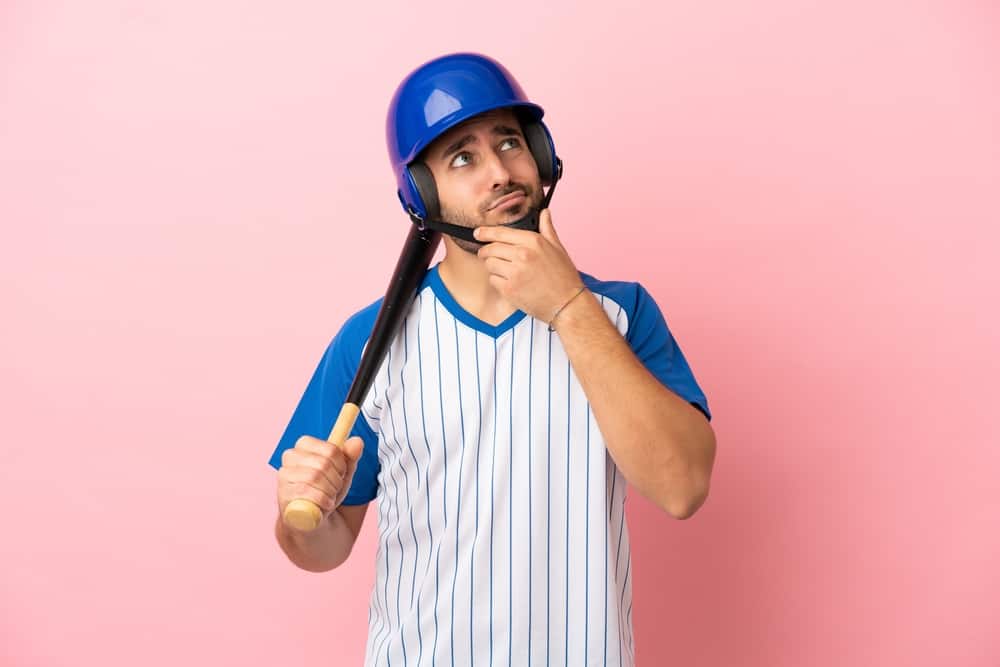 Those who are new to baseball may have some confusion as to how the playoffs to the World Series work.

You may hear things about a wild card that don’t make sense to you.

You can think of the playoffs as three main parts with the fourth and final part being the World Series.

The season determines which teams automatically go to the Division Series which is the second part of the playoffs.

The first part determines what other team is going to face that team in the Division Series.

The first part is the Wild Card Series.

It uses a best-of-three format to determine the winning team.

The winner will then move on to the Division Series where they’ll play the team that automatically earned their spot.

The winner of those games then advances to the Championship Series.

Finally, the winner of those games advances to the World Series, which is also a best-of-seven format.

There are several games in a standard season of baseball.

While the number of games hasn’t changed, the matchups have recently changed.

The changes come as an effort to make a more entertaining and balanced game.

How Many Games In A Baseball Season? (Explained)