You are here: Home / The Cold Spotlight / How Long Does It Take Water To Freeze? (Explained) 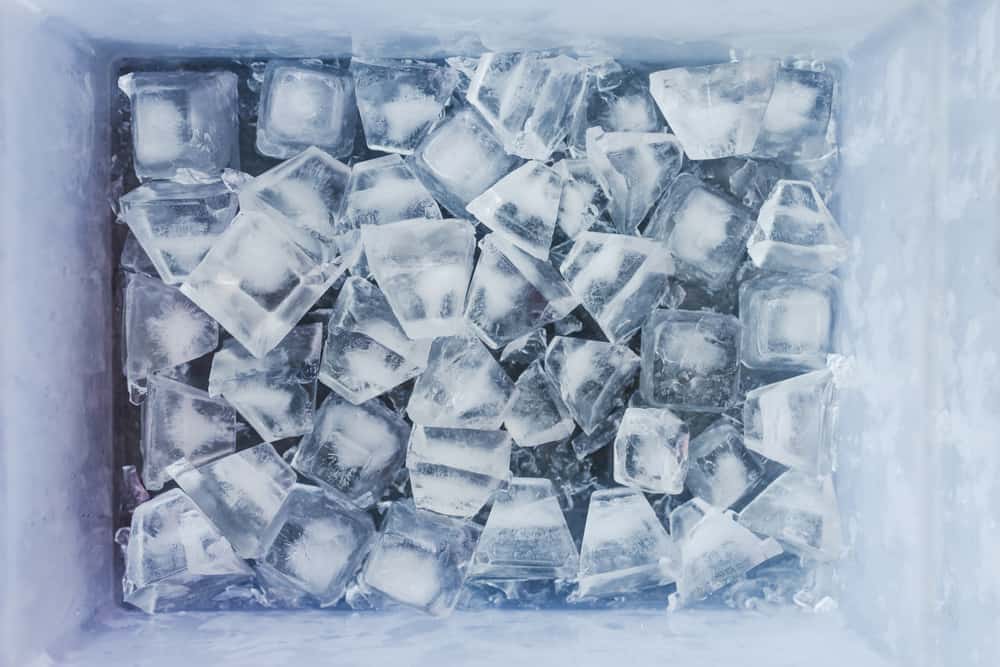 If you’ve ever had to wait for some water to freeze, it might seem like it took forever.

Whether you’re waiting for ice cubes for your favorite cold beverage or for your local pond to freeze over for some ice skating, waiting for water to solidify seems like a never-ending process.

How Long Does It Take Water To Freeze? 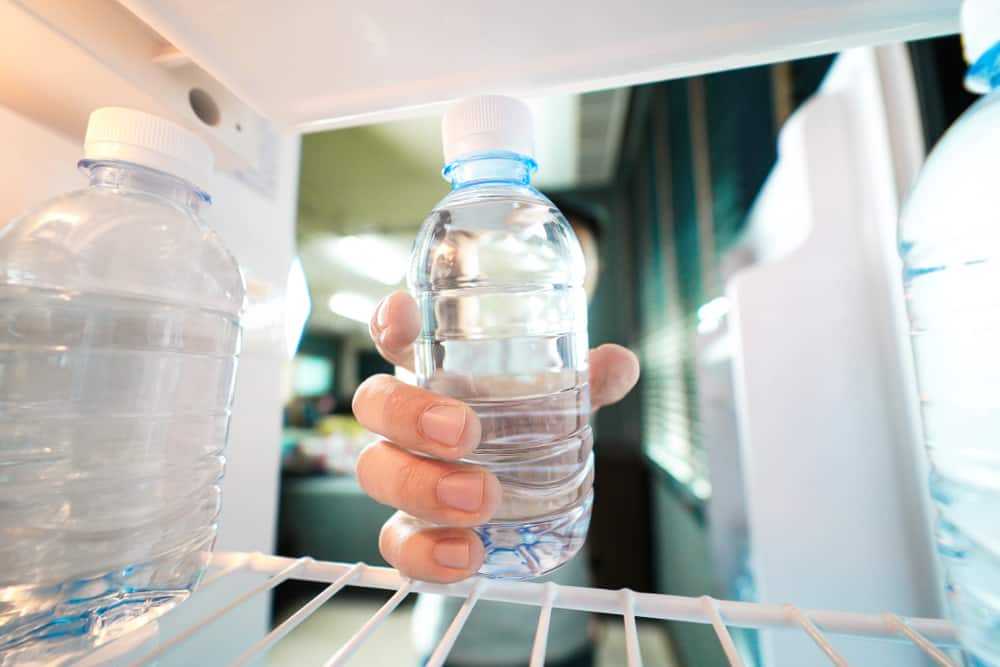 Water will take roughly one to three hours to freeze in a home freezer.

Factors that will affect the exact freezing time include the original temperature of the water, the volume of water, the size of the container, and the purity level of the water.

Air temperature and other outside influences can also play a role in freezing time.

The type of water also makes a difference in freezing times.

How Long Do Ice Cubes Take To Freeze As Opposed To Ponds Or Lakes? 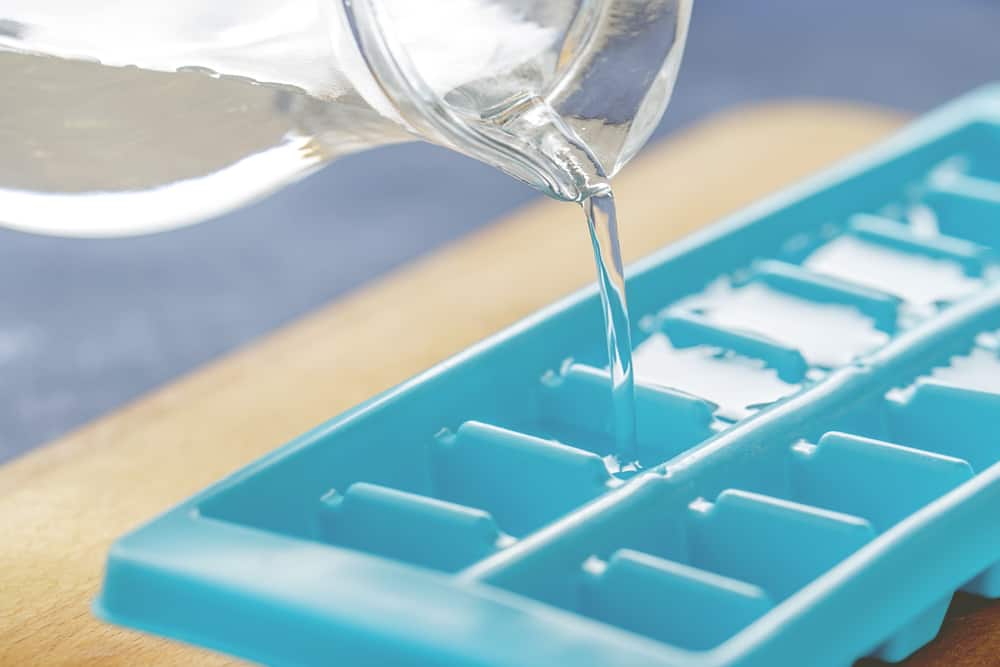 A standard home freezer is typically set at 0 degrees Fahrenheit.

The freezing point of water is 0 degrees Celsius or 32 degrees Fahrenheit, so this puts a freezer well below the point of freezing.

However, if the temperature of the water put into the ice cube tray is extremely cold already or even really hot, the time it’ll take to turn to ice may decrease to around 45 minutes.

This occurs through a phenomenon called the Mpemba effect, which we’ll discuss later.

Generally speaking, though, the warmer the water you try to freeze, the longer it will take, and the cooler the water is initially, the faster it will freeze.

This is because water must reach the freezing baseline before it will begin to freeze.

On the other hand, it takes large bodies of water like ponds and lakes much longer to freeze.

The size of the lake and the volume of water it contains have a lot to do with freezing rates.

It takes an average of four days of straight below-freezing temperatures for a lake to freeze over.

It’s recommended that the ice be at least 4” thick before walking on it, however.

In order to test the thickness of the ice, it’s advisable to drill a hole through the top and then use a ruler to measure.

Unlike ice cubes, ponds and lakes only form a layer of ice on the top.

Due to expansion, this helps insulate the fish and other water species below, keeping freezing temperatures at bay.

This added layer of insulation also protects against the animals freezing themselves.

Gray and white ice is thinner, so it should be avoided, as well as any questionable areas.

If you don’t know for sure how thick the ice is, it’s best to avoid it.

A Quick Refresher On The States Of Matter 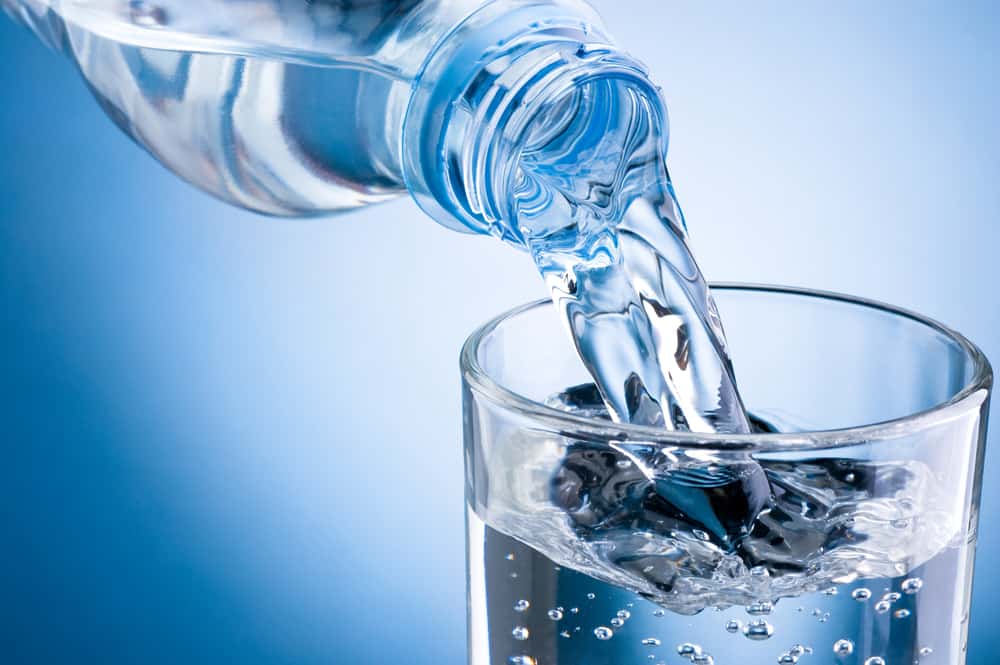 As we learned in basic school science, there are three states of matter: gasses, liquids, and solids.

Some scientific studies also acknowledge plasma as a state of matter.

Since all matter is made up of atoms, the state of matter can change based on how atoms move.

Atoms in solid matter are packed together tightly, with minimal mobility.

This creates the look and feel of a solid item, like a chair or lamp.

Solids can be created when a liquid or gas is cooled off, as is the case with ice.

When heat is applied to atoms in a solid state, the atoms disperse and start to move around quickly, creating a liquid, such as molten lava.

As we’ve learned, applying coldness to a liquid will make the atoms start to slow down and move closer together.

When liquids are heated, they can also evaporate, turning into gas.

Gasses, like hydrogen and oxygen, cannot be seen or felt but still contain the properties of matter.

The atoms in gasses are much further separated and move rapidly, dispersing themselves over an area quickly.

Gasses that are cooled can create liquids, like water vapor.

In this case, the atoms slowly lose energy and start to slow down.

As for plasma, “free electrical charges (not bound to atoms or ions) cause the plasma to be electrically conductive,” according to Thought Co.

Plasma is mostly found in ionized gas, but it contains different properties than other gasses.

This makes plasma unique from gas, which is electrically neutral.

Plasma can also be formed by heating and ionizing gas and is the matter in neon signs, fluorescent lighting, and even stars.

What Is Happening To Water During Freezing? 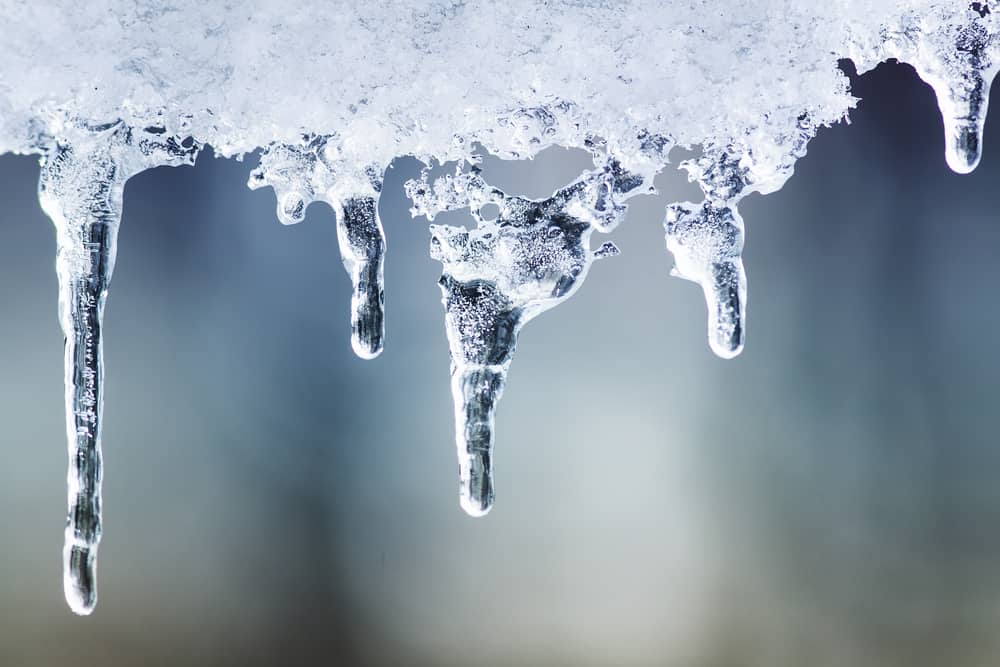 It can be difficult to understand how freezing actually works, but it’s useful knowledge to have.

An interesting chemical reaction is actually occurring when water starts to freeze, the act of changing a state of matter.

As described, atoms in liquids exposed to frost and freezing temperatures will start to slow down and pack closer together, hooking into each other.

Eventually, this turns the liquid into a solid, which happens when water is left in the freezer, turning it into ice.

In the case of ice, the water atoms start to harden and crystalize, becoming a solid.

In addition to the changing state of matter, the freezing process expands ice and makes it less dense than water.

An example of this is floating ice cubes.

There are actually fifteen phases of ice, marking the amount of crystallization and density of the solid.

The first phase is called hexagonal ice, which is the ice we typically use in our drinks and coolers.

When temperatures of hexagonal ice decrease, it forms cubic ice.

From there, you can keep lowering the temperatures in order to create Ice II–Ice XV, or fifteen.

The colder the ice, the denser it becomes, changing its internal structure.

How Do You Freeze Water Faster?

The size and depth of a container can greatly affect the amount of time it takes water to freeze.

For example, an ice tray with smaller, shallower cube slots will cause your water to freeze at a faster rate, while ice trays with larger, deeper slots may take a bit longer to freeze your water.

Smaller trays may only take one to two hours to create ice, while larger trays can take up to four hours.

You can also easily lower the temperature of your freezer, which will decrease the amount of time it takes to freeze water.

However, when doing this, you might accidentally solidify food items in your freezer that you don’t want to be hard as a rock.

Lowering the temperature of your freezer below the recommendation can cause freezer burn and make foods take that much longer to thaw out for consumption.

Making sure water is pure is also a factor in the amount of time it’ll take to freeze.

Waters with impurities or salts will take much longer to freeze than waters without those elements.

According to Phys Org:

This means impurities can increase the temperature required to freeze.

Using a water filter or natural spring water can help remove these unwanted additions from your water.

Keeping a tight seal is crucial in insulating your freezer and cutting down on freezing times.

It’s also best to not open the freezer every few minutes to see if your ice is ready.

Every time you open the door, you raise the temperature inside the freezer, only prolonging the length of time for freezing to occur.

We know it can be tempting to keep checking, but try to avoid this.

The use of metal ice cube trays will also cut down on freezing time.

The metal expels heat from the tray faster than a plastic can.

Then, placing the metal ice cube tray on another metal surface, such as a baking sheet, in the freezer will help conduct colder temperatures through the water, chilling it faster.

What Is The Mpemba Effect? 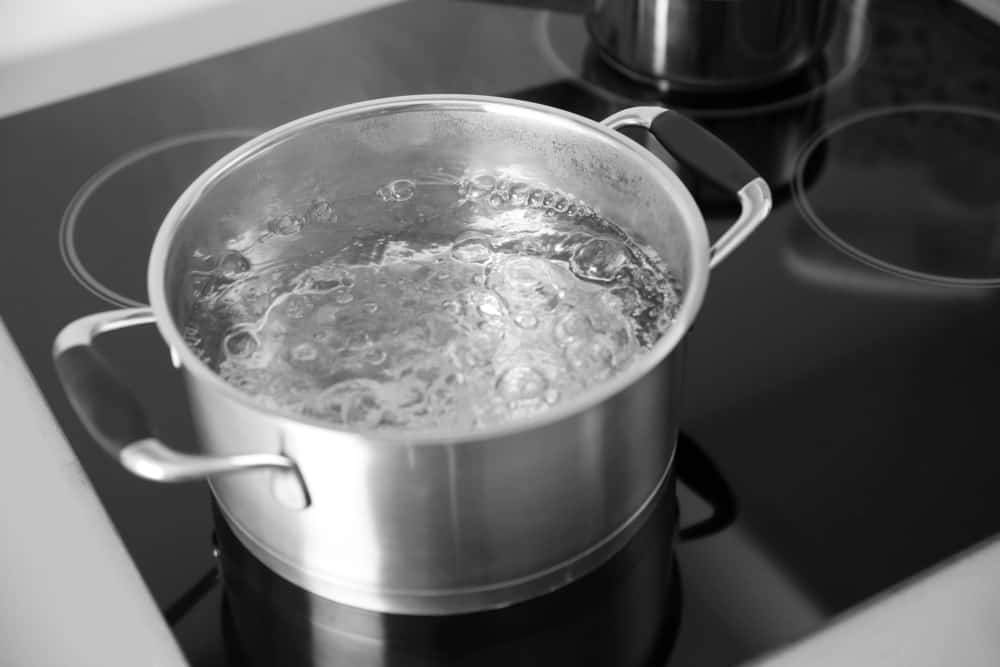 Why this happens is still under debate, as a definitive answer has yet to be found.

The conundrum is not easily answerable because the effect doesn’t always take place and has been found to be inconsistent.

Some possible theories, though, include faster evaporation from hot water, making the volume of water to freeze that much smaller.

Cold water can form a frost on top, insulating the water below it.

This means it takes more time for colder temperatures to reach a majority of the water in order to freeze it.

“Hot water cools faster because of the bigger difference in temperature between the water and the freezer, and this helps it reach its freezing point before the cold water reaches its natural freezing point, which is at least 5°C lower.”

All of these theories seem plausible, so it’s worth a try heating up your water before attempting to freeze it to achieve a faster freezing time.

However, in most cases, hot water takes longer to freeze because it must cool down to at least 32 degrees Fahrenheit before it can even begin to freeze.

This adds almost double the amount of time it takes cool water to freeze.

How Long Does It Take Salt Water To Freeze? 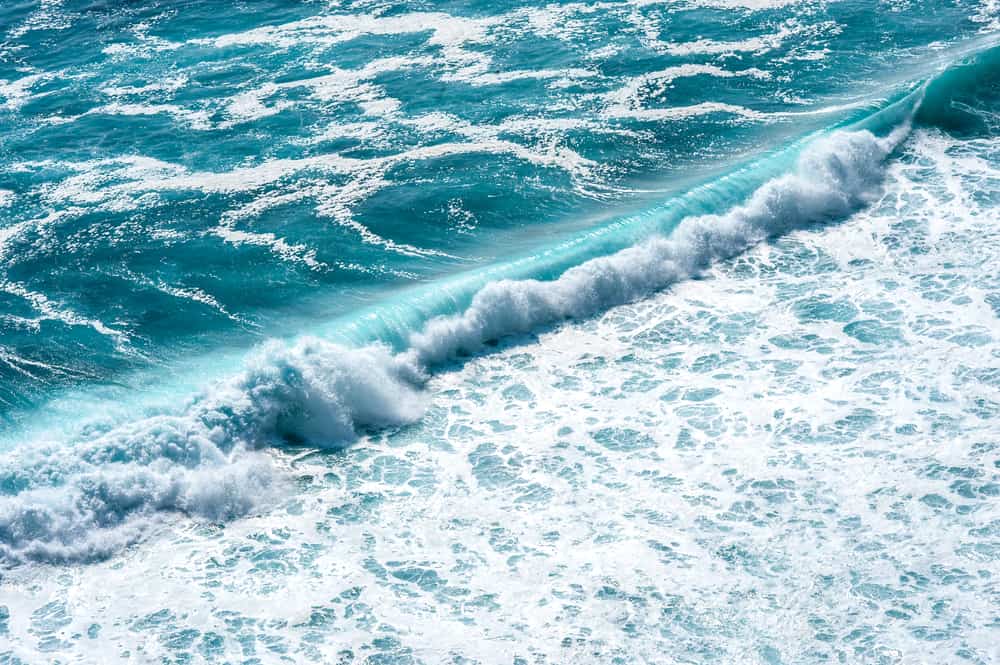 Despite some common beliefs, salt water can freeze, but it requires a lower temperature.

The act of freezing salt water removes the salt, as only the water portion can freeze.

Currently, 15% of the ocean is covered by frozen sea ice, including 10 million square miles of the Earth, with the average ocean temperature falling at 38.3 degrees Fahrenheit.

“Sea water becomes more and more dense as it becomes colder, right down to its freezing point. Fresh water, on the other hand, is most dense while still at 39.2 degrees Fahrenheit, well above the freezing point.”

However, the salt level of the ocean varies, averaging 35 grams of salt for every 1,000 units of water.

The more salt is found in the water, the lower the temperature must be to freeze it.

Adding salt to the road reduces the freezing point to −6 degrees Fahrenheit, meaning temperatures must reach much colder than normal to form ice on the roads.

Salt on the road displaces water molecules, slowing the rate of freezing.

This keeps the roads safe to drive on. 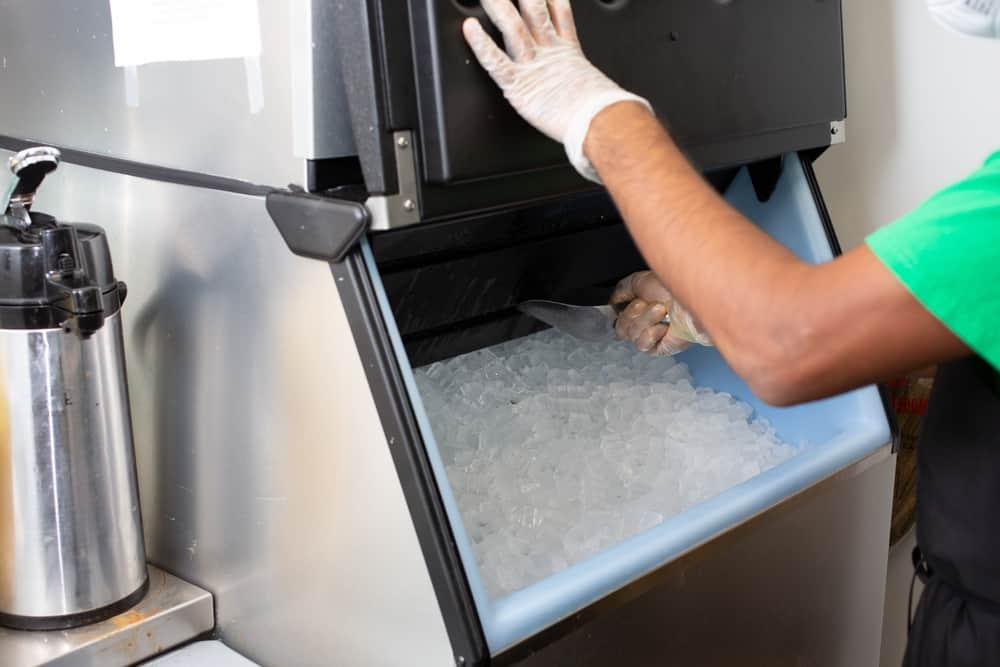 Modern built-in ice makers can typically create ice faster than if you were to fill an ice tray and let it sit in the freezer.

The average time for an ice maker to make ice from scratch is roughly two hours.

Ice makers work much like regular ice trays but use a fully automated system.

Refrigerators with built-in ice makers must be connected to a power source and a water source, things typically found in the back of the unit.

They work by sending an electric signal to the water valve, releasing water into trays.

Then the cooling unit freezes the water using an internal thermostat that regulates the temperature.

After freezing occurs, a heater warms the bottom of the freezer tray, releasing the ice cubes into a bin.

When the bin is full, a lever is activated and the ice maker knows to stop producing ice, preventing a freezer full of ice.

How Long Does It Take Water To Freeze? (Explained)