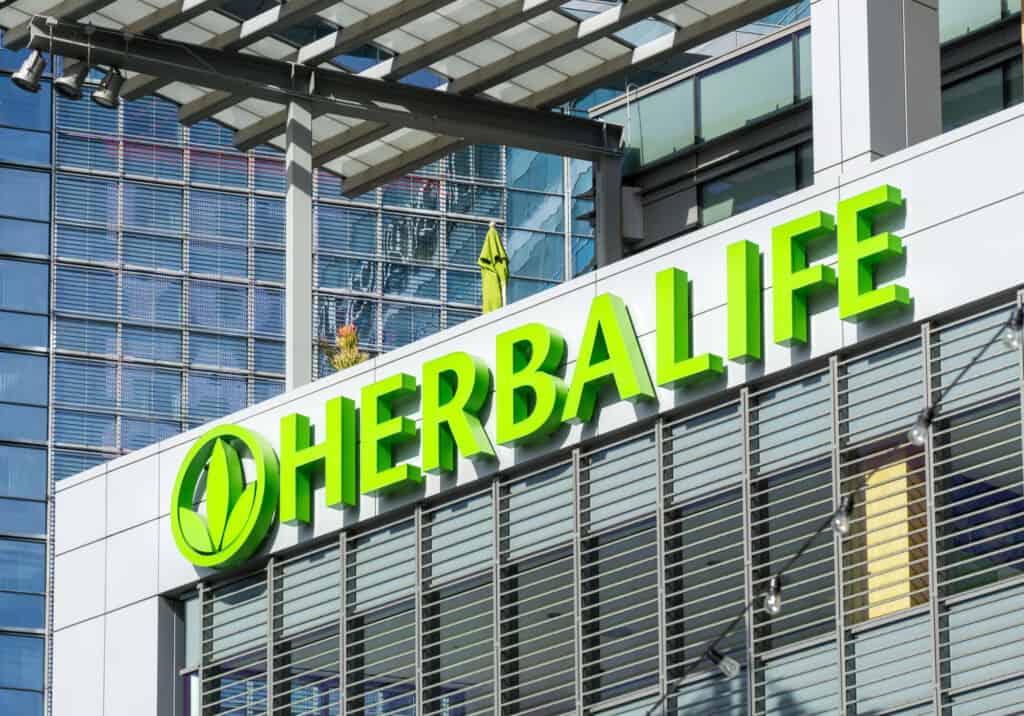 Herbalife Nutrition has entered a deferred prosecution agreement with the U.S. Attorney’s Office of the Southern District Of New York on Friday.

By doing so, Herbalife will pay $123 million in fines for criminal conduct including:

For a decade, specifically between 2007 and 2016, Herbalife paid Chinese officials to advance its business interests in China.

It also used bribery to influence Chinese government investigations into its compliance with Chinese laws.

To cover up its payments to Chinese officials, Herbalife officials knowingly and wilingly falsified the company’s accounting records.

One method of doing so was to conceal the bribes by classifying them as “travel and entertainment” expenses.

Not Herbalife’s First Brush With The Law

Back in 2016, Herbalife found itself in hot water over allegations its distributors essentially carried out a pyramid scheme.

Multi-level marketing (MLM) companies have to be careful not to fall into this practice.

The difference between MLM and a pyramid scheme relies essentially on who the distributor sells the product to.

If the distributor sells the product to a customer outside the company, it is a MLM.

But if the distributor sells it to a distributor recruited by him or her who then does the same thing, it is a pyramid.

The end result was that most distributors were out the $2,000 start-up fee because they weren’t able to recruit other distributors to sell to.

The FTC ordered Herbalife to pay a $200 million fine and restructure its operations in 2016.

Hopefully, it has improved that business model.

Herbalife has experienced a tumultuous and expensive 4 years.

But the fines the company has paid are small in comparison to its sales.

If its sales records are to be believed, Herbalife reported $4.9 billion in meal replacement shakes in 2018.

And Herbalife maintains that it is “The #1 brand in the World in Meal Replacement Shakes,”

Founded in 1980, Herbalife celebrates its 40th anniversary this year.

It will be interesting to watch how Herbalife tries to maintain its holistic brand imaging (as evidenced above) with this Chinese corruption news hitting the airwaves.