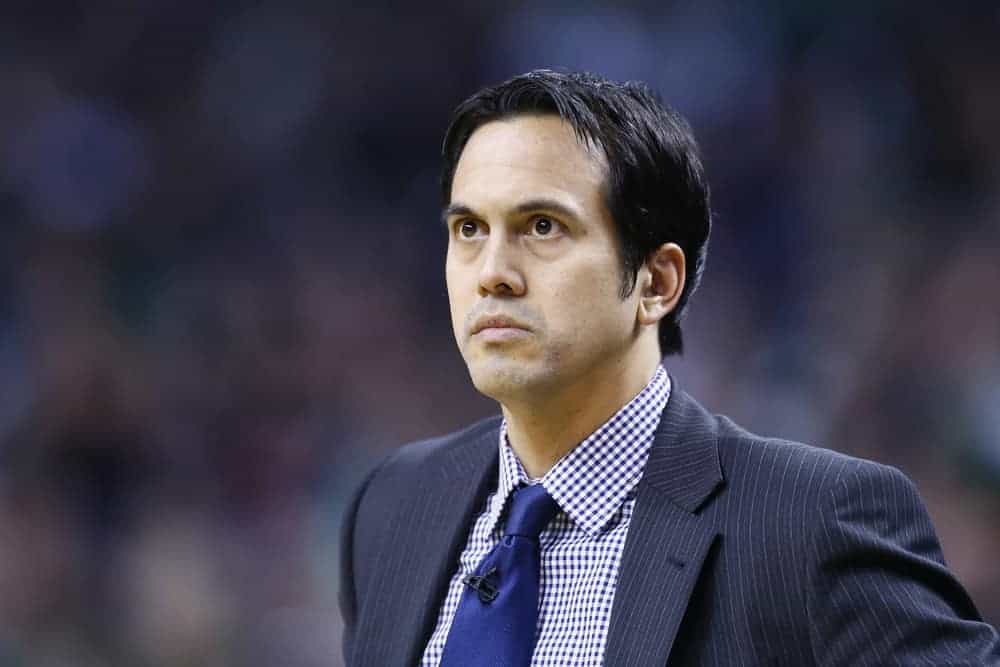 In game 2 of the NBA Finals, the Los Angeles Lakers secured a strong grip on this series, going up 2-0 over the Miami Heat.

Anthony Davis once again enforced his will on the smaller Heat team, who were without, C Bam Adebayo.

Davis had 32 points along with 14 rebounds in yesterday’s victory.

He had multiple second-chance buckets in the fourth quarter as the Heat were looking to climb back into the game.

But, this Miami Heat team truly embodies the tough-minded people in the great city of Miami.

After suffering a game 2 defeat, with their backs against the wall, Heat Coach Erik Spoelstra made it clear that this Heat team still believes in themselves.

“We don’t give a s— what everybody else thinks.”

Erik Spoelstra and the Miami Heat are unbothered. pic.twitter.com/qpZYvASm7a

Coach Spo went on to say:

“Your first question, what will it take? Whatever is necessary. It’s as simple as that. If you want something badly enough, you’ll figure it out and our group is extremely stubborn, persistent and we just need to figure out how to overcome this opponent and we respect the high qualify of opponent that we’re playing. You got to figure it out and overcome it.”

Thus far throughout the bubble, the Heat have indeed, figured out and overcame whatever was standing in their path.

Miami is now down 2-0 to a team that is much bigger than them.

It also does not help that they are dealing with multiple injuries to key players.

Heat F Jimmy Butler, also had a similar response in his presser.

“We’re gonna ride with this thing ’til the wheels fall off. It’s not over.”

Jimmy Butler talks about the fight in this Miami Heat team and the determination of Bam Adebayo and Goran Dragic to return to the series. #HEATTwitter pic.twitter.com/Hdu1dVfF7p

He understands a tall task is in front of them and that is going to take an extreme amount of precision along with hard work and attention to detail to over come it.

The Miami Heat showed last night the resiliency that they have displayed throughout the NBA bubble.

Miami continued to fight; they even cut the lead to single digits at one point in the fourth quarter.

Most importantly, they displayed positive body language regardless of the circumstances.

A large part of that was the fiery half time speech given by big man Udonis Haslem.

In fact, Jimmy Butler even suggested that long time Heat veteran Udonis Haslem starts the game off inspiring the team the way he did at half time in game 2.

Jimmy Butler on Udonis Haslem’s 2nd half speech: “Maybe he should start the game off cussing people out.” pic.twitter.com/2KBMNhqAGG

While the Lakers are shooting and rebounding well, this series is far from over.

The Heat stayed with their zone defense last night, often rotating well as the Lakers had good ball movement, but expect another kind of adjustment coming into game 3.

The odds are not in their favor, but they still have a fighter’s chance of making this thing a series and it starts with a game 3 win.

As for the Lakers, they must keep their foot on the pedal and take advantage of the size difference as they have done so far.