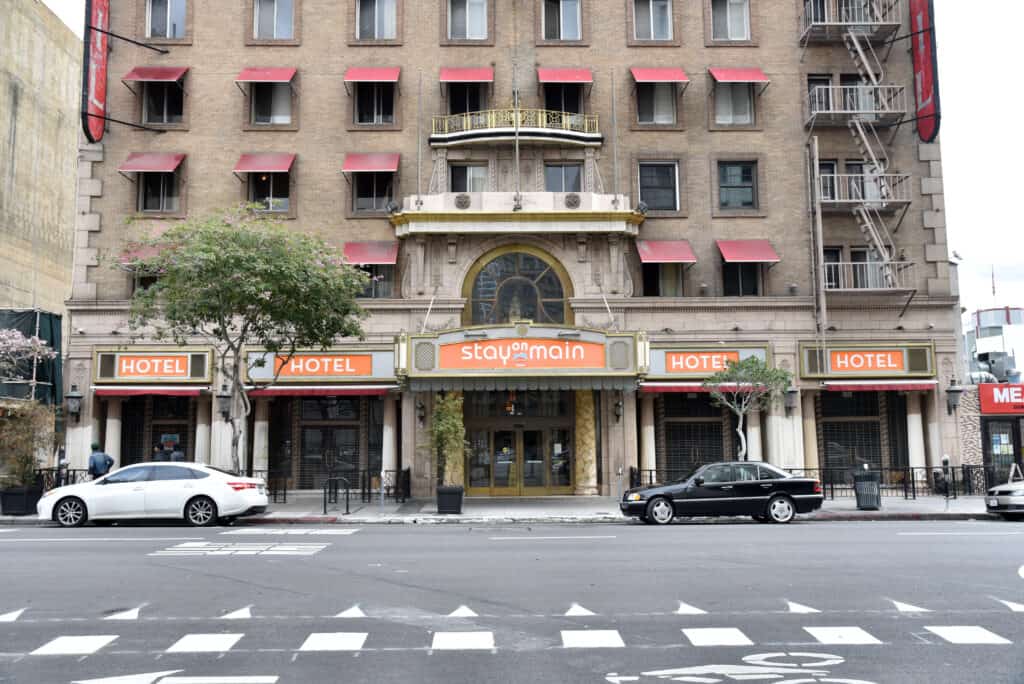 Lam suffered from bi-polar disorder so her family was wary of her traveling alone.

But the 21-year-old Lam agreed to contact them daily during her trip.

Her family became alarmed when they didn’t hear from her on January 31, 2013.

Lam was staying at the Cecil Hotel in Los Angeles at the time of her disappearance.

The death of Elisa Lam
– found in a sealed water tank above the Cecil Hotel
– creepy elevator footage
– unsolvedhttps://t.co/sb52XAqyRR

She appeared concerned and frequently checked the hallway as if she thought she was being followed.

The video also shows her pushing all of the buttons in the elevator.

Unfortunately, the surveillance video raised more questions than answers about what happened to Lam.

On February 19, 2013 after receiving multiple complaints from hotel guests about low water pressure and a peculiar taste in the tap water, maintenance worker Santiago Lopez found Lam’s naked body inside one of the hotel’s four water tanks measuring 8 feet high and 4 feet wide.

Her clothes were near her, and her room key and watch were also found on her.

Besides the surveillance footage, Lam was last seen in a local bookstore ironically called The Last Bookstore.

“It seemed like [Lam] had plans to return home, plans to give things to her family members and reconnect with them.”

One of the reasons the lawsuit was thrown out was because for someone to get to the water tanks would require a great effort and also an alarm system would have been triggered.

This argument was strengthened by Lopez’s testimony on what he had to do to reach the water tanks the day he found Lam’s body.

The process was as follows:

In the end, Lam’s death was ruled “unforeseeable” because it was in an area of the hotel where guests were not allowed access.

Elisa Lam originally was booked in a hostel-style shared room.

However, other guests in the hostel room reported oddities in Lam’s behavior so she was then moved to a private room of her own.

Toxicology tests were conducted, but her blood could not be tested given the severe decomposition of her body.

Those reports indicated that Laum had antidepressants in her system.

She was under a doctor’s supervision for her bi-polar disorder so that was not surprising.

However, the levels of the antidepressants led some to speculate that she had not been taking them properly at the time of her death.

Even if her mental health issues were causing problems, it still doesn’t explain how she ended up drowned inside the water tank.

Lam’s Death Adds To The Folklore of the Cecil Hotel

The Cecil Hotel has a reputation of being haunted.

Since its opening in 1927, at least 16 suicides, murders, or other paranormal events have occurred there.

Besides Lam, another young woman was a guest prior to her mysterious death in 1947.

Elizabeth Short also known as “The Black Dahlia” was found on a nearby street to the hotel badly mutilated.

Her mouth was carved from ear to ear, and her body cut in two.

With the 8th anniversary of Elisa Lam’s death approaching, family members and friends still wonder what happened in her final hours of life.