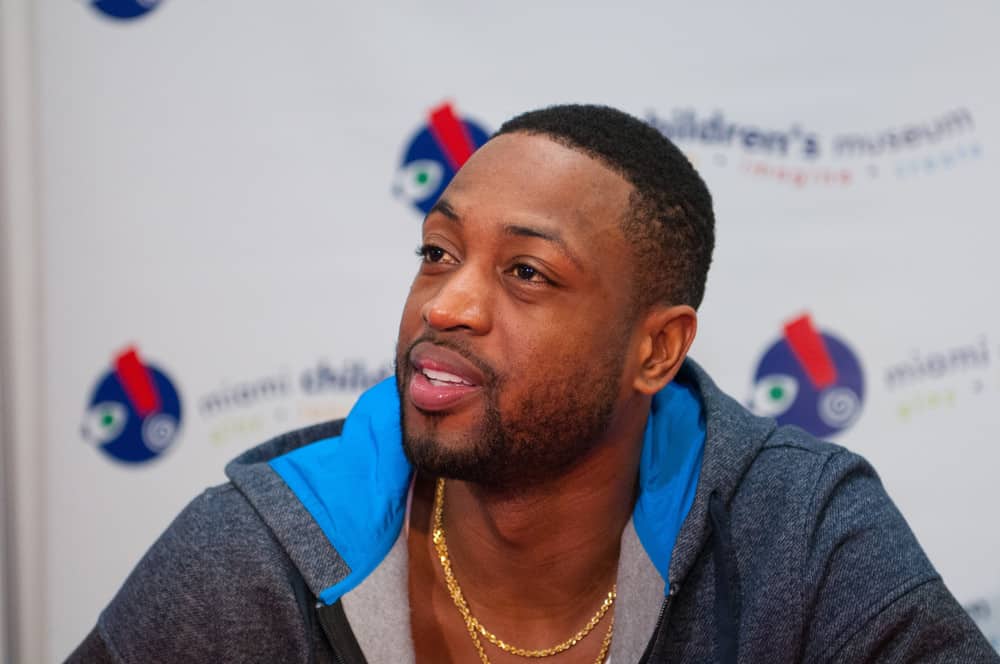 After 144 days since their last game, the Los Angeles Lakers were inevitably going to show a little rust.

Though they were able to eke out a 103-101 victory over the Los Angeles Clippers, their scoring efficiency was far below expectations, shooting just 39% from the field and 30.6% from deep.

But in the contest’s waning moments, it was LeBron James who stepped up when the Lakers needed a hero.

With under 20 seconds remaining and the score tied, James bullied his way to the basket to take the lead.

However, it was his defensive effort that caught the eye of his best friend and former teammate, Dwyane Wade.

@KingJames brought out that 2011 fourth quarter defensive last night. I know my guy needed an ice bucket after all that literal movement 😆

James’ defensive chops were on full display, locking down both Kawhi Leonard and Paul George to seal the game.

In his postgame conference, James encapsulated his team’s overall performance and his ability to bottle up the Clippers’ superstar duo.

“Rhythm as far as offensively, making shots, those things are going to take a little bit longer to get back to your rhythm and your flow and making your shots. But the one thing you can always do is defend.”

As if the league needed another reminder, the 35-year-old reestablished his dominance as he vies for his fourth championship.

Anthony Davis Fails to Make an Impact in Crunch Time

If James is to acquire another Larry O’Brien Trophy, though, Anthony Davis needs to show up in the last quarter.

Davis was cruising through three frames, going 14 of 15 from the charity stripe and notching 32 points.

He then proceeded to disappear from the stat sheet, hitting two free throws and missing his only field goal attempt.

While the four-and-a-half month layoff could be responsible for his diminishing returns, it’s not the first time he has struggled late against the Clippers.

In the four games between the rivals, Davis has accrued over 29 minutes of action from just the fourth quarter.

His performances border on negligible, though, as he has taken only nine shots and scored a paltry ten points.

While his value extends beyond his offensive output, it is alarming that he has hasn’t that much of an impact.

Perhaps the Lakers’ big man relinquishes some of his duties to LeBron, but Davis is too talented to continually disappear against their most dangerous threat in the Western Conference.

The Race for First Place

With a win over the second-seeded Clippers, the Lakers extended their advantage to a healthy 6.5 game lead.

Even with this positive outcome, some concerns remain for the rest of the season.

The Clippers were without two key pieces in Lou Williams and Montrezl Harrell, who contribute a combined 37.3 PPG.

Despite this, a healthy Lakers squad could barely muster a two-point victory against their short-handed opponent.

Furthermore, the team shot far below their season averages in both field-goal percentage and three-point shooting.

The Lakers lead the league in field goal percentage, nailing over 48% of their attempts.

While their three-point percentage of 35.2% falls into the middle of the pack, they still fell quite short of that mark on Thursday.

Given time, the purple and gold should be able to regain their footing and focus on their championship aspirations.

However, they will need to perform more efficiently and consistently come playoff time when the competition reaches another level of intensity.

Rest assured, these two titans are on a collision course that will decide the fate of Los Angeles and the NBA.