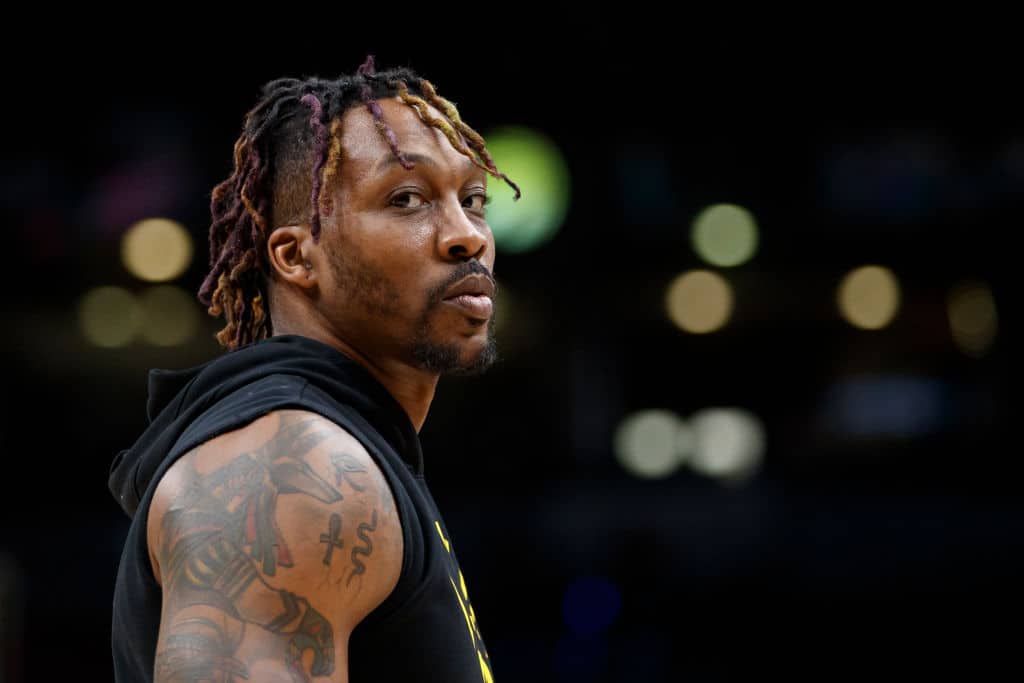 Dwight Howard is currently without a home in the NBA after becoming a free agent and not signing with a new team during the summer.

But we all know that his time in the league has been filled with some huge ups and some massive downs too.

The champion earned his ring with the Los Angeles Lakers after years with other teams such as the Orlando Magic, Houston Rockets, Atlanta Hawks, and more.

We don’t know what is next for Howard but he has one idea about how he could come back into the league and help out one of the best teams.

Should the warriors get Dwight Howard he wants to mentor James wiseman 👀 pic.twitter.com/wNpwhEYj3W

Howard recently talked about possibly playing for the Golden State Warriors and all he could offer them.

He mentioned how much he’d help open up Stephen Curry and give him and Klay Thompson more space on the floor to shoot.

Howard also said that he’d be able to play well alongside Draymond Green.

But he seemed particularly interested in working with young big man James Wiseman.

Howard said that he could teach the up-and-comer a lot about blocking shots and defense.

Based on Howard’s track record, that is easy to believe.

At this point in his career, Howard’s most important contribution to a team might be his expertise and mentorship.

He is not able to be as physically strong or commanding as he once was but he can certainly impart wisdom to Wiseman.

It is surprising to not see Howard on an NBA team right now.

He could add a lot to a team for a small salary.

If he doesn’t get attached to another team, Howard has said he may retire or perhaps pursue a professional wrestling career with the WWE (yes, really).

Howard wants to keep playing – and teaching – but it remains to be seen if a team will let him.

The Lakers Had Smooth Moves During Tough Loss

The Timberwolves Get Some Bad News

The Clippers Will Keep Fighting Without Their Best Player

One 76ers Star Isn't Showing Up

Kristaps Porzingis Had A Career Night On Monday

The Jazz Have Fallen Far In A Short Amount Of Time

Pacers Rookie Is Talking The Talk

The Celtics Are Still Going Strong