You are here: Home / Sports / NBA / Donovan Mitchell Is Comparable To An NBA Legend 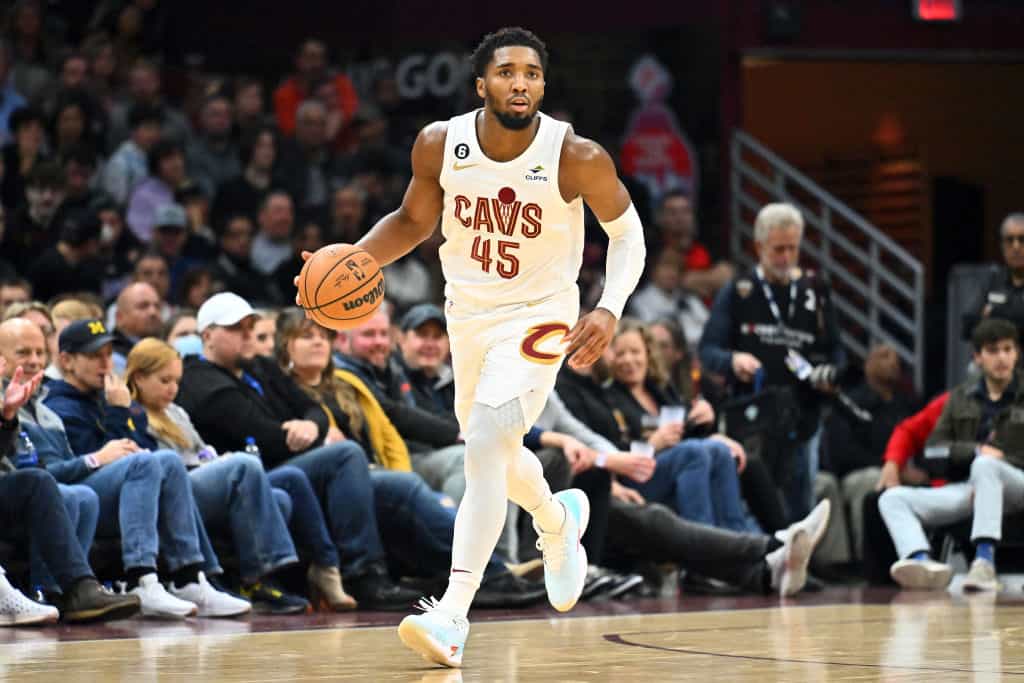 It’s crazy to think that some people were wary of the Cleveland Cavaliers signing Donovan Mitchell during the last offseason.

Believe it or not, there were those who thought that it might not have been the right move and that maybe Mitchell wouldn’t fit in with the young and promising roster that was already established in Cleveland.

Those people were obviously wrong.

Mitchell is having the best season of his career and has become a centerpiece of the Cavaliers, who are doing better than they have in years.

Left is Donovan Mitchell this season. Right is MVP Kobe.

He’s playing so well, in fact, that he can be compared to none other than Los Angeles Lakers icon Kobe Bryant.

Being in the same league as Bryant is a huge honor and producing similar – and even better – numbers is even more amazing.

So, why aren’t more people talking about Mitchell as a possible MVP?

Perhaps it’s because the field is so crowded right now, with other guys like Luka Doncic, Giannis Antetokounmpo, and Jayson Tatum playing lights-out basketball night after night.

But Mitchell should certainly be part of the conversation.

It feels like Mitchell is becoming only more comfortable with the Cavaliers and is actually getting better as the season goes on.

That means that he could be doing even more incredible work by the time the postseason rolls around.

Speaking of the playoffs, everyone is wondering what Mitchell and his Cavaliers will be capable of this year.

They are poised to make some serious noise for the first time in a long time, and Mitchell is a huge part of that.

The NBA Honors Darius Garland On His Special Day

Cavaliers Big Man Is Having A Stellar Second Season

Evan Mobley Had A Big Night On Saturday

Isaac Okoro Is Gradually Improving For The Cavs

Donovan Mitchell Says His Teammate Should Be An All-Star

Darius Garland Has Turned It Around After His Early Struggles

Is Malik Beasley A Good Trade Target For The Cavaliers?

Isaac Okoro Has Stepped Things Up For The Cavs

The Cavaliers Were Led By Their Big 3 On Thursday

Ricky Rubio's Return Not Enough To Make The Cavs Contenders

The Cavaliers Get Great News About A Returning Vet

Donovan Mitchell Had A Very Positive Return To Utah

Would It Make Sense For LeBron James To Return To The Cavs?

Would Tim Hardaway Jr. Be A Good Addition For The Cavaliers?

Donovan Mitchell Comments On His Return To Utah

Donovan Mitchell Is Comparable To An NBA Legend