You are here: Home / The Cold Spotlight / Does Walmart Make Keys? (2023 Updated) 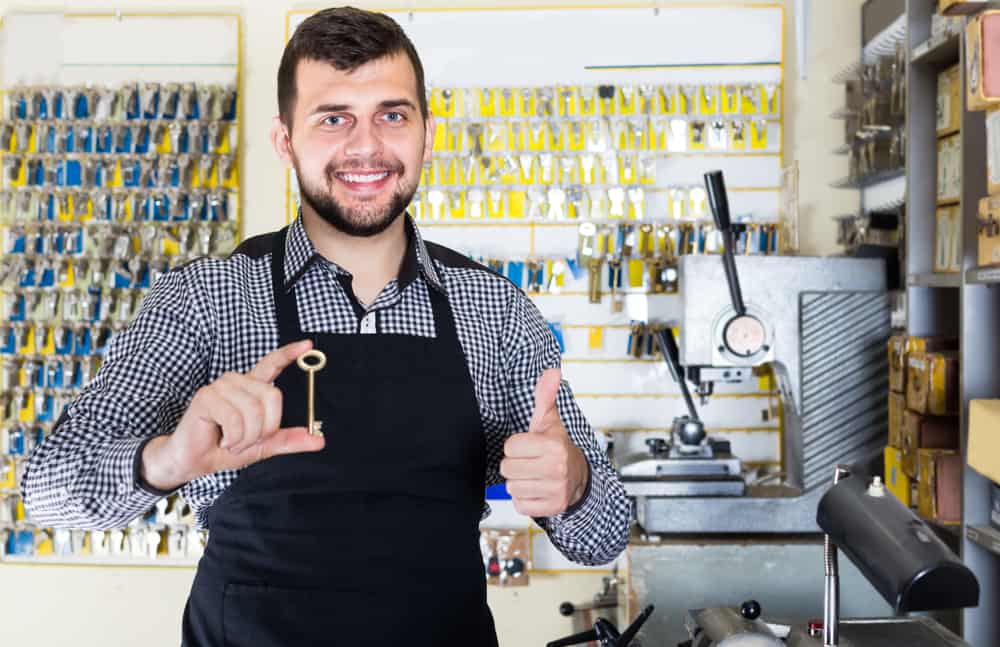 Sam Walton opened the first Walmart in Arkansas in 1962 to help people save money on everyday goods and services.

Walmart offers some cool tech-related services that weren’t around when the store began in the ’60s.

However, people still need simple services, like making an extra key for a house, car, trailer, boat, vacation home, Airbnb, or for another reason.

But, can you make a key at Walmart? 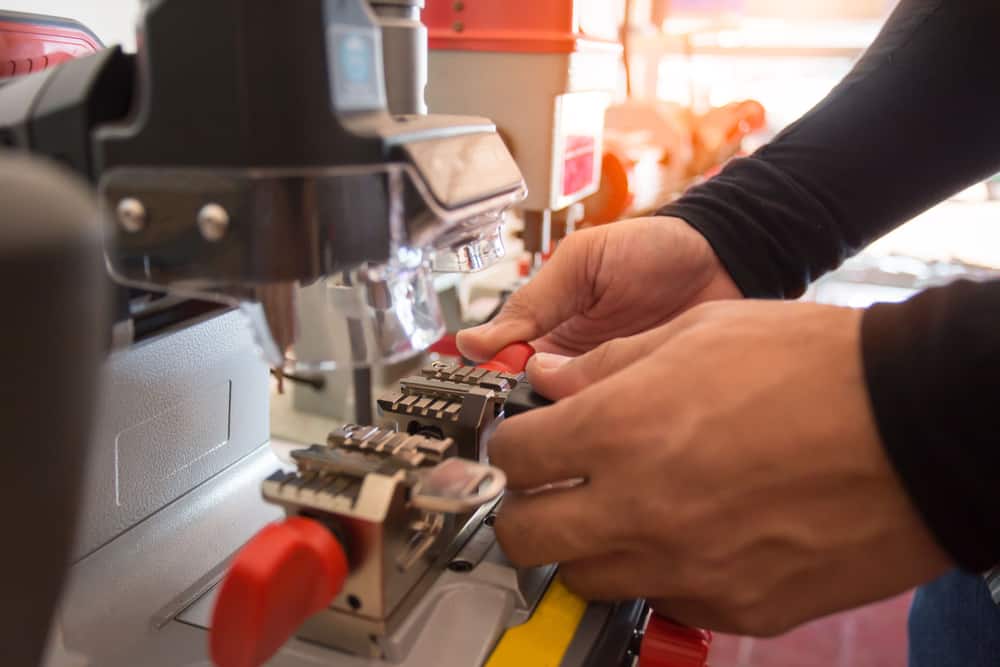 Yes, Walmart customers can make their own duplicate keys with an existing key.

The only exception is for keys that are clearly labeled, “Do Not Duplicate Keys.”

These types of keys are protected for security clearance reasons or for special uses like prisons, institutions, and other high-security areas, armored vehicles, heavy construction vehicles that require a special license to drive, and the like.

There are key duplication pop-ups called MinuteKey kiosks within most Walmart stores.

It’s best to call the store nearest you to verify that it has a key-cutting service before you go.

That way, you can look for alternatives if you live near the rare Walmart that doesn’t offer this simple service.

Also, if you’re trying to duplicate a car key with a microchip inside, you won’t be able to make a copy of it at one of Walmart’s key kiosks.

Those keys must be retrieved from a car dealership or a special service center that deals with computerized keys.

More and more keys have computerized components these days, so if it isn’t a simple house key, you may need to visit another provider to duplicate it.

What Type Of Key Do I Need? 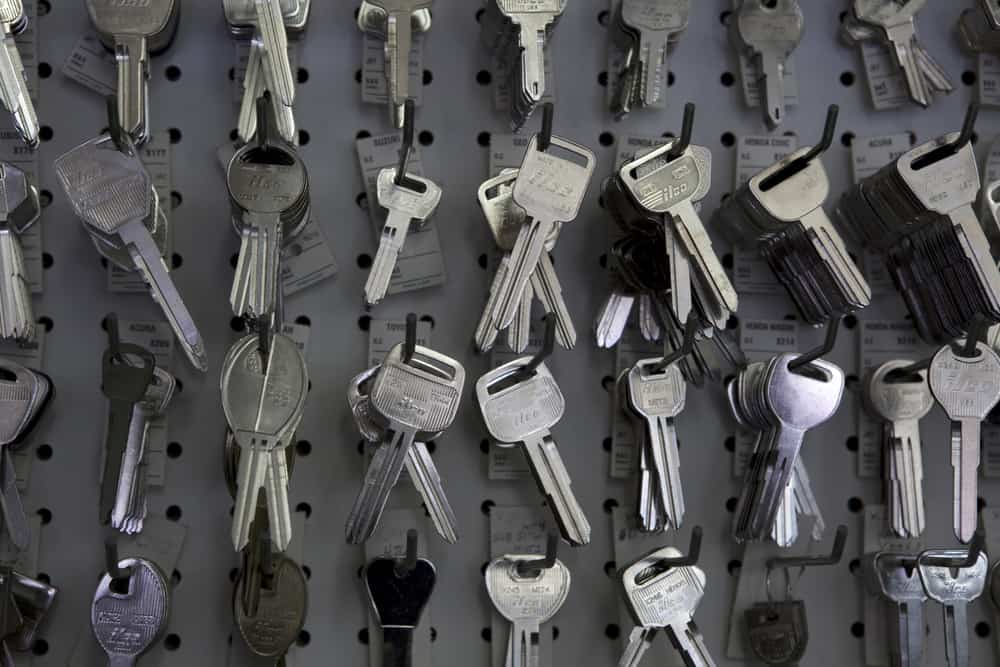 There are around ten different key types:

What’s The Cost For Key Duplication At Walmart? 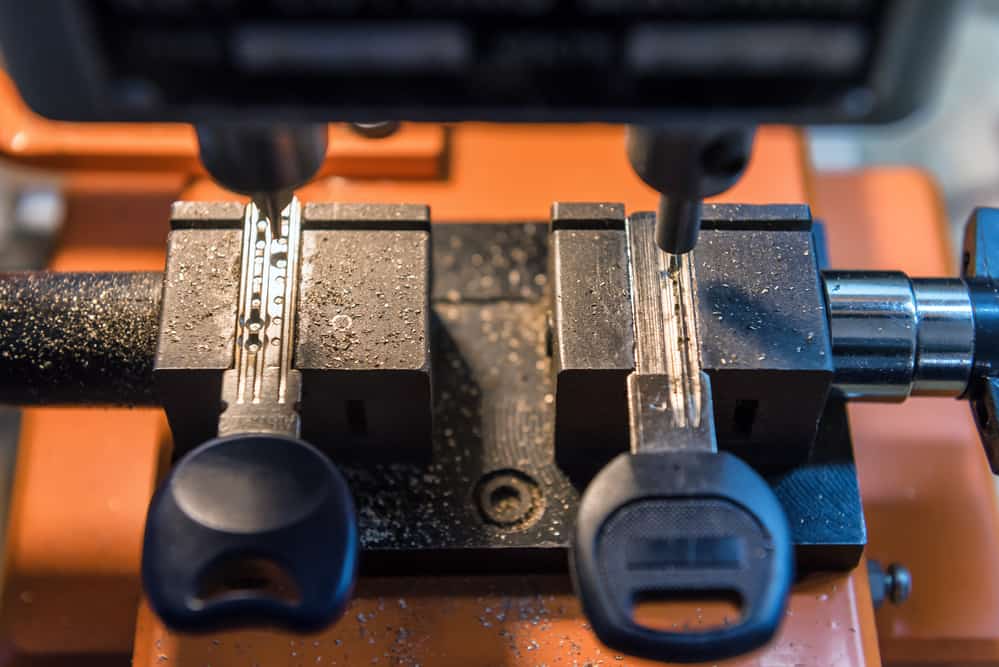 Key duplication is beyond affordable!

The cost for key duplication ranges from $2 to $12 at Walmart, depending on the type of key you need to make, and the duplicate key type you choose.

Some keys offered for purchase are colorful so that they stand out from other keys on your keychain.

Some keys are the typical silver, bronze, or gold color, but you can purchase slip-on key tags or differentiators to keep all the keys on your keychain from becoming a jumbled, confusing mess.

The head of the key might be a different shape, too, than the original, with an oval, squared, or rounded edge on top.

As long as the teeth of the key are cut to be the same as the original, you should be able to open the intended lock or door. 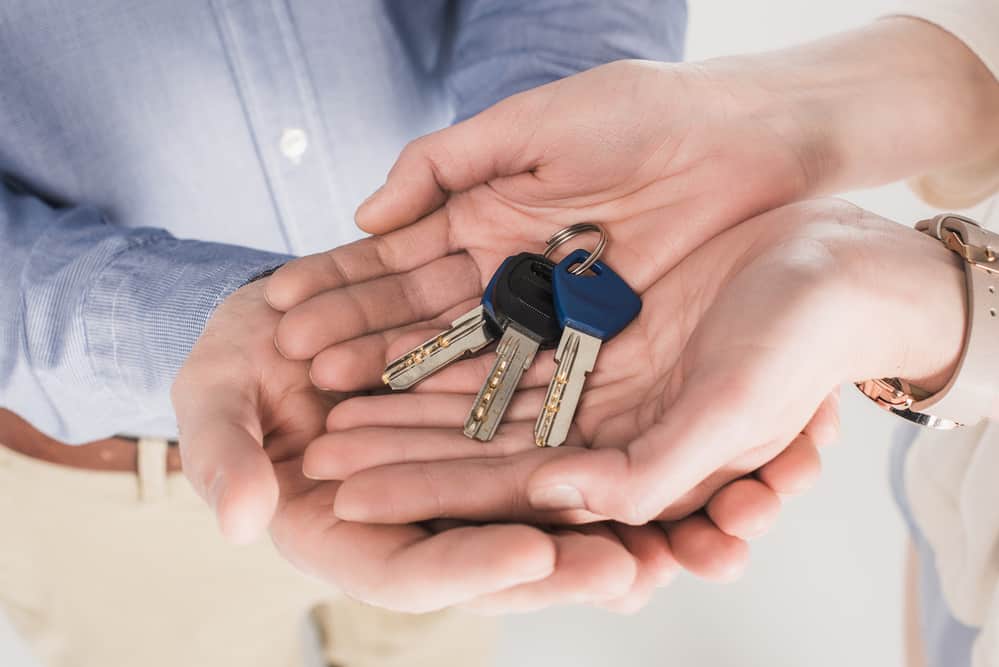 There are many reasons people need extra keys from Walmart.

The most common one is to avoid having to call a locksmith.

Lockouts can be very inconvenient, especially in inclement or extreme weather or if you live or work in a remote area.

Most people can also think of other things they’d rather spend several hundred dollars on.

How Much Time Does It Take To Get A Key Made At Walmart? 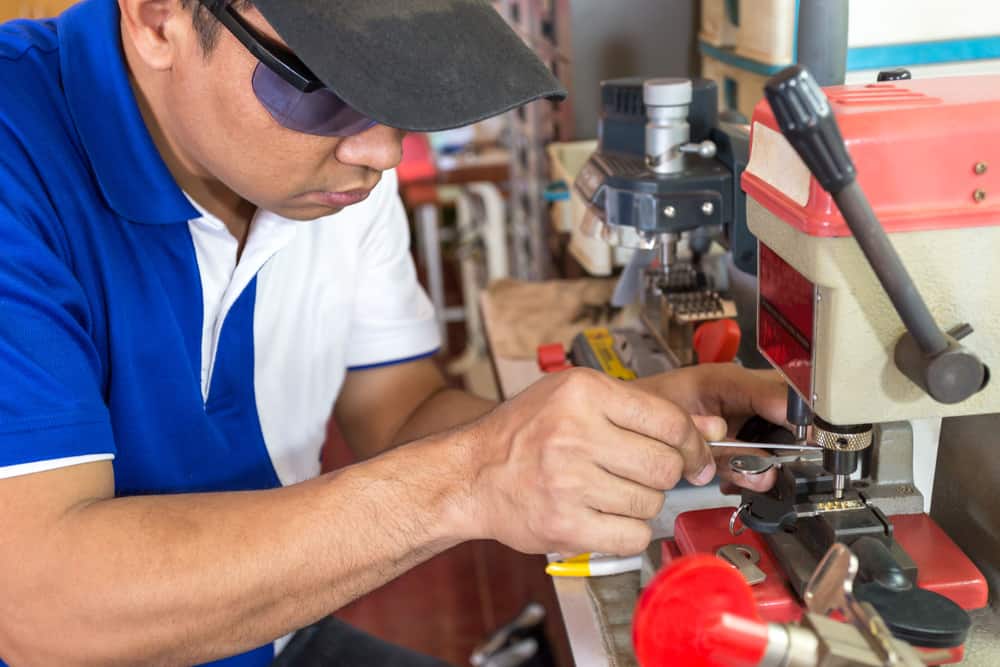 If you head to a Walmart in a busy city during peak hours, you’ll spend more time waiting in line than actually getting your key made.

If you time it just right, though, it takes less than three minutes to cut most keys.

If you’re really pressed for time, you can schedule your key cutting while you shop for other household items or groceries so that you can multi-task.

Walmart’s sales associates at the key kiosks are more than happy to help make your keys while you purchase dinner or even get your tires rotated at a Walmart that also has an auto service center.

Does Walmart Guarantee That A Duplicate Key Will Work? 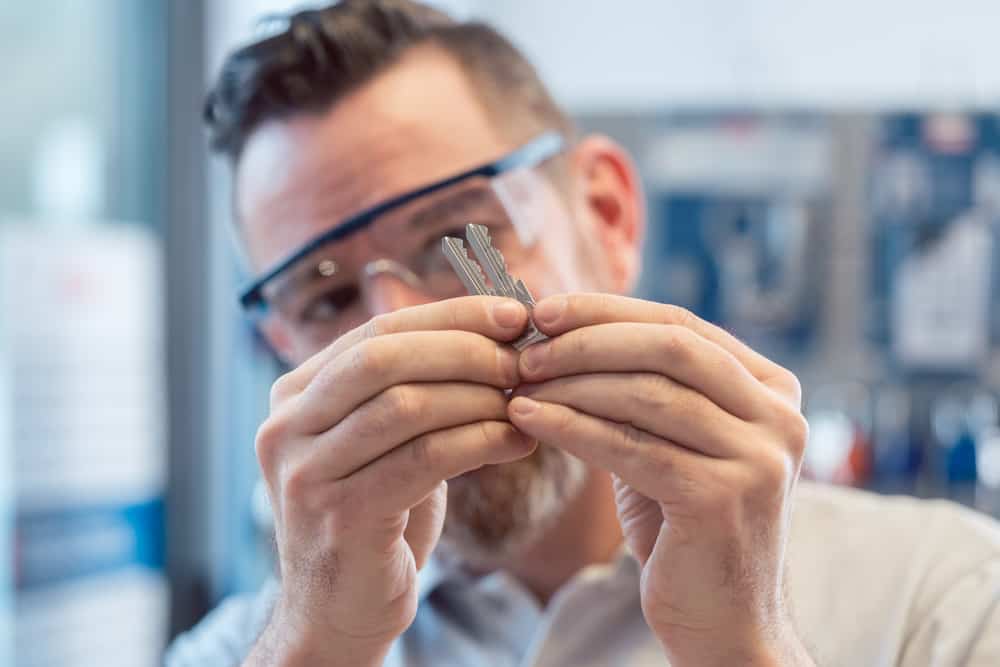 There are instances when you get a key made and it doesn’t quite fit the lock of the house, office, boat, or car that it was meant to open.

Walmart will either give you your money back or try making the key a second time from the original.

When a duplicate key made at Walmart or another hardware store doesn’t work, it’s usually for one of the following reasons:

Why Choose Walmart Over A Hardware Store For Making Keys? 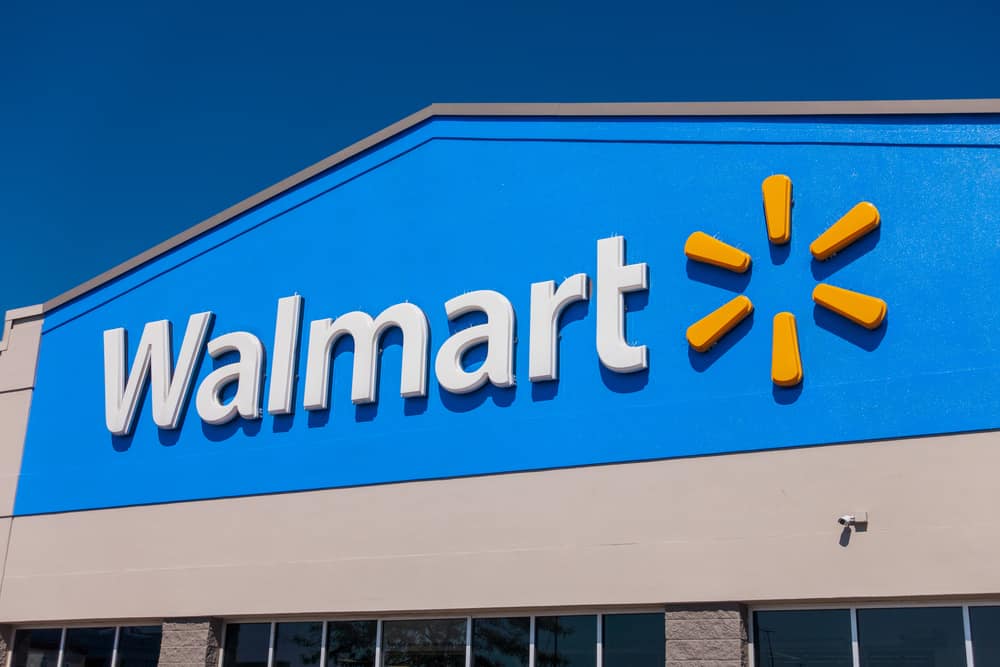 If you want VIP service and the assurance that your key will fit your lock exactly when you make a duplicate, you can entrust a locksmith to make your key.

There are both drawbacks and benefits, though, in comparison to getting your own keys duplicated at a store:

Summing It Up: Why Make Keys At Walmart?

You can choose a locksmith, go to a hardware store, or another store like Walmart to cut a new key, but Walmart’s key cutting services are ideal for roughly 95% of your key duplication needs.

Spending a few extra minutes getting a key cut while you shop for groceries or get your tires rotated the next time you’re at Walmart could mean saving you tons of time, money, and frustration should you lose your keys or accidentally lock yourself out of your home, office, or car.

Making an extra key for yourself and hiding it somewhere discreet or making copies of keys and giving them to a trusted friend or relative who lives close by is an insurance policy should you ever need to get into your home or car because you don’t have your keys for some reason.

Getting extra keys can also be useful if you need to let people other than your immediate family into your home, such as friends who are house sitting or pet sitting while you’re on vacation.

Giving an extra key to maid service, yard service, handyman, or another service provider that you trust can also save you time and frustration if you won’t be home when they are working in your house or yard, or if you are running late and don’t want to make them wait for you while you’re stuck in traffic or picking your kids up from school.

You can always call a locksmith if you lock yourself out of your home or car, but making a phone call to a friend or neighbor with whom you’ve left a backup set of keys is free.

A locksmith is going to cost hundreds, though, instead of the few dollars it will take you to make an extra key or keys for yourself and a family member or trusted friend.

You can also return the favor and hold a set of keys for your friends, children, or neighbors so that you all have an insurance policy should one of you ever misplace your keys.

Having an extra set of keys will also save you valuable time, and prevent the inconvenience of waiting if a locksmith isn’t immediately available where you live or work.

In brief, getting keys duplicated is a smart way to ensure entry into your home or vehicle, even on those days when you’re pulling your hair out, screaming, “Where’d I put my keys?”