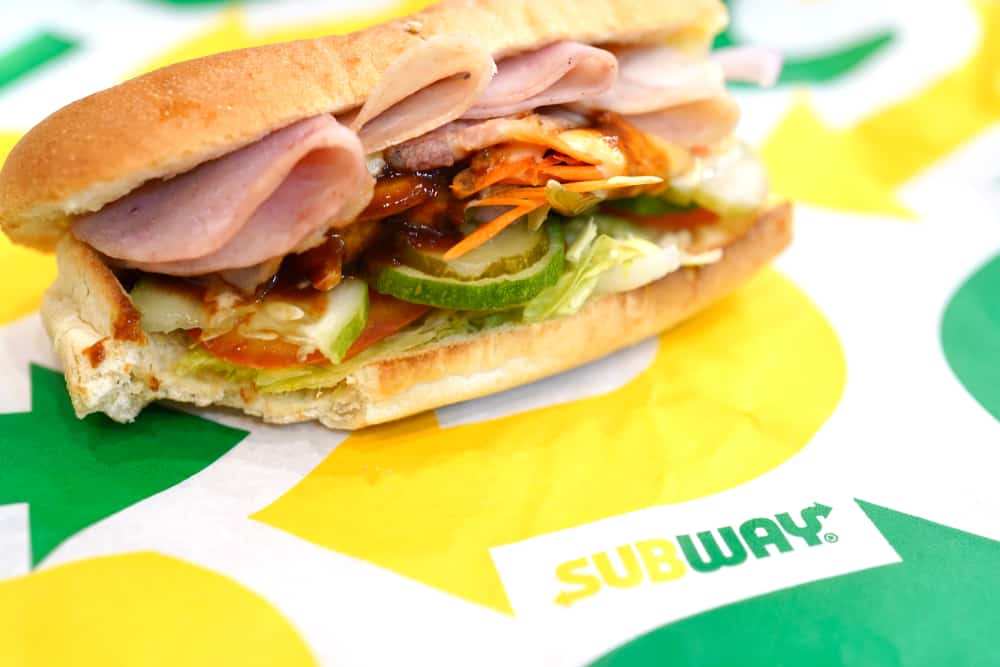 You might be excited to start using Apple Pay, but you’re unsure of which companies take it.

After all, using Apple Pay can help a lot if you forget your credit card at home!

Though Apple Pay is increasing in popularity, not every business takes it.

If you are a Subway fan, you might be wondering if they take Apple Pay. 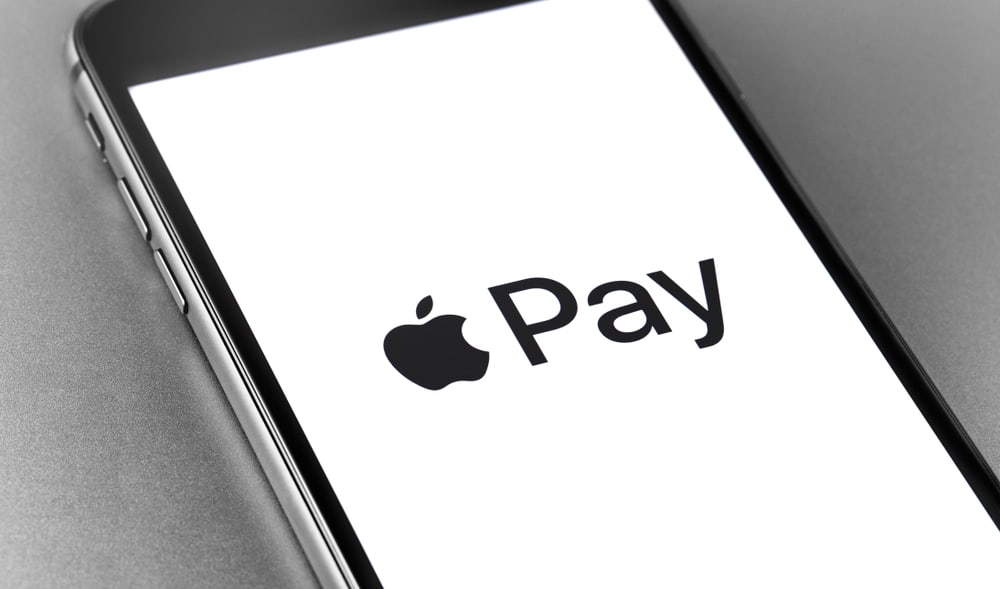 In order to pay with Apple Pay, you will need an Apple device that has Apple Pay installed.

After you set up your Apple Pay, you will be able to scan your device at the counter to pay for in-store purchases.

If you are ordering from the mobile app on a device with Apple Pay, you will be presented with the option to pay via Apple Pay.

This is also true if you are ordering the website, as long as your order is made on a computer with Apple Pay enabled.

Can I Use Apple Pay On The Subway App?

Yes, if you are using the Subway app to purchase food on your Apple device, you can use Apple Pay to make your purchase.

In order to do this, you will have to have already set up Apple Pay on your phone.

Can I Use Apple Pay On The Subway Website? 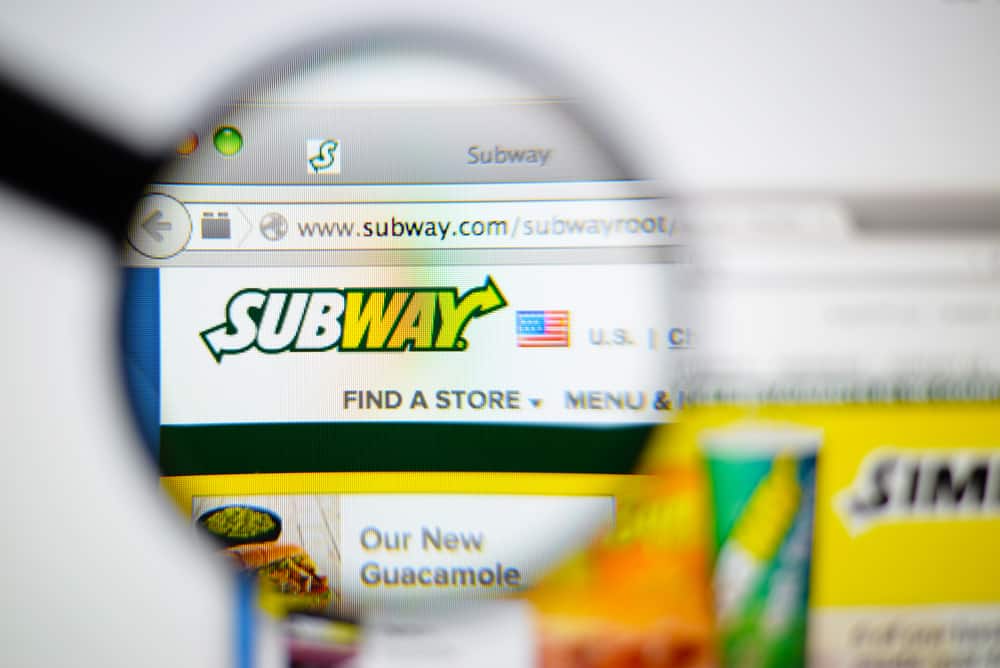 If you are ordering Subway off of the Subway website and you have to be placing your order on a Mac that is enabled with Apple Pay.

If you are using a Mac enabled with Apple Pay, you first want to make sure that Apple Pay is set up on that device.

Once you have met those requirements, you should be presented with the option to use Apple Pay when ordering on the Subway website.

How Can I Use Apple Pay At Subway?

1. Get A Compatible Device 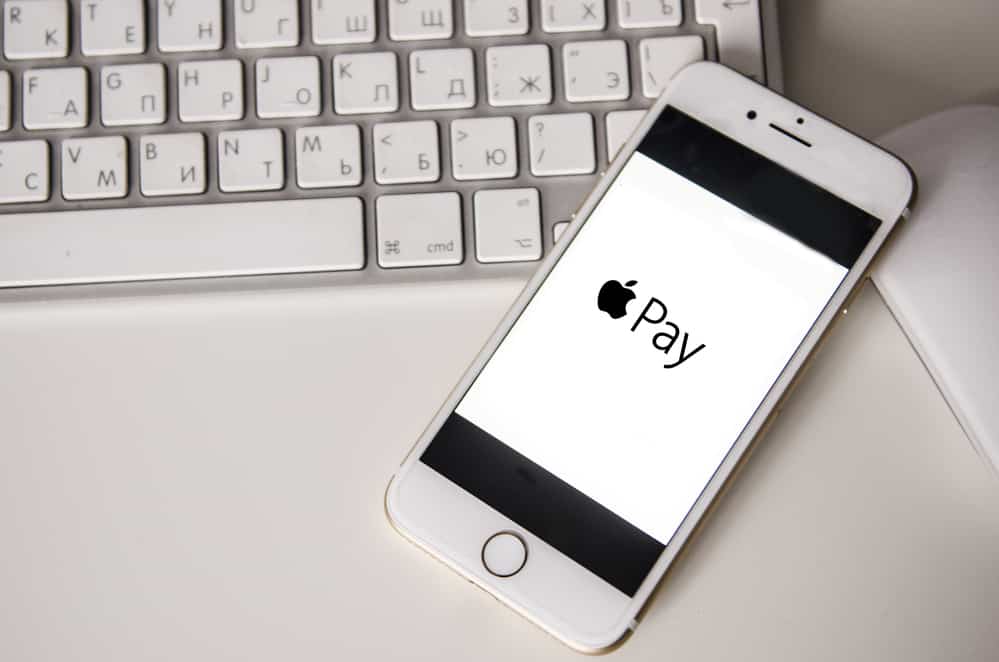 If you want to use Apple Pay at Subway, the first thing you are going to want is an Apple device that is Apple Pay compatible.

Apple Pay is going to require you to have an Apple device.

There are three types of Apple devices that you can use with Apple Pay: iPhones, Apple watches, and Mac computers.

However, at Subway, you will only be able to use an iPhone or Apple Watch if you are paying at the counter.

If you are ordering online and picking up at the store, then you can use Apple Pay on your MacBook computer. 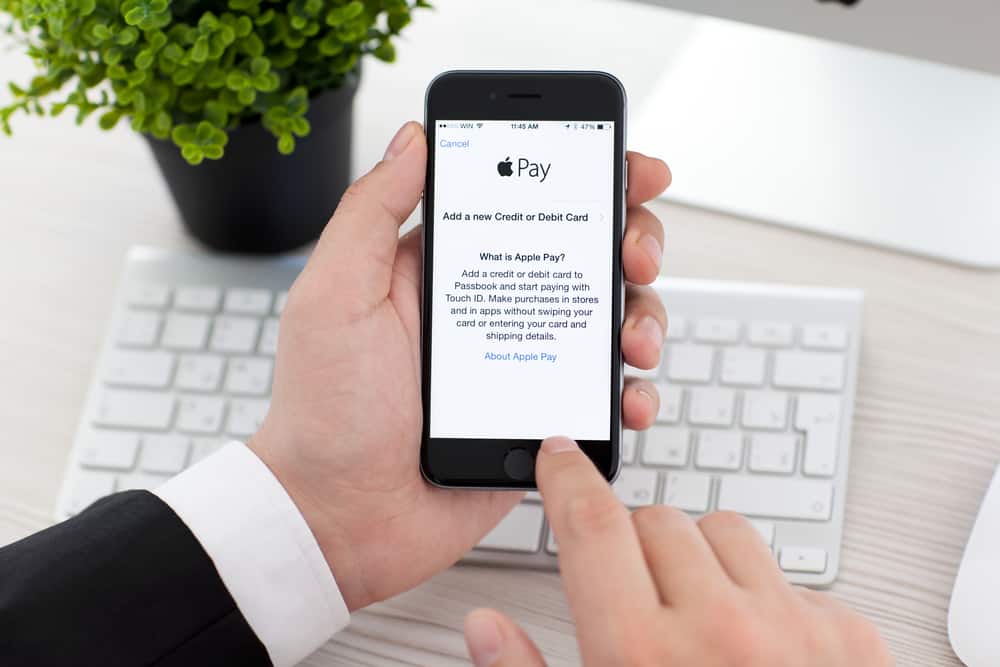 Once you have a device you want to use, you are going to want to set up Apple Pay on your device.

It is important to do this before placing your order!

Setting up Apple Pay can take some time, so you do not want to do it while others are waiting behind you in line.

Here Is How To Set Up Apple Pay On An iPhone:

2. Choose which type of card you are adding: Debit or Credit

Here Is How To Set Up Apple Pay On An Apple Watch:

2. Bring your watch and iPhone close together.

3. Open the Apple Watch app on your iPhone.

5. Tap “add” next to the card you want to add to your Apple Watch. 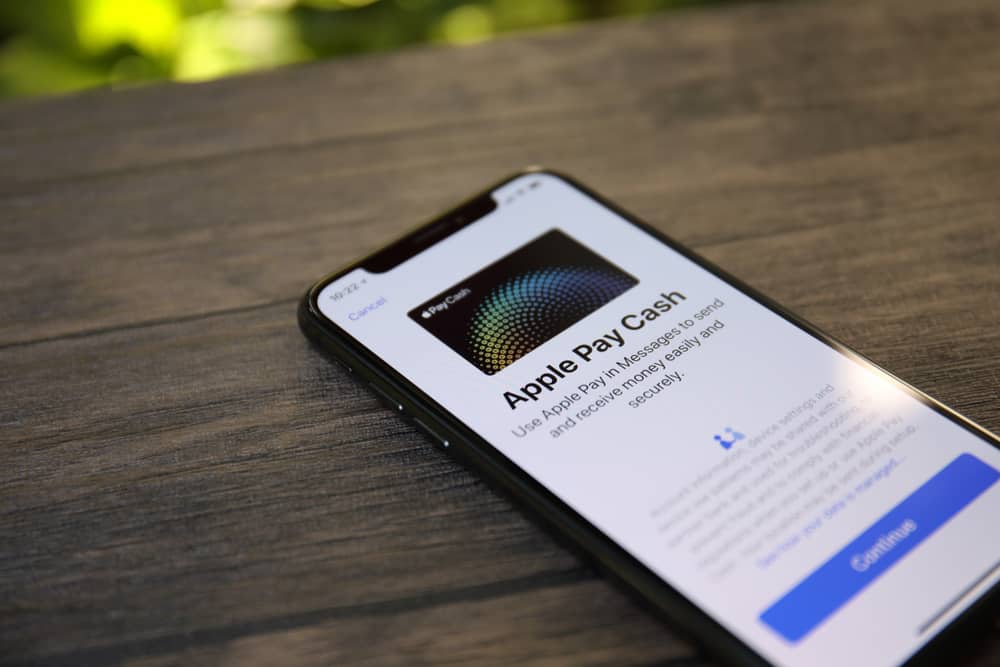 At the end of your order when it comes time to check out, tell your cashier that you want to use Apple Pay.

This can be confusing the first time you do it, but as you use Apple Pay more, it will become second nature!

Simply search for the Apple Pay logo on the payment device.

The Apple Pay logo is a picture of an apple with the word “Pay” next to it.

If you are paying with your phone, hold the phone next to the contactless symbol.

Your phone will automatically detect that it is next to a payment device.

It will prompt you to press the side button of your phone twice.

After you press the button twice, you will either use FaceID, your fingerprint scanner, or your phone’s passcode to make the payment.

It is the same process if you are using your Apple watch to pay.

You will hold the watch up to the device.

Your Apple Watch will detect that you are trying to make a payment.

You simply press the side button to approve the payment.

That is the process from beginning to end!

What Credit Cards Does Subway Accept? 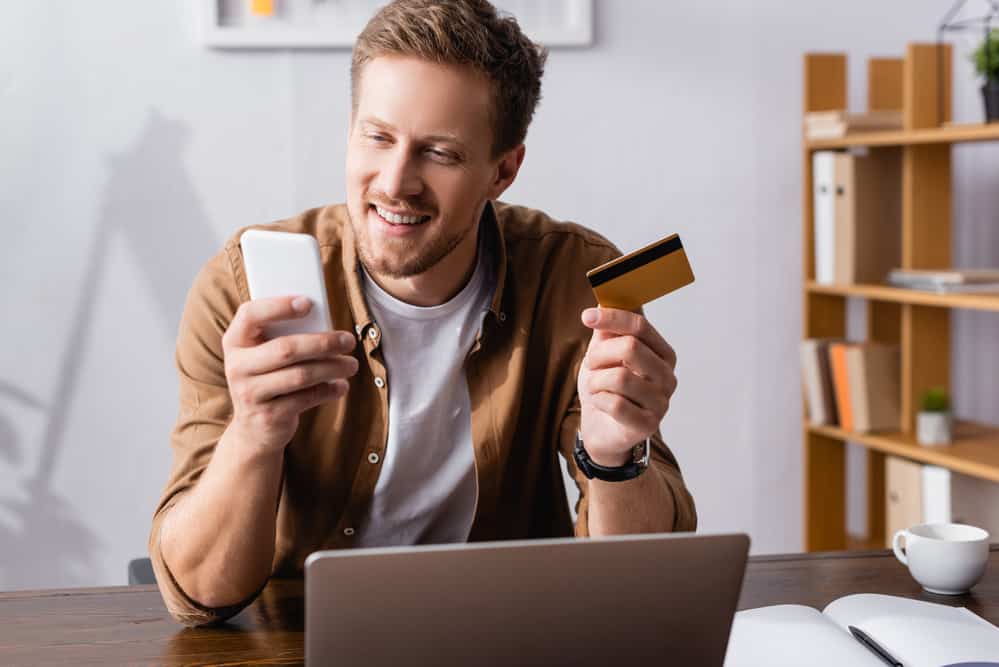 Many people use Apple Pay as a contactless method for paying with their credit cards.

Subway has the capacity to take Apple Pay, but which credit cards does it accept?

These are the typical cards accepted across the US at most locations that accept credit cards. 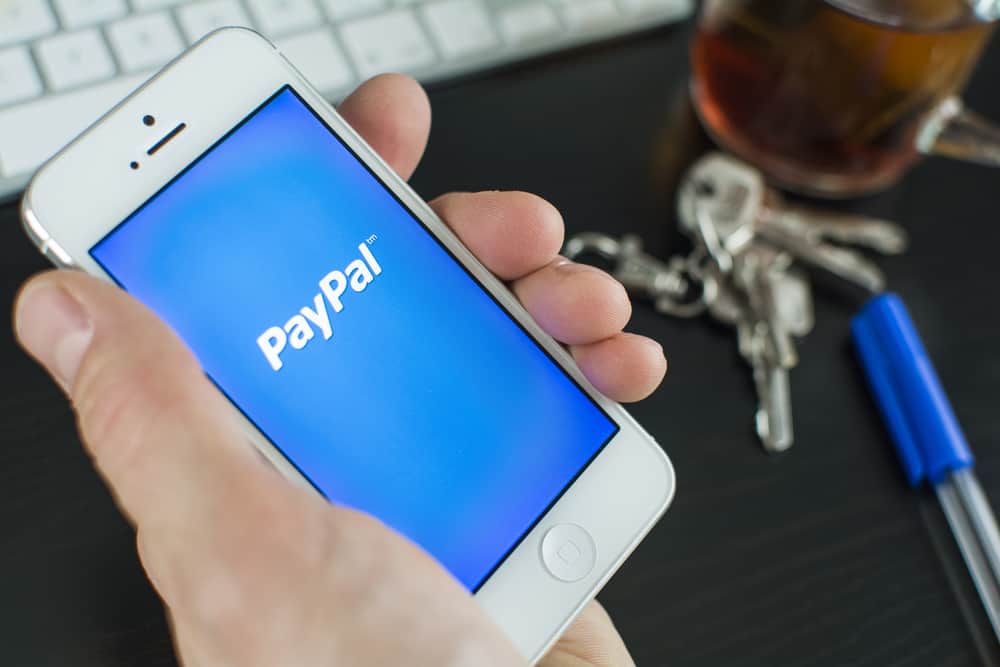 PayPal is another popular form of electronic payment that doesn’t require you to carry around a card.

Fortunately, Subway does accept PayPal as a form of payment.

You can use PayPal when placing orders online through the Subway website.

If you order Subway on their mobile app, you should also be presented with the opportunity to pay via PayPal. 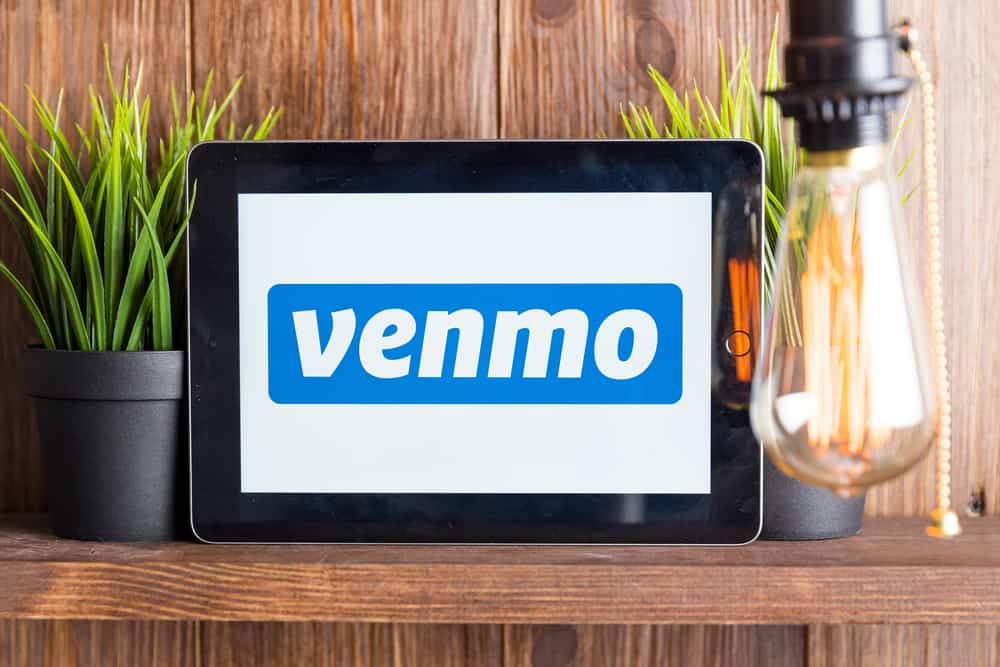 If you have the Venmo credit card, you can use it anywhere that Mastercard is accepted.

This means you can pay with the Venmo credit card at Subway.

Another way to order Subway with Venmo is to order through a delivery service like DoorDash, GrubHub and Uber Eats.

These delivery apps allow you to split the bill with your friends using Venmo.

Should I Tip At Subway? 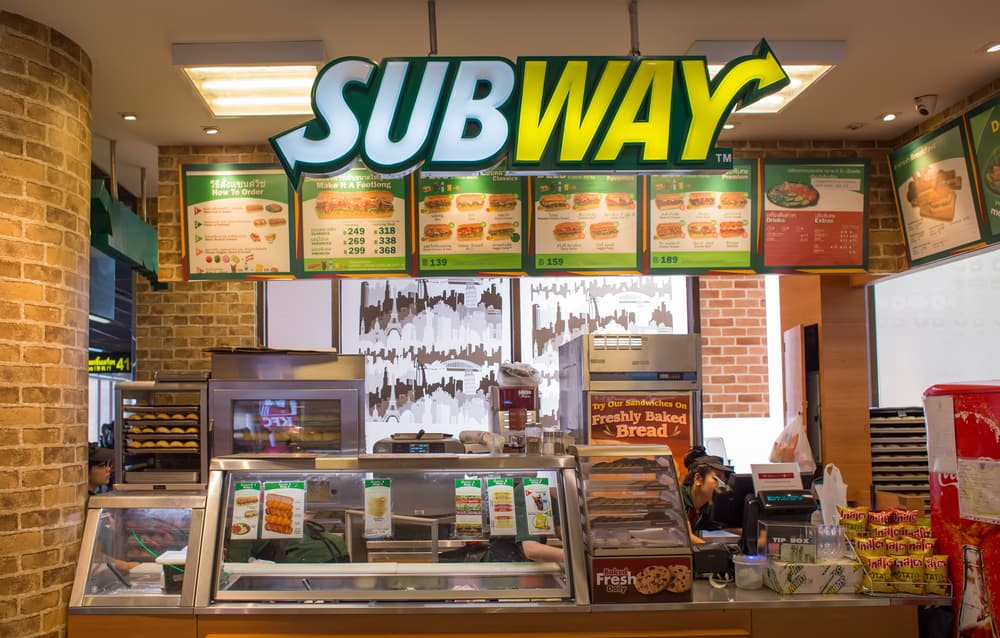 When you go to pay, you are often provided with an option to tip.

It can be confusing to figure out where you need to tip.

For example, both McDonald’s and Taco Bell have company policies against tipping.

Ultimately, whether you should tip at Subway comes down to a matter of opinion.

Some people feel it is best to always tip, while others feel that it is only in certain cases where a tip is needed.

For example, if you order many sandwiches right before closing, it would be nice to tip because of the inconvenience your order causes the worker.

However, if you are just getting a simple sandwich, you aren’t required to tip.

Where Else Can I Use Apple Pay? 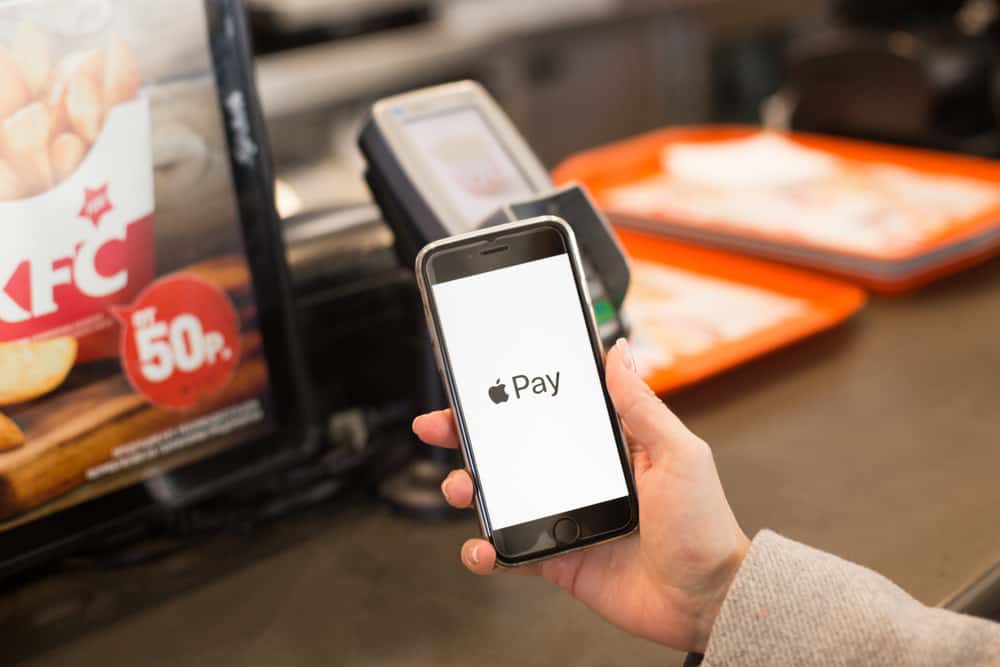 Here are some major stores that use Apple Pay:

You can also use Apple Pay at several different restaurants.

Here are a few places you can buy food with Apple Pay:

Is It Better To Pay With Apple Pay Or A Credit Card? 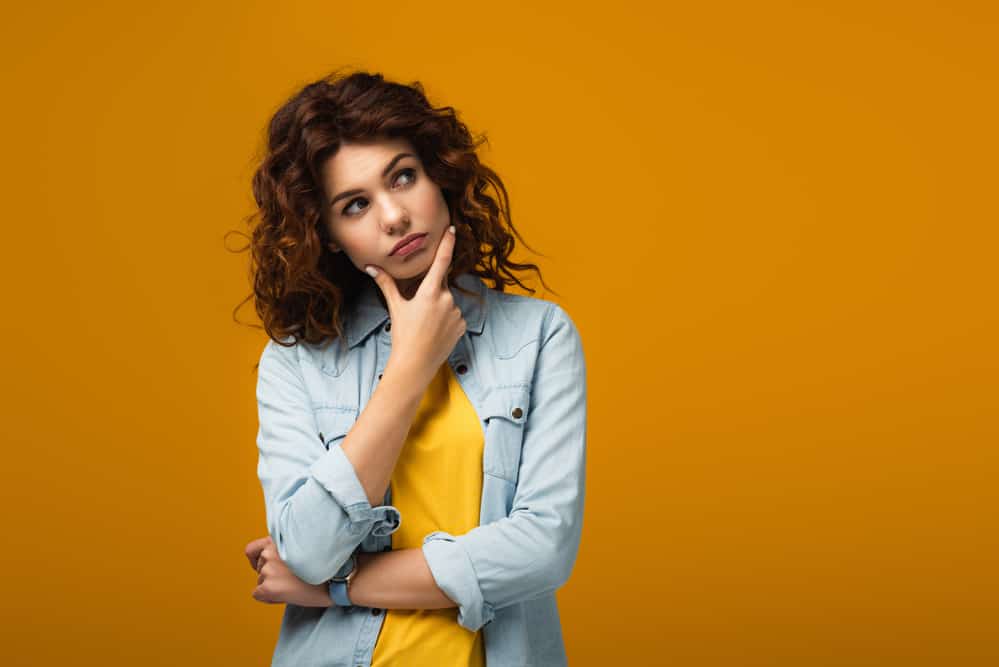 You might be wanting to use Apple Pay, but you are still unsure about what the best payment method is.

Whether you should pay with Apple Pay or a credit card is a matter of preference.

However, Apple has made a couple of arguments about why it is actually safer to pay with Apple Pay than with a credit card.

In most cases, it is actually faster to pay with Apple Pay.

Chip cards require you to insert the card into the machine and then wait as it is processed.

You often have to wade through a series of screens in order to make a payment.

This is something you immediately notice the first time you use it.

You simply click the side of your phone twice, scan your face, and in seconds, the payment is done.

It’s also more convenient because you don’t have to shuffle around in your wallet to find your card.

Let’s be honest: most of us carry our phones in our hands at all times, so usually, your payment method is at the ready.

Everyone knows the three things you have to check before you leave the house: phone, wallet, and keys.

However, if your phone is your wallet, this cuts down on how much you need to carry with you!

Additionally, if you have a keypad on your front door, you can leave the house with just your phone and have everything you need!

This might be surprising to some people, but Apple Pay can actually be more secure.

Credit cards can be stolen and huge bills can be wracked up on them!

When you pay with Apple Pay, the merchant never learns your credit card number.

This is because Apple Pay creates a unique code every time you pay.

Even if your phone was stolen, the thief wouldn’t be able to make purchases without your passcode, fingerprint, or Face ID.

Because it requires Face ID, fingerprint, or passcode, and because of the unique code required, it is almost impossible for anyone to steal your payment information.

Some people might mistakenly believe that you can not get credit card points when you pay with Apple Pay.

This is not true!

Apple Pay works exactly like your credit card—points and all.

Subway Was One Of The First 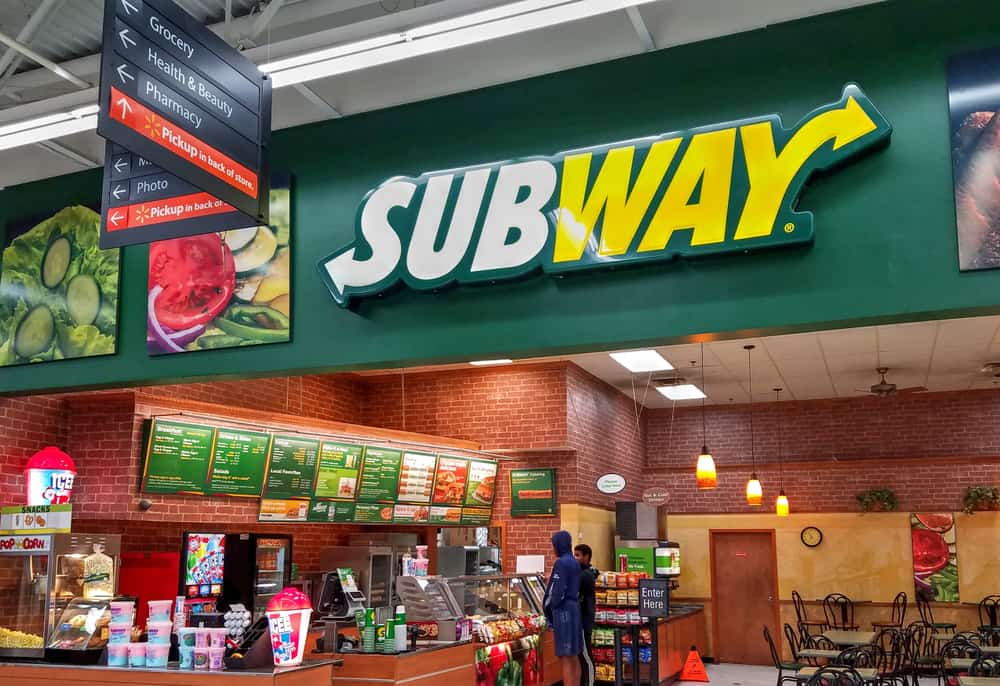 Not only does Subway currently allow Apple Pay, but it was also one of the first fast food chains to implement Apple Pay.

It launched its use of Apple Pay in 2014 when it started its mobile ordering service.

Since 2014, Subway has come a long way in accepting Apple Pay.

Now it is not only used by their mobile app system.

Apple Pay is also available at its store locations.

Subway has also started contactless curbside ordering through the Subway app, which is another way you can order and pay with Apple Pay. 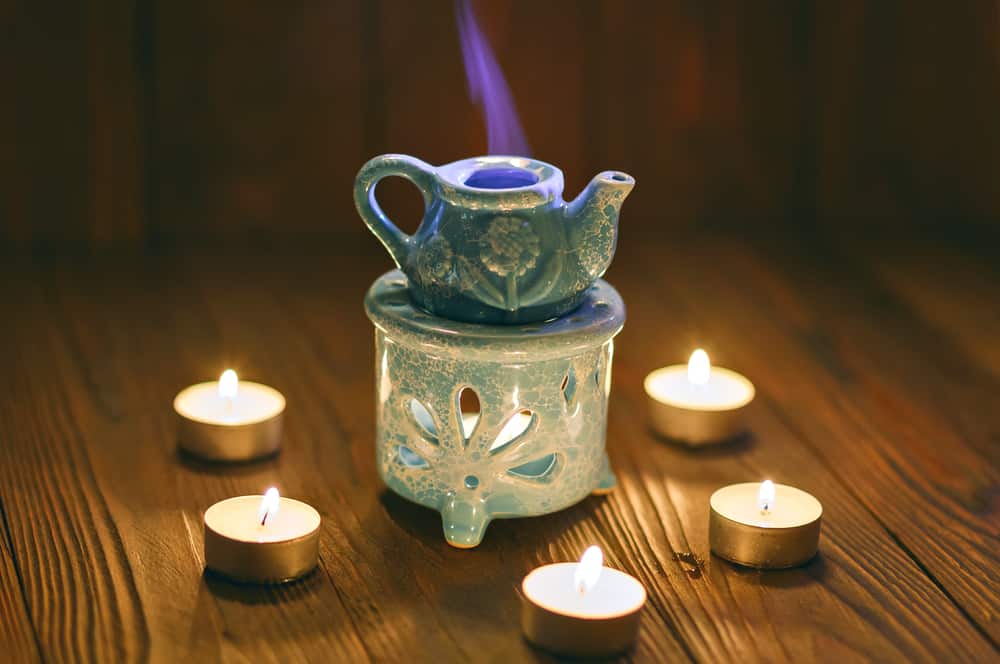 Why Is Scentsy So Expensive? (10 Reasons) 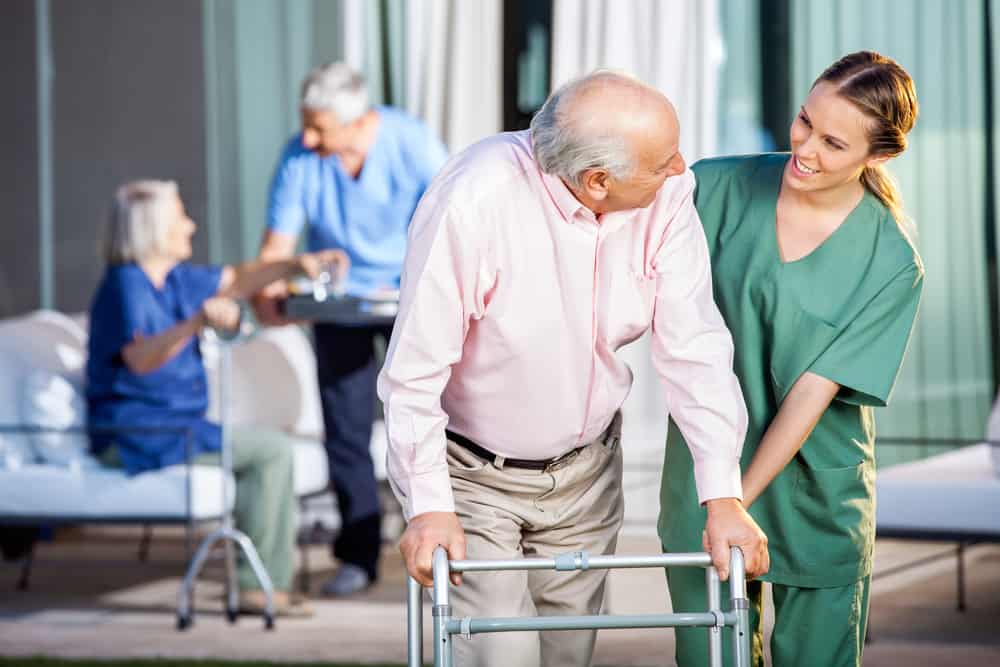 Why Are Nursing Homes So Expensive? (10 Reasons) 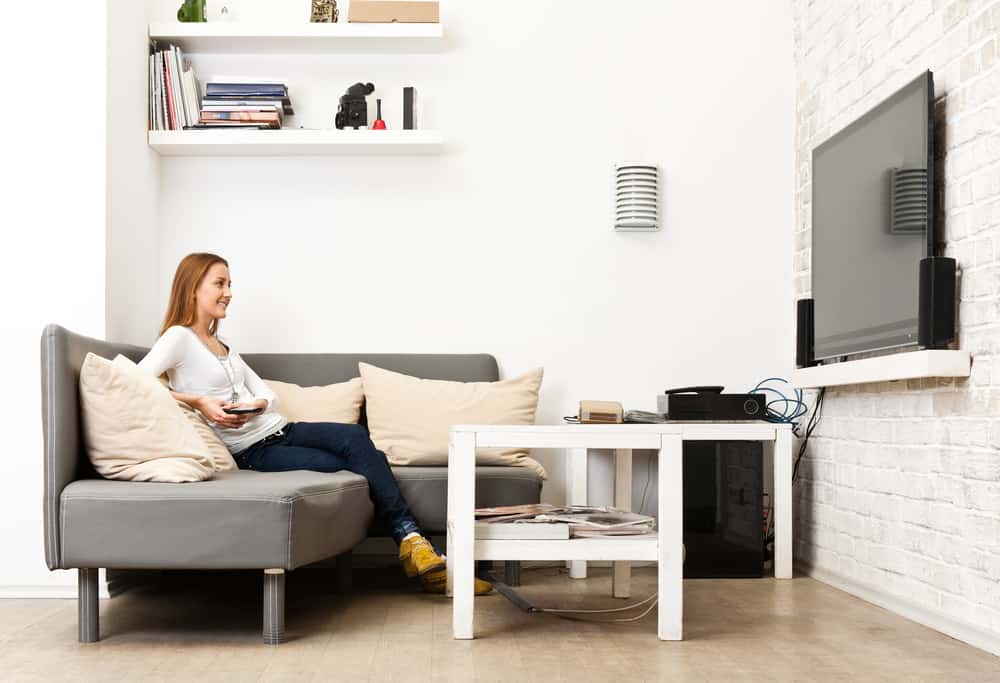