You are here: Home / Cold Hard Facts / Does Minecraft Autosave? (Everything To Know)

Minecraft is a very expansive game, and when you get started with it, you get so immersed that you probably lose track of everything, including saving the game.

Many users argue an autosave feature is necessary to prevent losing their hard-won achievements—and it’s hard to disagree!

However, some players prefer Minecraft not to save their progress from time to time, especially when they’re about to embark on an endeavor.

This way, if something goes wrong and the game isn’t saved, they’ll be able to return to a safe place.

Wouldn’t it be nice if the Minecraft platform had an autosave feature that you could turn on and off, depending on your preferences?

Well, it must be your lucky day because it does!

Continue reading to figure out how to use the autosave option and have fun with the game without further issues.

Does Minecraft Autosave The Games? 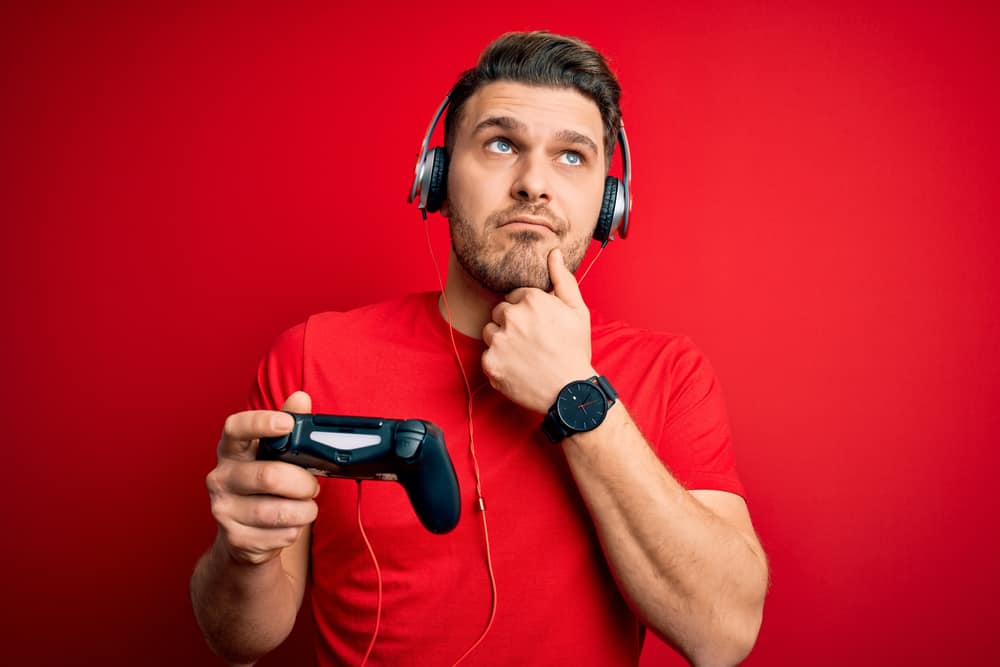 Yes, Minecraft servers are capable of automatically saving the game and world data.

Some versions only do it periodically, and some trigger their autosave feature if the player uses command blocks and deletes something, exits the game, or causes severe damage.

These servers will preserve the game in case a restart, server crash, or power outage occurs.

Minecraft gives you the option to turn the automatic world saves on and off as you desire and even change the frequency manually.

You can do this through Minecraft’s autosave feature or use autosave mods and plugins, which we’ll discuss later on in this article.

How Often Does Minecraft Autosave?

Minecraft’s autosave feature is automatically activated regardless of what platform you’re using.

However, the settings coded in each of them are different in each edition of Minecraft.

There are conflicting reports as to how frequently the game saves itself.

As a rough indication, we can say that it happens anywhere between every few seconds and every five minutes.

However, some console updates have adjusted the autosave time interval anywhere from 15 minutes to two hours.

Vanilla or single-player servers autosaved the games every 45 seconds in version 1.8 and earlier.

Since version 1.9, the time interval has decreased to every 15 seconds.

All in all, you can be sure that autosaves happen regularly regardless of the exact timing, ensuring that you only lose a small amount of work.

How To Disable Autosave In Minecraft 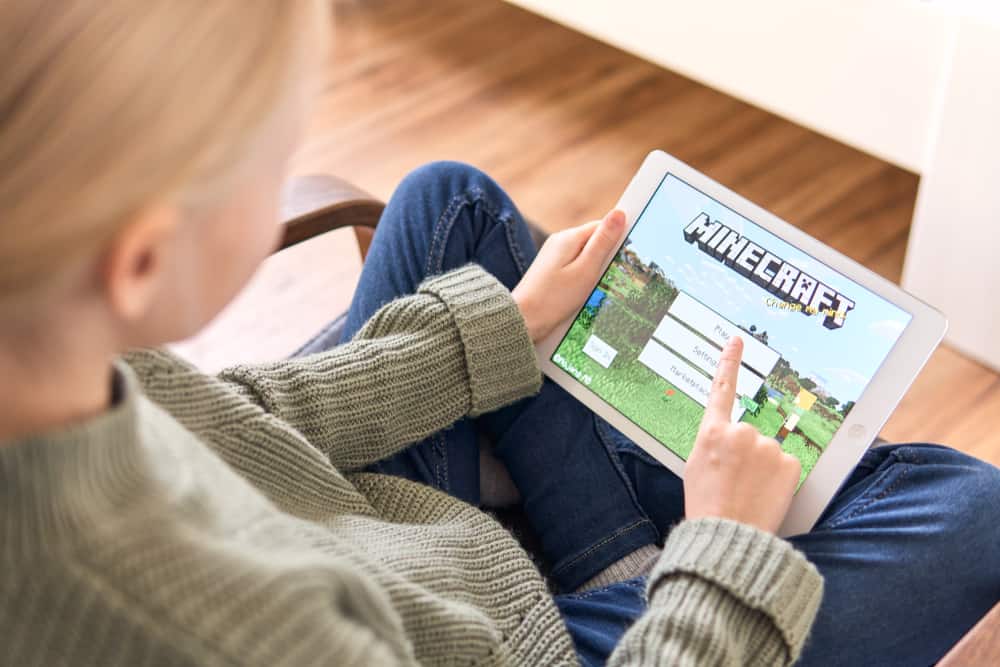 As mentioned before, autosaving is a default feature in Minecraft, and when it happens, you’ll be able to see an autosave message in the chat in most versions of Minecraft.

If you’re interested in turning off the feature, you should get the Multicraft software first.

Look for the Autosave option and uncheck the box next to it to disable it.

How To Turn On The Minecraft Autosave Feature 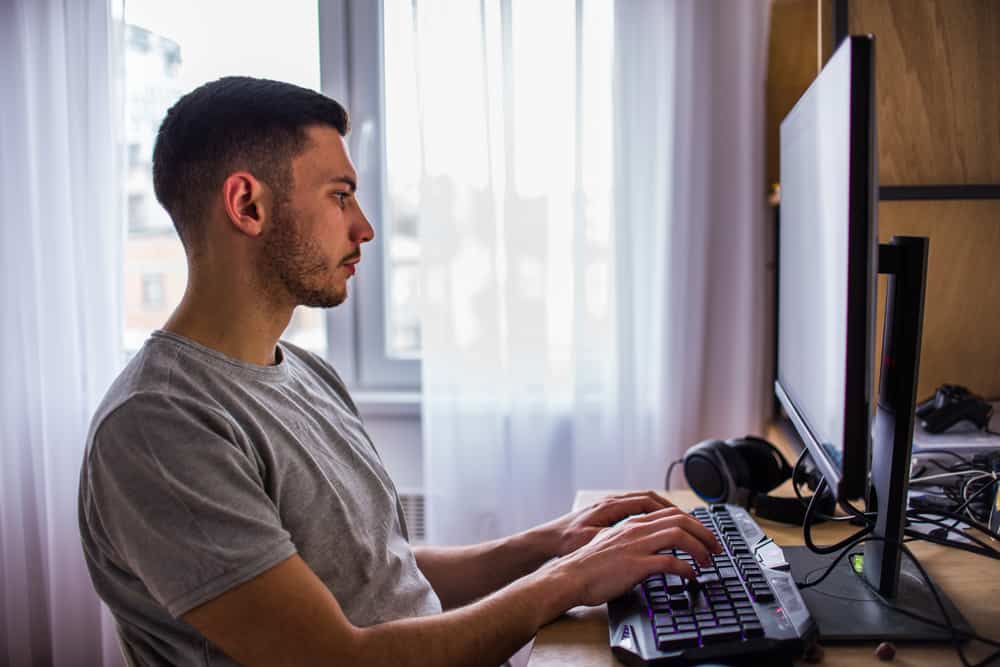 If you’ve disabled the autosave feature before, or if you’re using some of the legacy console versions where the feature is disabled by default, you can still reactivate it.

You have two options:

The first method would be to go back to the Multicraft panel, head to the Advanced Settings section, and tick the autosave box again.

The second option is to attempt to save your game.

The system will then show a notification asking if you’d like to restart the autosave option.

How To Hide Autosave Messages

Suppose you’ve enabled the autosave feature for your system through Multicraft.

In that case, you and all the players on your server will get an autosave message in the chat by default every time the system performs the save automatically.

This repeated message can become annoying after a while.

Luckily, you have the option to turn off the announcement if you want.

Here’s what you need to do:

Note that this process will only hide the announcement on your server chat for other non-OP players.

OP players will still get the message.

How To Edit the Autosave Time Interval In Minecraft 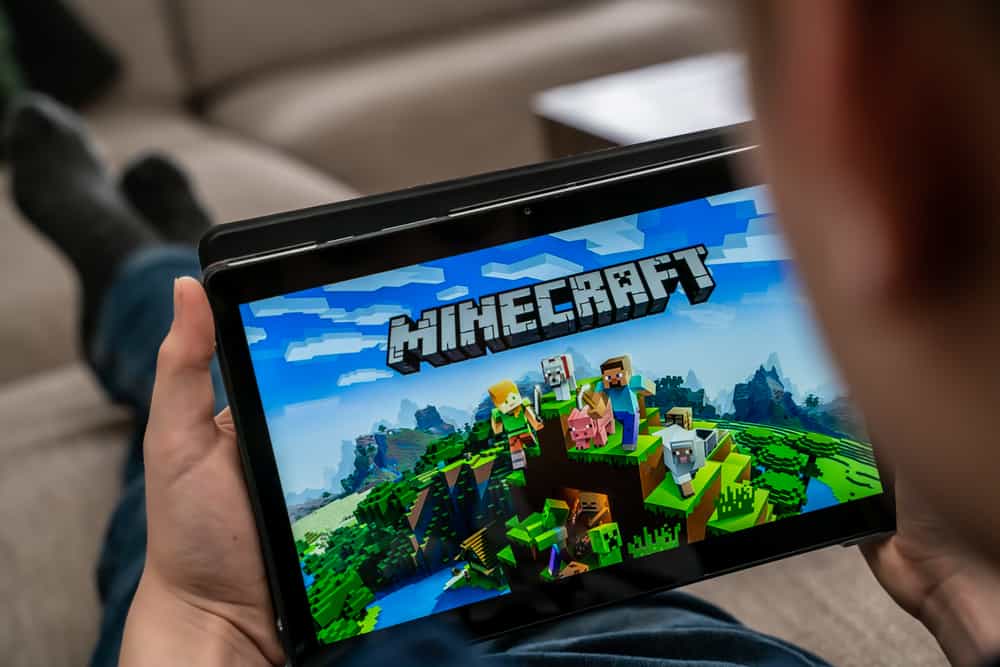 If you’ve downloaded the Multicraft software for disabling the autosave feature, you can also use it to set the time intervals.

Follow along the steps below to disable the feature if you haven’t yet, and then create a Scheduled Task:

You can also use dedicated Minecraft plugins for editing the autosave time interval.

Read on to learn more about a few of them.

Other Ways To Tweak Minecraft Autosave 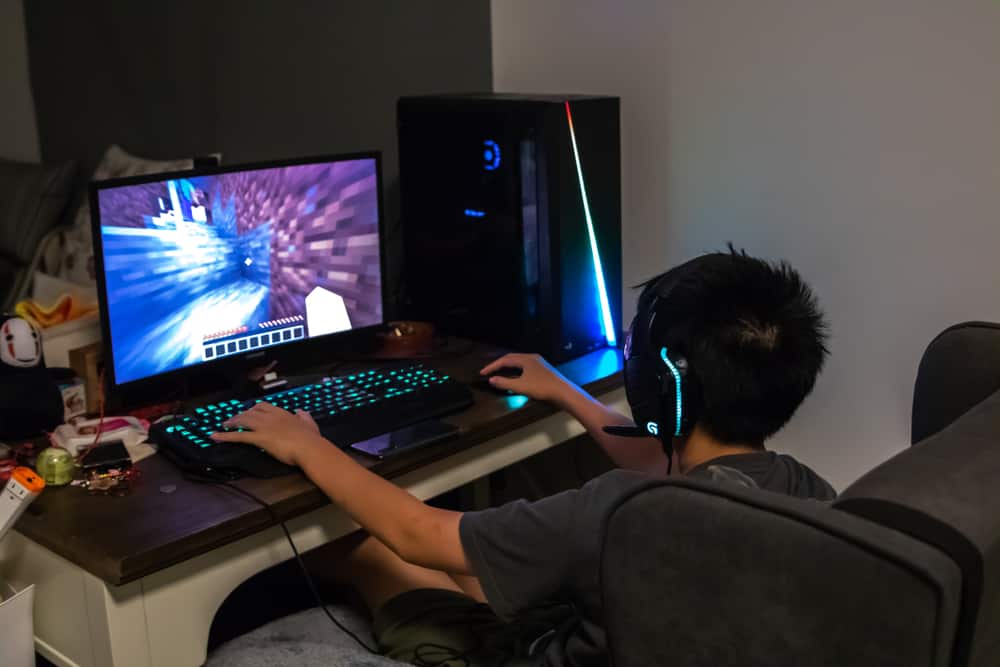 Adjusting the autosave value using reliable plugins from Bukkit or Spigot servers is also a good and easy choice.

Here are some of the best plugins you can download:

You can turn the autosave feature on and off while also changing the time interval.

You can set up the plugin to perform the operation silently so that it doesn’t interrupt your flow during the game.

A note of caution about this plugin: It was released in 2016 and hasn’t been updated since.

Plus, it has a relatively small number of downloads, which means it hasn’t been thoroughly tested.

Although that’s not a danger sign in and of itself, it’s always a wiser decision to go for plugins with active developers who are ready to update their code and make relevant changes as the underlying platform changes or new security threats arise.

Only choose this plugin if the other options don’t work for you.

If you use CraftBukkit or Spigot servers, you can set the time interval between autosaves.

Head to your server’s Bukkit Config and adjust the autosave value.

The default value is 6,000 ticks, which means the autosave function is performed every five minutes.

(Note: Every 20 ticks in Minecraft take one second in real-life. Therefore, 6,000 ticks equal 300 seconds or five minutes. Moreover, each day in the game is equal to 20 of our earthly minutes!)

Also, if you’re using PaperMC, you can open up the Paper Config or paper.yml file to adjust the autosave interval value. 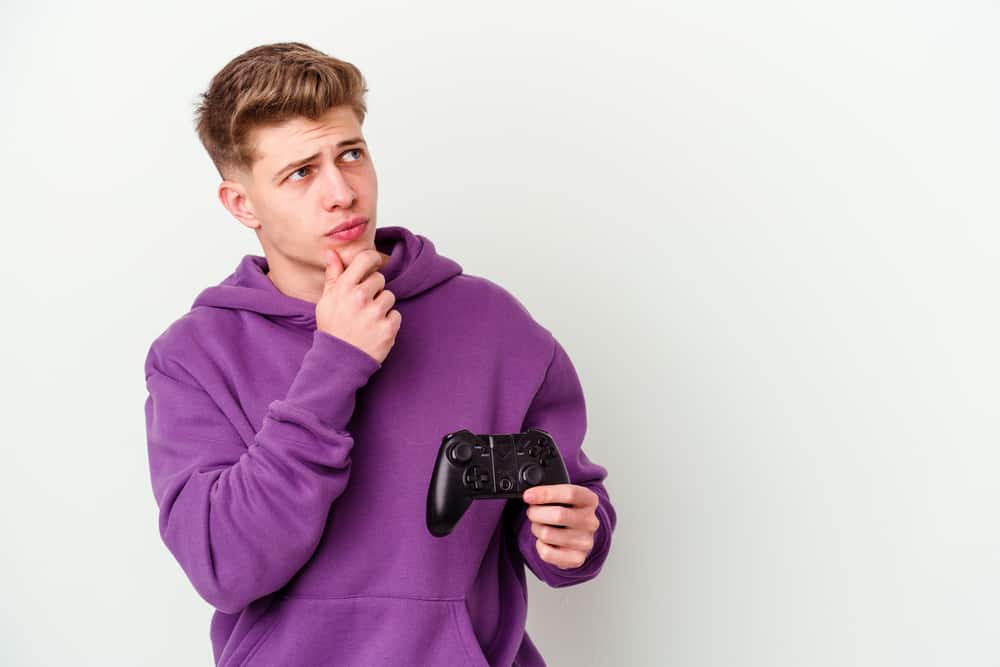 The urgency you may feel for using the autosave feature depends on your needs and preferences.

Some players might be more comfortable with a manual saving feature.

However, most people know how handy an autosave option can be, especially if you’re playing a server game.

Those games can malfunction at any time, and you may end up losing all your game progress.

Therefore, it may be necessary to use autosave in some cases, but there are ways to get around it.

For instance, you can copy your world before starting a new session.

If something doesn’t go according to the plan, you can delete the latest version of the world and return to the one you’ve saved.

Is Autosaving Minecraft The Same As Backing Up The Game? 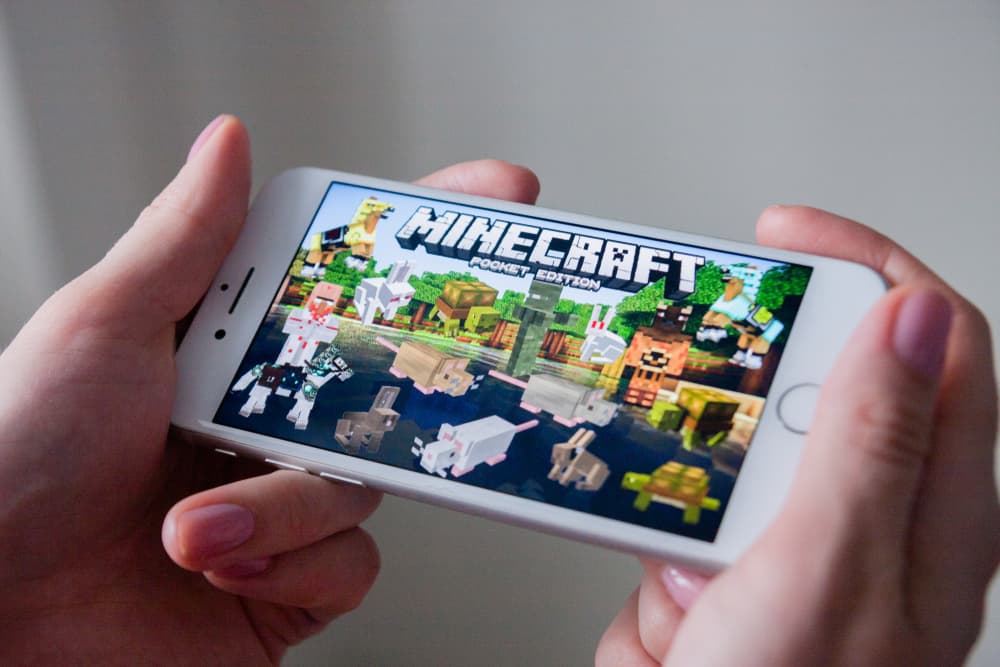 No, autosaving isn’t a backup solution in Minecraft.

Autosaving is a temporary way for the system to automatically store data related to your progress until you manually save that data.

Then the temporary changes become permanent.

However, if you quit the game without saving, you still run the risk of losing your progress.

On the other hand, a backup is a complete copy of all your existing game data up to the point of making that copy.

For instance, you can create a backup today and continue playing the game tomorrow.

The backup will only contain your progress data until the moment you created it.

In other words, the new data won’t be included in the backup.

That said, only a backup can save you from irreversible damage, like world corruption or loss of files.

That’s why you need to invest time to regularly back up your files or set up an automated process for the purpose.

You can back up your Minecraft system manually or use software and plugins to set it up automatically.

Here are a few plugins for automating your Minecraft backup process:

It creates a complete backup of all your server directories, worlds, and other plugins while removing useless files to save server space.

Moreover, it has a small footprint and won’t make your server freeze.

Although backing up your files reduces the risk of file corruption, if you save your backup on the same disk as your original files, you still risk losing your data in case of disk damage.

A remote backup can give you an extra layer of protection against these situations as it saves your backup files in another location.

You can save your backups to Google Drive, Microsoft One Drive, Dropbox, or another server.

As the name suggests, this plugin doesn’t have a lot of functionality but performs its core task brilliantly.

It’s easy to configure, comes with a simple command, and lets you roll back to previous versions in case of errors. 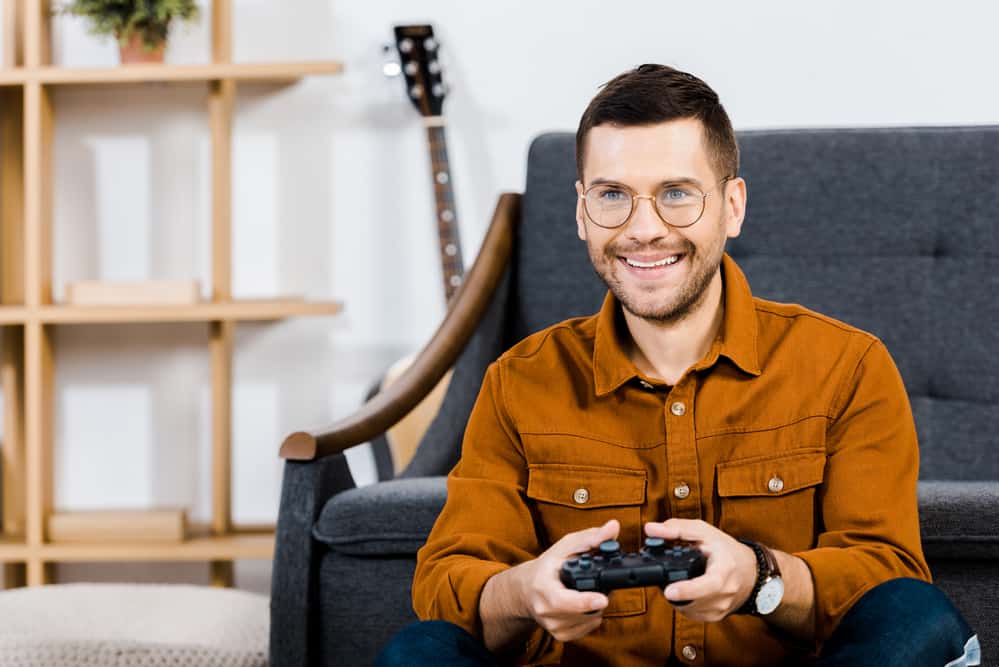 How Can I Leave The Minecraft World Without Saving?

To leave the world without saving, you should crash the game manually by pressing F3 and C on the keyboard and save without stopping by accessing the escape menu.

You could activate the full-screen mode and hold alt to free your mouse.

Then hit Alt + Tab to change the window.

Right-click on Minecraft and dismiss the windows.

It’s also possible to use Alt + F4, but you should be fast enough, or else Minecraft would still end up saving the game.

How Do I Save My Minecraft World?

If you’re using Minecraft on Windows, Xbox One, Switch, Mobile, or VR, you can select the pen icon at the bottom of the settings page and next to the worlds.

Then choose the Copy World option.

The system will create a copy of the world that you can use as a backup.

What Happens If You Quit Minecraft Without Saving?

The answer depends on your configuration and how you quit the game.

If the autosave feature is enabled, you most likely have nothing to worry about because you won’t lose more than a few minutes of your progress.

Plus, if you quit the game from the pause screen, the autosave function will store all your progress.

However, if you don’t have the feature on or kill the game’s process using your operating system, your progress will be lost.

Does Minecraft Autosave? (Everything To Know)