You are here: Home / The Cold Spotlight / Does Costco Deliver Pizza? (Explained) 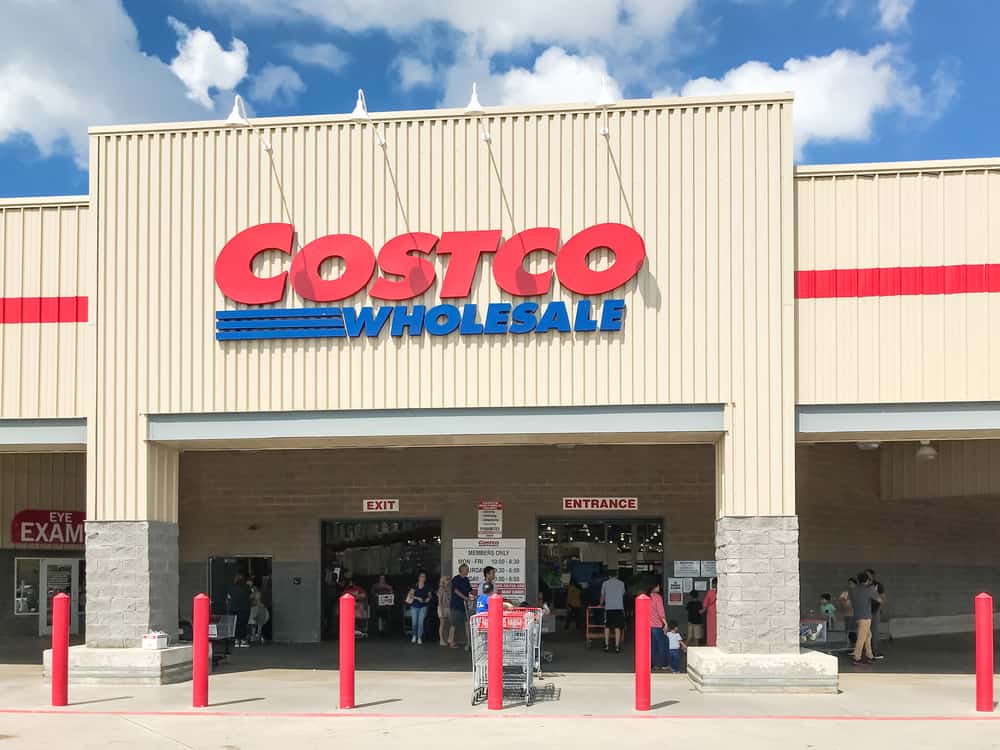 We have an endless supply of pizza delivery options in most metropolitan areas.

Costco probably doesn’t come to the top of your mind, but why not?

Costco offers just about everything your family can need and sells pizza at its stores in the food court, putting it in the top 15 national pizzeria chains.

However, there is one thing some people might be wondering. 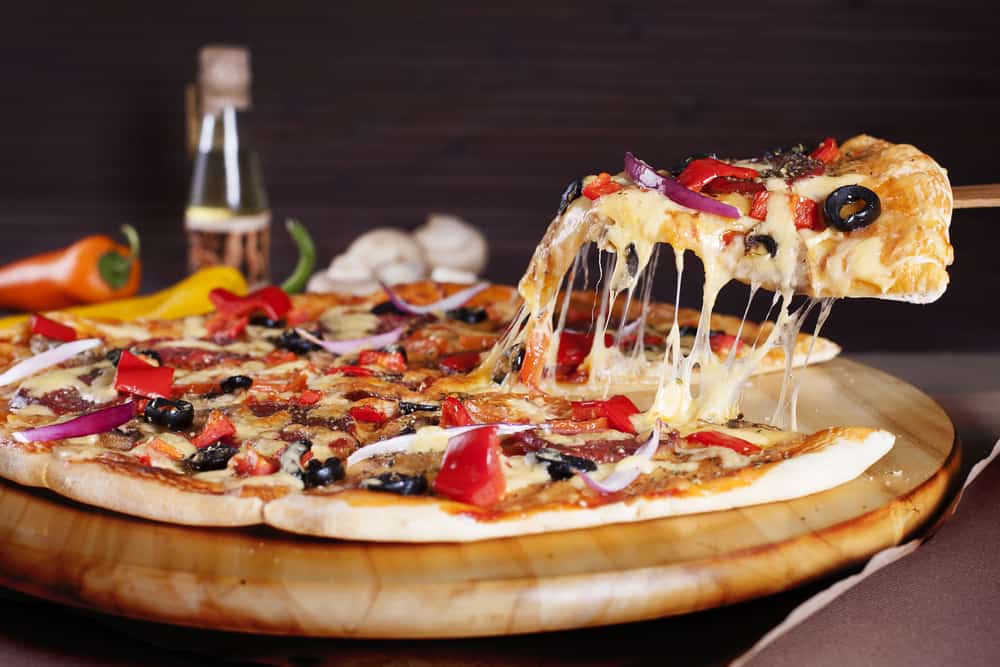 Costco does not deliver pizza from the food court to your home.

In fact, Costco does not deliver any items from its food court to your home.

However, members can visit the store to buy food court treats in person.

If you’re in a hurry, you can even call the order into the food court in advance.

Please remember that the food court is only open to Costco members.

If you are not a member, you won’t be granted entry into the warehouse to access the food court.

The food court used to be open to nonmembers, but Costco changed its policy in 2020.

What items does Costco sell in its food court?

The food is known for being inexpensive and sinfully satisfying.

Some of the Costco food court menu options you can find include (prices may vary):

You can also get the following drinks:

If you’re craving something sweet, the following sweet treats are offered as well:

Not only is the food good, but as you can see, the prices are extremely reasonable.

The reasonable price of the food court helps cushion things as you spend $300 on toilet paper, peanut butter, and washcloths.

Costco must have decided that people don’t deserve the cheap prices if they don’t pay the membership fee.

Costco pizza also comes with a wide range of topping possibilities you might not expect from a simple food court, including:

Ways To Get Costco Delivery 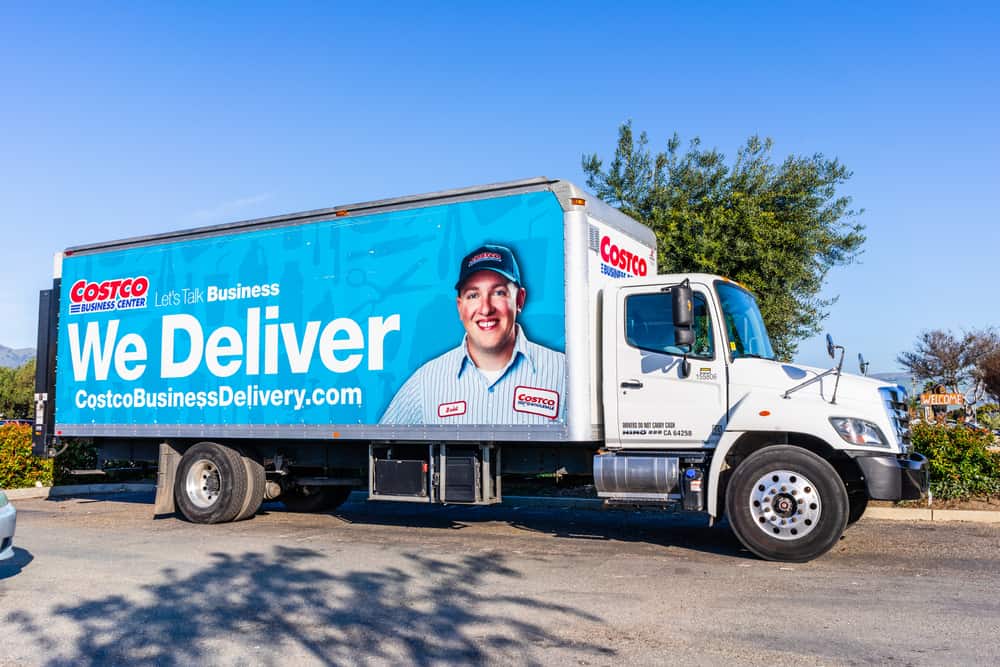 You may not be able to get the food court pizza delivered to you, but Costco does offer delivery on most of its retail products.

TaskRabbit is an app that connects you with local laborers willing to run errands for you.

If the courier agrees (and has a membership), you may be able to get food court delivery this way.

However, it’s a rather unusual request, and there’s a good chance the young task rabbit may not have a Costco membership.

You can’t get food court items using Instacart, but you can get a frozen pizza and have it delivered to you.

You can also get other frozen items, fresh produce, meat, cleaning supplies, canned goods, electronics, and drinks delivered to you with the frozen pizza.

While Costco carries an impressive number of different items, you don’t necessarily get the greatest variety.

In fact, while most grocery stores have 40,000 food items to choose from thanks to the different brands and varieties, Costco only has about 4,000 different food items.

Costco understands that some people may not buy large items if they can’t find a convenient way to get them home.

Items available for in-home delivery include:

In some cases, you can order your items for same-day delivery. 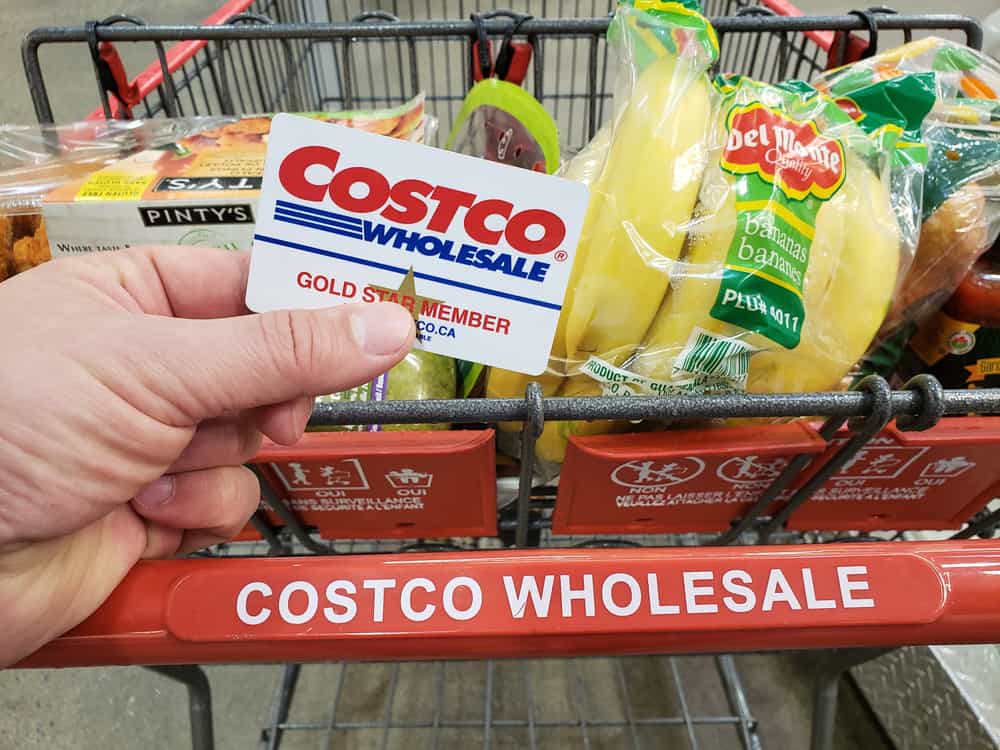 You must have a membership to enter a Costco Warehouse.

There are three main types of Costco Memberships with different advantages.

This is the most basic membership that most people have.

With this membership, you get two membership cards that will give you access to any Costco location.

You will also be able to shop online and at the warehouse.

With your business membership, you can buy items and resell them to customers at your retail location (alcohol laws may vary).

You can add additional people to your business account for another $60.

The executive members can be either a personal or a business account.

While you pay a bit more than a standard membership, you get the additional benefits, such as:

Can You Shop At Costco If You’re Not A Member?

Unfortunately, nonmembers get extremely limited access to any of the products available through Costco in-store.

Since Costco gets 80% of its profits from membership fees, it works hard to ensure that people who don’t pay for membership don’t get to take advantage of the exclusive deals.

Luckily, for some people who don’t want to take the plunge, there are a couple of exceptions.

However, a 5% fee will be applied to all items for nonmembers.

Nonmembers can use the pharmacy in areas where local laws require pharmacies to be accessible to all people.

If you don’t have a membership, a member can buy you a Shop Card.

However, only members can buy the shop card.

Finally, you can kindly ask a member to take you shopping with them (and promise to help them load and unload their groceries for their trouble).

Benefits Of A Costco Membership 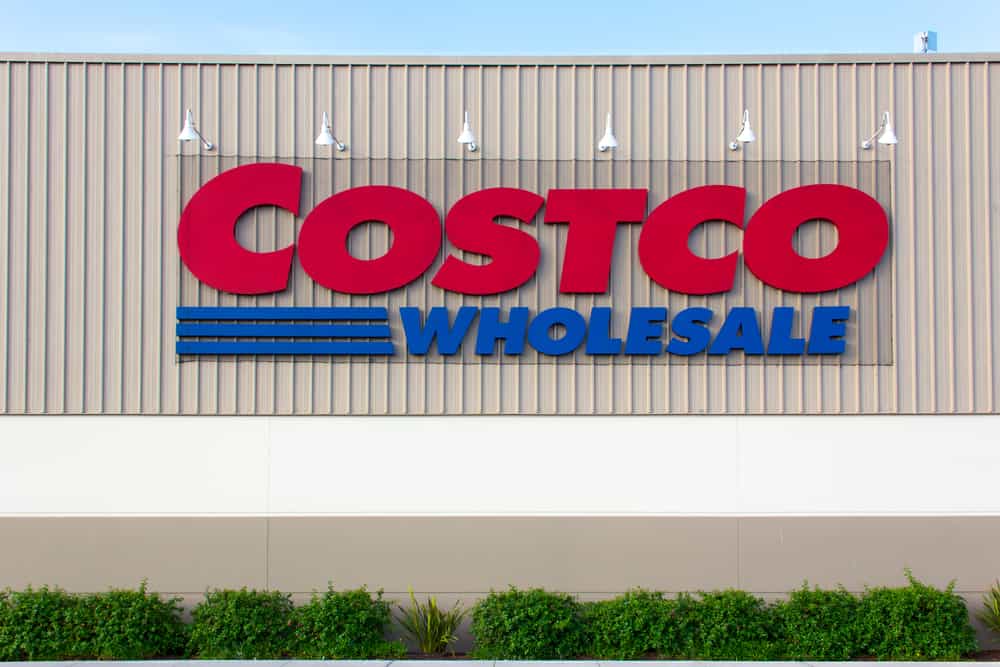 Some people wonder if a Costco membership is worth it in the long run.

Here are just some of the benefits to your Costco membership that may sweeten the deal for you.

You can find some great deals while shopping at Costco, especially considering Costco never prices items more than 15% higher than wholesale.

Most people do get their money back from the cost of membership in savings.

However, you only receive savings if you use your membership and shop.

Costco goes out of its way to create mutually beneficial partnerships with third-party services to pass the savings on to you.

You get discounted prices.

The third-party partners get new customers.

Some of the current partners include:

People Who Benefit The Most From A Costco Membership

People who benefit the most from Costco include people who run larger households and retailers who buy ingredients or other supplies from Costco.

Parents of five children who all still live at home will benefit from the bulk deals on everyday essentials, such as toothpaste and snacks.

A small pizza parlor can benefit from buying plastic silverware for to-go orders and napkins.

To make the most of your membership, you should take time to learn what Costco offers and what benefits you can get using their services as opposed to a different store. 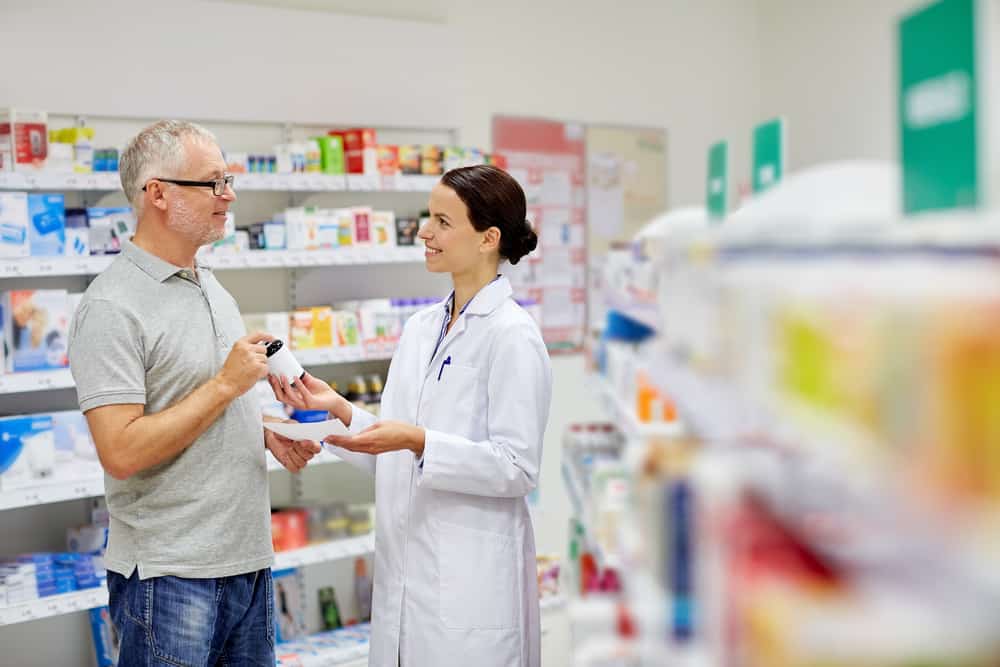 Costco offers a wide array of services that you may not have considered at first.

See some of the services you can take advantage of while at your favorite Costco store.

Costco has a complete pharmacy so that you can pick up all prescriptions while you shop instead of making a special trip to the pharmacy on your way home.

You can get great rates on popular drugs possibly not covered by your current insurance.

The program even provides discounts on pet medications.

You must choose whether you want to use the prescription program or your insurance/government assistance (you cannot use both on one prescription).

You can get immunizations such as the Covid vaccine and the flu shot at the Costco pharmacy for a low price.

Get the glasses or contacts you need by stopping over at the Costco optical department.

A doctor will be on-site during regular business hours to perform an eye exam if necessary and fill your prescription.

Deliver yourself somewhere new with the travel discounts available through Costco Travel.

Many of the deals include discounts or waived fees that other people don’t get through other trip-planning platforms.

If you plan to book a trip through Costco, you may want to opt for the Executive membership so that you get 2% back on top of your savings.

While you used to be able to purchase Disneyland tickets at Costco, that partnership has since dissolved.

If you are interested in delivery since your car needs some work done, you may find the solution at your local Costco Auto Program with its auto parts and service discount of 15% (up to $500).

Costco uses OEM parts and has maintenance programs for 30K, 60K, and 90K.

Once you get your car up and running, you can fill up at the Costco gas station, one of the cheapest providers of gas in the entire country.

For people with a long commute, the gas savings alone can make up for the membership costs.

Just keep in mind that the gas stations are not open 24 hours. 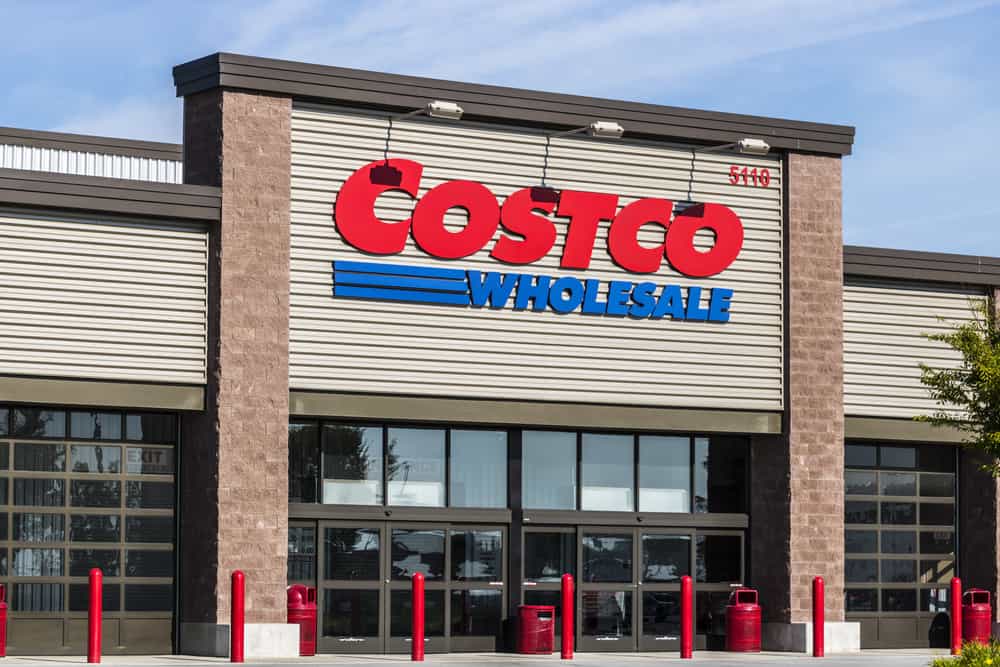 However, what are some other interesting facts about Costco?

There are currently just under 800 Costco clubs with about 240 of those clubs located outside of the United States in Canada, Mexico, Japan, and China.

The only four states without a Costco are:

The racetrack-inspired layout requires an average of 144,500 square feet.

Oprah praised the store quite vocally, and that’s not the only celeb associated with Costco.

The notorious apple pie from the movie American Pie came from Costco. 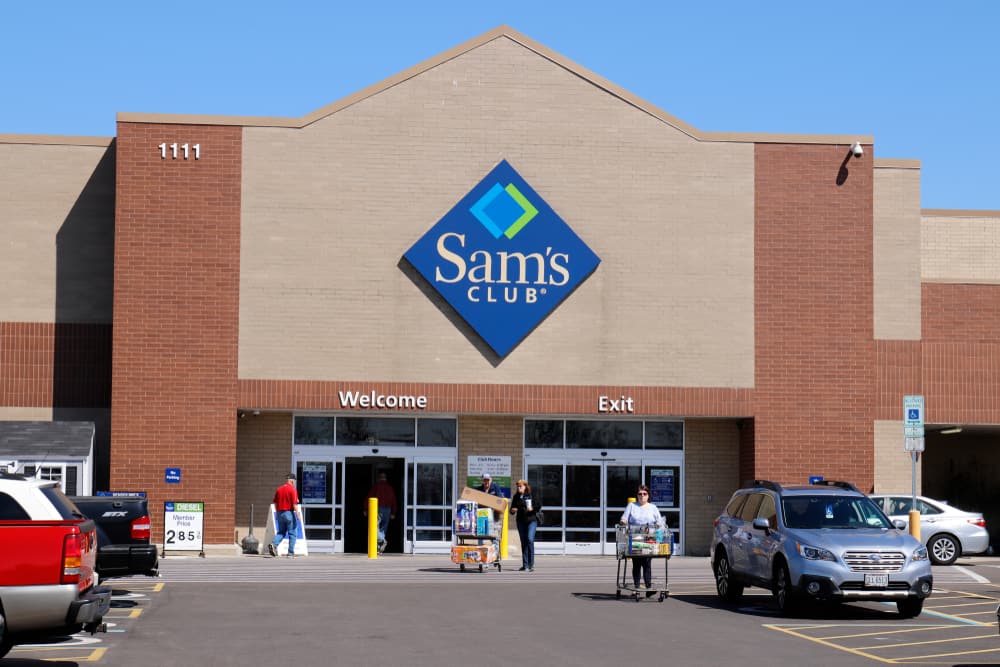 They both operate on a similar business model that’s based on membership.

Sam’s Club has more US locations than Costco (including the states without a Costco), and it offers a wider selection.

They also have larger stores and a larger number of different items, even if there isn’t a lot of selection.

The Future Of Costco 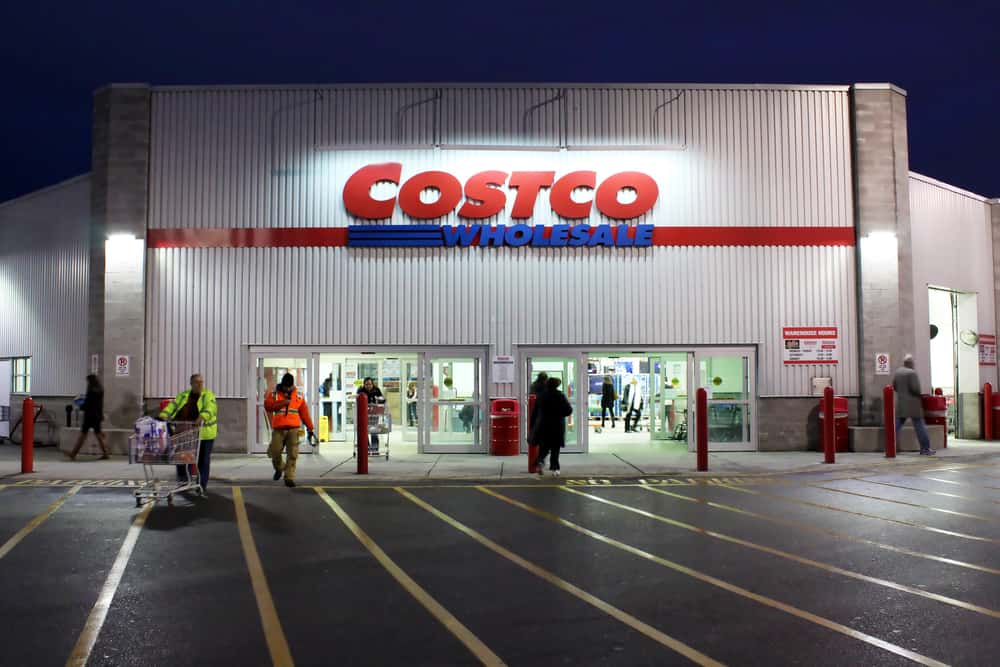 Costco blew up since its inception.

In the last 10 years, Costco’s stock climbed an impressive 410%.

It has pretty much consistently been on an upward trajectory, though.

While consistent, that doesn’t mean that you should invest in Costco stock looking for the same type of return.

With sales looking good this year, Costco needs to look at the future to keep profits increasing.

Costco has noticed a new type of customer.

The new customer is younger and more concerned with technology.

To accommodate these customers, Costco has tried to provide affordable electronics to members and upgrade its online processes.

Unfortunately, Instacart doesn’t seem to be doing as well as Costco with only 50% of the users it had when it first launched.

Costco beta-tested curbside pickup in New Mexico with better-than-expected responses from the customers.

If Costco can effectively and efficiently transport the goods to a customer’s home, the customers may really like it.

Who wants to pack and unload a trunk full of large items?

If we customers could convince Costco to deliver food court items as well, it may just surpass the competition.

Costco was the first company to bring us the membership-based bulk shopping warehouse business model.

While some have tried to mimic its success, Costco still dominates the field in terms of deals and the numerous types of products and services they offer.

If you do spring for a membership, make the most out of it.

If you do, you’ll be one of the 88% of Costco members who renew their membership.

How Big Is An Acre? (With 10 Illustrated Examples)

Why Is Wagyu Beef So Expensive? (Top 10 Reasons)

Should I Propose Before Or After Dinner? (2023)

Does Walgreens Do Money Orders? (2023 Updated)