You are here: Home / The Cold Spotlight / Do Leaves Decompose? (Explained) 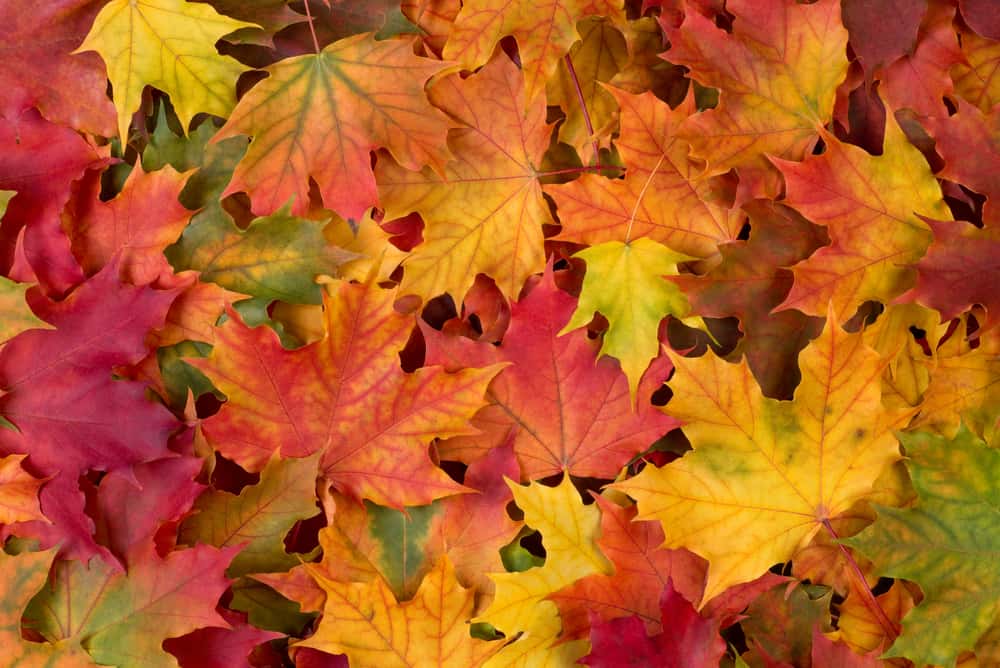 Every year, the leaves change colors and fall to the ground creating a picturesque landscape that for some causes a lot of confusion.

It seems that no matter whom we ask, we’ll receive a different answer to the big question of what we should do with those leaves.

We hear experts in TV advertisements or magazines tell us to leave those leaves on the ground to fertilize the soil.

Yet we don’t understand why the leaves should be left alone, and we may also question what happens to them the longer they are left in the yard. 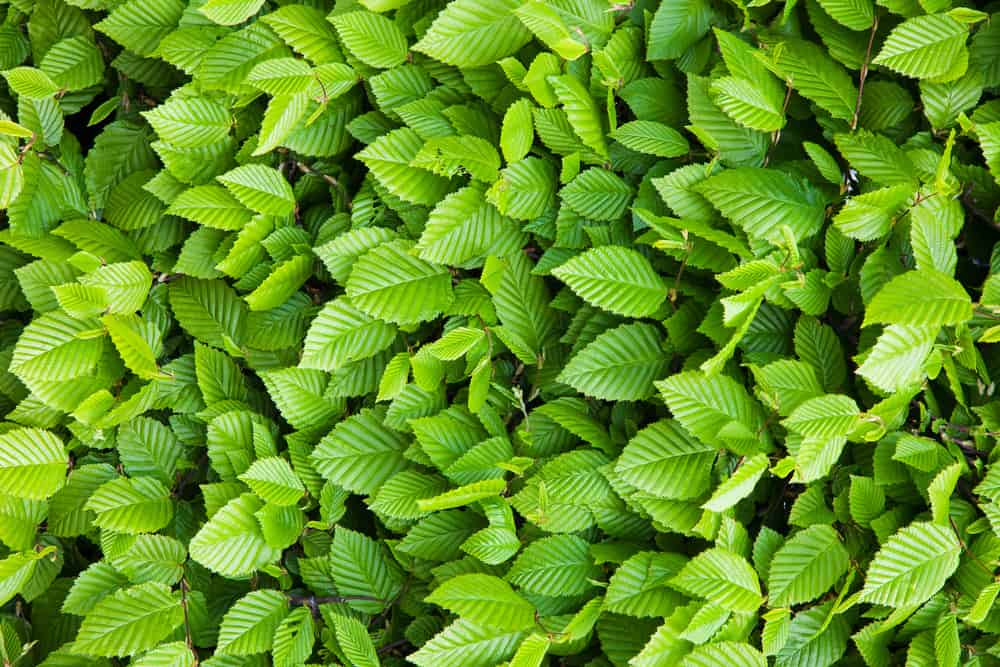 Yes, leaves do decompose over a length of time.

However, the size, weight, and distribution of the leaves play a role in how quickly they will decay.

Natural or man-made disasters can also play a role in leaf decomposition.

Trees that are disturbed in a quick and traumatic way, such as by explosions or fires, decompose differently than a tree that has naturally died and is left to decompose on its own terms in the forest.

Even in the colder winter months, fallen leaves are still able to decompose underneath the snow.

In fact, they provide insulation to the ground underneath trees or shrubbery.

Depending on how thick the layer of leaves was, there may still be an inch or two remaining on the ground once the snow melts.

The remaining leaves can be gathered, mulched or shredded, and used as natural fertilizer in garden beds.

How Long Does It Take For Leaves To Decompose? 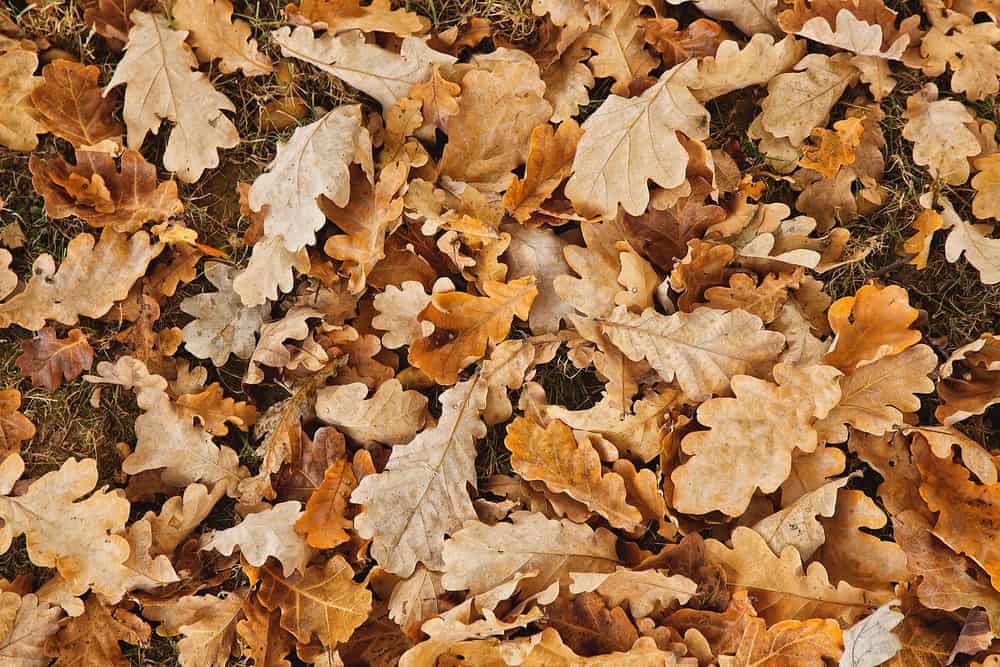 Several factors impact how long it takes for leaves to decompose including, size, distribution, exposure to air and water, lignin, and climate.

The size of the leaves can play a role in the length of time it takes for them to decompose.

Leaves tend to fall to the ground directly underneath the tree and stay in one place, matted together.

This creates a barrier that air and water cannot get through and in response causes leaves to decompose at a slower rate.

The larger the leaf, the heavier and more matted that barrier can become as they layer on top of each other.

Leaves that are shredded and then dispersed in a thin layer allow for air and water to filter through, which helps the leaves to decompose quicker.

Many mowers can shred leaves into a finer substance.

Another option is to chop the leaves using gardening shears, run them through a leaf shredder, or utilize a hand-held vacuum with the capability to shred.

However, if the leaves are drenched in water, the air is prevented from infiltrating and increases the amount of time it takes to decompose.

An example of optimal leaf decomposition includes shredded leaves, distributed in a thin layer over a wider space, which can then absorb the morning dew from the ground without becoming drenched.

The cell wall of plants contains the metabolite lignin.

Lignin is a naturally occurring phenolic polymer that gives leaves its weight, composition, and structure.

In other words, the woody, rough texture of leaves is caused by lignin.

Lignin is found in most plants and plays a role in protecting the plant from decaying quickly.

Greenland is just one example of an area that experiences both a relatively dry and cool climate throughout the year.

Examples of areas that experience this type of climate are the Amazon Basin and the Philippines.

As Leaves Decay, Do They Turn Into The Soil? 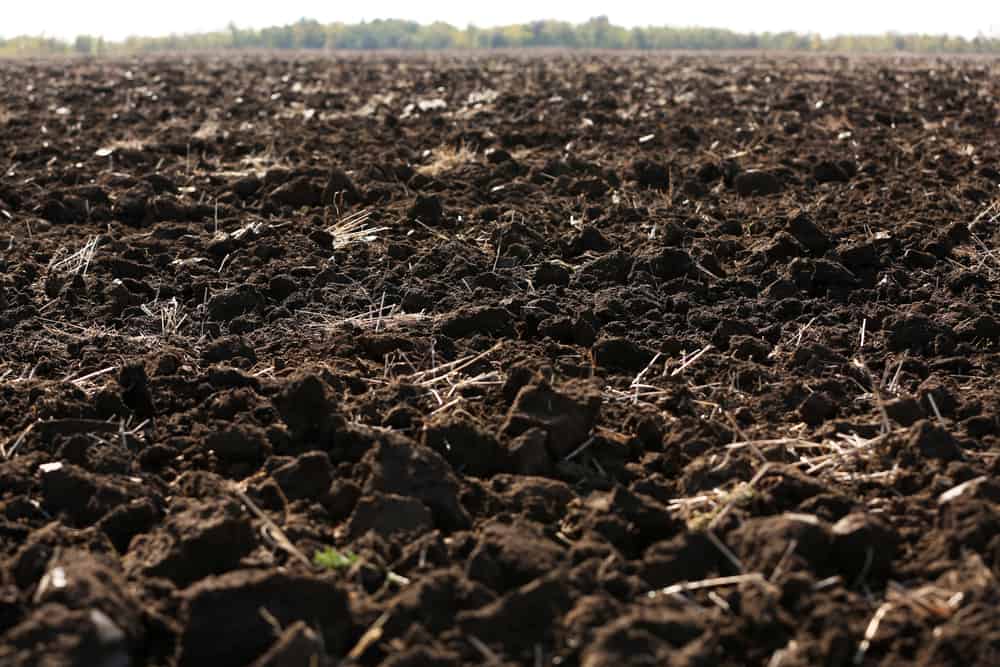 As leaves decay, they become part of and enhance the soil.

However, soil is not made up entirely of decomposed leaves.

Therefore it is difficult to state that leaves eventually become soil.

Soil is quite complex and is made up of mineral particles, organic materials, the air it is exposed to, water, rock, and even living organisms.

Soil is constantly being formed and has 3 to 4 horizons or layers.

These are the A, B, and C horizons.

The majority of the soil is actually formed from the breakdown of rocks.

This horizon is made up of the decaying plants on the top surface of the soil.

Does The Soil Benefit From Decaying Leaves? 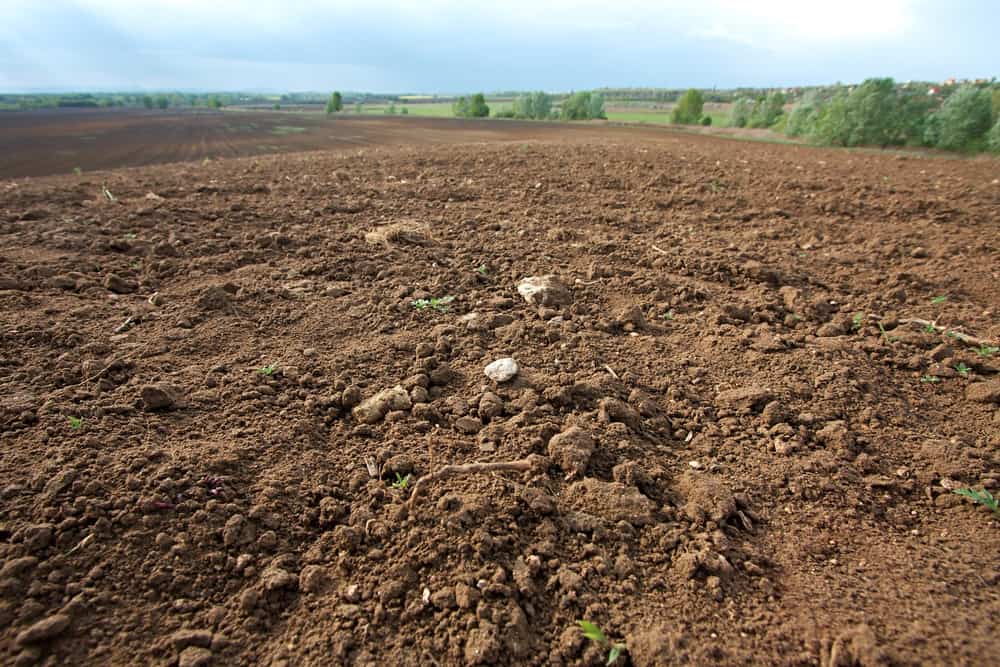 Leaves that are left to naturally decompose form a barrier or “natural mulch” which helps prevent weeds from growing in that area and also fertilizes the soil as they break down.

However, there is an extended length of time that it takes for decaying leaves to get to the point of being beneficial to the soil.

Therefore, shredding leaves and dispersing them lightly across a larger ground area can help speed up the process.

As leaves break down, the soil underneath will absorb the nutrients and carbon.

Each tree and plant variety contains a slightly different level of carbon.

According to the USDA, approximately 50 percent of the tree’s structure (leaves, trunks, branches, and bark) is made up of carbon.

As the various parts of the tree structure decay, that carbon is released into the soil and those nutrients can be utilized for new tree growth.

Additionally, as trees decay and disappear, this creates more space, air, and light for surrounding trees to thrive.

It also provides more space for leaves to spread out and decay without matting together.

The amount of carbon that is released into the ground for new life is also dependent on the matter in which the leaves die.

For example, forest fires cause burning trees to release carbon very quickly which is absorbed directly into the atmosphere.

The burned soil that has been damaged by the fire is unable to absorb the carbon before it has been absorbed into the atmosphere.

An example of slow-releasing carbon is when a tree naturally dies and falls to the ground.

The leaves, branches, trunk, and bark of the tree decays over a long period of years and slowly release carbon into the ground to be used for new life within the forest.

The leaves from a diseased tree are also infected.

As those leaves fall and begin to decompose, they may grow diseased spores which can be released into the soil and cause further disease to spread among the plant life in that area.

What Is The Decomposition Process Of Leaves? 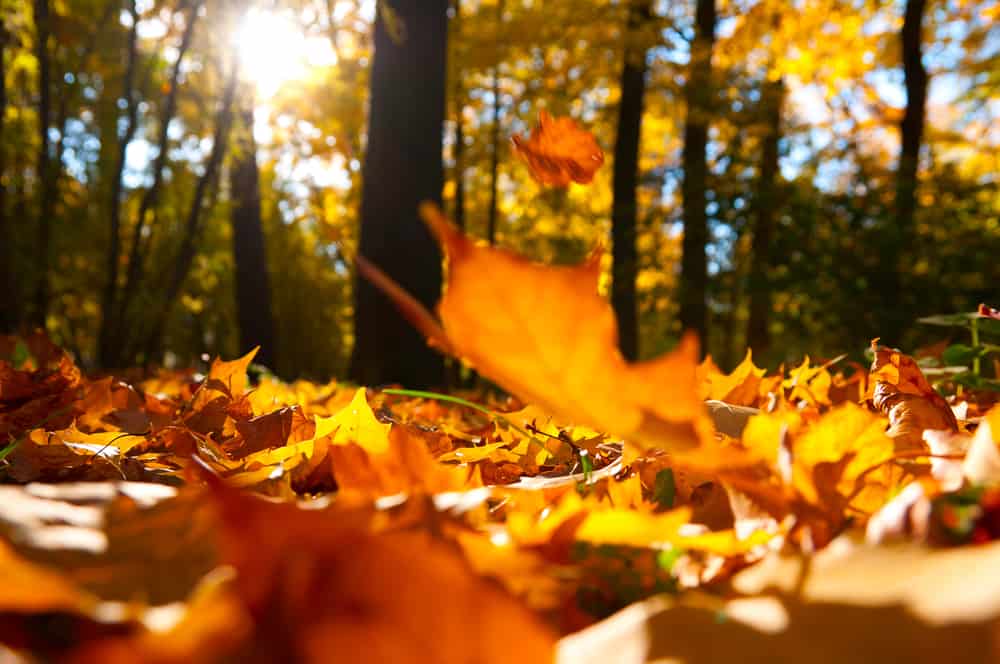 As leaves decompose, they are part of a “soil food web”.

The Soil Science Society of America describes this soil food web as being composed of three parts which include invertebrates, mold, and the release of water and inorganic nutrients.

Speeding Up The Decomposition Process 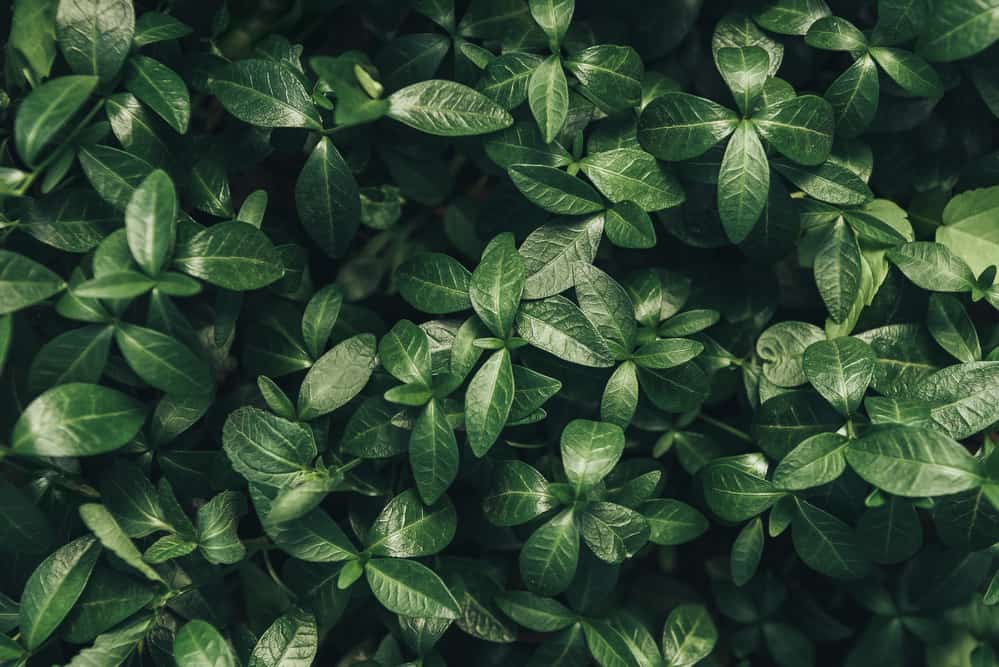 All leaves are different, therefore all leaves compost differently.

“Good” leaves for creating a successful composting pile are those that have lower amounts of lignin and higher amounts of calcium and nitrogen.

“Bad” leaves for composting are leaves that have a higher amount of lignin and lower amounts of nitrogen and calcium.

Some plants, like eucalyptus and black walnut, already contain a natural herbicide that decreases decomposition rates and prevents germination.

How To Compost Leaves 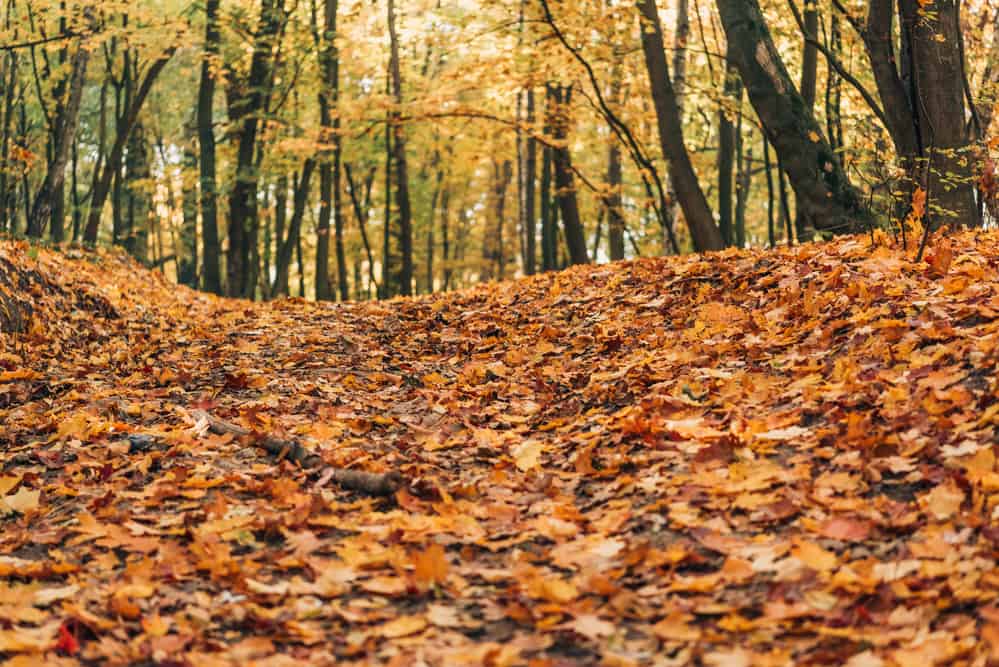 It is best to gather the leaves in your yard by mowing and bagging them.

The next step is to finely shred the leaves.

Some mowers may have a shredding attachment.

Another option is to place leaves in a garbage can or other large container and use a string shredder.

After shredding, the leaves are considered to be “brown” material.

It is important to add “green” material to the compost mix as well.

These are plants that are higher in nitrogen.

This might be grass clippings or even food waste.

Another option is to add a compost accelerator which increases microbes within the compost.

The compost mixture should be turned 1-2 times per week, adding more “green” materials of choice into the mixture.

Lastly, keep the compost pile moist by covering it with a plastic sheet which traps the heat inside and prevents dryness.

What Are The Benefits Of Composting Leaves? 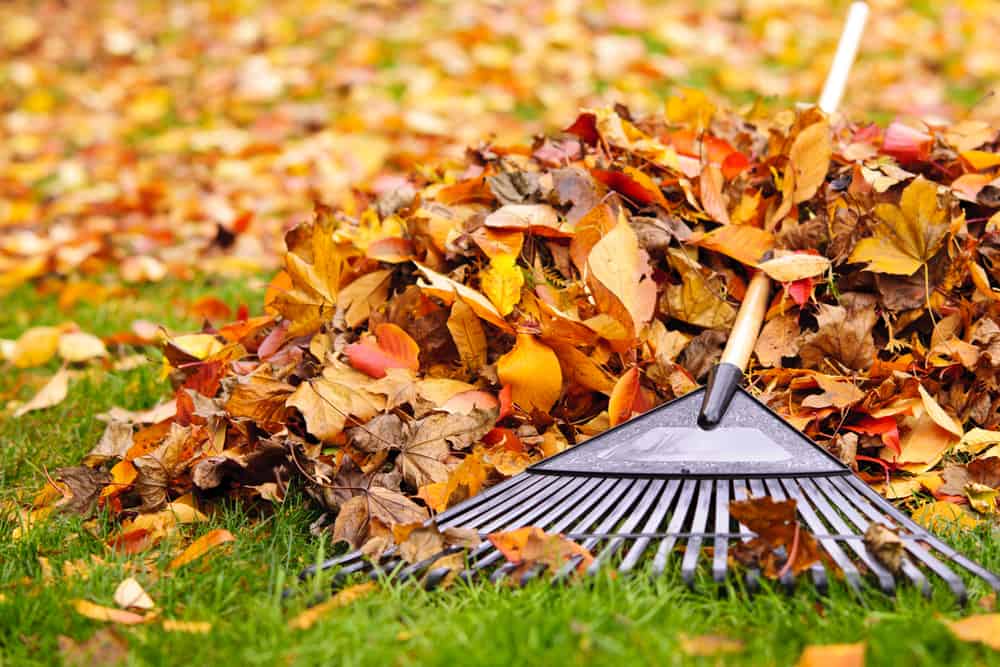