You are here: Home / Cold Hard Facts / Difference Between A Mage And A Sorcerer (Full Breakdown) 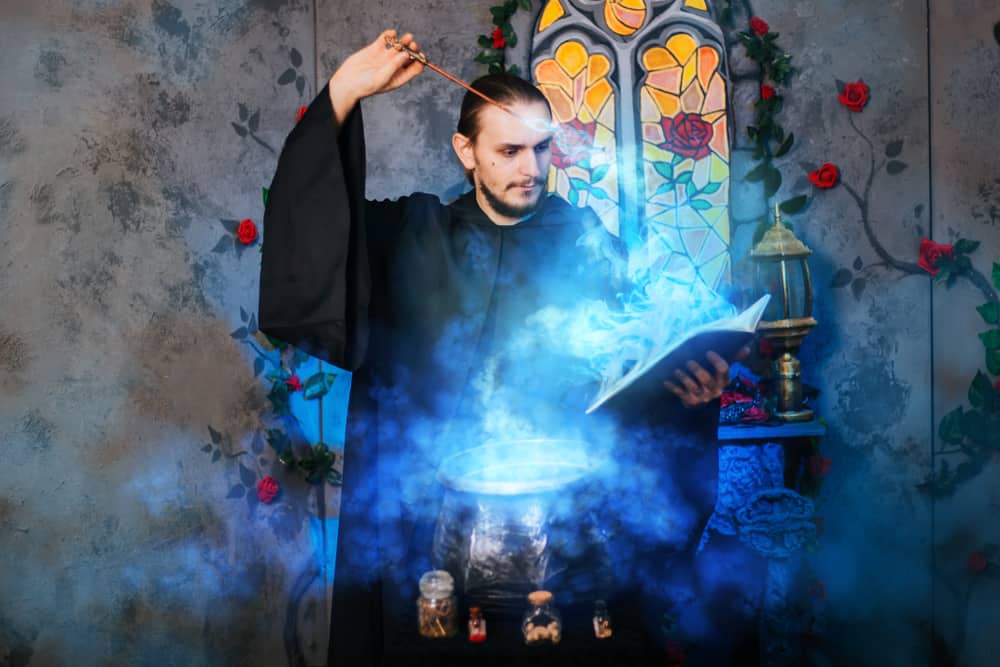 The many worlds of magic have always dragged in those who read their stories or play their games.

As children, we all wanted to have magical powers we could use to amaze friends, make doing chores easier, and get back at the neighborhood bully.

While magic may not be coming soon to the real world, there are other ways to scratch that magical itch.

Would you be a mage or a sorcerer?

Difference Between A Mage And A Sorcerer 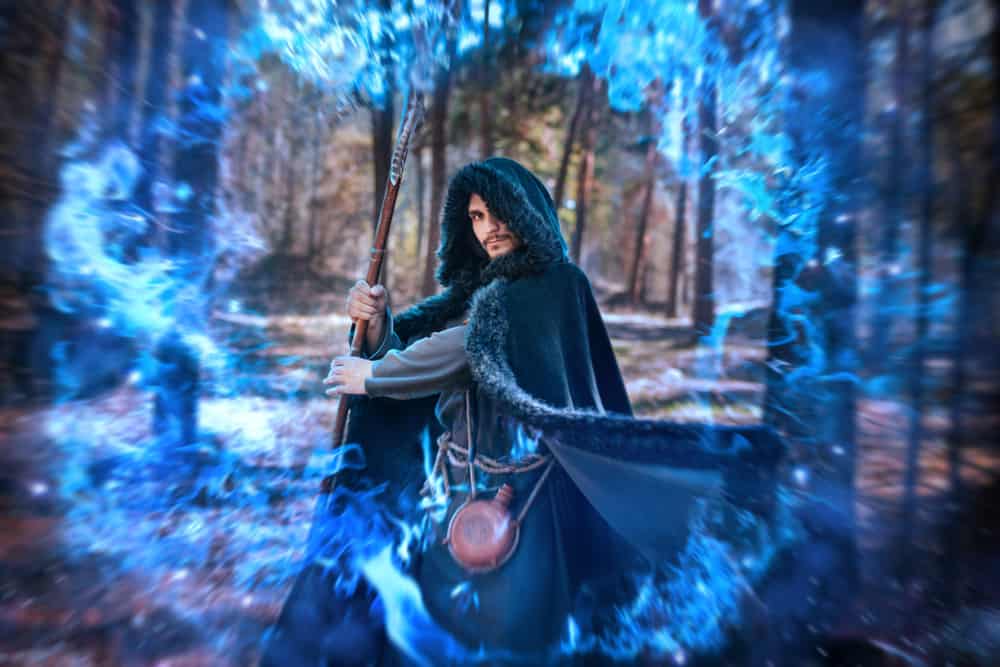 To most people, anyone who uses magic is either a magician or a wizard.

There are many different types of magic users, but it is rare that anyone speaks of them.

Two of the most common magic users you will see are sorcerers and mages.

Context is key when considering the differences between magic users.

Each world of magic has its own set of rules or requirements.

In the world of Dungeons & Dragons, a mage relies on intelligence to use their magic and typically has some form of religion attached to them or their work.

A sorcerer is a magic user who relies on willpower, experience, and instinct.

While mages tend to be a little more uniform and put together than a sorcerer, sorcerers are vastly more whimsical and creative with their magic.

Mages are also seen as vastly more structured than sorcerers.

Most mages have to train at magic schools for many years to achieve their magical status, but sorcerers are just born with magical abilities.

A young mage may be able to defeat a young sorcerer, thanks to their strict studying.

Sorcerers will still end up as leaders or travel alone due to how quickly and wildly their gift grows.

Sorcerers are also known for doing their best work while improvising.

They run on instinct, which can make it difficult for a sorcerer to be a team player.

Mages put a lot more thought into what they need to do in order to succeed.

Mages may be slower to respond to a situation, but their calculated response tends to allow fewer team members to get hurt and for mages to not get hurt as often themselves.

What About Magicians And Wizards? 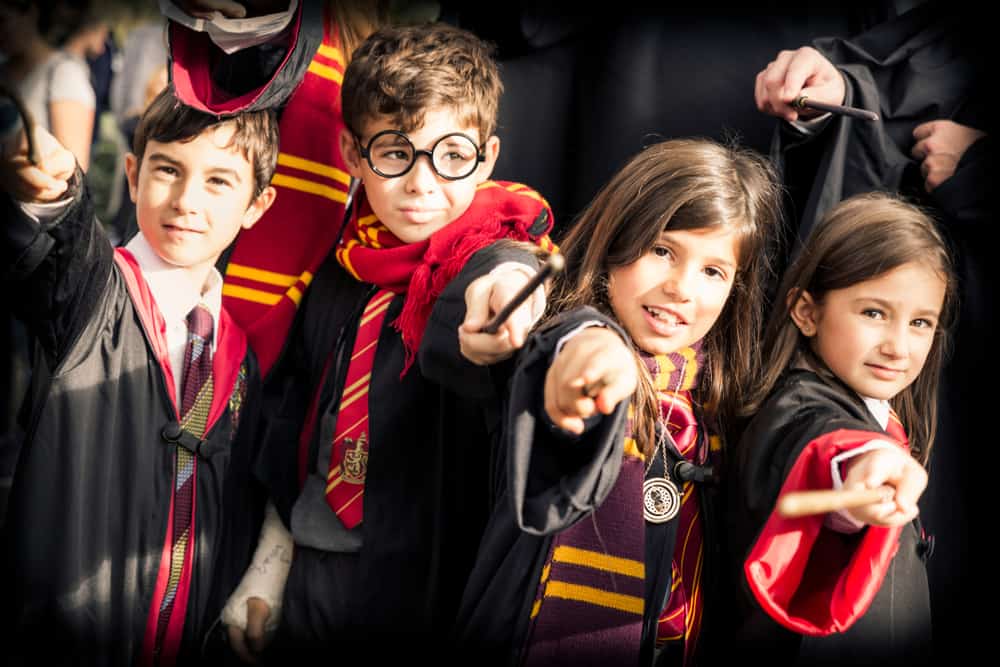 The Harry Potter series has popularized magic and the dream of being a wizard.

Every young Harry Potter fan has dreamed of receiving their invitation to Hogwarts and to join one of four magical houses.

There is a difference between wizards, magicians, mages, and sorcerers.

Wizards are dedicated scholars who devote their whole lives to learning the arcane arts.

A wizard’s ability to control magic comes from their intelligence and deep level of self-control.

Some wizards may choose to live a solitary lifestyle, whether it be not having people distracting them from their work or because a wizard feels they are too powerful to work within a group safely.

There are some wizards who may have more than one magical title.

A sorcerer may become a wizard in order to seek out more knowledge or self-control.

A wizard may become a court magician in order to receive all the perks of working for royalty.

In the world of magic, a magician is more than just an illusionist, pulling tricks on the eyes of their audience.

Magicians tend to be a bit more selfish in their conquest for magic, as their magic is typically used for their own personal gain.

Most magicians take up the day job of entertainer, but court magicians hold an important job within their community.

The court magician may be responsible for a multitude of things, such as curing magic-related illnesses, slaying magical creatures, or really doing whatever their master asks of them.

Creating Your Own Character 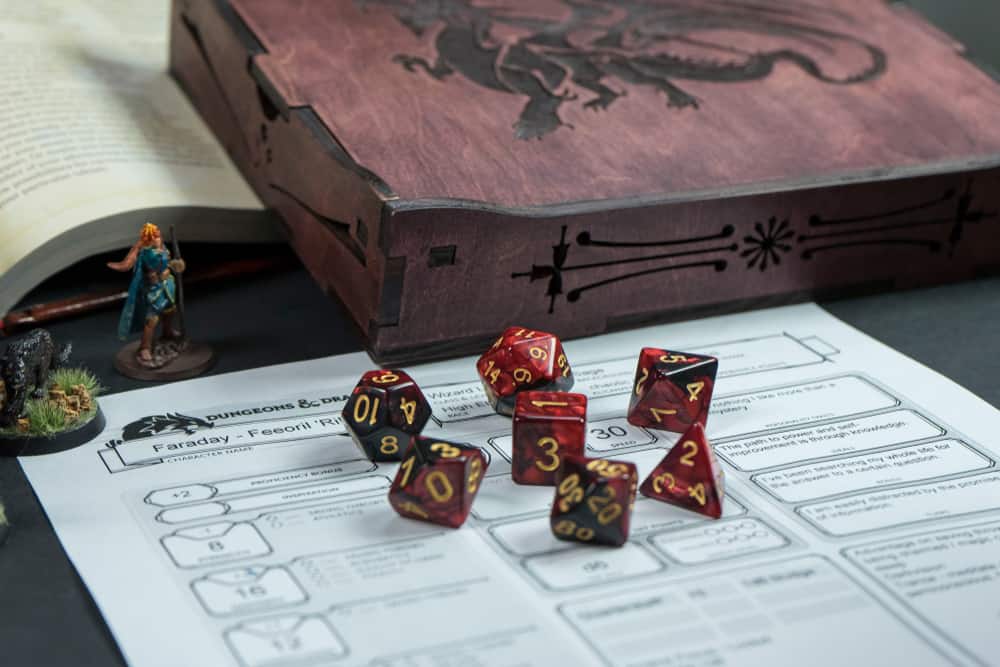 If it is your first time creating a magical character for Dungeons & Dragons, the whole process may seem overwhelming, but it can be simplified.

When creating your character, don’t worry about what the “best” version of a character is.

Playing the best character doesn’t always mean you’ll have the most fun experience.

When choosing each part of your character, it is better to choose something that you can portray well.

The first decision you’ll have to make about your character is their race.

There is a multitude of races in Dungeons & Dragons to choose from.

Your character’s race will help determine any natural gifts that they may have.

Your character’s race will also help determine their first language and base speed.

The next step in the process is to consider the class you want your character to be a part of.

There are almost as many classes as there are races in Dungeons & Dragons.

This is where you can make the decision to become a mage or sorcerer if that’s what you desire.

Your class helps determine capabilities and what your character is proficient at.

After you have figured out the basics of who your character is and what they do, you need to decide their Ability Scores.

The categories that you’ll be putting points into are Strength, Dexterity, Constitution, Intelligence, Wisdom, and Charisma.

Once you know what your character is and what they’re capable of, you can then begin to describe them.

Now is the time when you’ll want to think of their name, physical traits, personality, alignment, ideals, bonds, and flaws.

The better you figure this out, the easier your character will be to play. 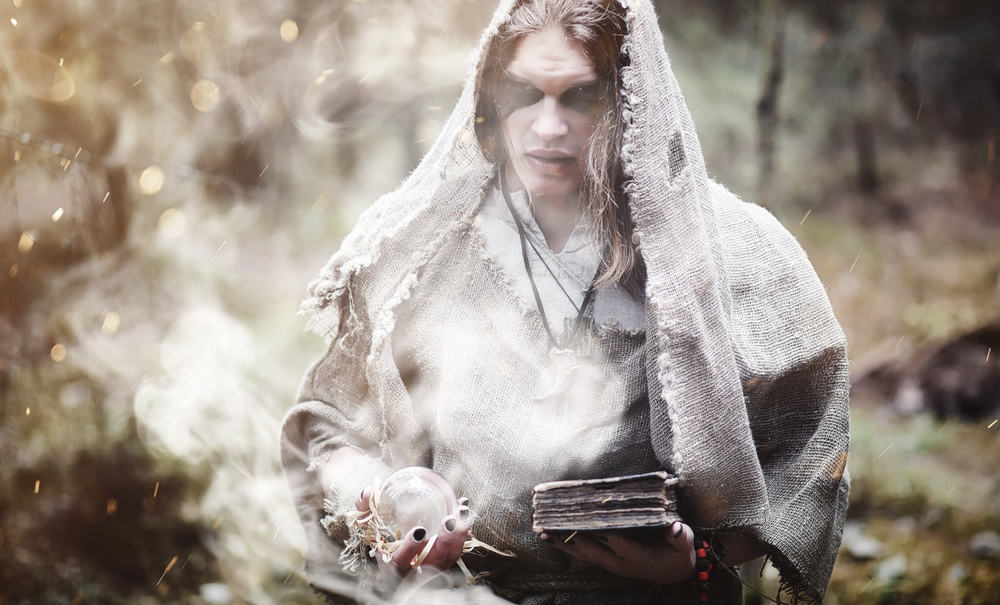 While having the statistically best character isn’t always what’s best for your game, if you’re looking to have an easier time playing, then you may want to consider the best version of a character that you can create.

Most sorcerers are on the hunt for more magic, so trying to create the best sorcerer is just part of the sorcerer nature.

Dungeons & Dragons is best when you stay in character.

Sorcerers rely on charisma and intelligence.

If you are bearing this in time when you are creating your sorcerer, you will want to look for a race that gets an intelligence and charisma boost.

When considering the background of your sorcerer, consider the Draconic Bloodline or the Wild Magic backgrounds.

Draconic Bloodline allows for the character to learn the abilities Dragon Wings and Dragon Resistance.

Wild Magic allows you to have an additional throw, attack roll, or ability check.

This ability takes a long time to recharge but can be extremely useful.

When considering the stats of your character, remember that sorcerers rely on charisma.

Charisma determines how many spell points a sorcerer is going to have.

As a sorcerer, you will need to consider what kinds of spells you have on hand.

Some spells that are helpful to start your campaign off with are Invisibility, Blindness, Deafness, Cast Web, and Hold Person.

All of these will help you support the team and keep yourself safe.

While magic will be your primary defense, you should also consider giving your character a light weapon, such as a dagger or a crossbow. 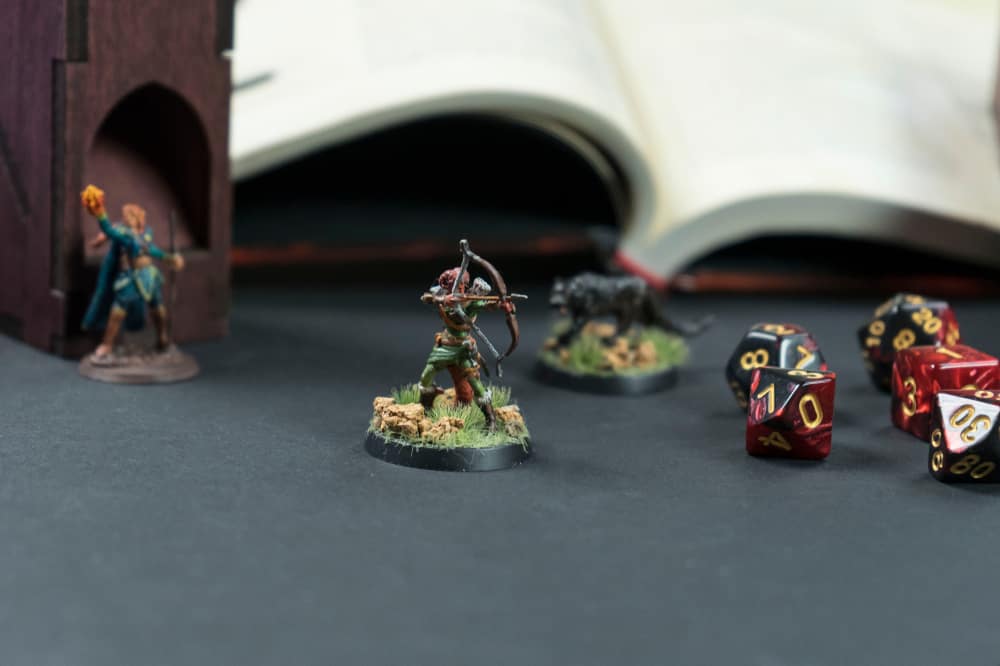 Similar to sorcerers, you must consider how each attribute affects the capabilities of your character.

Mages rely on intelligence to channel their magical powers, so bear this in mind as you build your mage character.

A smart mage is a powerful mage.

There are a few races that specialize in magic, such as elves and gnomes.

All elves are deeply tied to magic.

High Elves get a boost to their intelligence and their dexterity.

When creating a magic user, you will either want to put some points into dexterity or constitution.

A dexterous mage is one who can evade well, while a mage with a high constitution can take more hits.

Gnomes are also an excellent race for intelligence.

Gnomes get a two-point boost to their intelligence, along with abilities like Dark Vision.

When considering the stats of the perfect mage, you’re going to need all 20 points of intelligence.

While abilities like dexterity, constitution, and wisdom are important to any magic build, you need to prioritize your character’s intelligence.

As a mage, you have the option to consider what arcane tradition your mage follows.

If you are playing an elf, Bladesinger magic comes from Elven culture, so your character may have more of a knack for it.

Bladesinger magic is a weapon-based magic developed by elves.

Abjuration is defensive magic, with spells such as “dispel magic” and “countercast”.

Divination magic is the ability to control the fate of yourself, your team, and your enemies.

Some consider Divination to be the most powerful of all the magics.

Tips for All Magic Users 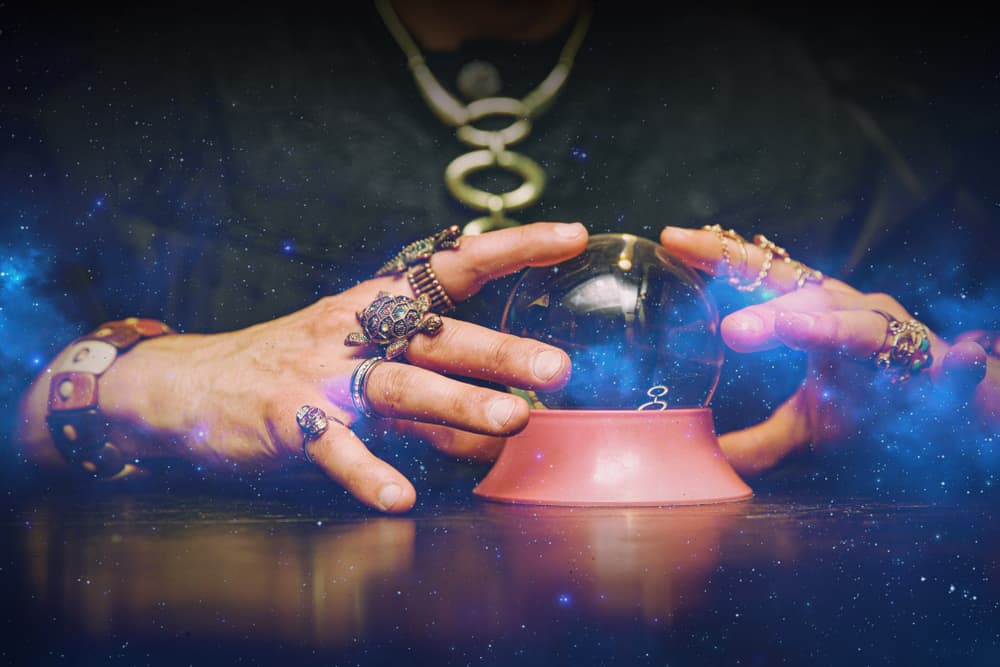 The world of magic can be all powerful in the right hands.

While magic is the most powerful weapon at a mage or sorcerer’s disposal, your magic doesn’t make you all powerful, all of the time.

There are a few tips that every type of magic user should bear in mind.

The first tip is to not throw your character into the middle of a fight.

You pump all of your ability points into charisma and intelligence for a reason.

It is better to hire someone to protect your character than to campaign with only magic users.

When you start a new character, focus on using most of your money to hire help or take up conjuration.

Some magic users will even get themselves a war dog to act as both a companion and defense.

As a mage or sorcerer, you should remember to diversify your magic.

While combat magic has its place, your campaign may require some more practical spells.

You never know when the ability to move objects or decipher a long-forgotten language will be necessary.

Healing spells can often save you and your team.

When traveling as a group, keep yourself towards the middle of the formation.

Being in the front or the back of the group can lead to you taking hits that you weren’t counting on.

Having a dog as a companion can help you stay safe, but you should rely on your teammate to take the most hits for you.

Whether you’re a mage, a sorcerer, or any other type of magic user, the key is to have fun with your friends.

When the campaign is over, as long as you and your friends have had an enjoyable time, you’re doing everything right. 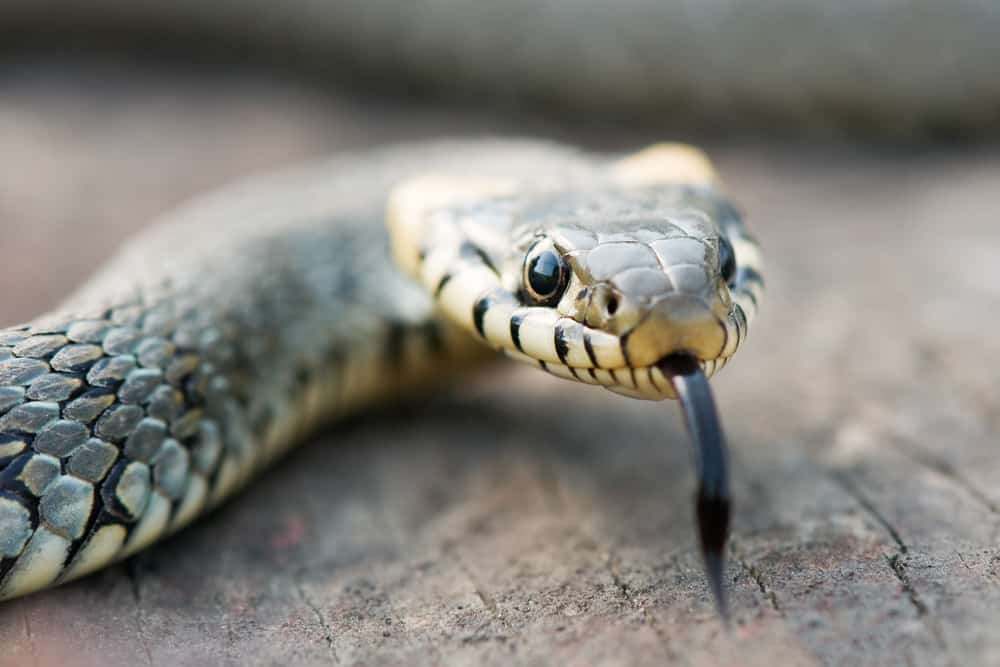 Do Snakes Have Feet? (Explained) 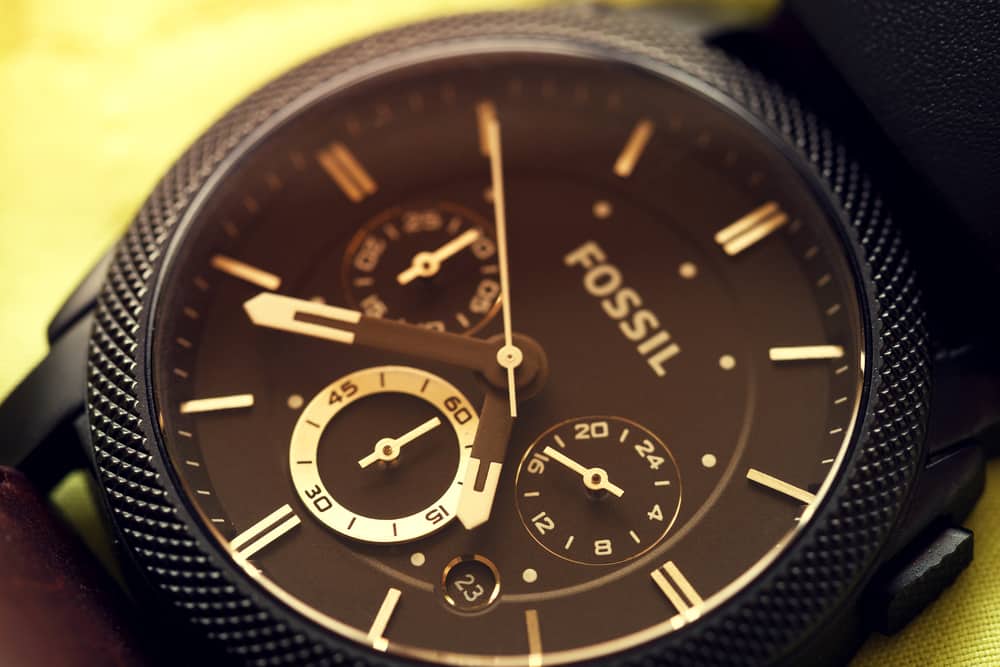 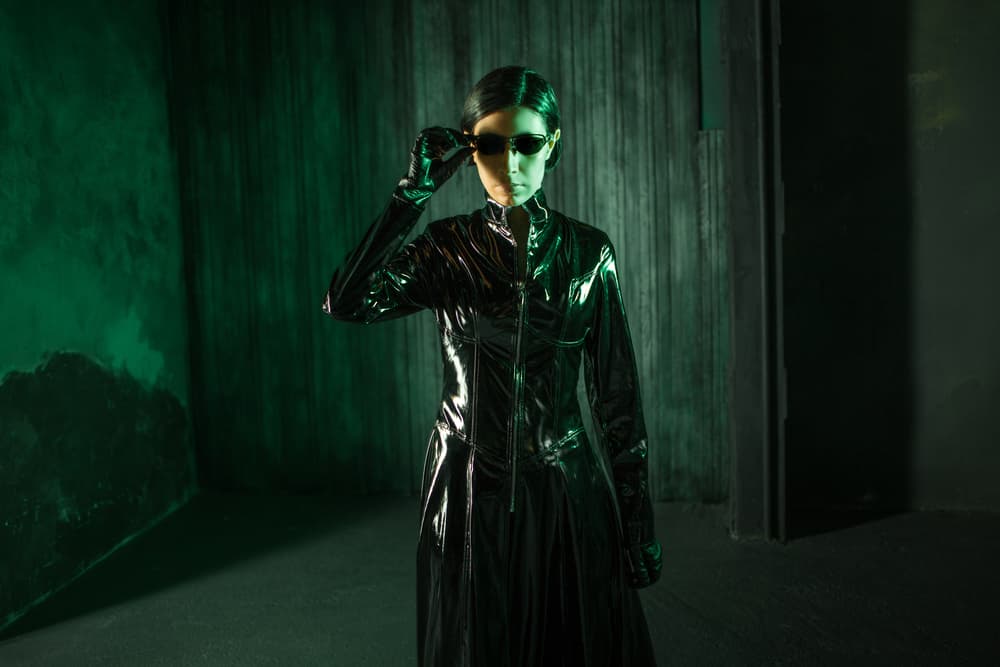 Is The Matrix Real? (Explained)

Difference Between A Mage And A Sorcerer (Full Breakdown)