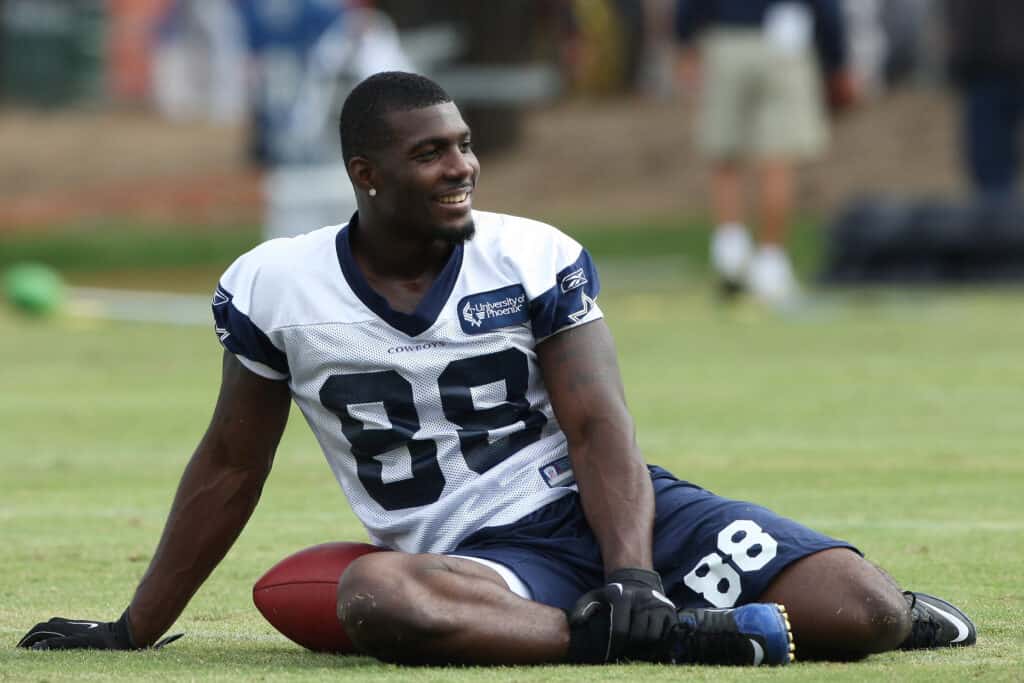 Dez Bryant is looking to make a return to the NFL in 2021 and there are a few teams he would like to play for.

TMZ recently caught up with Bryant and asked him where would be his ideal places to play.

His preferred team might surprise some, but is considered a solid choice by many.

“I wouldn’t mind being in Arizona” Bryant said.

“If I had to choose, if that opportunity presented itself, I think I would take it” he said.

Bryant talked about how he likes the Cardinals offense and defense as well as their head coach.

Bryant also mentioned that he wouldn’t mind returning to the Dallas Cowboys where he spent 8 years of his career.

In 2020, Bryant caught 6 passes and 2 touchdowns while being a member of the Baltimore Ravens.

Bryant talked about how he never caught on in Baltimore.

“I realized quick Baltimore wasn’t the place for me,” Bryant wrote. “No bad blood. That’s their way of doing things so you gotta respect it.”

He also talked about his chemistry with quarterback Lamar Jackson.

“Our chemistry was good on and off the field. But it was guys there before me who understood the offensive concepts better than me. You can’t jeopardize that.” he said.

It’s not clear how much Bryant has left in the tank at this point of his career, but he has not lost his passion for the game.

Bill Belichick Talks About What He Learned From Tom Brady

2 Free Agents That Would Be Perfect Fits With The Bears

Patrick Mahomes Has Great History Against The Eagles

A.J. Green Retires As Part Of An Elite Club

Steve Wilks Is Hoping To Follow A 49ers DC Trend

Andy Reid Joins A Group Of Coaches Focused On Revenge

Patrick Mahomes And Travis Kelce Are Closing In On NFL History

Sean Payton Talks About His Coaching Philosophy With Broncos

A Cardinals Legend Is Helping Kick Off The Super Bowl

Daniel Jones May Carry A Hefty Price Tag This Offseason

Peyton Manning Reveals Why He Stayed In The AFC