You are here: Home / Sports / NBA / Devin Booker Stepped Up When His Team Needed Him Most 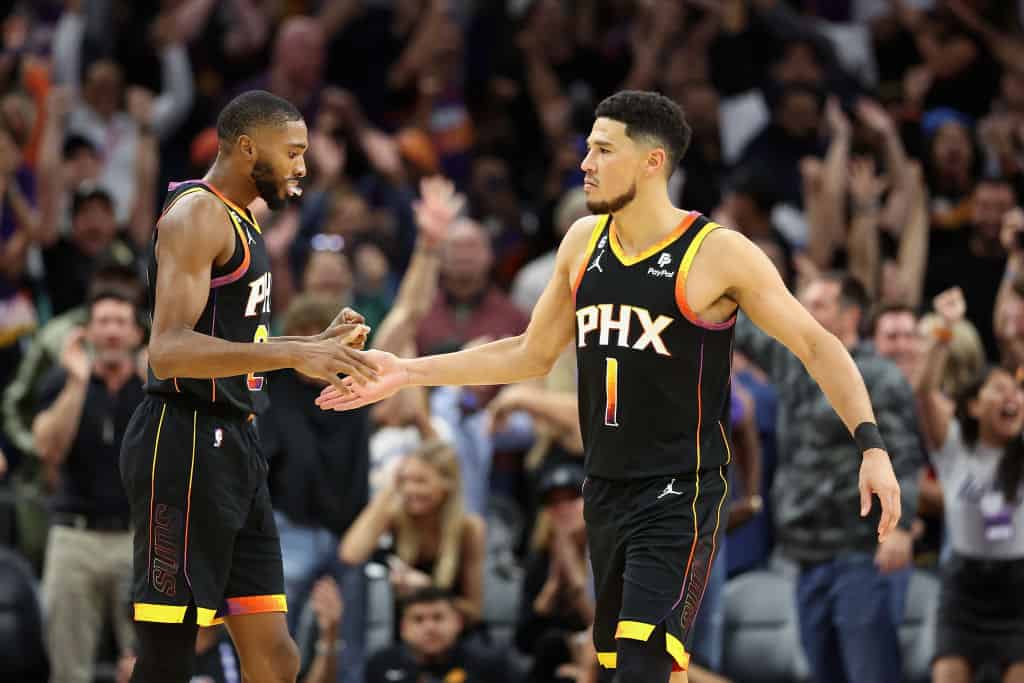 Fans of the Phoenix Suns were feeling shaken for much of Wednesday night.

That’s because their team was suffering from the same problem that ended their season last year: the Dallas Mavericks.

Luka Doncic and his team were again putting the Suns in their place during the opening night match in Phoenix.

At one point, the team was over the Suns by more than 20 points.

But the match didn’t end like Game 7 of last season’s Western Conference Semifinals.

Thanks to the hard work of several players, the Suns were able to come back and win their first game of the year.

Devin Booker put the Suns on his back last night 😤 Such a fundamentally sound and polished player. These things like playmaking, getting buckets, making the right read, being calm under pressure come natural to him. He really needs to make it a point to get 30 every night. #Pure pic.twitter.com/FW2SFNP2Qn

Devin Booker was perhaps the most important guy on the court for much of the game.

Respected Twitter account Ball Don’t Lie summed up Booker’s strong night, saying that he is a “fundamentally sound and polisher player” who has become so solid at things like playmaking, getting buckets, making the right read, and being calm under pressure.

“He really needs to make it a point to get 30 every night,” the account said.

Booker With The Ball

There are plenty of people who don’t care for Booker’s personality and his on-court antics but no one can deny his skill and greatness.

For years now, people have said that Booker is the future of the Suns and he showed everyone why on Wednesday night.

The win was a team effort without a doubt and multiple players stepped up – including Damion Lee – but Booker’s showing was impressive and grabbed the attention of many.

The West is tougher than ever and the Suns will have a lot in their way to take the top seed again.

It’s possible but only if Booker keeps this up.

The Suns Are Losing An Important Part Of The Roster

The Suns Can Always Rely On One Consistent Player

One Of The NBA's Best Players Celebrates A Big Day

The Hunt For A New Suns Owner Heats Up

Chris Paul Showed Why He's So Special On Tuesday Night

The Suns' Big Gamble Paid Off

Steph Curry Gave A Literal Shout Out To His Former Teammate

The Suns Want To Go Cheap With Deandre Ayton

Is This Season The Suns' Last Shot At The NBA Championship?

Devin Booker Stepped Up When His Team Needed Him Most