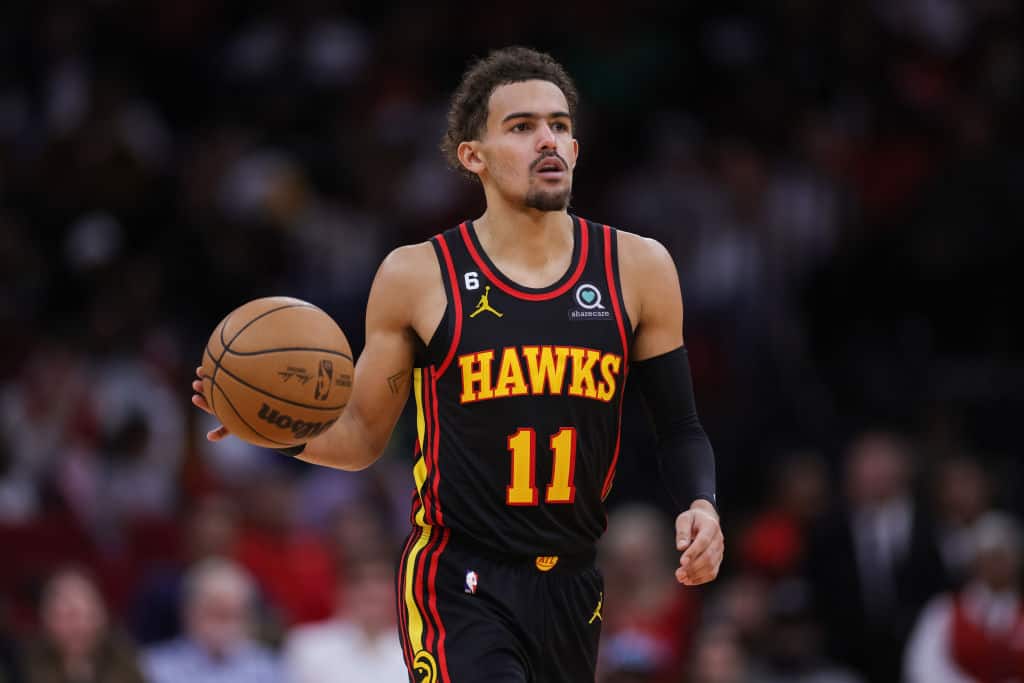 Fans of the Atlanta Hawks were shocked and supremely nervous when they didn’t see Trae Young on Friday night.

Just before the team’s game against the Denver Nuggets, it was announced that Young wouldn’t play.

In the end, he didn’t even sit on his team’s bench, leading some to speculate that the absence had to do with more than just a simple shoulder injury, as the team originally reported.

The Hawks would later say that a “miscommunication” between Young and head coach Nate McMillan led to the star’s absence.

Now we know more about what happened.

Trae Young and Hawks HC Nate McMillan had an exchange at shoot around that resulted in Trae Young missing Friday’s game, per @ShamsCharania

Shams Charania dug deep into the drama and came forward with the straight story.

Young was indeed experiencing shoulder pain on Friday before the game but refused to participate in shootaround with the rest of his team before tip-off.

McMillan was not happy with this decision and presented Young with two options: either he plays off the bench or he does not show up to the arena.

We all know what choice Young made.

Is there serious trouble brewing in Atlanta?

It will be interesting to see how quickly Young and his team bounce back from this incident.

The team is currently the fourth in the East with a 13-10 record (they won on Friday without the help of Young).

As for Young, he isn’t having a terrific season.

Apparently, there are those inside the Hawks organization who want Young to step up and be a more productive and positive face of the team.

Will that happen or will more head-butting come between Young and his team?

Dejounte Murray Is Still Flying High For The Hawks

Newest Hawks Star Proved His Worth On Wednesday

The Hawks Are Getting A Valuable Asset Back

The Hawks Have A High Asking Price For Their Star

Some Hawks Fans Are Regretting A Pivotal NBA Draft Choice

Onyeka Okongwu Has A Strong Opinion About LeBron James

The Hawks Could Lose Their Biggest Star

The Hawks Are Losing A Key Player