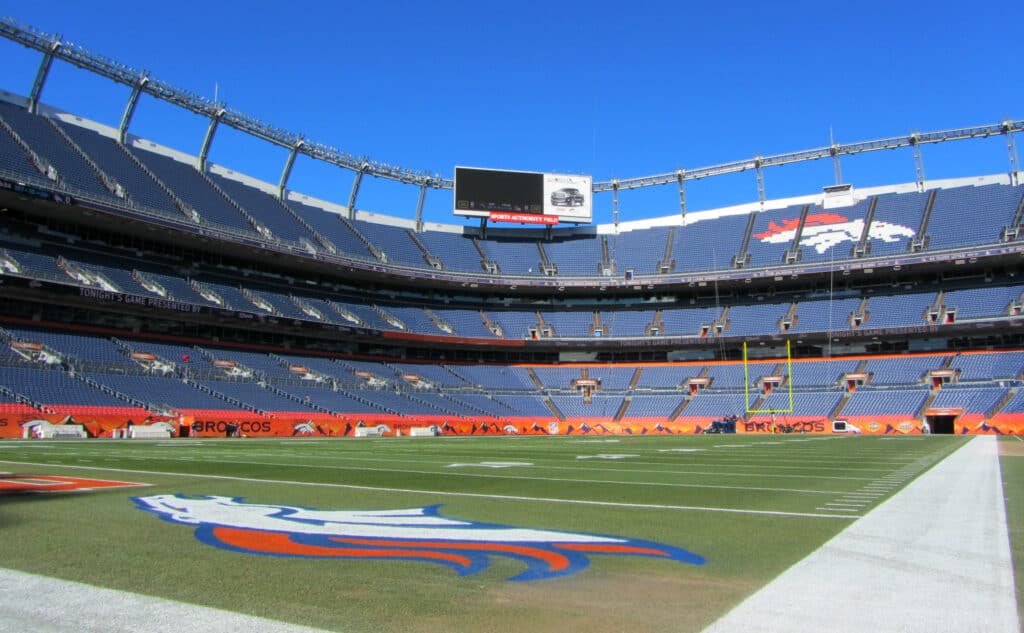 The Denver Broncos find themselves in a conundrum.

They drafted Drew Lock to be their franchise quarterback, but he has yet to display any consistency.

While he has flashed his enormous potential, he is far from a finished product.

George Paton on Drew Lock: "I like the track that Drew's on."

However, the Broncos can not afford to bring Lock along slowly if they wish to compete in a challenging AFC West.

Patrick Mahomes and the Kansas City Chiefs are the cream of the crop and will not be going anywhere any time soon.

The Los Angeles Chargers have plenty of dynamic players, including Offensive Rookie of the Year, Justin Herbert.

The Las Vegas Raiders are not quite ready to be playoff contenders but have the offense to keep them in games.

Denver has a burgeoning offense of their own, with Courtland Sutton, Jerry Jeudy, KJ Hamler, and Noah Fant.

Lock, though, has yet to really take advantage of this talented receiving corps.

If the Broncos want to rewrite their timeline, here are three options that could vault this team into playoff contention immediately.

Should Denver want to swing for the fences, Deshaun Watson is the best quarterback for this team.

Rumors have long tied the two together, as it is a logical destination for the young superstar.

He has the talent and the intangibles to restore the glory of this proud franchise.

Several elements need to fall into place, though, including the Houston Texans’ willingness to trade Watson.

The Texans are adamant that they will not deal him, but he seems just as determined to leave Houston.

There is a growing sense from people in and around the Texans’ organization that Deshaun Watson has played his last snap for the team. It’s early in the off-season, there’s a lot of time left, but Watson’s feelings cannot and should not be underestimated.

He finished first in yards (4,823) third in completion percentage (70.2%) despite all the chaos and dysfunction that surrounded him.

Watson also posted career-bests in touchdowns with 33 and interceptions with just seven.

He might even be able to elevate his game to another level with the Broncos’ weapons.

Denver is one of the few teams that have the need and the resources to pry him loose.

Giving up a package of picks hurts, but it is worth it for a player like Watson.

If the Texans ever decide to pick up the phone, the Broncos need to be at the front of the line.

Dak Prescott is another player that would as a clear upgrade at quarterback.

Prior to his injury in Week 5 last season, Prescott was on pace to throw for over 6,760 yards.

Dak Prescott becomes the first player in NFL history to throw for more than 450 yards in three straight games, which puts Dak on pace to obliterate the single-season passing yardage record https://t.co/DsddOnj6l9

Even with his recovery still in progress, Prescott should be on the Broncos’ radar.

It is unlikely that the Dallas Cowboys let him walk, but with the deadline to franchise tag rapidly approaching, there is no telling what might happen.

Prescott and Cowboys have been embroiled in contract negotiations for years, and there is a chance that they never come to an agreement.

He is apparently seeking a contract with an average annual value of around $40 million, a price that may be too steep for a Dallas roster full of holes.

If Prescott finds himself on the open market, he would be a great fit on this offense.

Ryan Fitzpatrick is not as enticing as the first two options.

With an untamed beard as free as his spirit, Ryan Fitzpatrick would seem to be a good fit for Colorado.

Is it time for the Broncos to bring him aboard to bolster the QB room behind Drew Lock?https://t.co/ljjaUOMkXm

He not as young or talented as Watson and Prescott, but he is significantly easier to acquire.

The Broncos would not have to break the bank, and he could serve as the perfect mentor for Drew Lock or any other quarterback Denver might draft.

As a hyper-aggressive passer, Fitzpatrick would give every chance to Denver’s young receivers to make a play.

He is a gritty competitor and clubhouse leader that would mesh well in the locker room.

Fitzpatrick showed that he is still capable of playing at an above-average level, too.

Even though he eventually lost the starting job in Miami, he played some of the best football of his career and set a personal best 68.2% completion percentage.

There also rumors that he may retire, but if he chooses to keep playing, Denver should offer him a contract.

Should Rob Gronkowski Be Considered A Buccaneers Legend?