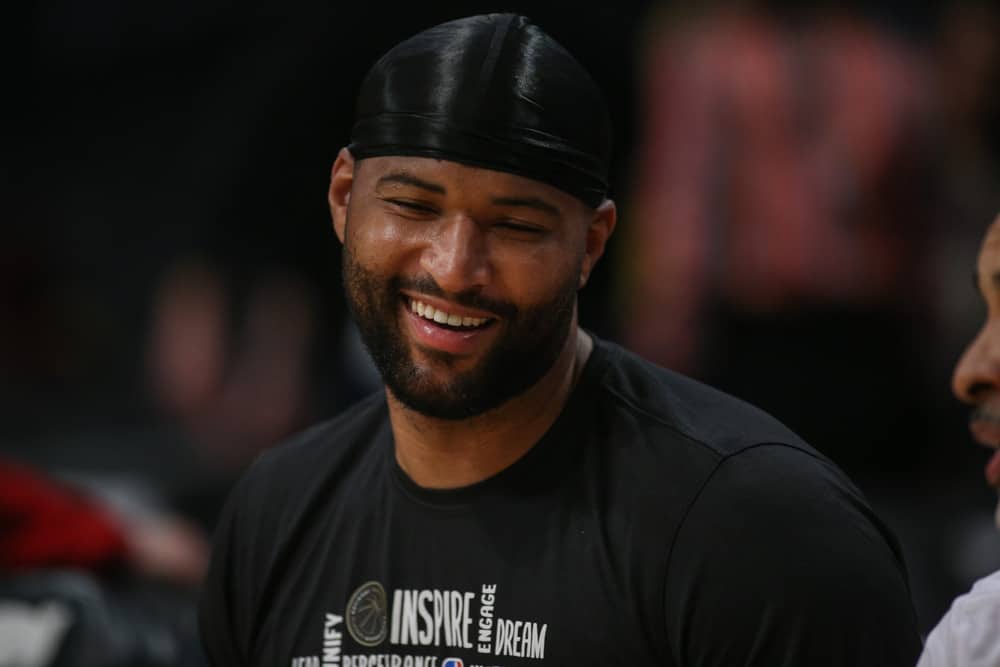 DeMarcus Cousins never played a single minute for the Los Angeles Lakers, but that did not stop him from taking a shot at his former teammate.

Kuzma responded by laughing off the light-hearted jab and treated it as nothing more than playful banter.

After securing his first-ever championship, it is likely going to take a lot more to rattle Kuzma.

Though the Lakers waived the four-time All-Star in February to make room for Markieff Morris, there is still a chance that they offer him another deal.

Behind Anthony Davis, the only other big man the Lakers have under contract for next season is Javale McGee.

Even so, McGee still has the opportunity to opt-out and sign with another team.

Dwight Howard could return as well but is garnering plenty of interest from other postseason contenders.

Therefore, the best option may be to give the mercurial yet talented center one more chance.

Cousins clearly has a proven rapport with the current roster and even reached out to Davis after the Finals.

Considering his injury history, it shouldn’t take much money to convince Cousins to return to the purple and gold.

Cousins originally signed with the Lakers in the summer of 2019 on a one-year, $3.5 million deal.

The team envisioned pairing him with Anthony Davis to form one of the most dominant frontcourt tandems in the league.

A torn ACL during workouts, though, prevented that formidable duo from ever coming to fruition.

He suffered a torn Achilles in 2018 with the Pelicans and ruptured his quad muscle that cost him most of the Warriors’ playoff run in 2019.

However, the 30-year-old is determined to show that he can still play at an elite level.

“ Patience is bitter, but it’s fruit is sweet. “ pic.twitter.com/pepq2IVGIg

“I’m workin’. I just feel like I went back into the lab and critiqued everything about myself,” he said in the video. “My mindset is different, my understanding is way beyond what it was before. I’m an all-around player. I can do everything. I can play any position. I feel like I was one of the originators for bigs that could do that.”

The video is a reminder that when healthy, Cousins is amongst the most dominant forces in the NBA.

In his nine-year career, he has averaged 21.2 points and 10.9 rebounds per game.

He combines a physical style of bully-ball in the paint with a surprising amount of touch with his perimeter shooting.

And despite his increased risk of another severe injury, there are likely several teams still willing to take a flier on Cousins.

He may not be the player he once was, but he is still talented enough to contribute to a contender.