You are here: Home / Sports / NBA / Damian Lillard Is Once Again Leading His Team 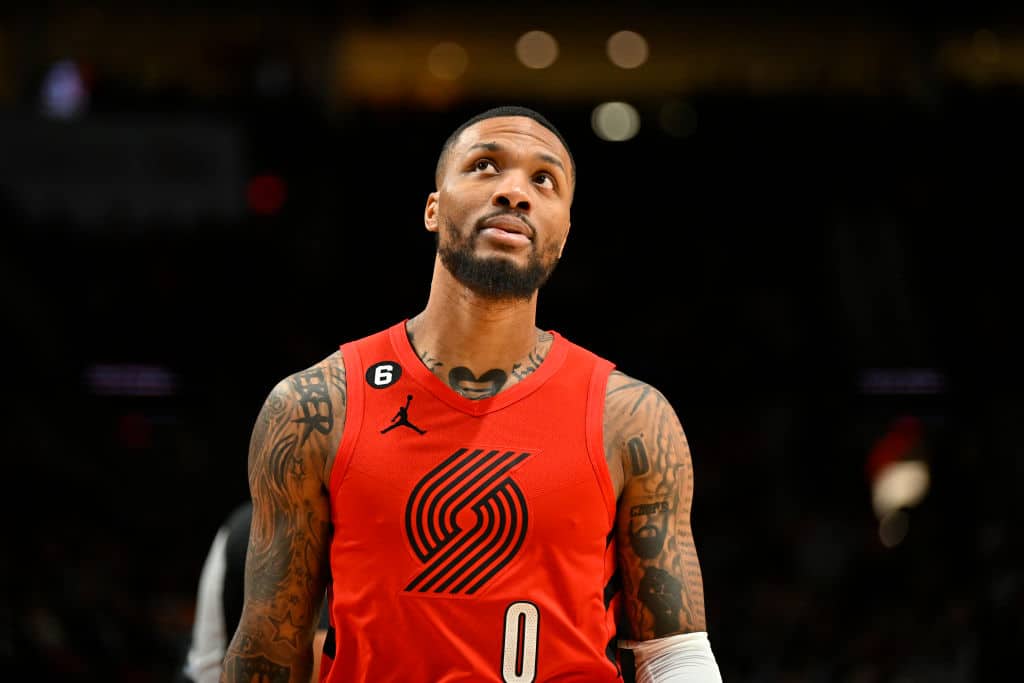 Once again, the Blazers have been relying on their biggest star, Damian Lillard.

Lillard, now in his 10th year in the NBA, has been on fire lately.

Leading the Trail Blazers in PPG, APG and 3PM this season. pic.twitter.com/oIhY2bKRus

Lillard now leads his team in points, assists, and threes made this season.

This is not a bit surprising coming from Lillard, who has long been called one of the best guards in the NBA.

It’s also wild that he’s still the best guy on his squad.

That is a point of contention for many Blazers fans who wish the front office would do more to give Lillard reinforcements.

Obviously, athletes like Anfernee Simons, Jerami Grant, and Jusuf Nurkic are doing some great work but the team is still 10th in the West.

For years now, Blazers fans have seen Lillard thriving alongside a group of teammates trying to keep up.

And for years now, Portland has consistently come up short.

Some people feel that Lillard will be leaving the team soon if it doesn’t find great success.

But that rumor has been floating around for years and Lillard has only grown more committed to his crew.

The Blazers will be starting a home-game stretch against the Philadelphia 76ers, Los Angeles Lakers, San Antonio Spurs, and others in a few days.

Will Lillard be able to keep up with these astonishing numbers?

The Trail Blazers Are Still Committed To Their Superstar

Damian Lillard Opens Up About Another Tough Loss

Damian Lillard Is Once Again Leading His Team