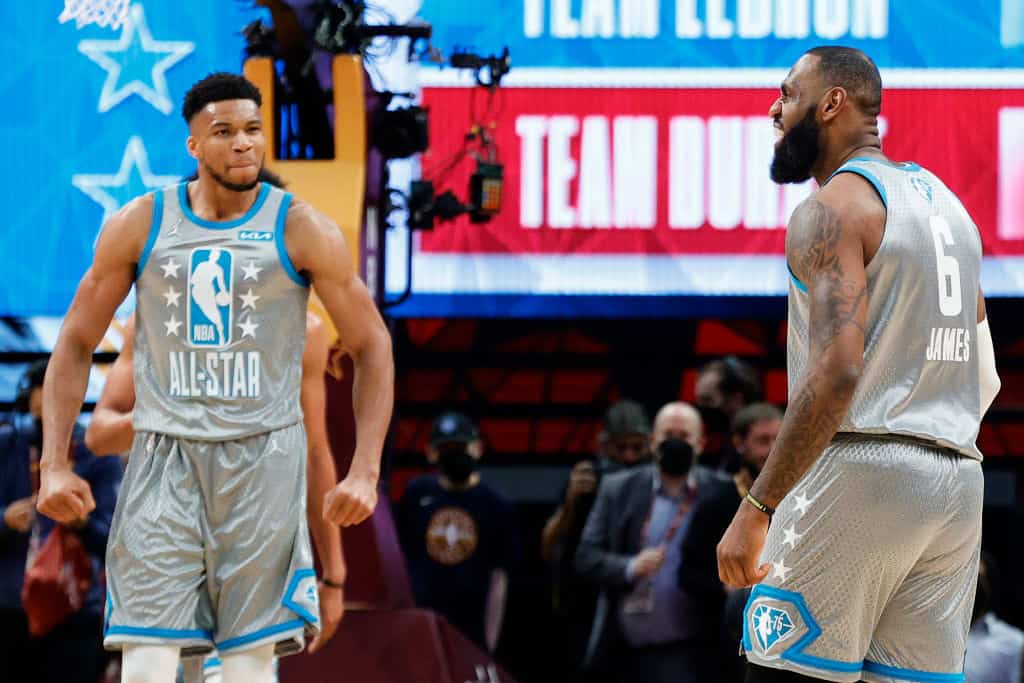 Believe it or not, we are just a few weeks away from the NBA All-Star Game.

It feels as if the season just began but the 2023 NBA All-Star Game will be held on Sunday, February 19 in Salt Lake City, home of the surprisingly fun and scrappy Utah Jazz.

Around this time every year, attention is closely paid to fan voting.

Fan voting counts for 50% of the selection process, with the other 50% being split between current players and media.

Therefore, the voice of the fanbase is strong and loud.

A lot can change between now and February 19 but the initial results of voting show that followers of the league are really loving a few star players.

As expected, LeBron James of the Los Angeles Lakers, Kevin Durant of the Brooklyn Nets, Stephen Curry of the Golden State Warriors, and Luka Doncic of the Dallas Mavericks are just some of the most popular choices.

Giannis Antetokounmpo, Nikola Jokic, and Jayson Tatum have also nabbed a lot of selections too.

There are some surprises, however: Austin Reaves of the Lakers is in the top ten for Western Conference guards.

Meanwhile, Tyrese Haliburton has done the same for the East.

Paolo Banchero is 8th for frontcourt players in the East, a huge feat for a rookie player and a sign that the former number-one pick is really creating magic in Orlando.

It’s great to see Zion Williamson and Kawhi Leonard back in the running, now that injuries have (mostly) subsided for them.

And it’s also great to see Shai Gilgeous-Alexander be recognized for the amazing work he is doing in Oklahoma City.

Will this list change a lot in the weeks ahead or will fans remain consistent with their choices?

If players want to make a splash and hop into the running, they better get to work quickly.

The Rockets Are Reportedly Hoping To Make Big Moves

The Bulls Had A Very Bad Week

Luka Doncic Is Getting Into Dangerous Territory

The NBA Eastern Conference Is Getting Tight

The Mavericks May Say Goodbye To A New Favorite

The Mavericks Wait On An Urgent Luka Doncic Update