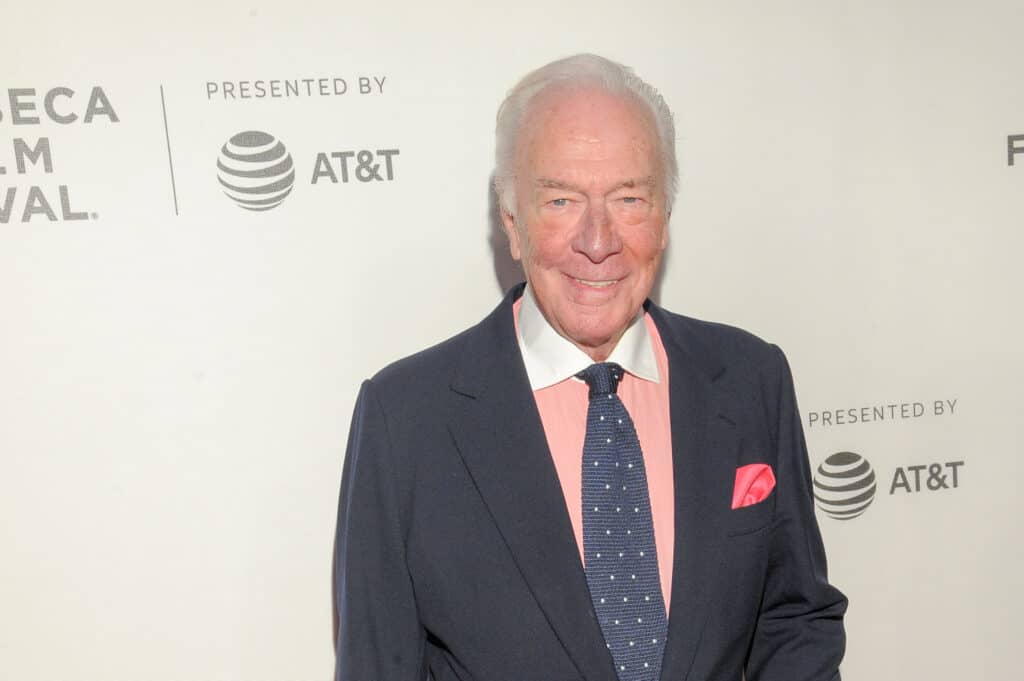 Acting legend Christopher Plummer died on February 5, 2021 at the age of 91.

No cause of death was formally given; it is reported that the actor died peacefully in his Connecticut home.

His wife of 53 years, Elaine Taylor, was with him when he passed.

Taylor told the Canadian Press that Plummer had fallen and hit his head.

After a brief hospital visit, he returned home.

“He fought the good fight. But eventually I think he thought… ‘Exit stage right.’”

Plummer had a long and extraordinary career.

Here are 3 cold hard facts about his life.

Arthur Christopher Orme Plummer was born on December 13, 1929 in Toronto.

His parents divorced when he was young so he moved with his mother to Senneville, Quebec near Montreal.

As a result, Plummer spoke fluently in both French and English.

Initially, he had interest in playing the piano, but the acting bug hit him when he was in high school.

He always regretted never going to college, but he honed his acting chops at the Montreal Repertory Theatre where he started out as an apprentice.

As a teenager in 1946, one of his performances caught the attention of a Montreal Repertory Theatre critic, and that paved the way for his future success.

He would go on to appear in film, television, and stage productions for more than fifty years.

Finally, he earned the Best Supporting Actor Academy Award in 2011 for his work in the film Beginners.

2. Loved and Admired By Many

Tributes to Plummer came quickly as the news of his death broke.

“Chris was an extraordinary man who deeply loved and respected his profession with great old fashion manners, self deprecating humour and the music of words. He was a national treasure who deeply relished his Canadian roots. Through his art and humanity, he touched all of our hearts and his legendary life will endure for all generations to come. He will forever be with us.”

“I had the pleasure of working with Christopher and crossing swords with him in Dolores Claiborne. A true craftsman. One of the greats. A lovely human being. ‘Good night, sweet prince. And flights of angels sing thee to thy rest.'”

Chris Evans who starred with Plummer in Knives Out in 2019 tweeted:

This is truly heartbreaking. What an unbelievable loss. Few careers have such longevity and impact. One of my favorite memories from Knives Out was playing piano together in the Thrombey house between set ups. He was a lovely man and a legendary talent. 💙💙💙 https://t.co/eFwNVe762w

3. Best Known For The Sound of Music

christopher plummer and julie andrews behind the scenes of the sound of music pic.twitter.com/ZchUBfykmC

Over the years, he openly spoke about his boredom with the role he is perhaps best known for, as Captain Von Trapp, in the 1965 hit, The Sound of Music.

He did not participate in the 40th reunion in 2005 and famously called it S&M instead of the full name.

Plummer did talk about his crush for co-star Julie Andrews.

They worked beautifully together and became life-long friends.

“The world has lost a consummate actor today and I have lost a cherished friend. I treasure the memories of our work together and all the humor and fun we shared through the years. My heart and condolences go out to his lovely wife Elaine, and his daughter Amanda.”

In addition to his impressive body of work, Plummer wrote a memoir in 2008 called In Spite of Myself which is still a bestseller.