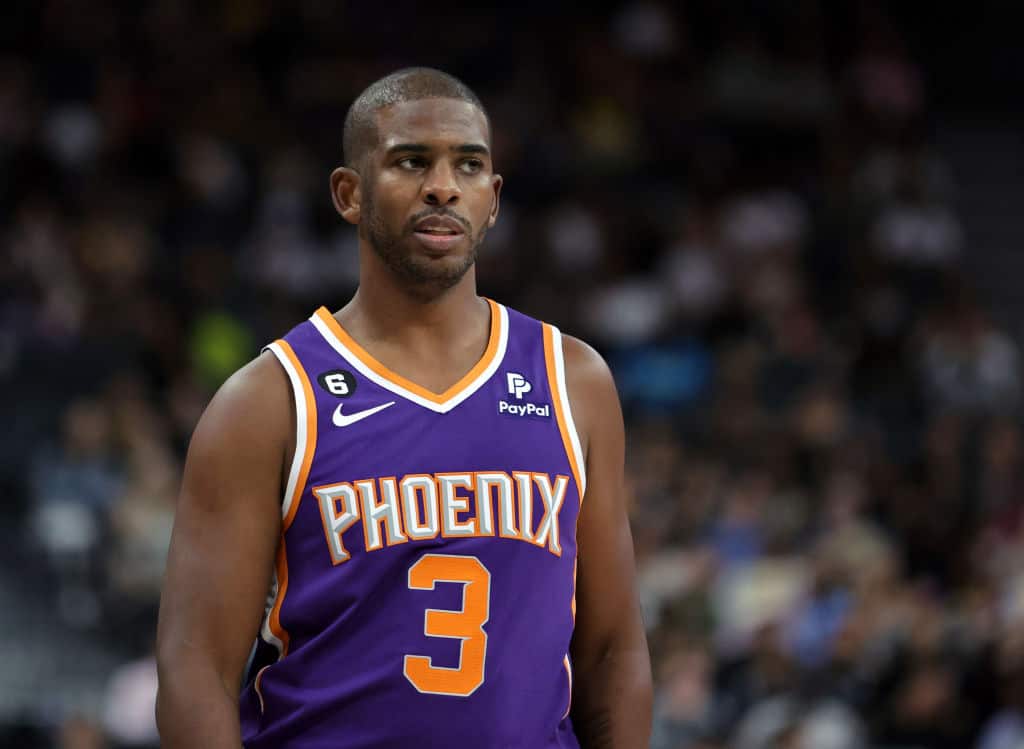 The Phoenix Suns are doing quite well so far this season and the chances of them returning to the NBA Finals after a year away are quite high.

There are several fantastic stars doing wonderful things for the team currently, such as Devin Booker, Mikal Bridges, Cameron Johnson, and Deandre Ayton.

Of course, Chris Paul is also part of the team’s strong lineup.

But the man that many call the “point god” is lacking right now.

Chris Paul is having the worst shooting start to a season of his career this year.

His second worst (next closest) start through seven games came in the 2018-2019 season, where he shot 39.6% from the field. pic.twitter.com/IFtHPTd8JM

Paul is having the worst shooting start to a season of his career right now.

Through the first seven games, his average is 10.1 points on a 35.9% field goal percentage and 23.1% from the three-point line.

Is time catching up with Paul or is he just off to a rocky start?

The good news for Paul right now is that there is still obviously plenty of time left in the season.

Therefore, he can still turn things around and become the legitimately terrific point guard that he usually is.

Since the start of the season, fans have seen Paul focusing a lot more on assists than shooting.

He is currently delivering 11 assists a game and is the league leader in that department.

This is his highest assist number in years and it shows that he knows his shooting percentage has dropped.

But instead of just throwing up his hands and sitting on the bench, Paul is attempting to help his team in other ways.

If he can keep up that number of assists – and improve his shooting – the godly view of Paul will return.

The Suns Are Losing An Important Part Of The Roster

The Suns Can Always Rely On One Consistent Player

One Of The NBA's Best Players Celebrates A Big Day

The Hunt For A New Suns Owner Heats Up

Chris Paul Showed Why He's So Special On Tuesday Night

The Suns' Big Gamble Paid Off

Devin Booker Stepped Up When His Team Needed Him Most

Steph Curry Gave A Literal Shout Out To His Former Teammate

The Suns Want To Go Cheap With Deandre Ayton

Is This Season The Suns' Last Shot At The NBA Championship?