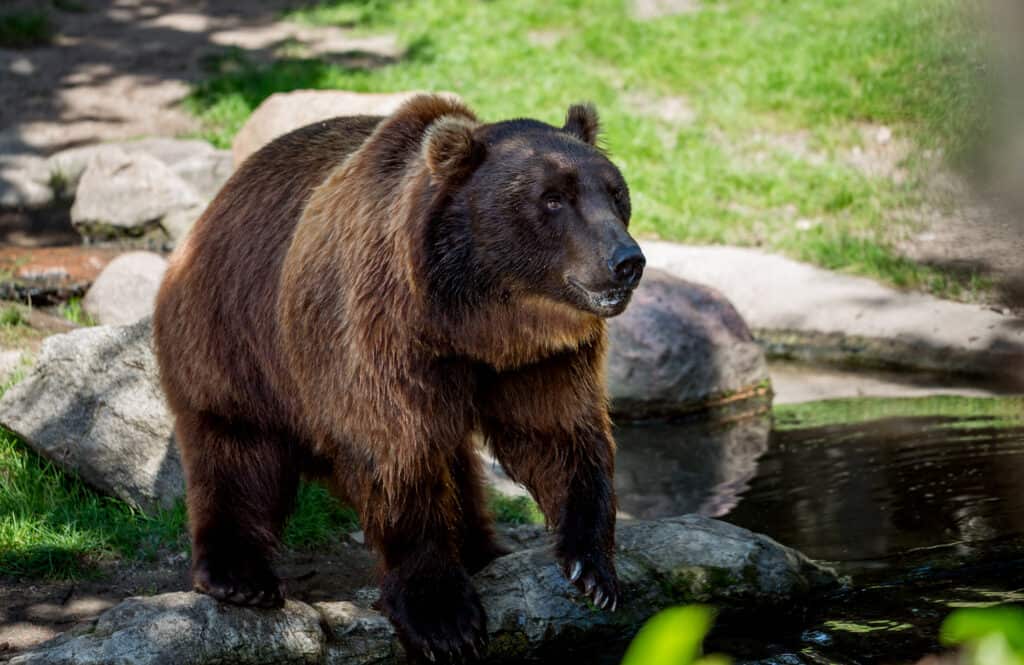 In what can only be described as a horrific and tragic incident, a zoo worker in Shanghai, China has died.

Mauled to death by bears in the Shanghai Wildlife Park’s “wild beast area”, his death was witnessed by visitors to the zoo.

In the Shanghai Wildlife Park’s wild beast area, wild animals including lions, tigers, wolves, and bears are free to roam.

The section of the zoo is a drive-through area, and buses travel through it.

While visitors drove through, they noticed bears chasing the zoo employee.

Someone shot a video of the incident that circulated on Chinese social media outlet Weibo over the weekend.

Other media outlets chose not to show the video given the sensitive nature of it.

Audio of the video reveals the tourists screams.

One bus passenger is heard screaming, “There is someone!”

Another person says, “What’s going on?”

Reportedly, there was another individual in the area who attempted to drive an excavator truck toward the bears to scare them away.

His efforts were unsuccessful.

The zoo issued a statement that read in part:

Inconvenience is an interesting choice of words as noted by a Twitter user.

"the Shanghai Wildlife Park said it was 'extremely distressed that such a tragedy occurred', adding that it also 'apologised to tourists for any inconvenience caused'."

“At present, our park is actively cooperating with relevant departments to conduct an incident investigation.”

A #Chinese animal park has promised to improve safety after one of its workers was fatally attacked by #bears in front of a tourist bus.

The accident at the #Shanghai Wildlife Park took place on Saturday in the zoo's "wild beast area". pic.twitter.com/VAD0RCAY5C

The identity of the worker is unknown at this time.

It is unclear which species of bears, brown or black, was involved.

The safety protocols of the zoo are also not known but certainly open to further review.

Not surprisingly, that section of the zoo is closed until further notice.

Unfortunately, this is just the latest death of a zoo employee.

In July, a Swiss zoo worker was killed by a Siberian tiger.

Visitors to the zoo also witnessed that attack.

In May, a 35-year-old female Australian zoo keeper survived an attack and mauling by two lions.

This string of incidents brings up the age old question of whether wild animals should be contained in a zoo or park environment.

Furthermore, should the public be able to view the animals, and should these animals accustomed to being in the wild have caretakers?