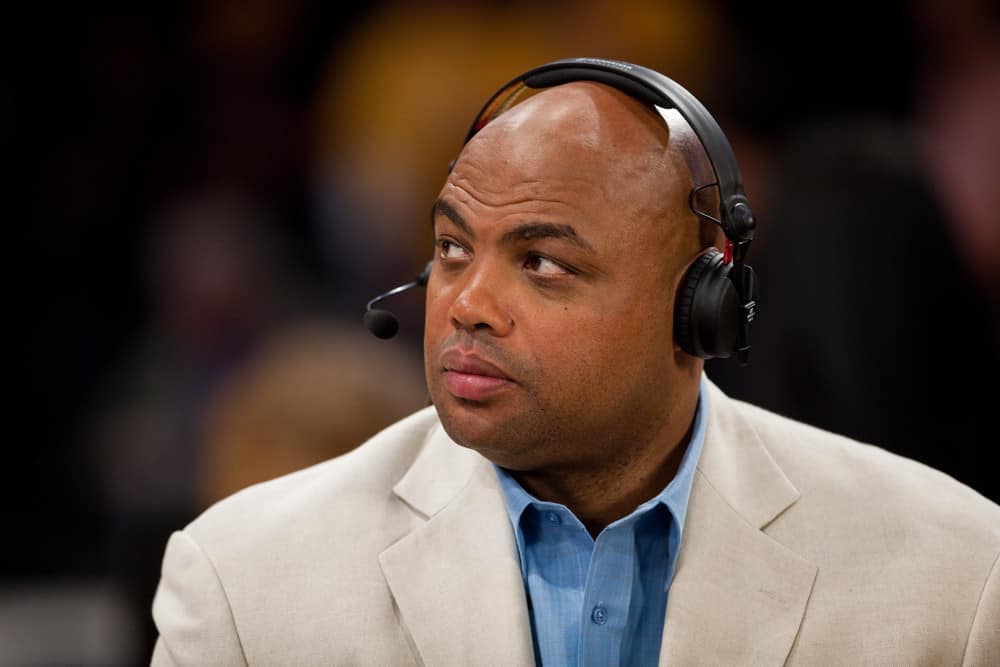 LeBron James is looking his capture his fourth championship ring with his third team.

LeBron of course captured his first two championships with the Miami Heat when he formed a big three of Dwyane Wade, Chris Bosh and himself.

Perhaps, LeBron’s greatest accomplishment came when he won his third NBA Championship against the Golden State Warriors in the 2016 NBA Finals.

Doing what was never done before — overcoming a 3-1 deficit in the NBA Finals — to a team that just had broken the record for best regular season ever (73-9) with the back to back first-ever unanimous MVP, Stephen Curry.

The infamous Sir Charles Barkley was a guest on Jimmy Kimmel Live and provided America — as he always does — with an interesting opinion on a certain topic.

In discussing where LeBron ranks in the “conversation”, Barkley said the following:

“If they (Lakers) win this championship, I might put him (LBJ) with Kobe Bryant. In my opinion, LeBron is a great player and a great man. I got him one slip behind Kobe Bryant.


Now, if he wins this year, I might put him on the same level with Kobe. But until he wins another championship, in my opinion, he hasn’t passed Kobe Bryant.”

Sir Charles has said it numerous times on live television that Michael Jordan is the greatest player he has ever seen play this game.

While Kobe is the closet thing we have seen to Michael in terms of mindset and being an assassin on the court, LeBron is arguably the most athletic player we have ever witnessed.

Ironically, this season is dedicated to the late great legend, Kobe Bryant.

If LeBron is able to capture his fourth championship with an historic organization during the time of a national pandemic and in the same year that we lost Kobe, that will definitely boost LeBron up in the power rankings of who the “best ever” is.

Throughout his stellar 17 year NBA career, LeBron has been debated as the best to ever do it.

His opposition in the debate is none other than Michael Jordan, who many believe is the actual GOAT.

Jordans teammate, Scottie Pippen, weighed in on the debate a couple years ago. Here is what he had to say:

Scottie Pippen says LeBron James should be compared to him, not Michael Jordan. (via Northeast Ohio Media Group) pic.twitter.com/ix2ltQPEqL

Pippen of course played with Michael Jordan throughout all the championship years and witnessed first hand what kind of player Jordan was.

There are others who do feel LeBron has done enough to surpass Michael Jordan as the best to ever play the game.

Former NBA player, Jason Williams, weighed in on the debate himself posting a long message on Instagram stating his opinion about who the real goat is.

In the era of social media, no one will truly agree on a definitive answer, but it is entertaining to see the back and forth between people with differing opinions.