The Cleveland Cavaliers continued their curious offseason with their most recent singing of Tacko Fall to a non-guaranteed contract.

The addition of Fall makes Cleveland’s roster the tallest in the league by a significant margin.

At 7-foot-5, Fall towers over most in the league.

Each of these bigs landed in Cleveland during this calendar year, with Allen, acquired last season via trade, being the longest-tenured.

The Cavaliers roster sports no shortage of size.

But in the age of small-ball lineups, the team missed the playoffs yet again, finishing last season with a dismal 22-50 record.

Cleveland landed the No. 3 overall pick in the 2021 NBA Draft as a result, and opted to select the high-upside big-man Mobley out of USC.

Then, the Cavaliers inked Allen to a $100 million contract to remain the team’s defensive anchor.

But the Cavaliers didn’t stop there.

Although the subject of trade rumors this offseason, Sexton led the Cavaliers in scoring last season, averaging 24.3 points per game.

His backcourt mate, Garland, averaged 17.4 points and 6.1 assists per game.

That would leave Love and Markkanen as well as newly acquired Ricky Rubio, and Cedi Osman, as the main reserves in the rotation.

What that means is, Fall’s non-guaranteed deal seems more like a training camp tryout more than anything else.

Tacko Fall, a source tells @clevelanddotcom, will be receiving a camp deal from #Cavs. Similar to Thon Maker last year. Fall will come to camp and compete for one of the final roster spots or a two-way contract. (Now I’m getting back to my vacation).

Coming out of the University of Central Florida, Fall’s overwhelming size intrigued the league, especially considering his 8-foot-4 wingspan.

But a lack of lateral quickness and unrefined offensive skills ultimately led to the big man going undrafted out of UCF.

Fall latched on with the Celtics after the 2019 NBA Draft and spent two unremarkable seasons with the team.

In 26 games with the Celtics over those two seasons, Fall averaged just 2.7 points, 2.6 rebounds, and 0.9 blocks per game.

Unless Fall impresses during training camp, it’s hard to imagine Cleveland keeping this much size.

But then again, the Cavaliers might not be done adding size either.

The 7-foot center came as part of the return package for JaVale McGee from the Denver Nuggets.

Hartenstein averaged 8.3 points, 6.0 rebounds, 2.5 assists, and 1.2 blocks per game over 16 appearances for Cleveland after the trade.

Nikola Jokic Wants To Be Like An Iconic NBA Legend 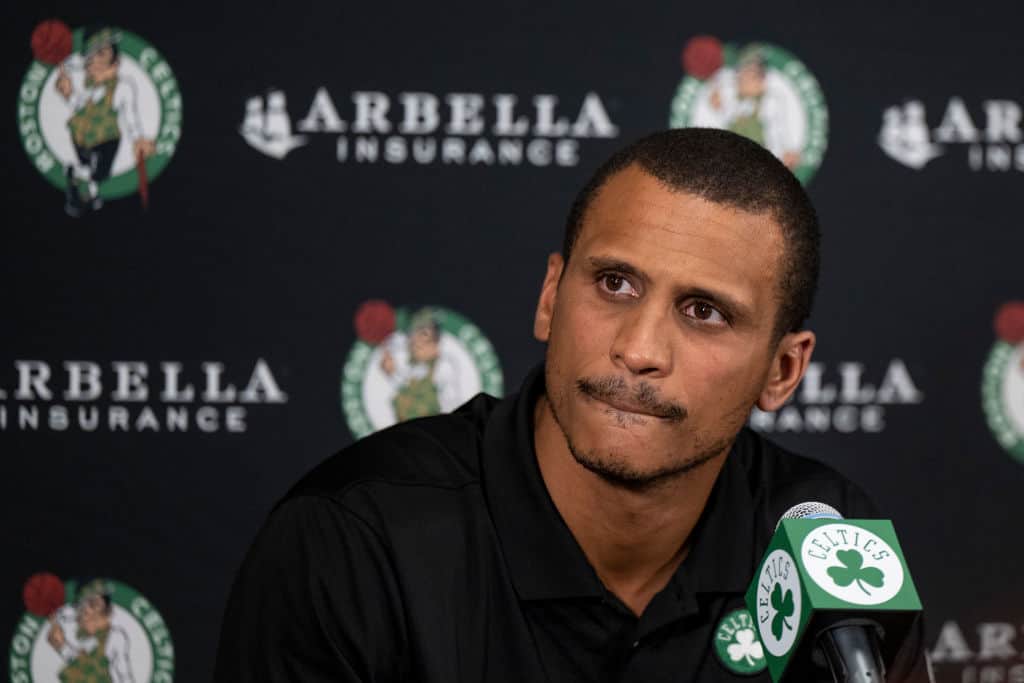