You are here: Home / Cold Hard Facts / Can You Use An All-In-One Computer As A Monitor? (Explained) 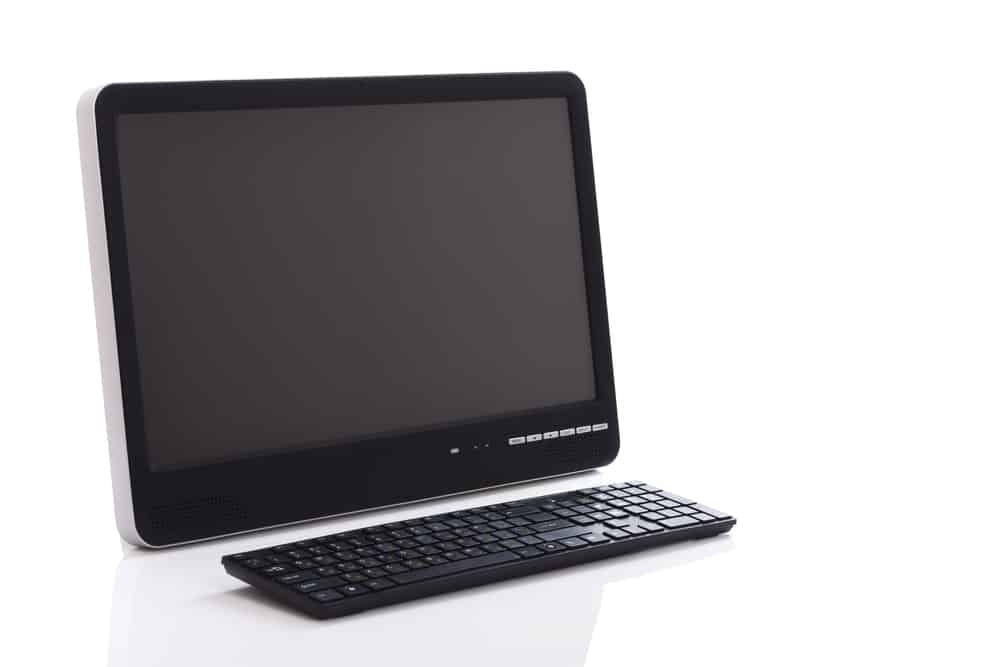 All-in-one computers (AiOs) are popular today because of their aesthetically pleasing and compact designs.

Instead of having a separate tower and monitor, they combine the two in one unit and leave extra space on your desk.

What if you need a second monitor for another PC?

Can you use these compact PCs as a monitor for another computer?

Can You Use An All-In-One Computer As A Monitor? 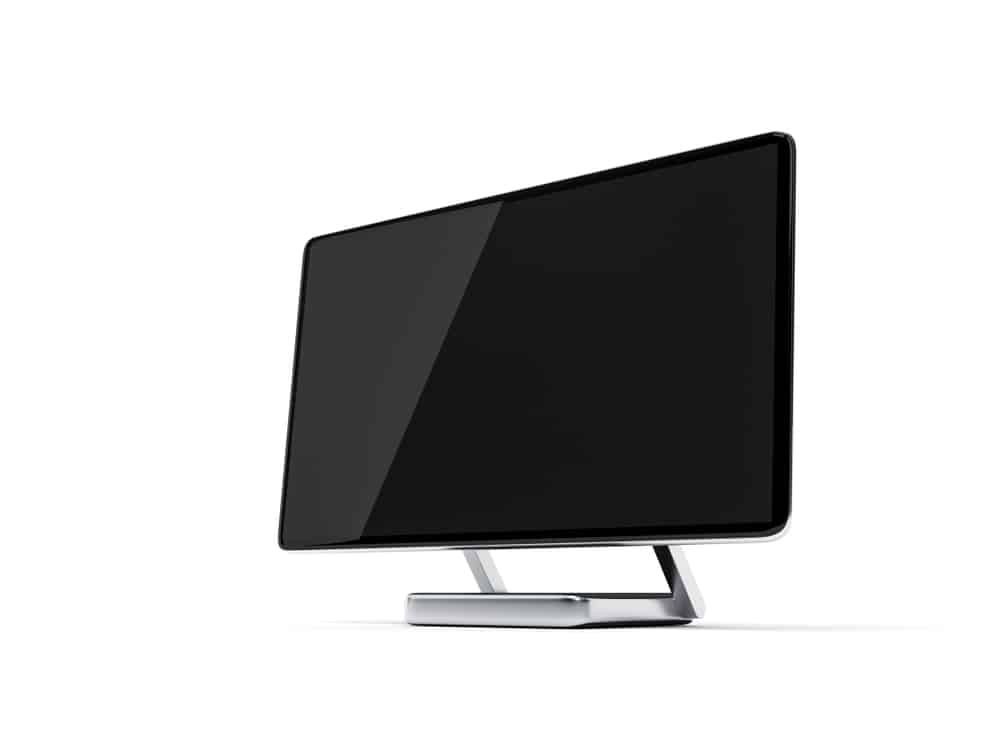 If an AIO has a Display IN port, it can be used as a second monitor.

A monitor needs a “Display IN” port to show the operations of a separate tower or computer.

However, as an AIO contains a motherboard, CPU, GPU, and other components, many AIOs don’t have a display IN port.

In such cases, some people use software to reflect the content of the other monitor on the AIO, which usually results in a poor display.

The sole input connection in many AIOs is HDMI ports.

You can connect a second monitor to your AIO with an HDMI cable or a USB Display Adaptor if the other monitor lacks an HDMI port.

When you connect a USB Adapter to the USB port on your monitor, you can have at least one extra screen.

How Can You Use An All-in-One Computer As A Monitor? 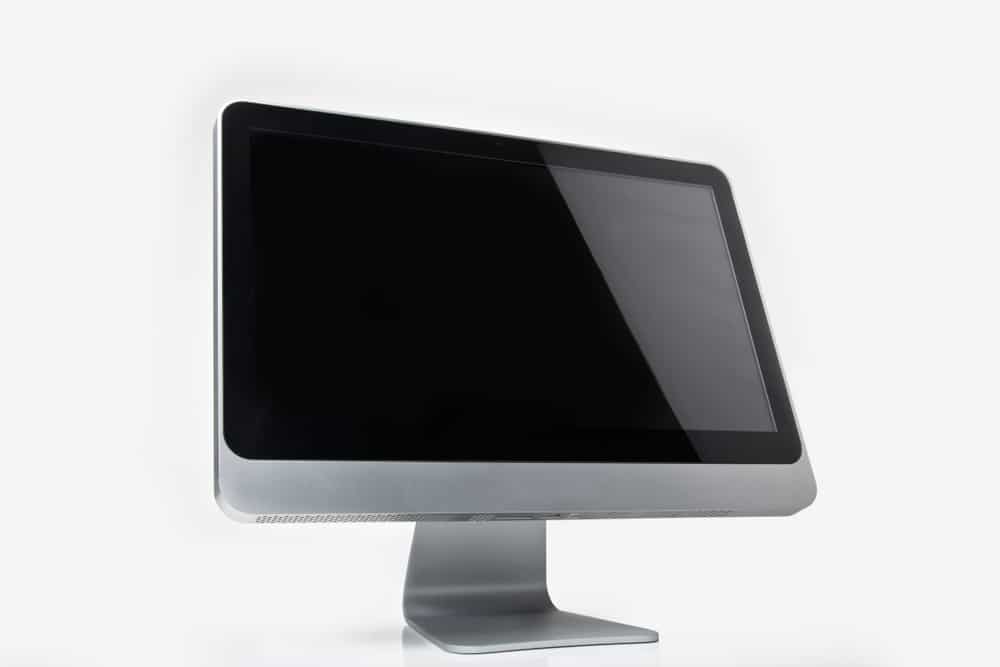 If you have an extra all-in-one monitor and want to use it as a display for another computer, consider the following tools: 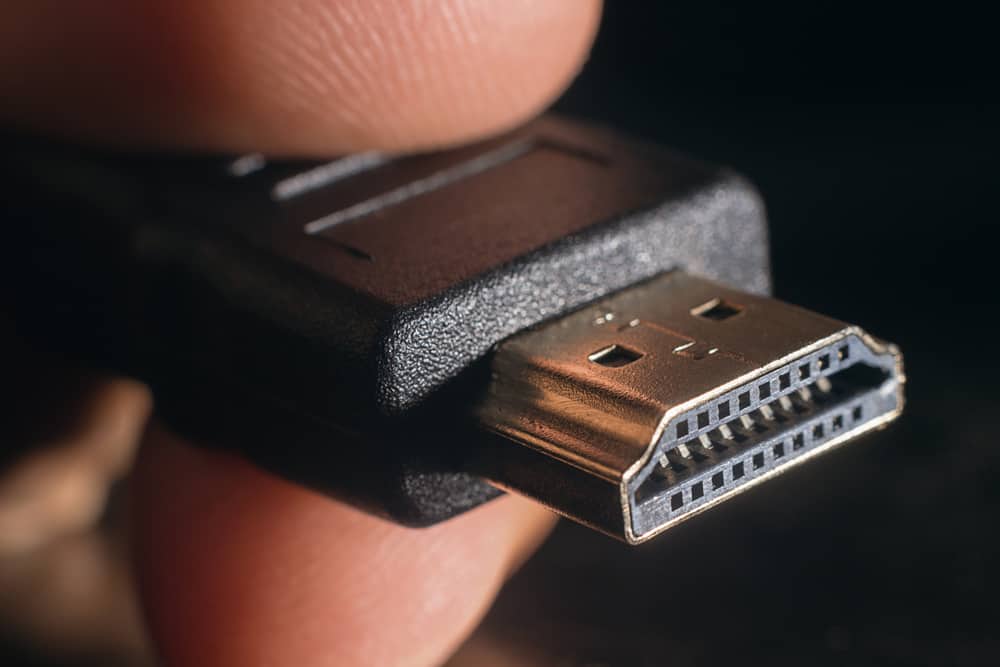 The cardinal part of an AIO is its high-resolution screen, and all other accessories are squeezed behind or underneath it.

Thus, as the monitor isn’t a distinct unit, using it as a second monitor requires some hardware.

If your AIO has a display-in port, you can use it as a secondary monitor by simply connecting its input port to the main computer’s Out Port using a display cable.

Remember that these two ports should be of the same type.

Otherwise, you’ll have to use an adapter.

Look for an “IN” label on your AIO to find the input port.

If the port isn’t labeled, it’s probably an out port.

Look up the model on the internet or consult the specs sheet if you have trouble finding the right port on your computer.

Unfortunately, most AIOs only have a display Out port, which makes it hard to use them as monitors for other computers.

If you can find the right port on your AIO, you can connect it to another computer using the following instructions:

When connected, the primary computer will use the AIO as its secondary monitor.

If you need to change the display settings on your Windows device, search “display” from the search bar on the primary computer and adjust the resolution, brightness, or any other features you prefer.

To do so on a Mac, you can search “display” on Spotlight or open System Preferences and click Displays.

Note. The HDMI port on the AIO monitor has to be an In port.

Otherwise, you can’t use it to connect the devices.

DisplayPort is a newer technology than HDMI and is gradually replacing it.

Connecting two devices with a display port is the same as HDMI, and you can control the AIO from the main PC’s display settings.

VGA is an old connection type, and you might not find it on many computers.

However, if your AIO has a VGA-in port and the main computer has a VGA-out port, you can connect them with a cable and enjoy your AIO as a secondary monitor.

You can also use converters if your computer has a VGA port, but the AIO doesn’t.

If your AIO lacks these input ports, you can connect it to another PC using a USB converter.

USB converters contain the hardware required for converting the signal from the ports.

To use your AIO as a secondary monitor, choose a convertor that matches the output port on the primary computer and the USB type on the AIO. 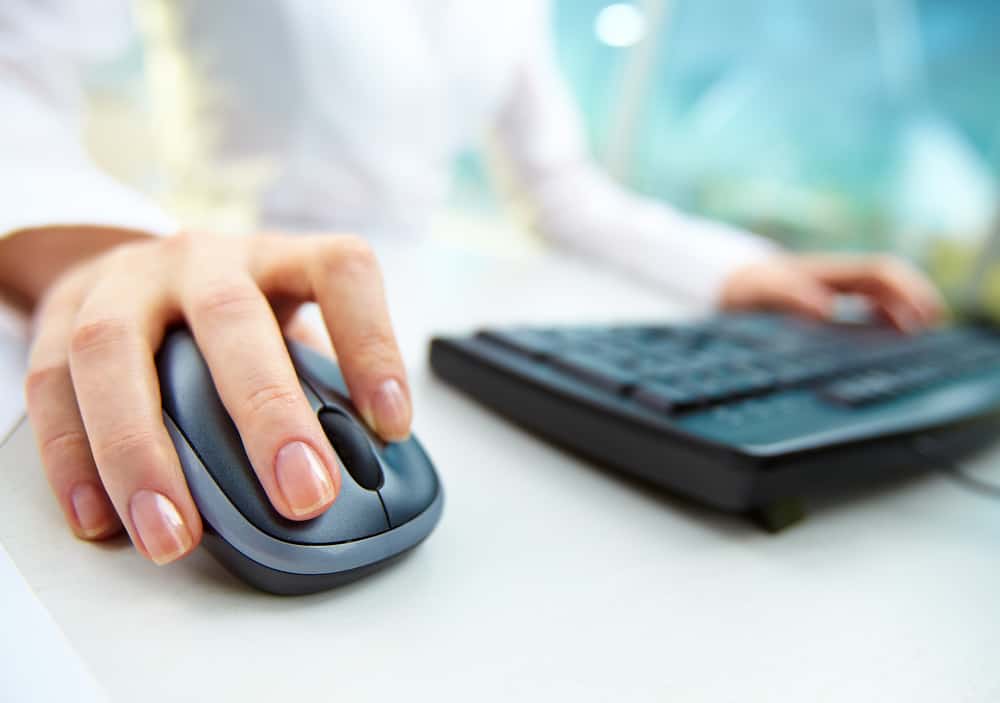 Some Windows 10 computers support an option called “PC projection,” which allows you to use your AIO as a secondary monitor.

To ensure both computers support it, open the search bar on each of them and type “PC projection.”

Then open the PC projection settings and check the requirements.

If both of them support it, follow the steps provided in the setting to project the cast content of another PC to your AIO.

Today, some software, such as Remote Desktop, can connect two running computers with a WiFi connection.

Some individuals see such software as a solution to the lack of a display out port on their AIO.

However, this method isn’t like having a secondary monitor.

You’re just controlling your AIO computer from another computer.

Therefore, you can’t drag files or windows between monitors.

You can only project what you do on one PC on two screens.

Using such software has some risks.

It enables others to control your device, so only download from reputable sources.

Microsoft and Apple have their own remote desktop software, but you should stick with verified brands if you can’t use them.

WiDi is an old wireless connection provided by Intel that still runs on some PCs.

If nothing else works, look up the primary computer and AIO model to see whether they support it.

If they do, follow these steps to use your AIO as a monitor for another PC.

How Can You Use An AlO Computer As A Gaming Console Monitor? 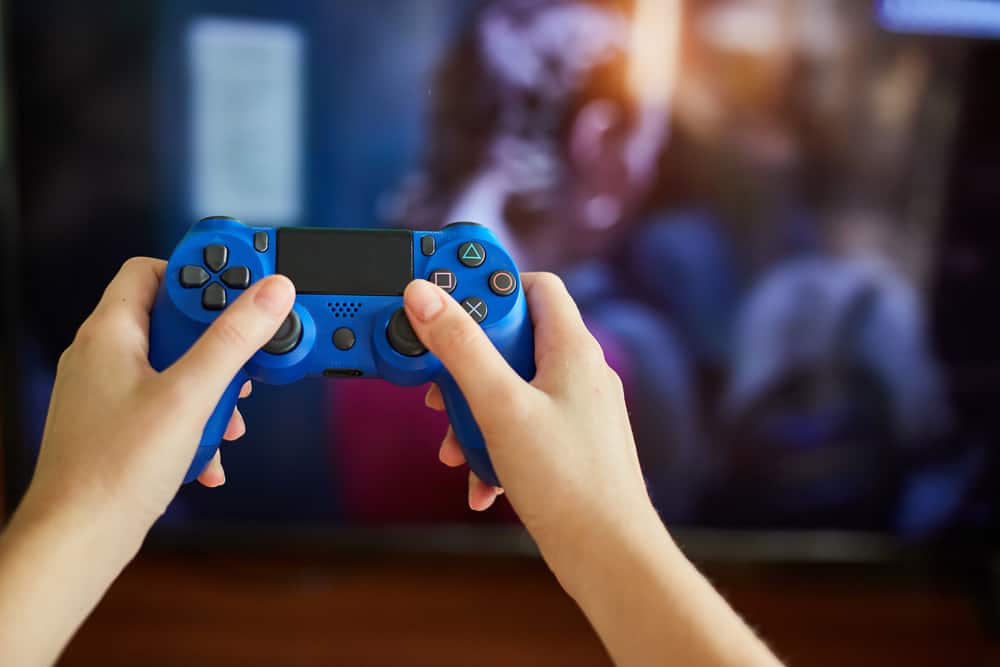 If an AIO computer has a compatible input port, such as HDMI or DisplayPort, you can use it as a gaming console monitor using a connection cable.

Remember that your AIO computer is running even in the display mode, and the mouse and keyboard can control it.

Therefore, save and close every open file before linking the devices with the HDMI cable to prevent unwanted changes.

Also, use the right cable based on the ports on both devices.

For example, you can use an HDMI connector or composite audio-visual (A/V) connectors to connect an HP Omni27 AIO to a gaming console or video player that supports HDMI video.

To do so, ensure that both devices are turned on and then plug one end of the cable into the gaming console or video player and the other end into the AIO.

If you use external speakers, insert their audio cable into the A/V connector.

To adjust the display settings, such as brightness, color, or contrast, use the display menu buttons on the AIO or the remote control.

Many AIOs will immediately take the signal and display the game after you connect the devices with a cable.

If your AIO has trouble doing so, you’ll have to push the display source button at the back of your PC, which might be labeled as “Input Switch.”

If you can’t find it, read the manual or search the website of its manufacturer. 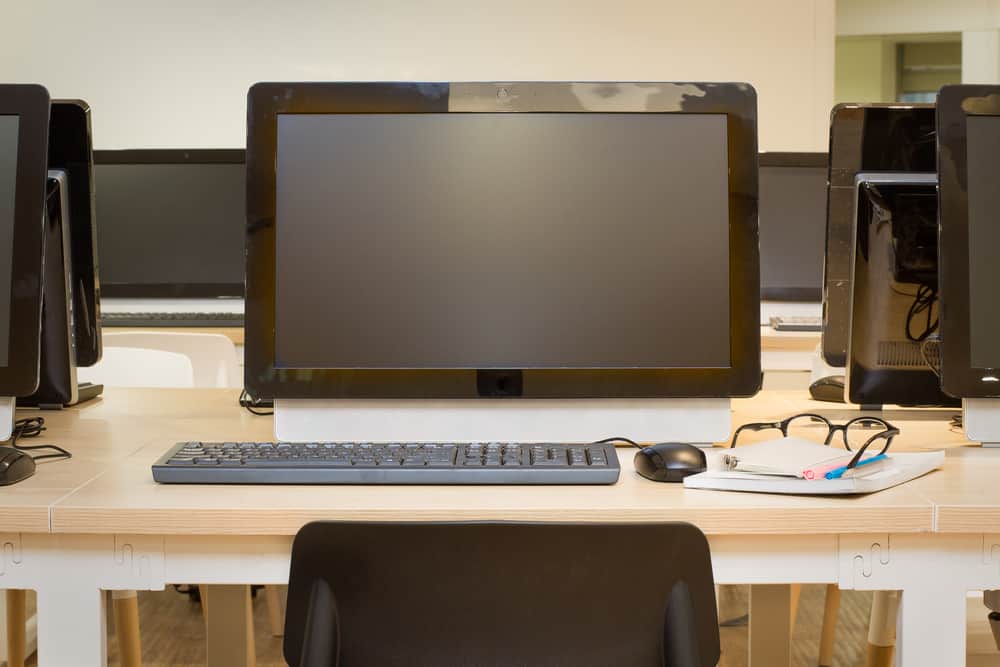 When you connect your AIO to a gaming console, you may encounter different issues that make connection impossible.

Here, you can find a few issues and instructions for solving them on one of the most popular devices, the HP Omni27.

A. AIO Has Trouble Remaining In The Gaming Mode

If both the devices are on, but the display keeps going back to the PC mode or doesn’t receive a signal:

If when you switch to Game mode and start playing, the sound drops:

C. Returning To The PC Mode

To return to the PC mode after your game is done, use one of the following methods:

Advantages Of Using An All-In-One Computer 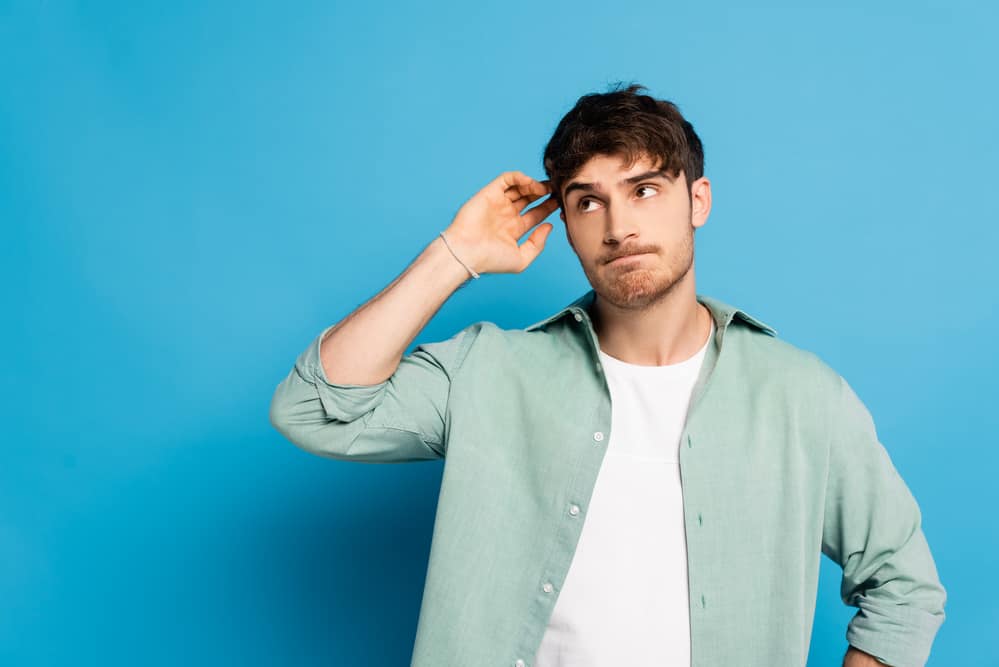 A standard desktop computer comes with separate parts, each having at least one cord and requiring some space.

In contrast, an AIO has a single unit consisting of both the desktop tower components and the monitor, a keyboard, and a mouse.

To place everything in a small unit, AIOs mainly have laptop components, which are more power-efficient and produce less heat.

They also have fewer cords than a standard desktop and give you a tidier space.

Also, this feature makes an AIO easier to set up and more user-friendly.

Just take the sleek device out of the package, plug it in, and push the start button.

Some AIOs come with a wireless keyboard and mouse, which makes them easier to set up and cleaner to work with.

Also, their touchscreens give them a trendier look and make them more convenient for people like artists who might get tired of constantly using a mouse and keyboard.

Disadvantages Of Using An All-In-One Computer 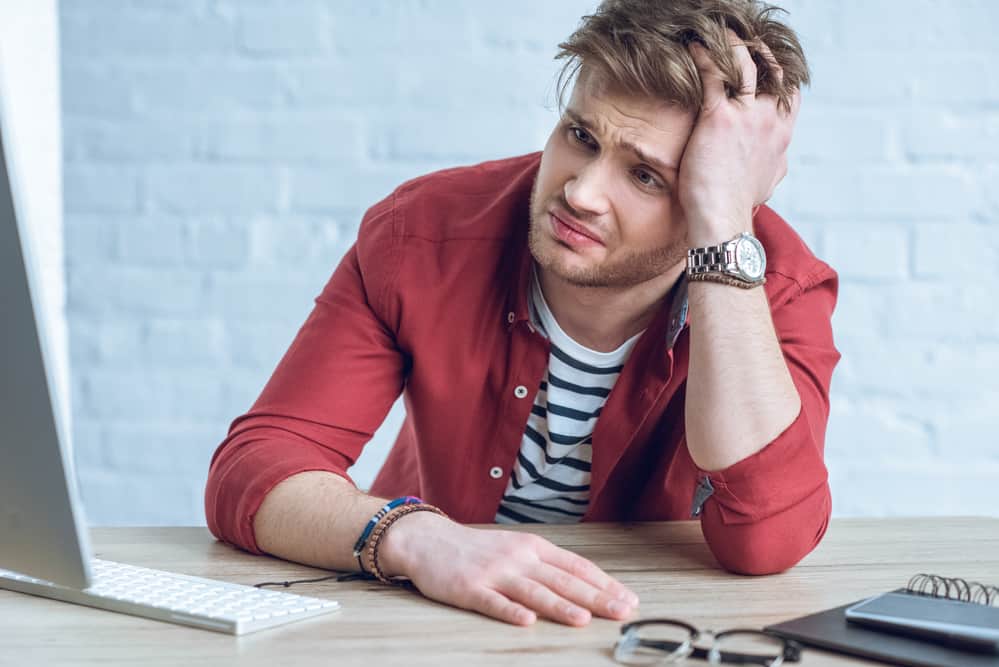 Although AIOs are more portable than standard desktop computers, they’re not nearly as mobile as laptops.

Their large screens make it hard to move around, and even if you take them with you, you’ll always need to be around an outlet.

Therefore, they use laptop components and are less powerful than high-quality desktops.

Many AIOs don’t support an external monitor, so the PC will be useless if the screen is dead.

Having everything compressed in a small space, they’re harder and more expensive to repair.

They also don’t have enough room for an upgrade and don’t allow you to customize your PC based on your requirements.

And despite all these downsides, they usually cost more than a standard desktop with the same quality.

What Else Can You Use As A Monitor? 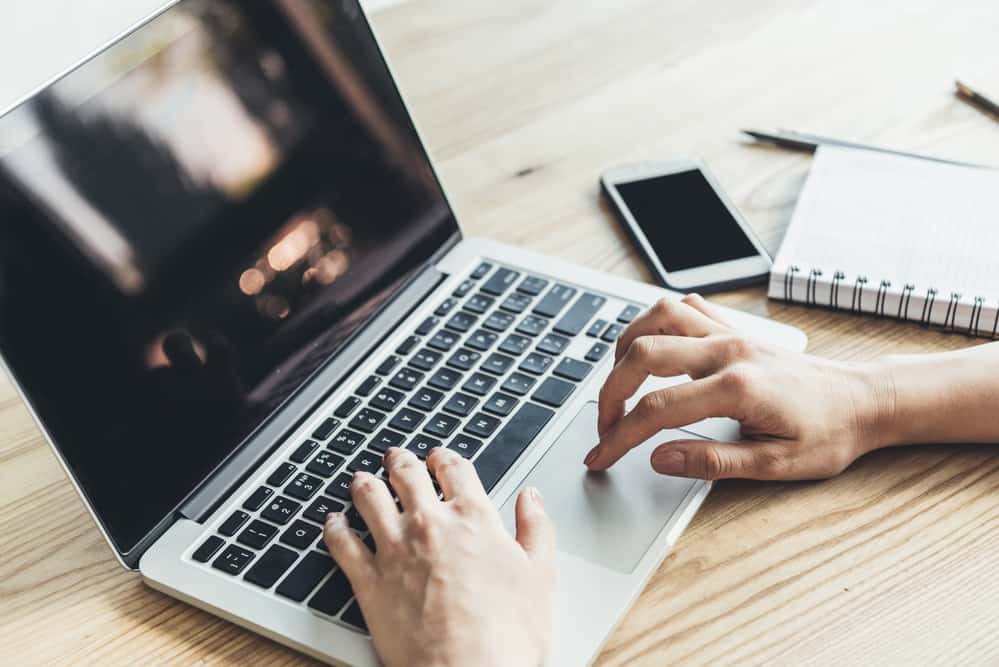 Most of us have at least one spare laptop at home.

If your laptop is still functional and runs Windows 10, you can link it to your PC as an additional display.

This wireless method uses Miracast and doesn’t need any cables or specific ports.

Note. If you don’t have the Connect to a Wireless Display option, you can enable it through the settings.

Right-click the Start button and go to Settings > System > Projecting to this PC > Optional features.

Find Wireless Display and add it to the settings.

Another option for a second monitor we all have at home is a TV.

Following some easy steps and without requiring any extra cable or adapter, you can set up your modern television as a primary or secondary display for your PC or laptop.